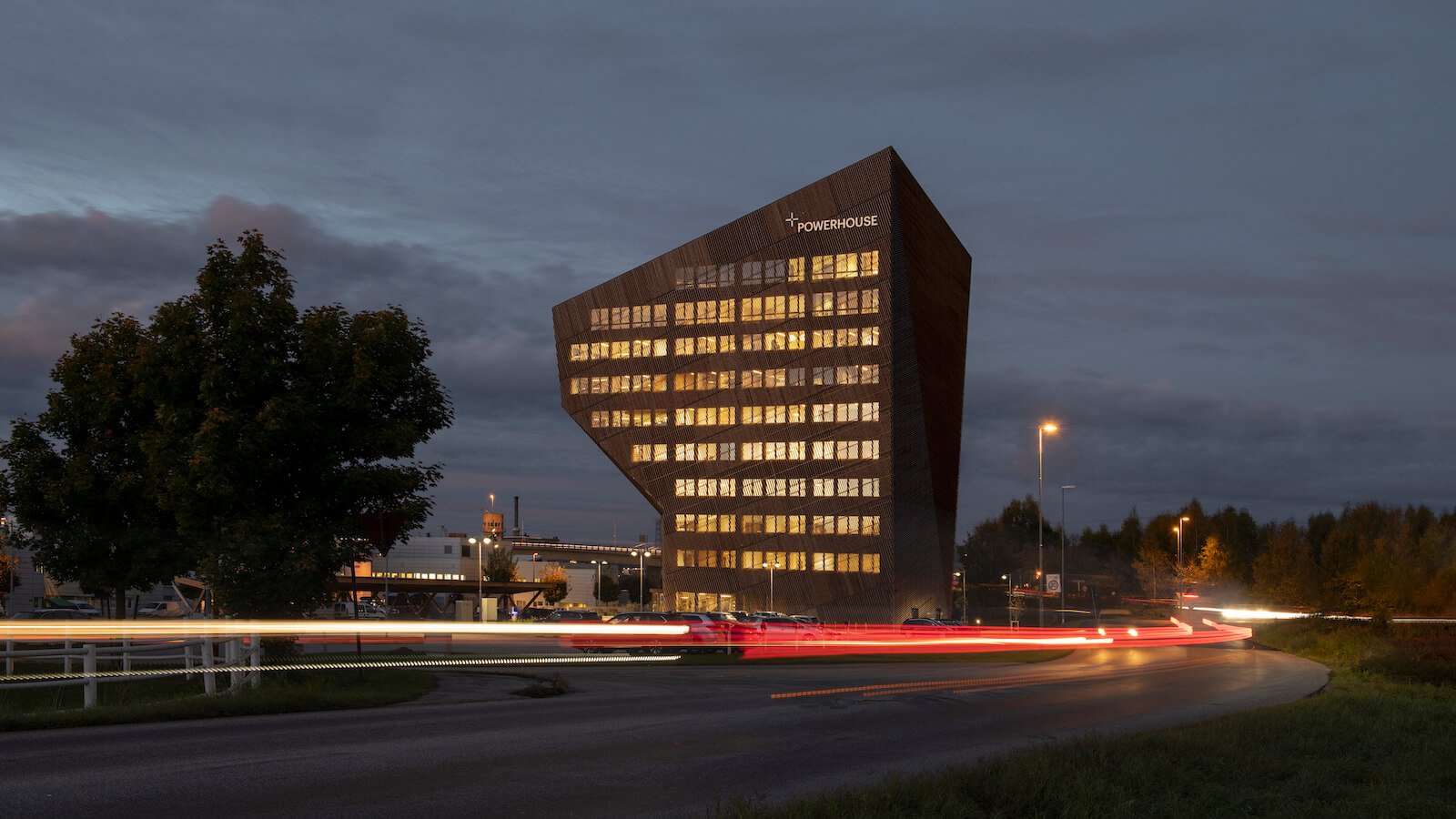 An angular, crystalline structure that will produce more energy than it expends. That’s the core promise of Snøhetta‘s Powerhouse Telemark, a recently completed office complex in the Norwegian town of Porsgrunn. As the fourth entry in the firm’s Powerhouse series of energy-positive Nordic buildings, Telemark advances the mandate even further through a substantial reduction in embodied carbon.

In the darker, colder months — and there’s plenty of them in the Norwegian winter — the stored energy is used to heat the 8,400-square-metre complex.

Thick concrete walls and triple isolated windows help keep all that geothermal and solar energy in. On three sides, the efficient and highly insulated facade is finished in an outer skin of wooden balusters, providing natural shading to the building’s sun-exposed windows.

For all that practicality and performance, Powerhouse Telemark is no bunker. Alongside heavily insulated passive-house walls, there’s no shortage of natural light within as floor-to-ceiling and clerestory windows foster an open ambiance. And on the south-sloping roof, the expanse of solar panels is interrupted by a ninth-storey terrace, opening out to panoramic views of the surrounding landscape.

Hosting a program of offices and co-working spaces, the building features a wealth of sociable spaces, including a gym, a sunlit restaurant and a pleasantly open lobby — not to mention the showpiece terrace. Moreover, easily adaptable floor plates are designed to change with workplace needs, accommodating an evolving mix of private and collaborative zones.

Even so, the building remains a substantial, imposing presence. While buildings with highly efficient heating and cooling are often touted as sustainable owing to their low energy use, the embodied — or “upfront” — carbon footprint of thick, insulated walls often equal many years of operational energy costs. Fortunately, Powerhouse Telemark is different.

For Snøhetta, reducing embodied carbon was paramount. Powerhouse Telemark incorporates locally sourced wood and gypsum, along with tile and carpet made from recycled materials. Even part of the facade is re-used, with the bulky north wall constructed using waste from local demolition projects. (While the surface remains a vacant expanse for now, Snøhetta are envisioning an art competition to provide a dynamic new facade treatment). 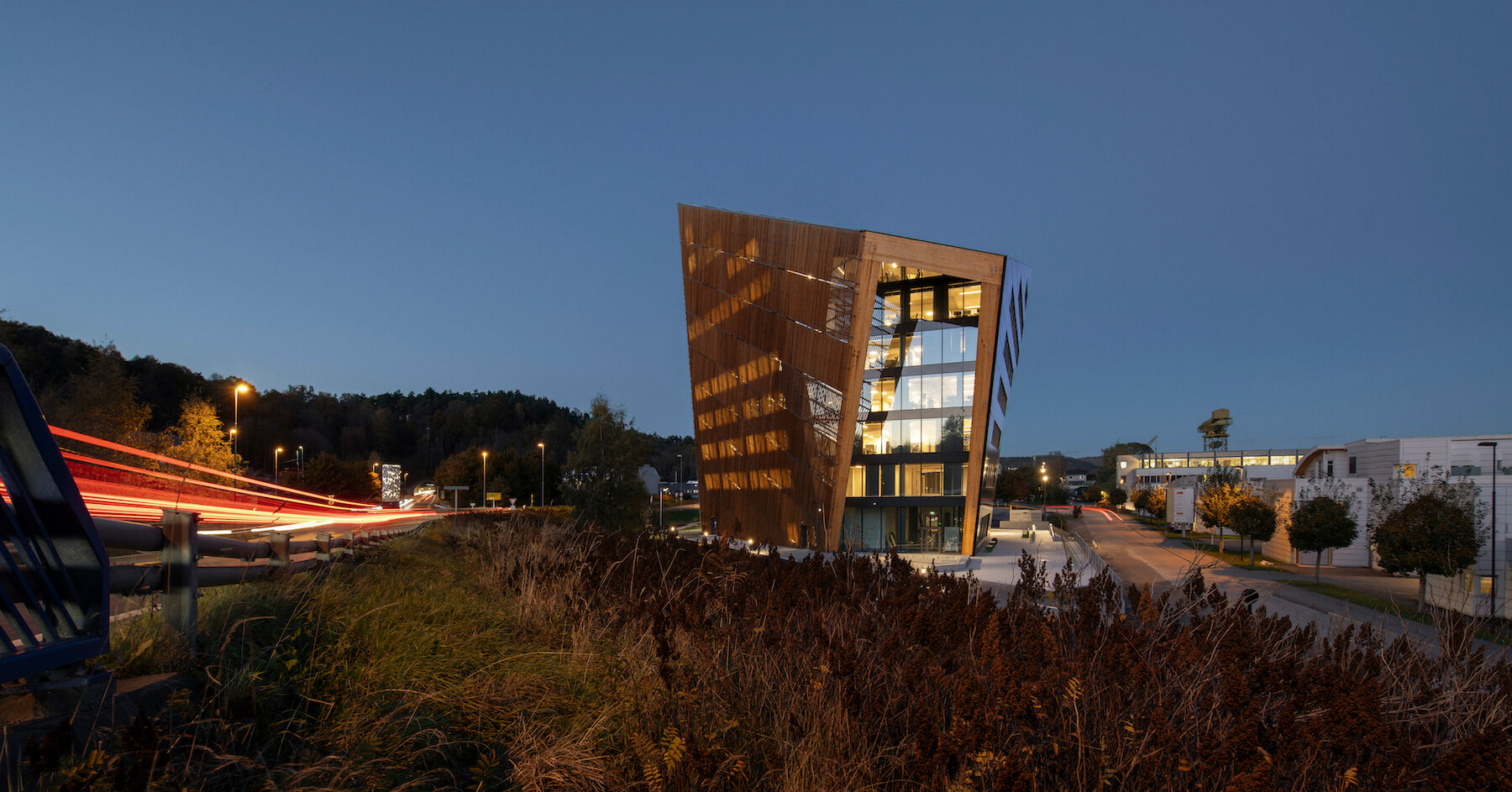 The final result is efficiency without austerity. Harkening to the Telemark region’s history as a hub of hydro-electric power in the 1800s, the building offers a beacon — and perhaps a blueprint — for net-positive architecture in the 21st century.