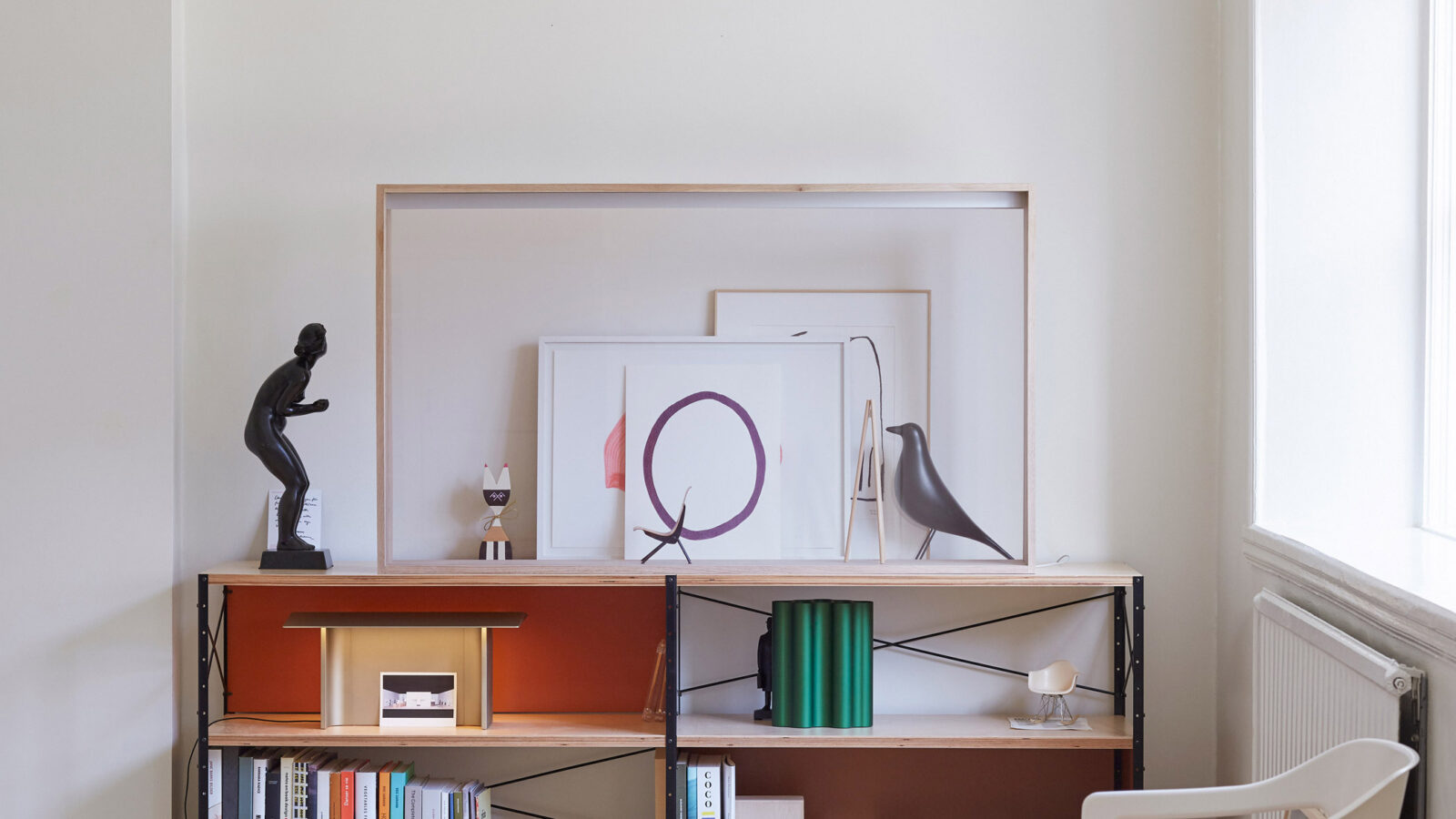 When designers like Ronan and Erwan Bouroullec, Foster + Partners and Yves Béhar turn their attention to the small screen, the results revolutionize the television.

Televisions keep getting bigger. According to Forbes, the average size of new TVs sold in America will reach 52 inches in 2020, with even larger screens already the norm in China and South Korea. But no matter how sleek or minimal the designs, living spaces are becoming increasingly dominated by big, black screens. It doesn’t have to be that way.

As larger screens become a fundamental reality of new TVs, design solutions are mitigating the growing presence of the black screen. Here are five examples by leading architects and designers reimagining the television. 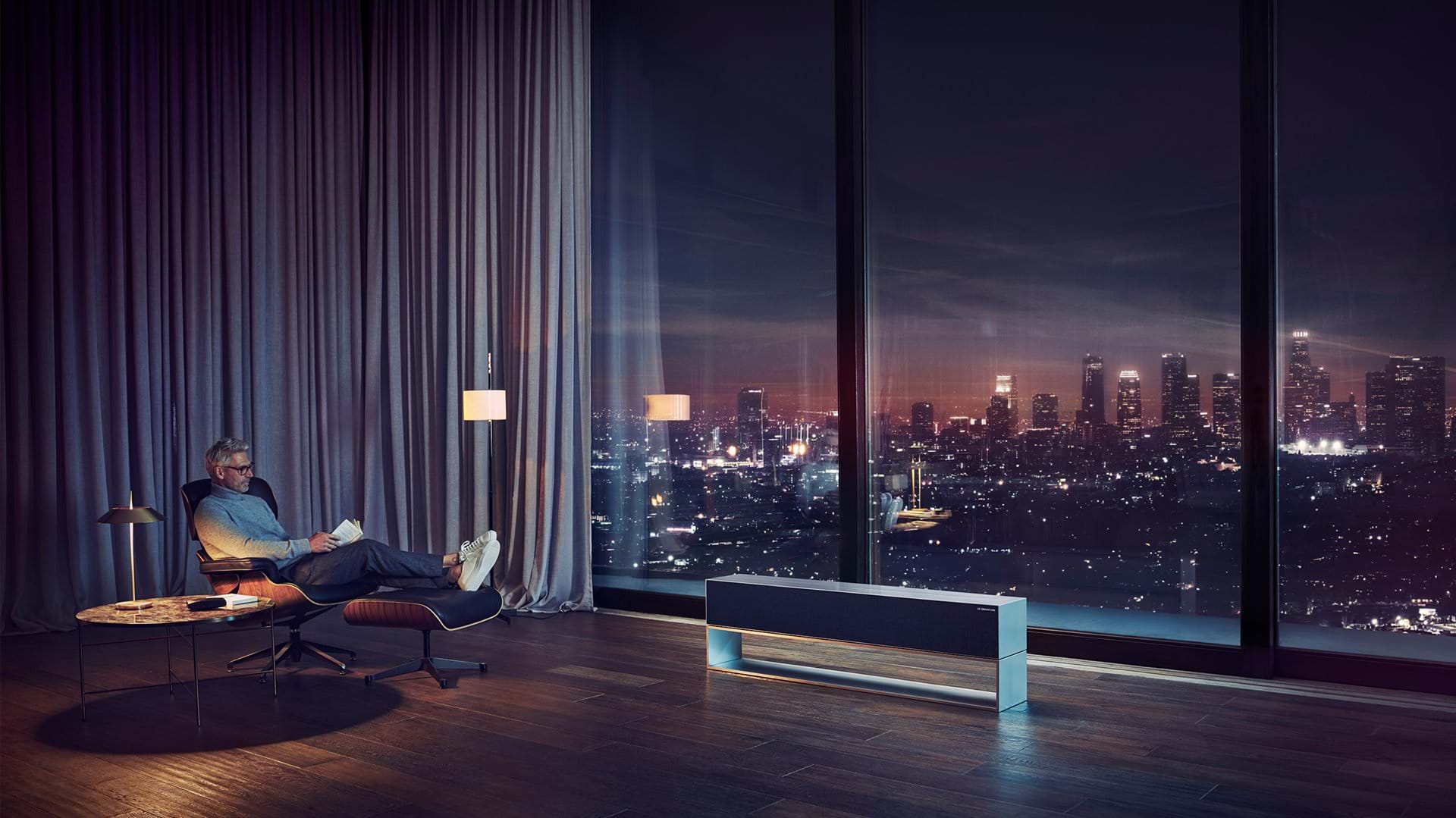 From an elegantly discrete base, the screen rolls down to disappear from view completely. Made possible by LG’s foldable ThinQ screen and Foster + Partners‘ technologically driven design ethos, the LG Signature OLED TV R offers an industry-leading display that doesn’t overwhelm a room. 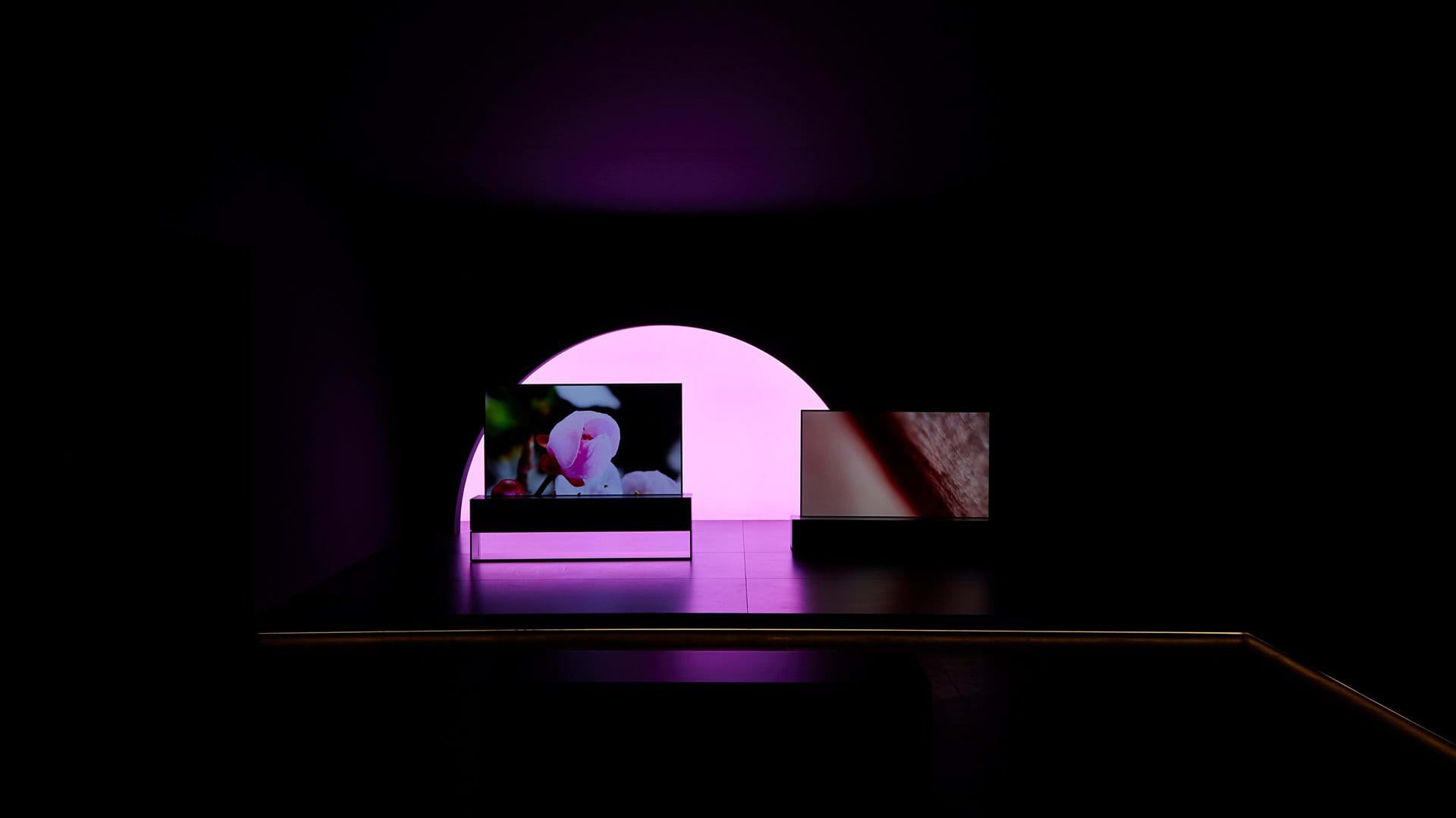 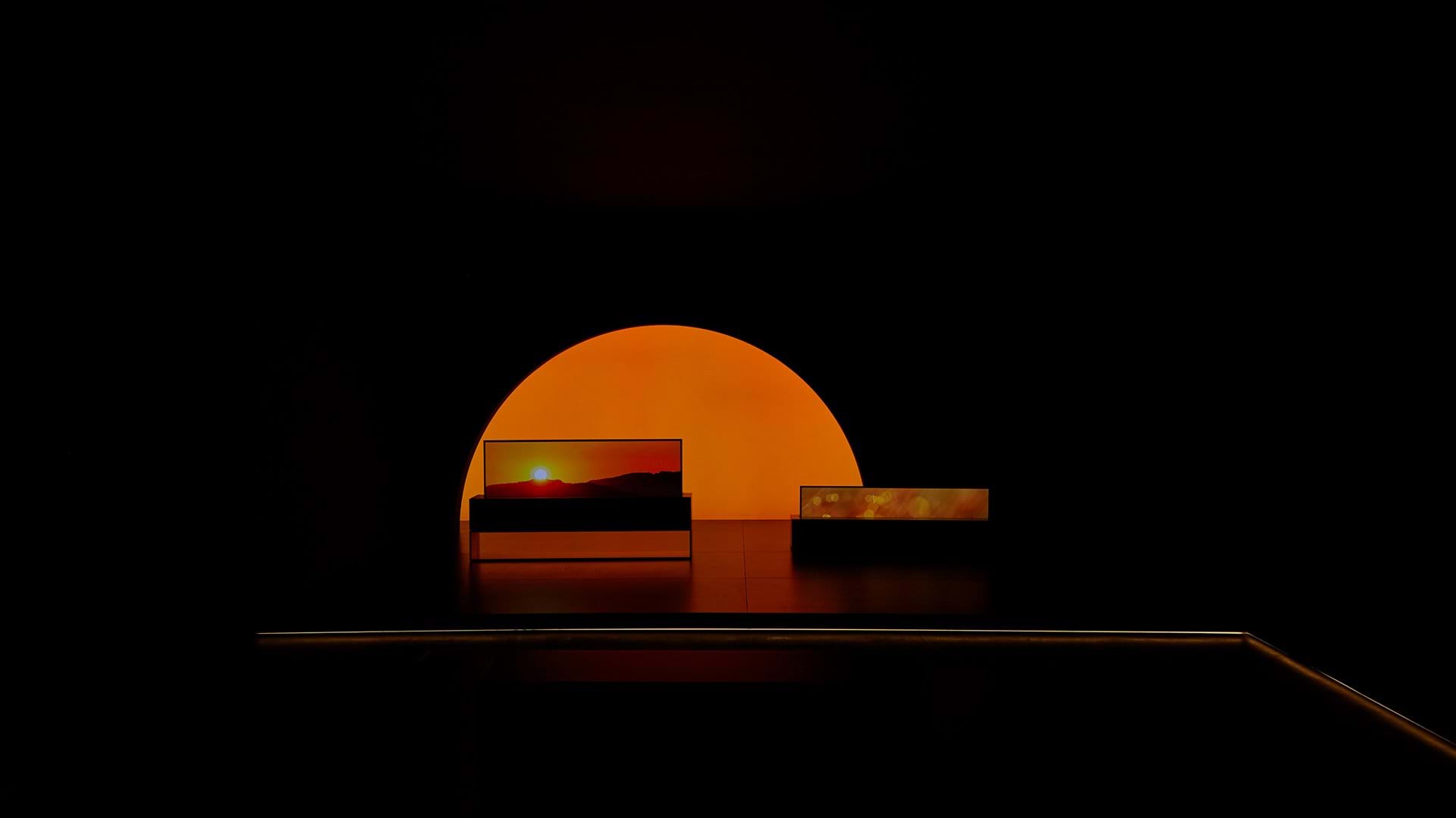 The flexible screen can also be configured as a narrow display above the speaker. Optimized to play music, show weather conditions or display photographs, the smaller screen adds versatility – all while showing off the rolling mechanism. Then, when the 0.2-millimetre-thick display rolls entirely out of view, all that remains is the quiet presence of the elevated speaker. 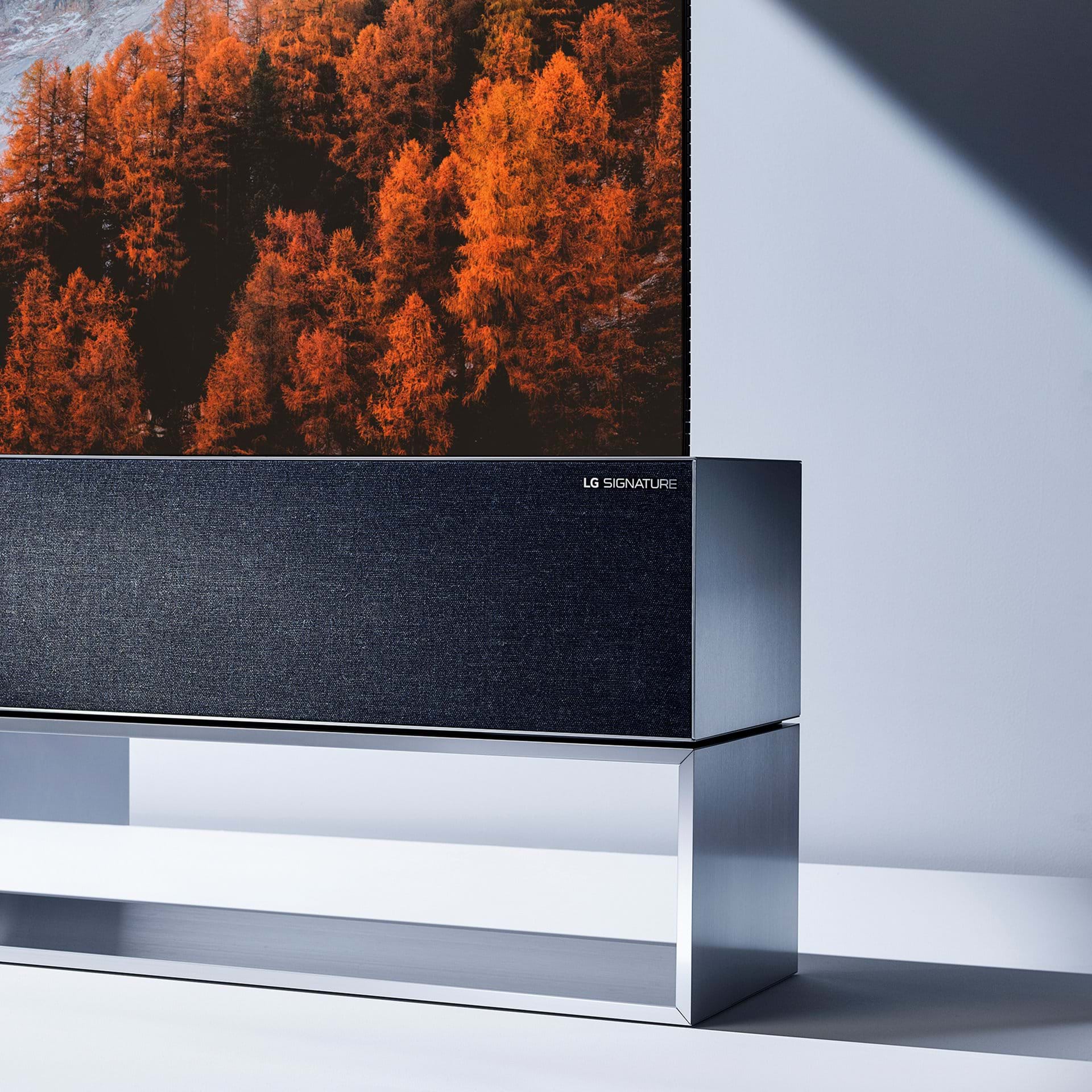 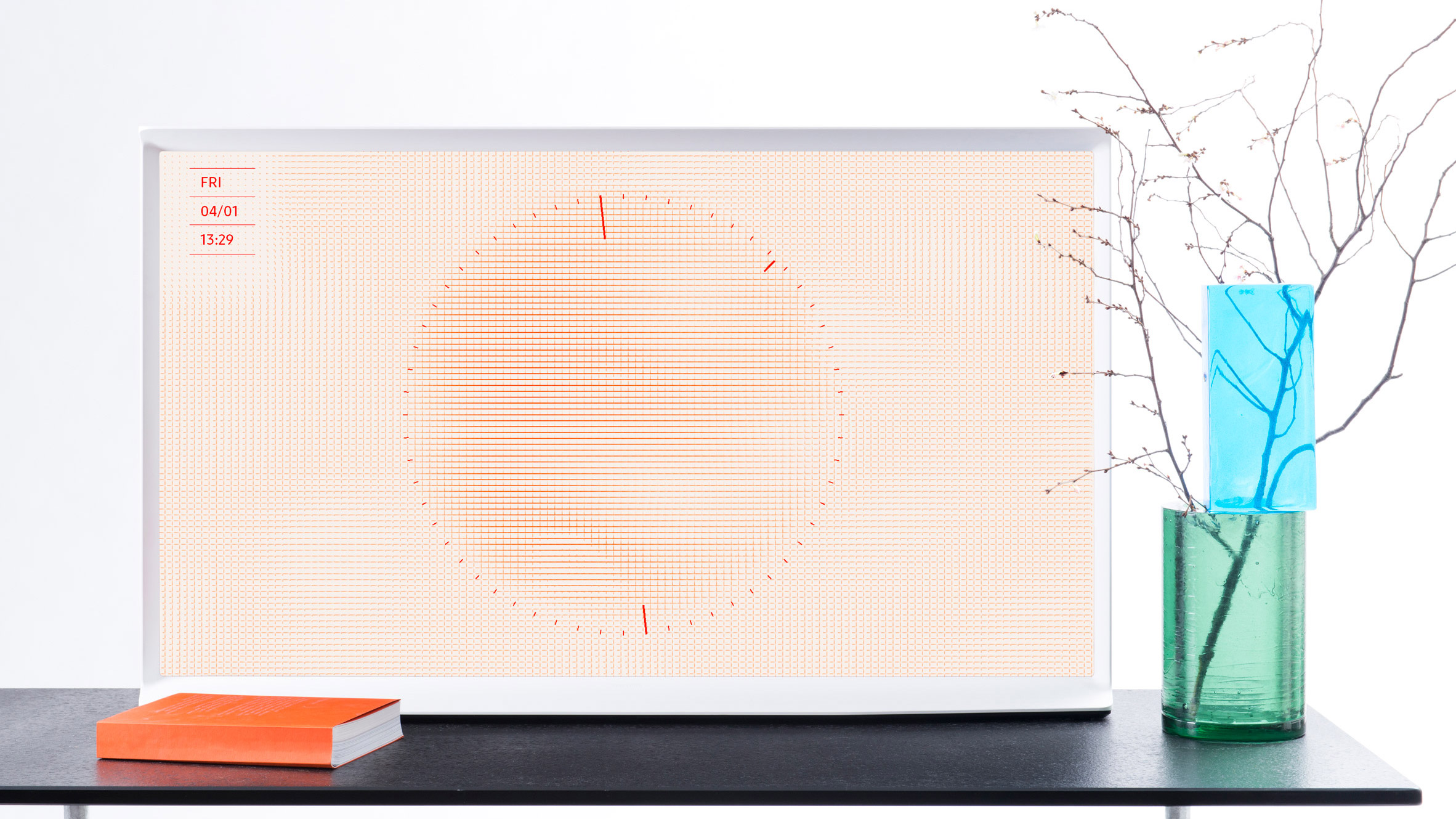 In 2015, French designers Ronan and Erwan Bouroullec tucked a television into a sculptural frame. Dubbed Serif, the TV – which could be integrated into the space atop an easel-like stand or as a free-standing frame – favours the inviting aesthetic of residential furniture over the polished sheen of technology. 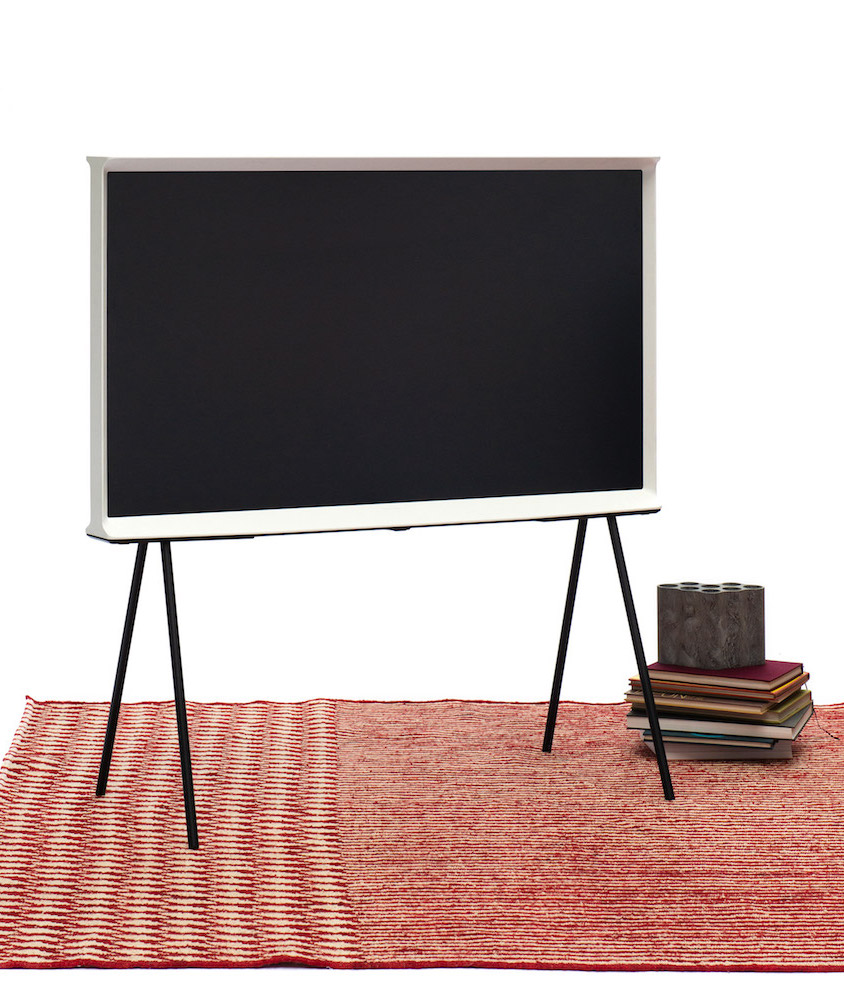 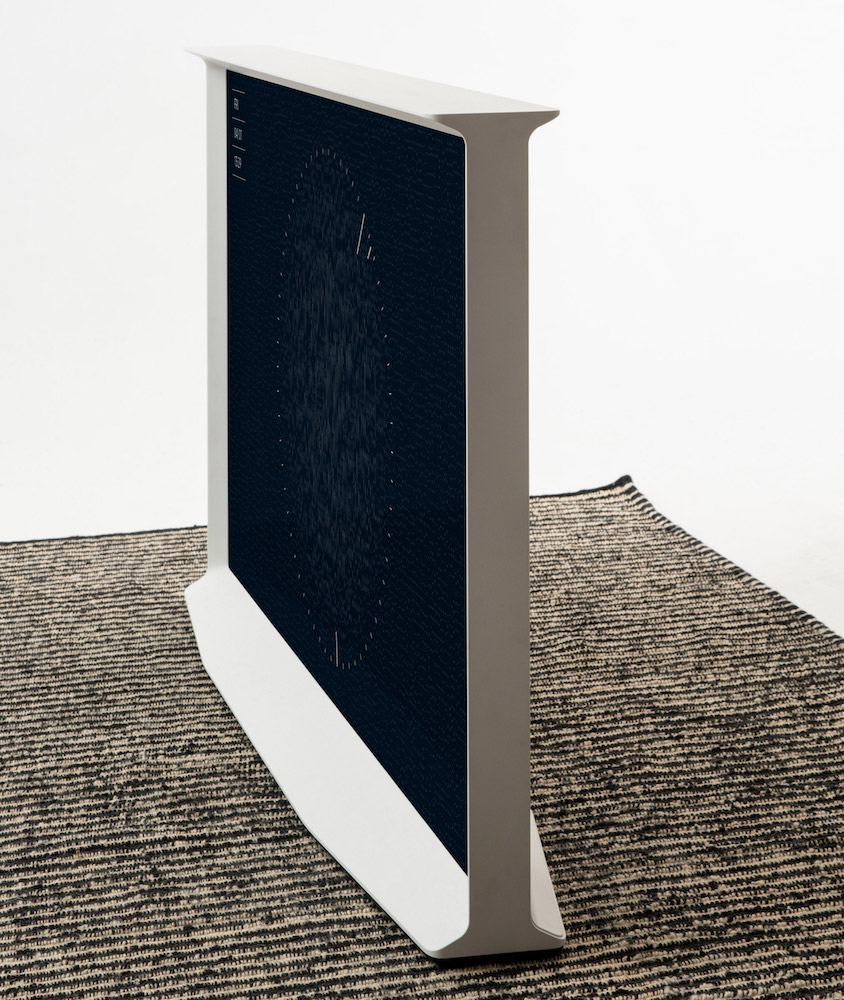 This year, the design was updated with Serif 2.0, with three new (and enlarged) sizes, as well as a slightly refined look that retains Serif’s contoured I-shaped profile. In addition, the TV now features an ambient mode, which transforms the screen into a more muted display – becoming a large clock or a piece of art – when not in use. It’s a TV screen hiding in plain sight. 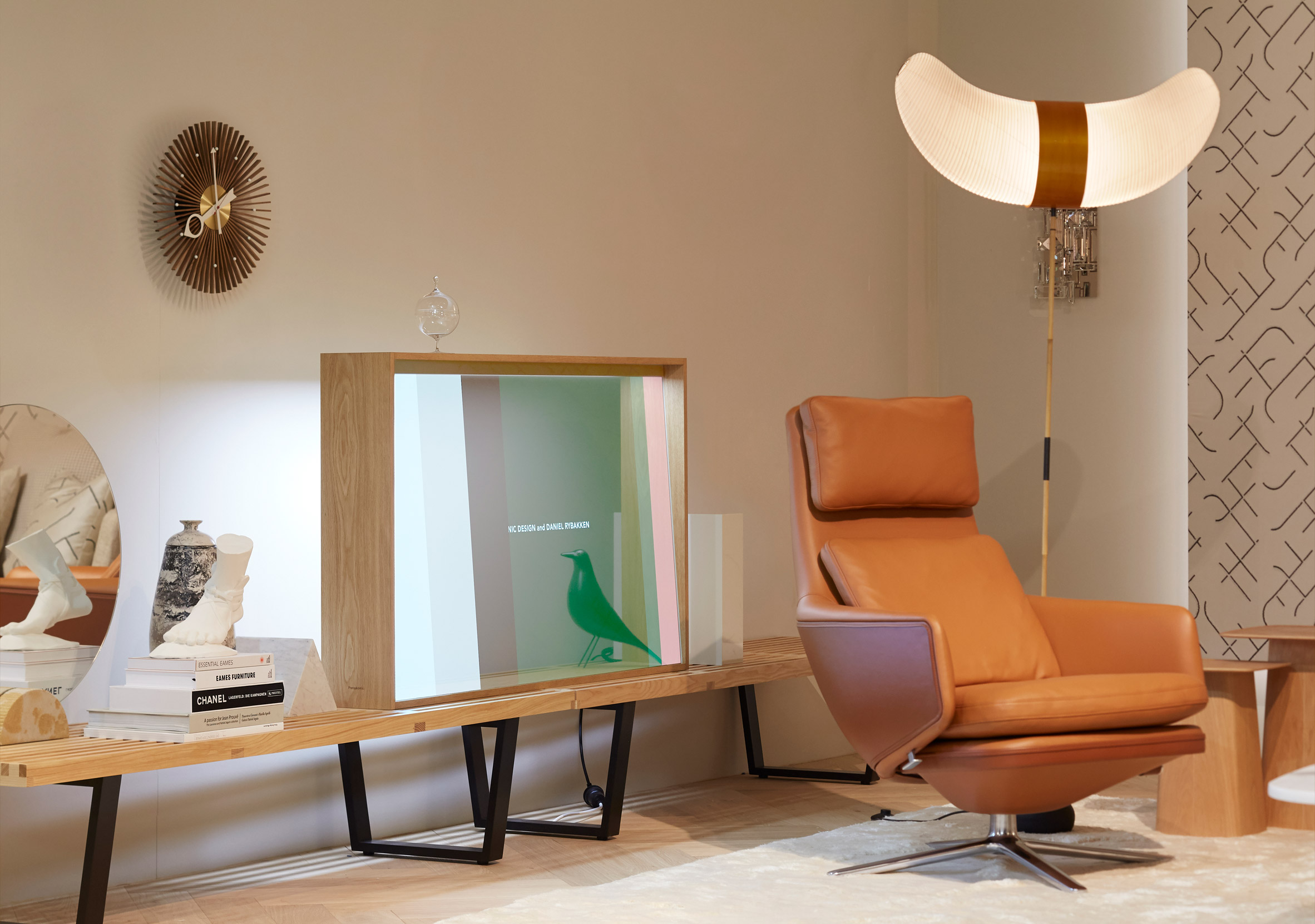 The electrical cord is the only giveaway. Otherwise, Vitra and Daniel Rybakken‘s radically pared down design presents itself as a simple pane of glass – standing at a slight angle – in a wooden frame. Defined by clean lines and natural wood tones, Panasonic Vitrine reads as an elegant piece of decor. 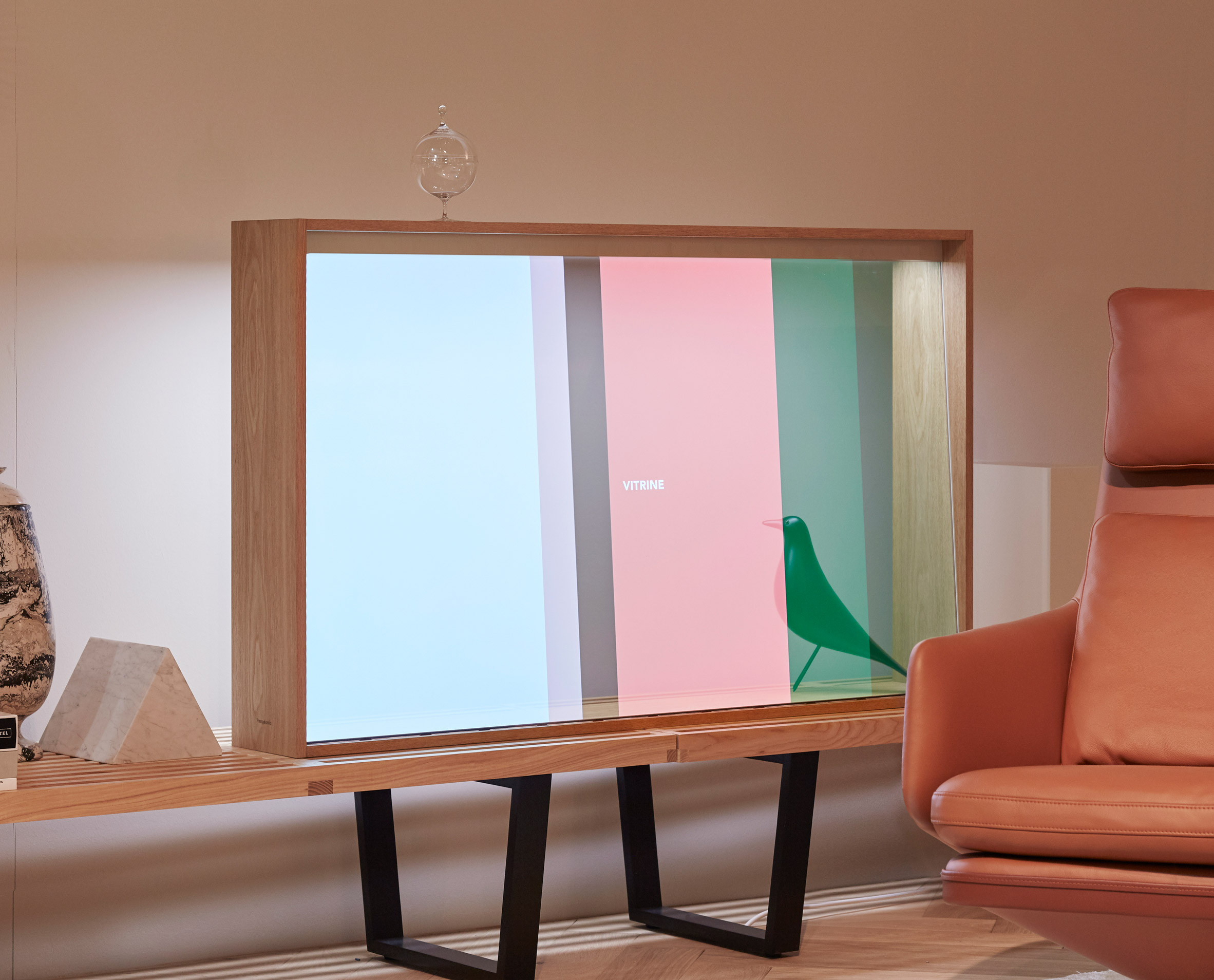 The transparency of the OLED screen means that the television can actually be used a decorative frame when turned off. “The model carefully balances between art and design,” says Rybakken. “As a screen it no longer dictates its placement nor its role in the living space.” 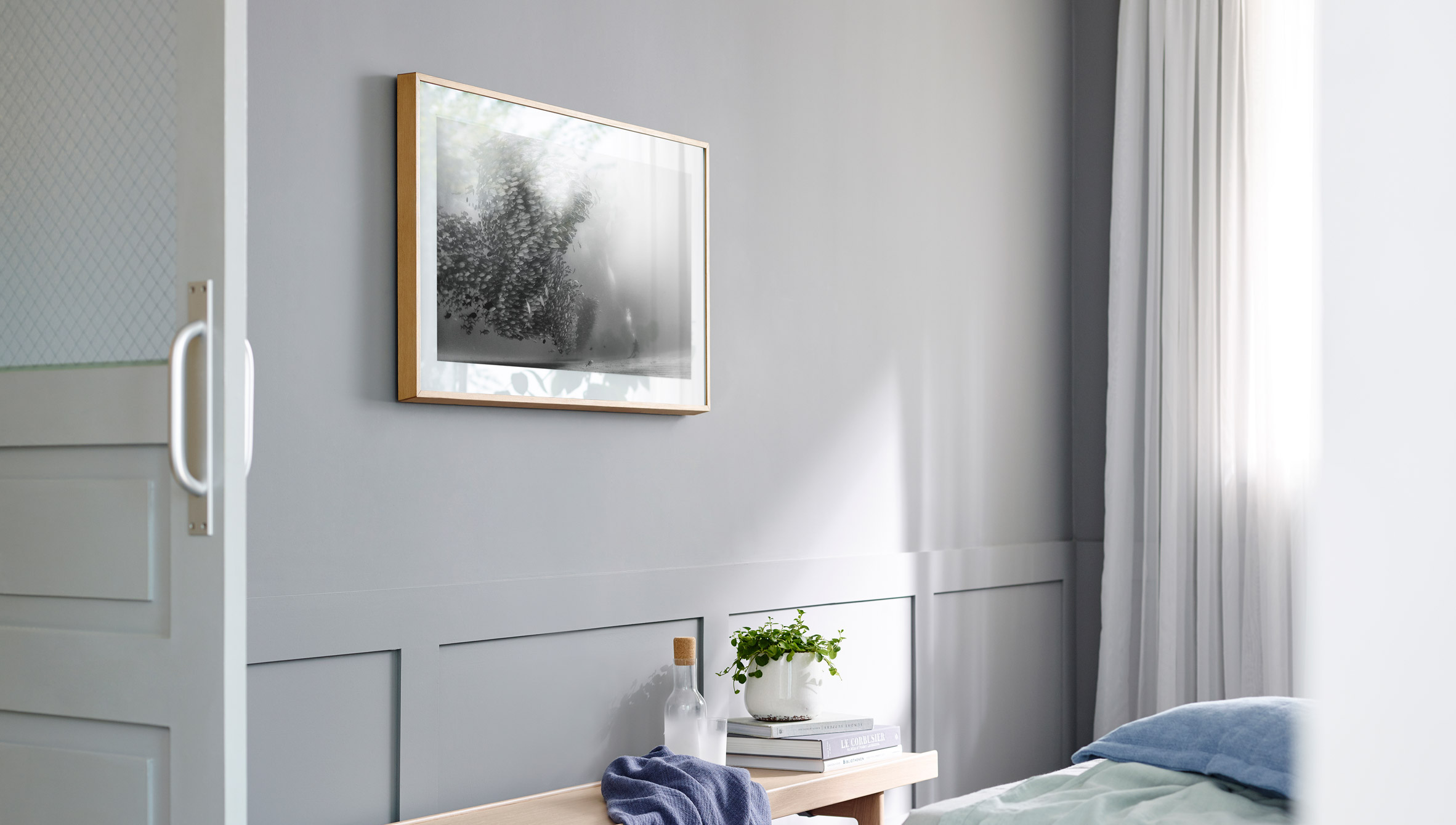 Samsung calls it “art mode.” Even when the television is turned off, the screen can stay alive, displaying a range of artworks – optimized to fit the display – that are available via Samsung art library. To complete the illusion, Yves Béhar‘s design can be framed like a painting, with bezelled frames sold alongside the TV. 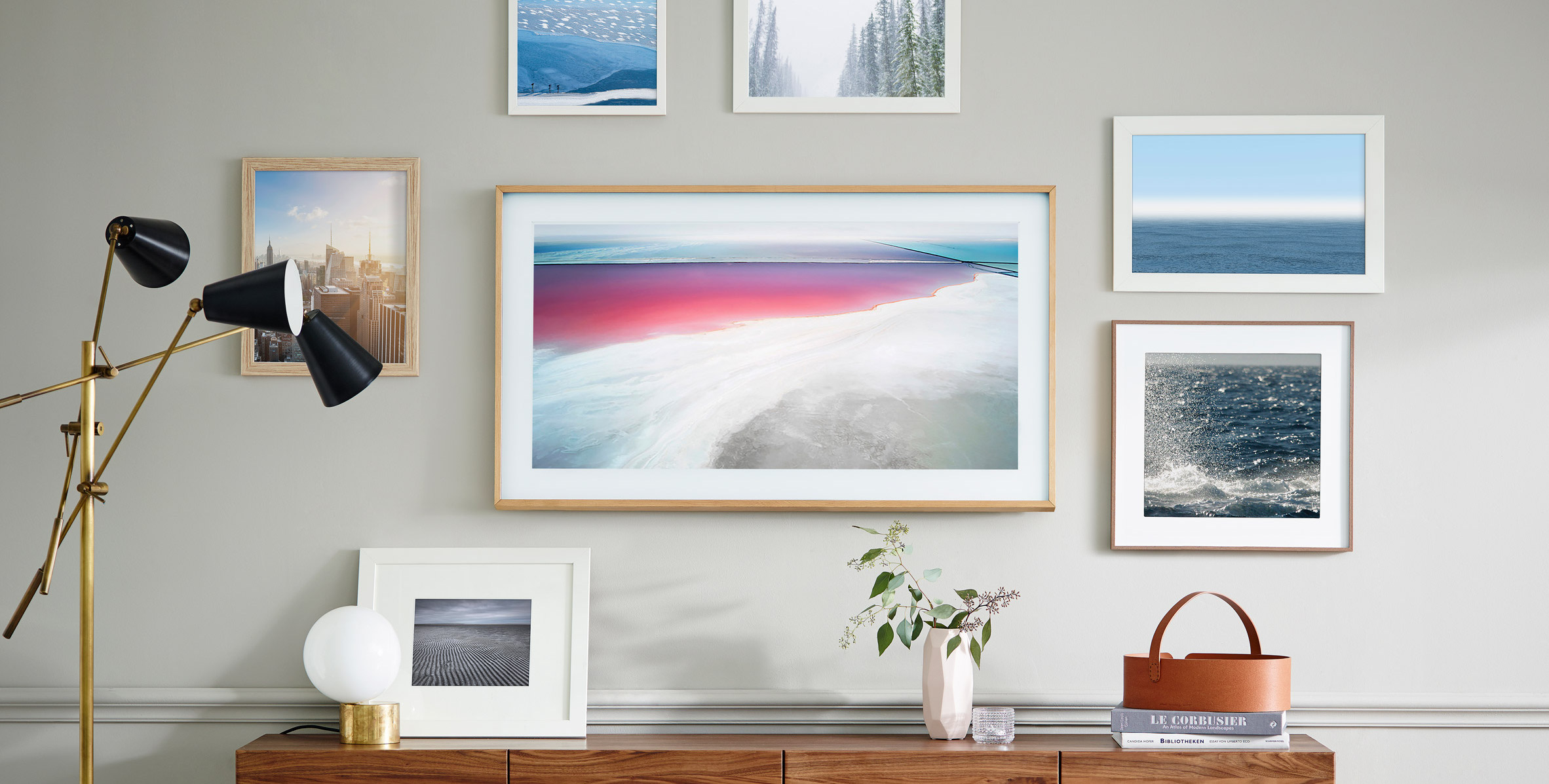 “In our smaller homes and apartments, when a television is off, its black square takes up valuable real estate,” said Béhar, marking Frame’s initial 2017 release. In 2019, the TV was updated with an improved display and a range of new sizes and customizable frame options. 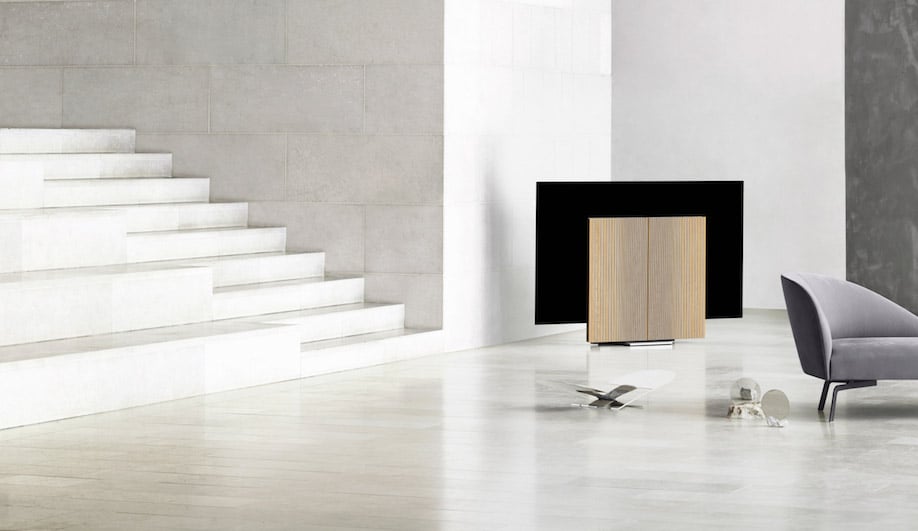 With a click of the remote, the 77-inch screen rises to eye level from behind its oak and aluminum speakers. Then, with another push of a button, the speakers fold to cover the lowered screen with an unobtrusive presence. 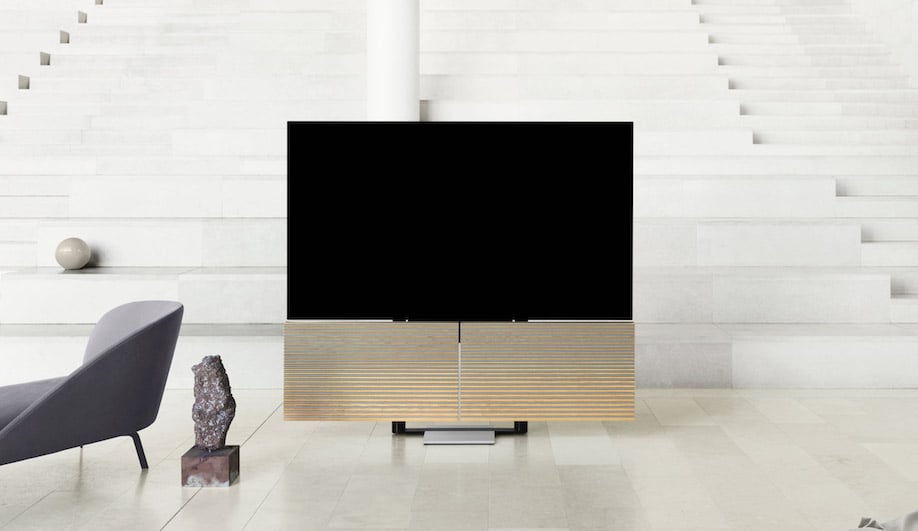 Bang & Olufsen’s approach presents a (comparatively) low-tech solution to mitigate the presence of the screen. In using the speakers to cover the screen, the design emphasizes the Danish company’s industry-leading acoustics through a sort of mechanical ballet. (See our Salone del Mobile 2019 coverage of Beovision Harmony for more).

When designers like Ronan and Erwan Bouroullec, Foster + Partners and Yves Béhar turn their attention to the small screen, the results revolutionize the television.