Q&A: Gaetano Pesce on What Young Designers Need to Know
The Italian maestro talks to Azure about designer responsibility, collaboration and the mundialization of countries. 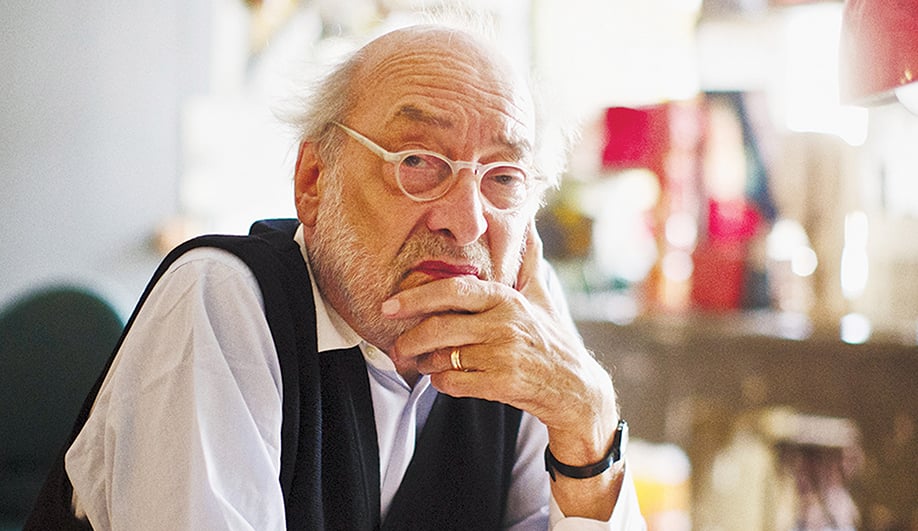 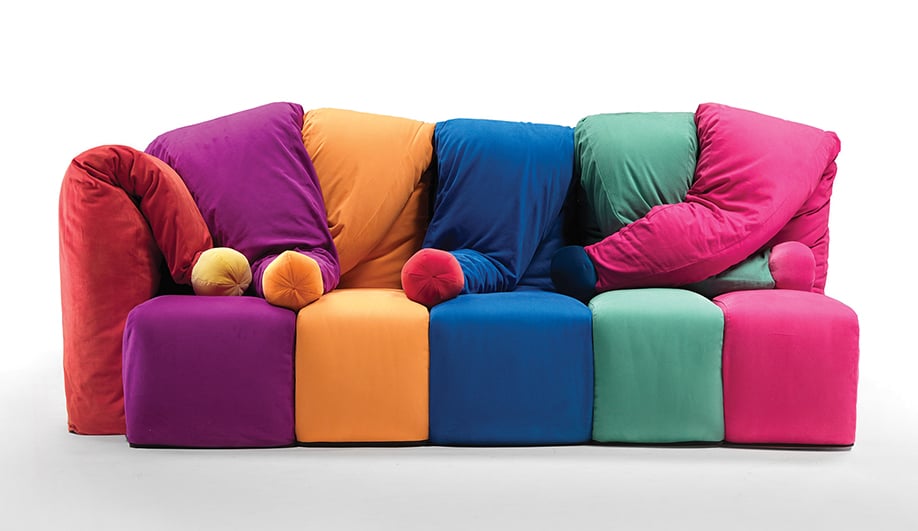 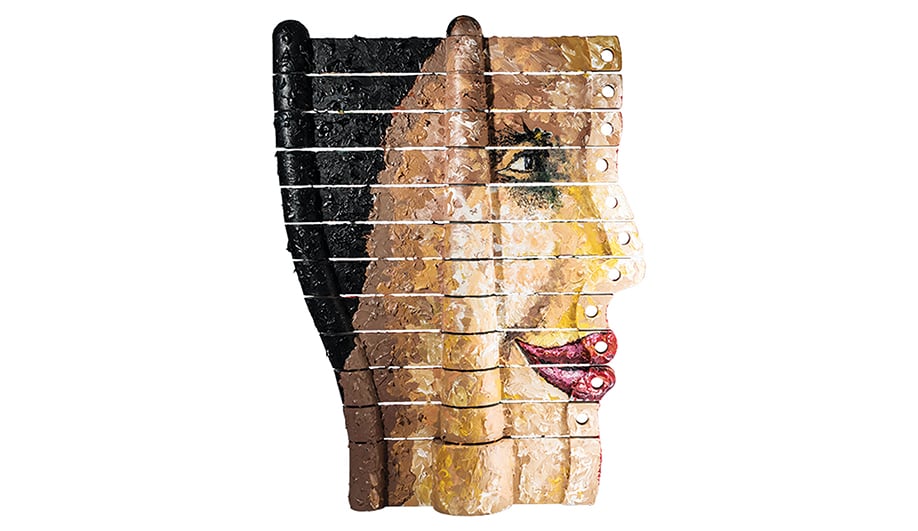 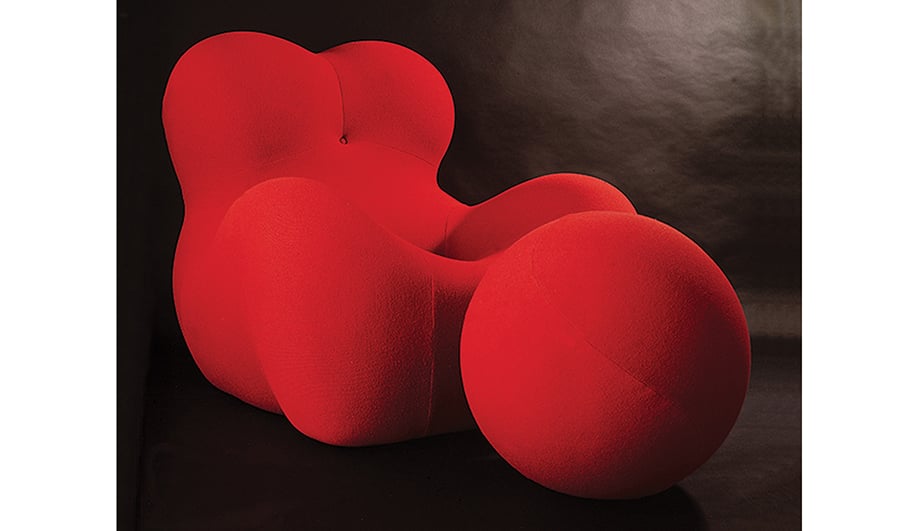 Up is still in production with B&B Italia. 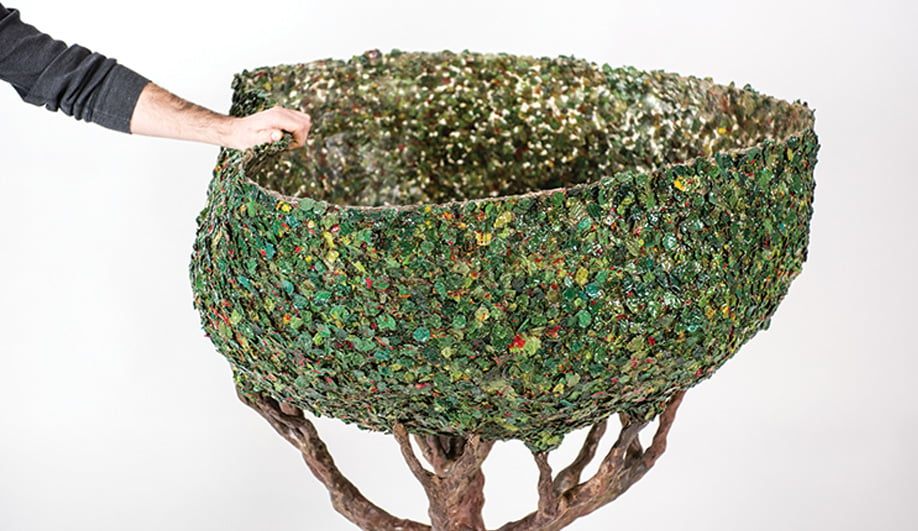 The Italian maestro talks to Azure about designer responsibility, collaboration and the mundialization of countries.

At 76, Gaetano Pesce is still as relevant as he was in 1969, when he launched Up 5 and 6, a vacuum-sealed chair, which expanded into the shape of a voluptuous figure chained to an ottoman. The set was meant to symbolize the societal restraints imposed on women, and it could easily be considered the first piece of feminist furniture ever built. It’s also just one of the many defining moments in a career marked by a parade of wildly fun and clever designs – most notably his resin vases, which wobble when touched.

Ahead of Pesce’s appearance as the guest of honour at the sixth annual AZ Awards gala back in June, we wondered what words of wisdom he has for the next generation – straight from a man who never followed anyone’s advice but his own.

What is the most important responsibility for designers in the 21st century?
To make people think using recognizable form – meaning the figure. This is the future of design. Talking through images. And to help users understand something more advanced than what they are used to seeing. Look at the computer: it is able to commu-nicate to people in different languages, in a universal way, by using images.

This seems to be an art perspective, of encouraging users or viewers to see more than what’s in front of them.
Yes. If design is able to express content that is related to religion, or that expresses a political view, or the reality of the everyday, in that moment design is an art. It is no longer secondary to art. If designers look for innovation – and are not concerned only with making objects that are useful, but that also have philosophical content – they are making art, no question.

Much of your design work has had an Italian ref­erence. Is the idea of a national design still relevant?
Not the nationality, but the expression of the place, is very important. Intelligent designers have to be able to recognize and express a spirit, not in terms of material but in terms of the soul of a place. For 40 years, I have said that the mundialization of countries is the worst thing we can do. When you go to a modern art museum in Tokyo and you find the same kind of thing you find in New York or Stockholm, that is horrible. We need to be able to express the differences of places and of cultures.

Your intervention in the production process seems particularly relevant today. What effect does it have when you involve other people in the design?
When you collaborate, your work becomes more complete. I arrived at the point where I not only opened my collaboration to others, but I opened the possibility of the material to be free to do certain things that I couldn’t imagine. In 1975, I asked some employees at Cassina to each make drawings on table­tops. At the beginning, they said they were not artists and not able to do what I was asking. I said everybody is an artist, just try, and they did, and they succeeded. In the future, I believe we will be able to make objects as a process to be completed by the user, where the user will have to intervene with his or her own creativity to complete the process.

If you create something, it gives you a much deeper sensation.

What do you think designers should keep at the top of their minds?
What I keep in mind is innovation, to provoke progress. Nothing else.