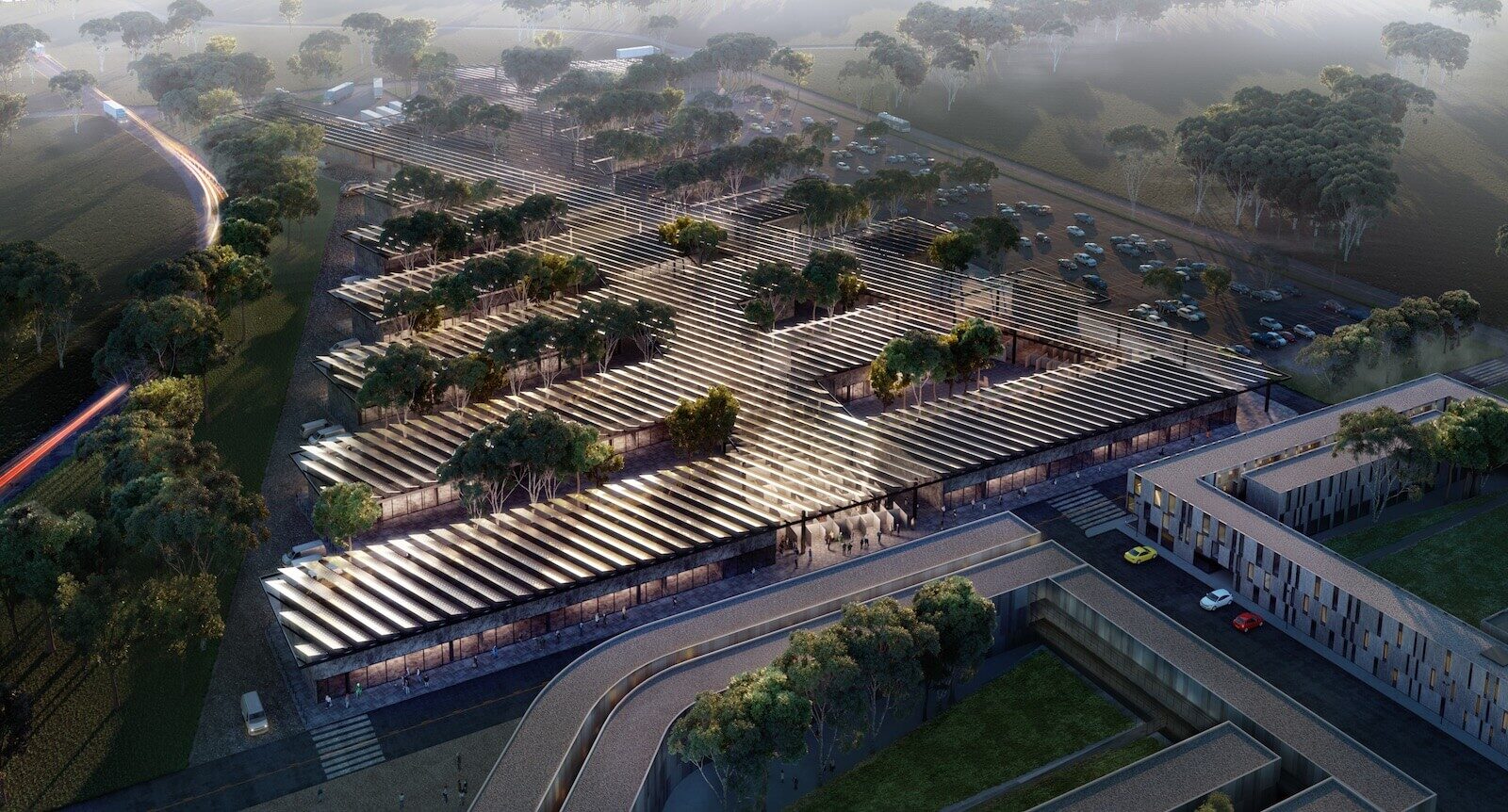 Q&A: Felipe Correa on How Cities Need to Evolve

The (until recently) globe-trotting Chair of Architecture at the University of Virginia on ecological and social resiliency, public space, housing and more.

Felipe Correa has been studying urban centres around the world for decades. He has written about cities of varying scales and densities, most recently in a book titled São Paulo: A Graphic Biography. While traveling far and wide, he also co-helms Somatic Collaborative – a research-based design practice he leads alongside Anthony Acciavatti and Devin Dobrowolski in Brooklyn and in his native Quito, Ecuador – and teaches architecture. Formerly an associate professor at the Harvard Graduate School of Design, he has held the position of Vincent and Eleanor Shea Professor and Chair of the Department of Architecture at the University of Virginia since 2018. It is at UVA, where he focuses on megacities such as Jakarta, Mexico City and New York City, that Correa is currently completing (with Dobrowolski and Anthony Averbeck) the research project “Collective Living and the Architectural Imaginary.” Conceived as a catalogue and traveling exhibition, it brings together over 60 housing case studies from the 20th and 21st centuries, in order show how the discipline of architecture has helped shape how we live collectively, and hallucinate on the lifestyles of the urban dweller in the decades to come.

Sebastián López Cardozo recently caught up – remotely – with Correa to talk about the then, now and future of cities.

Let’s for a moment think to the post-pandemic future. How can major cities present a more sustainable and resilient model?

There are three challenges that many major urban centres will have to confront as they continue to improve quality of life for its citizens. First, they need to improve and update mobility systems. We need to move beyond mono-functional mobility infrastructures inherited from the second half of the 20th century and invest in transportation projects that serve as the backbone of more integral urban developments. This is one of the major claims we make in São Paulo: A Graphic Biography, where the re-organization of mobility infrastructure along the Tietê River can spearhead a new open space project that renews the forgotten connection between city and river.

The second one involves updating and expanding open space in cities. Parks are not only spaces of leisure – they have myriad other purposes, including water management infrastructure and controlling air pollution. As cities continue to cover surface area with additional buildings, cities must be inventive in how they provide new forms of open space. This can happen by rescuing significant amounts of residual spaces that cities produce over time. For example, the decommissioning of freeways or the closure of inner-city airfields – and their transformation into urban parks – has served many cities across the globe well. At Somatic Collaborative, we’re currently working on a vision plan for the Brazilian city of Manaus that addresses this specific issue by gradually restoring the Mindu, a small inner-city river that for decades has been the city’s junkyard, into a new urban amenity for its citizens.

Finally, the third – and perhaps most important – challenge is to rethink the future of housing, and in particular collective living in urban areas. As the nature of how we live, work and socialize in cities evolves, we need to ask ourselves not only what housing typologies will look like, but also what models of domesticity and urban life they will enable. Housing composed in high-density blocks provides a very different urban lifestyle and respond to a very different market than mid-rise courtyard clusters. It is essential for us as architects to visualize and critically assess how high-density housing, in its multiple forms of existence, can continue to improve urban life beyond the simple aggregation of units. 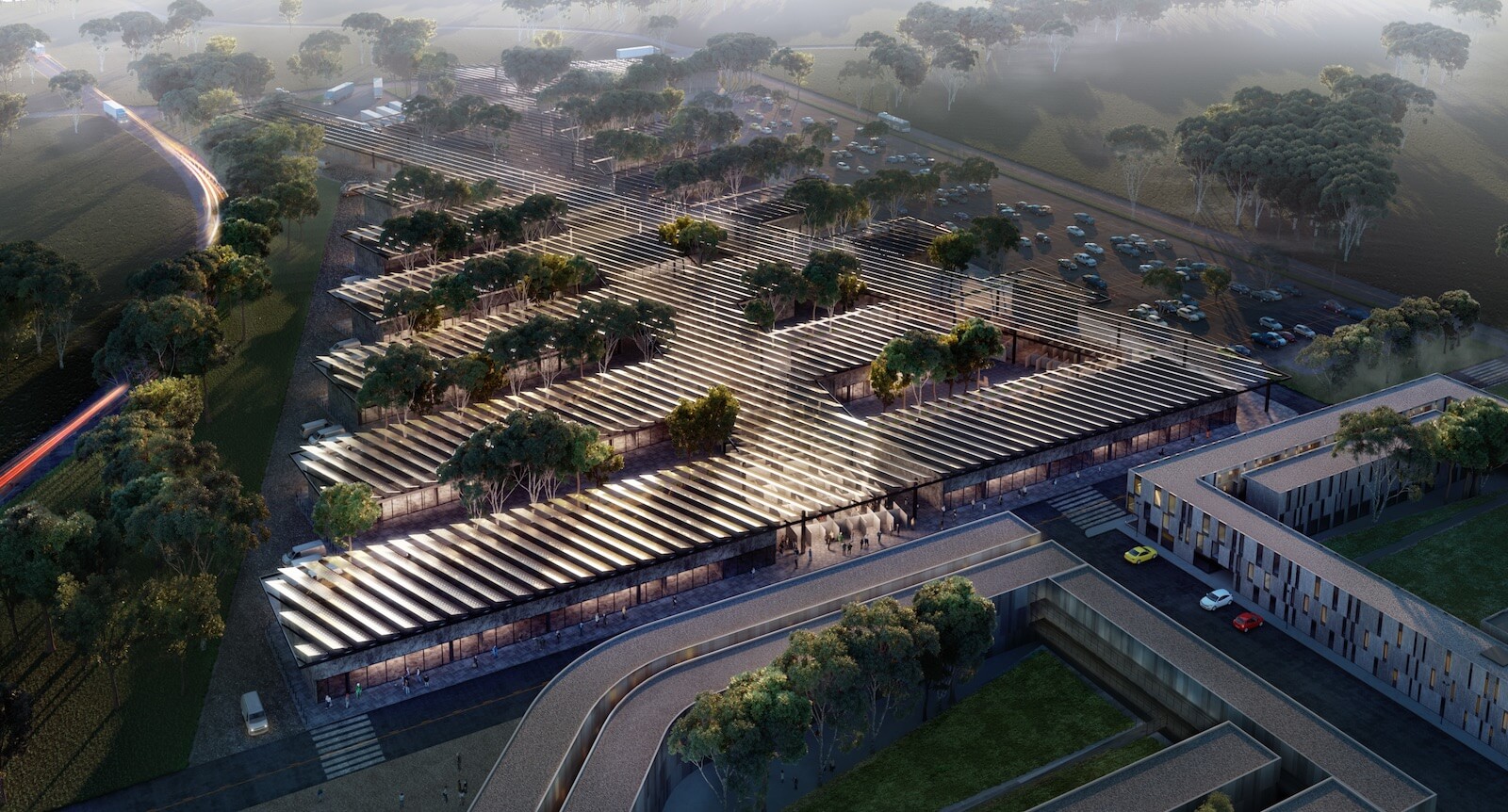 The All in One project by Somatic Architecture would introduce a new mixed-use, live-work district to Rio.

Many essential workers are forced to commute great distances to get to work in areas they cannot afford to live in. In New York City, for instance, it’s been reported that areas with the highest poverty rates also see the highest use of public transit. While certainly there are numerous factors that exacerbate inequality –most notably job insecurity, low wages and lack of access to healthcare – the pandemic makes it clear to architects, urban designers and urban planners that we need more affordable housing. Does the pandemic demand a renewed interest in the idea of social housing?

Yes, among the many inequities that this pandemic has brought to the forefront, the issue of affordability in housing is extremely evident. We can illustrate this with one specific example: NYC hospital staff – which should be deemed essential regardless of the crisis – has on average one hour of travel time to and from work, which is an extremely exhausting commute for an industry that works on a 24/7 schedule. The New York Times’ Winnie Hu wrote about this back in January 2018 and placed most of the blame on a crumbling mass transit system. I would argue that the issue goes beyond mobility infrastructure and is rooted in a lack of affordable housing in close proximity to medical centres – a condition that is most extreme in Manhattan where the cost of land and the market make high-end luxury condos the most desirable niche for developers.

Yet, the greatest asset of the Manhattan grid is its ability to constantly re-invent itself and adapt to emerging urban pressures. I am sure today, once again, that in the DNA of the grid one can find the possibility to up-zone certain areas adjacent to major medical facilities in order to provide more affordable housing and mid-range market rate housing. This would not only involve the provision of housing units but also upscaling the infrastructure and services that are needed as part of domestic urban life.

In general, we should focus on making our cities better and more equitable, rather than quickly and recklessly redesigning them to fit the temporary demands of the pandemic. What is truly important is to take this opportunity to think about how we can improve our cities and make them more just and resilient, so that when the next pandemic comes, less inequity exists.

Both of us are living in particularly large, dense cities — you in New York, me in Toronto. Over the past few decades, and quite in contrast to the post-war-era rise of suburban living, these kinds of places have been increasingly desirable to most people. Yet, a New York Times article declared density the “big enemy” in the fight against coronavirus. Should we expect to see any changes to this trend in the years to come?

Cities and density have been part of civilization for millennia. Despite the fact that urban density can accentuate the transmissibility of diseases, it’s important to remember the paramount relevance of cities in bringing people together to advance the economic, political and social objectives of our societies.

We’ve actually seen that many parts of suburban and rural America are not immune to the ferocity of coronavirus. This is the case in Iowa and Texas, for example, where low-density counties are reporting an extremely high number of cases.

It is also important to remember that cities, because of their infrastructure and the capital they accumulate, have a much greater ability to put together resources to combat pandemics. Despite the high number of cases in New York, the city still had a greater number of intensive care beds per capita than many suburban and rural areas of the country. For me, the question is less about abandoning cities, and more about what we can do to make them better and more resilient to pandemics such as the one we are experiencing today. We cannot give up on them so easily. 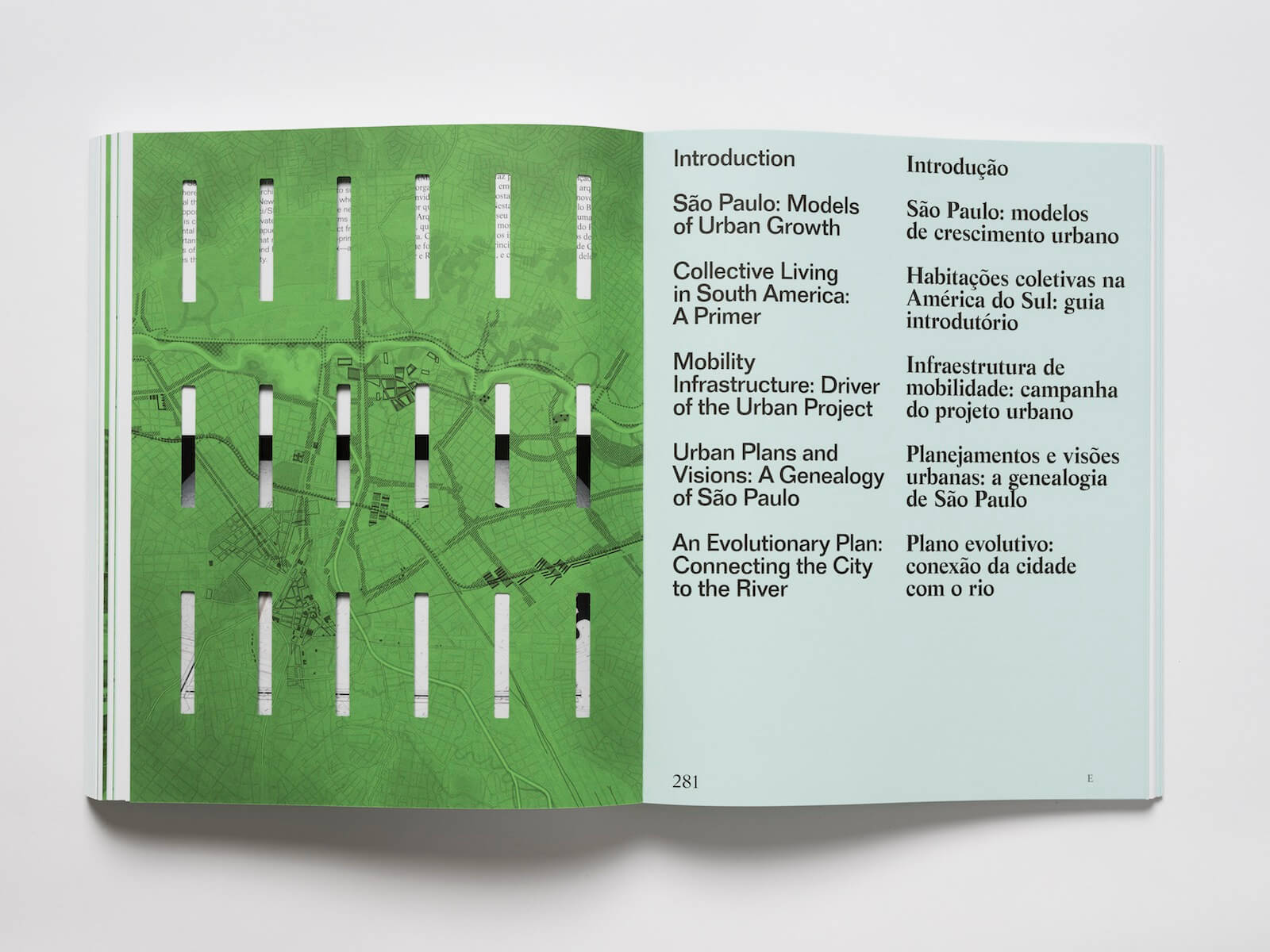 São Paulo: A Graphic Biography, by Felipe Correa, charts the city’s fast-paced growth. The book’s themes were also explored in an exhibition. 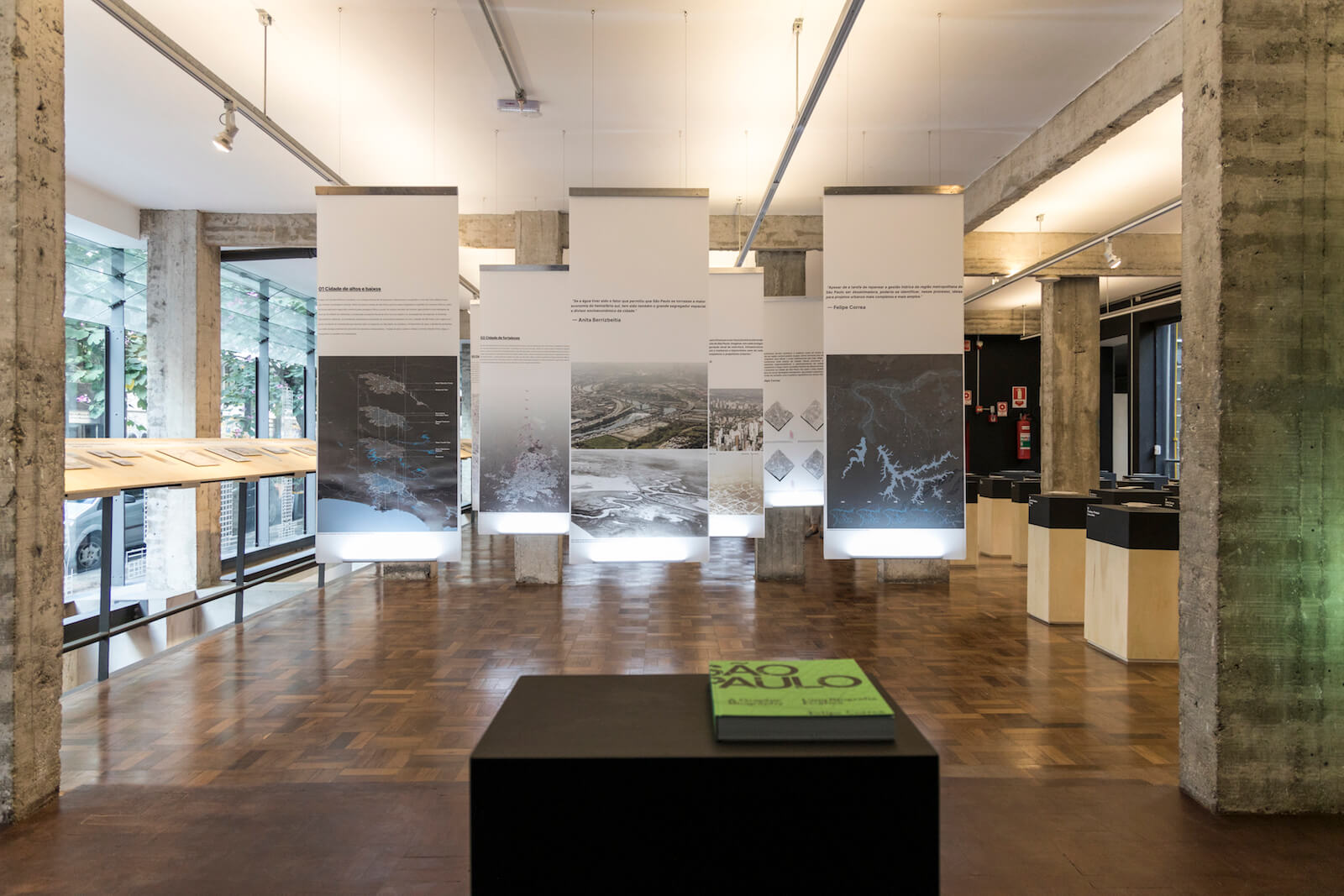 What are some key improvements – whether in the form of design strategies or public policy – that cities can make in order to bolster the argument for more density in the midst of the pandemic?

We need to think about the future of urban living along three inter-related paths: increasing true public space in our cities; rethinking the role of the urban home by moving beyond the land-use zoning silos inherited from the 20th century; and re-imagining streetscapes.

Working remotely is more effective than ever, so what we’re going to see is a fundamental shift in the way we conceive housing by expanding the notions of home. Today, we continue to live in cities with mid-20th-century zoning models, with office space generally segregated from residential space by district. As people continue to work from home or establish hybrid models between home office and conventional office spaces, where we live and where we work might require less strict differentiation.

Meanwhile, as office space shrinks in cities, we will have to rethink how this square footage gets retrofitted into other uses. The pandemic has accelerated an urban condition that we had already been witnessing for a while: the gradual eradication of brick and mortar stores. When you walk through many parts of Manhattan, you see an extremely high volume of unoccupied ground-floor retail space. This is an opportunity for cities to rethink a new urban vision for the streets – one that might bring programs and uses that previously could not afford streetfront rents. As we continue to see physical stores disappear at unprecedented rates, we need to ask ourselves: What kind of street life do we want in the post-coronavirus era?

This relates, of course, to public space as well.

If there is one lesson I have learned from this pandemic, it is how absolutely essential true public space is in cities. Today we are witnessing a gradual erosion of proper public space in favour of endless models of public-private development. Yet, during such a strict quarantine, the only urban spaces that have served as an escape to “sheltering in place” in Manhattan apartments – that on average are around 60 square metres – are parks. Central Park, East River Park and Hudson River Park among others have given breathing room to millions of people from a broad socio-economic spectrum that otherwise would not have access to safe open space.

Yet, the pandemic has also revealed that not everyone in NYC has equal access to good quality public open space. For example, many high-density areas of the Bronx and Queens have much less immediate access to park infrastructure than in Manhattan. Rather than fleeing the city, we should aim to create better inner-city open spaces where we can all temporarily escape the city.

The (until recently) globe-trotting Chair of Architecture at the University of Virginia on ecological and social resiliency, public space, housing and more.