Q&A: Toronto’s Department of Unusual Certainties
One local research and design collective uses ideas, insights and data to push urban planning into the future. Azure chats with two of the three partners, Brendan Cormier and Christopher Pandolfi, to find out how they plan to save our city. 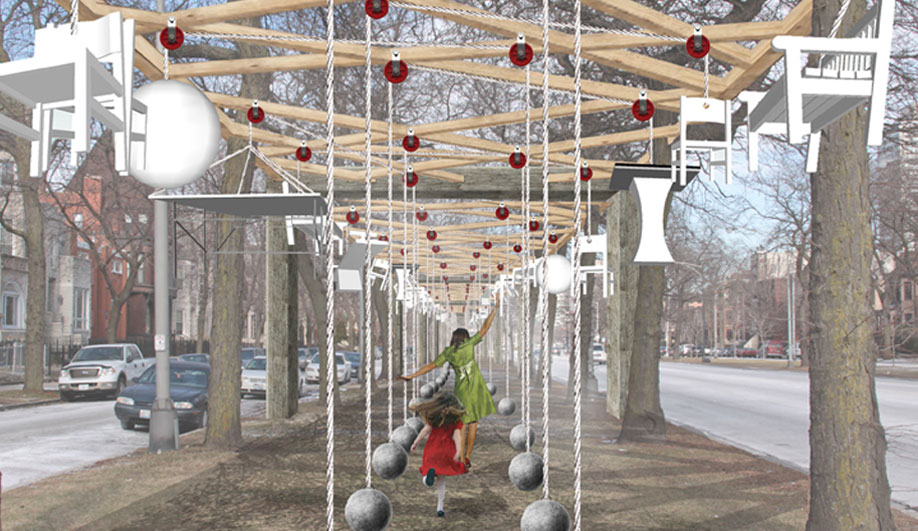 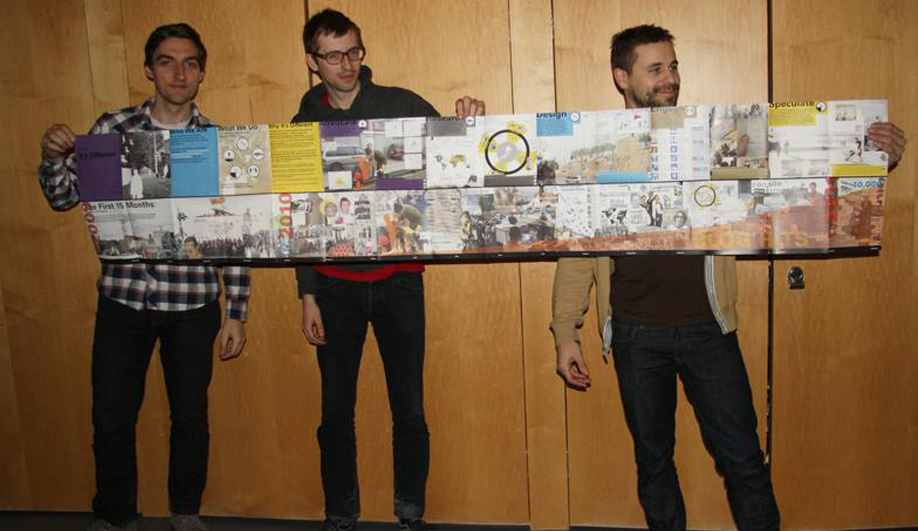 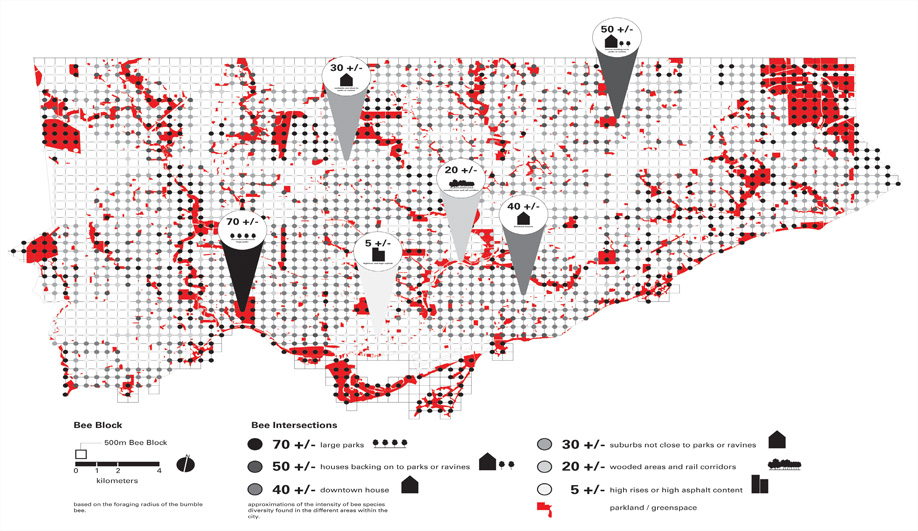 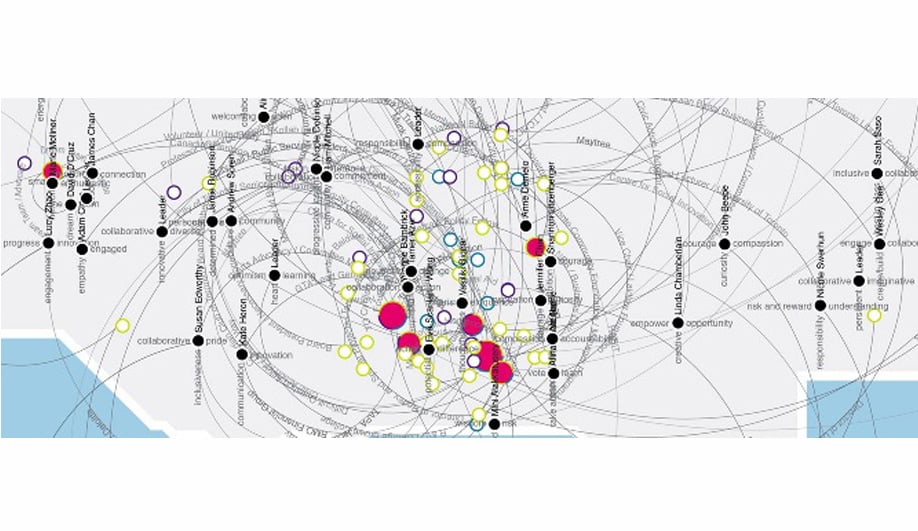 Brendan Cormier, Christopher Pandolfi and Simon Rabyniuk formed the Department of Unusual Certainties to explore the built environment in whole new ways. The trio has a knack for unearthing hidden patterns, such as unravelling how the geography of Toronto’s green corridors affect bee populations.

Azure: What does your name mean?

Brendan Cormier: “Unusual” is anything that breaks perceived logic. Observing unusual things is often a starting point for us. As far as “certainties,” we think cities are inherently unpredictable. Historians are good at constructing a narrative where the outcome makes perfect sense. But when forecasting the future it always breaks down. The only certainty with cities is that they evolve and change. That’s what we’re most interested in.

Christopher Pandolfi: There is also a question of control. Contemporary cities have little control over their next budget let alone their future, and in most cases they have little time to adapt.

AZ: Sauga 2030: A Retrospective Science Fiction, your contribution to a bigger exhibit called Meet Us On The Commons traces the history of Mississauga, Ontario, into its future, until the year 2030. You paint a somewhat grim outlook for this suburban area, i.e., food scarcity, rising gas prices and tax burdens. Are these inevitabilities?

BC: We were being deliberately hyperbolic to get people thinking about how we use our environment and the consequences that might have in the future.

The project is set up as an iPhone app that directs people to different parts of Mississauga and when they reach a location they’re prompted to press a play button. A broadcast drama plays out and it’s set in the year 2030. Rather than moralize about the future, it’s more about getting people to imagine the suburbs in a different way.

CP: The vignettes are always from the vantage point of a particular character. One example is the appearance of agro-communes; citizens who have banded together to grow their own food and have created architectural communes, rendering single-family homes obsolete. It’s interesting to imagine your current status and insert yourself as a player.

AZ: You’ve got a display up at New City Landscape, another exhibit where you point out that parkettes are often planned as an afterthought. Is there a better approach?

BC: There are over 500 parkettes in Toronto, and we think they provide an opportunity for designers to explore small-scale ideas. Also, because parkettes operate at the neighbourhood level, they allow citizenry to take ownership and come up with new uses for them. What’s necessary, though, is for the city to allow this to happen.

AZ: So what do you consider good urban design these days?

BC: Urban designers work for the city and developers, and all three ensure each other’s mutual survival. This tends to be where things are at right now, and that means urban design is at its most banal. Good design doesn’t fall back on convention, it comes up with site-specific solutions and experiments with different tools and partnerships. That kind of thinking is rare unfortunately.

CP: In our view, Toronto needs more sustainable housing. Is our city ready to handle a population influx, particularly the kind that’s brought on by a crisis of some kind? I’m not sure urban designers are up for that kind of demanding thinking. Those are the kind of topics we’re really interested in, and what we want to keep exploring.

Works by the Department of Unusual Casualities are on exhibit at the following locations: Meet Us On The Commons, until September 11, at the Art Gallery of Mississauga, 300 City Centre Dr. New City Landscape, until September 18, at the Harbourfront Centre, 235 Queens Quay W, Toronto. Play>Nation, until October 10 at the Design Exchange, 234 Bay St. Toronto.