A Unique Bridge Concept in Germany
The curving RheinRing concept unites Cologne's riverbanks and its iconic bridges within a massive loop. 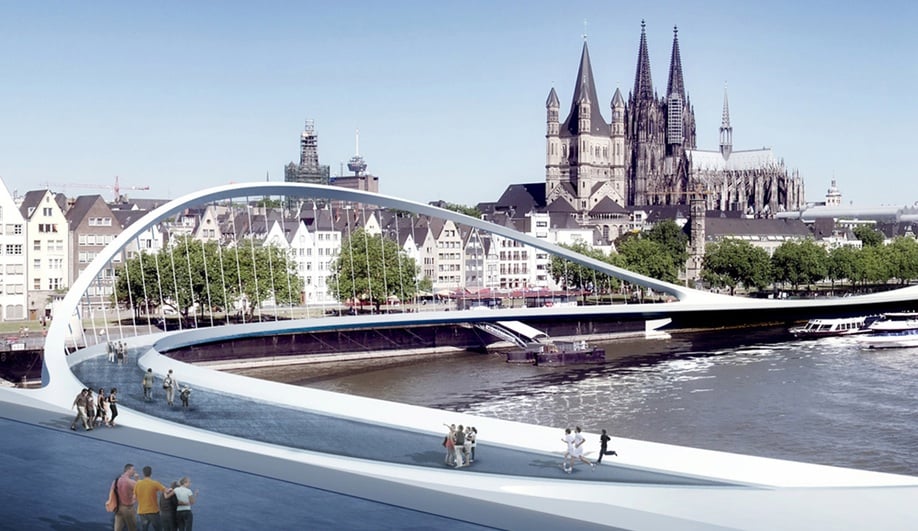 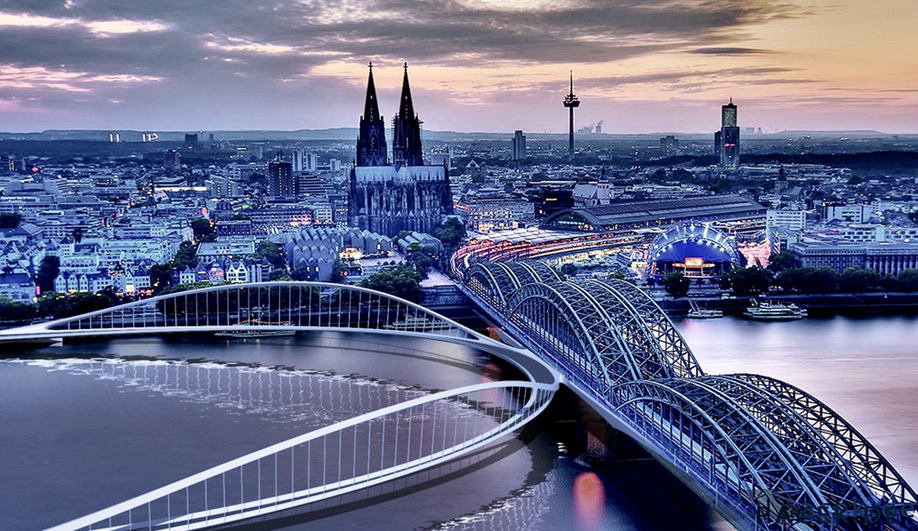 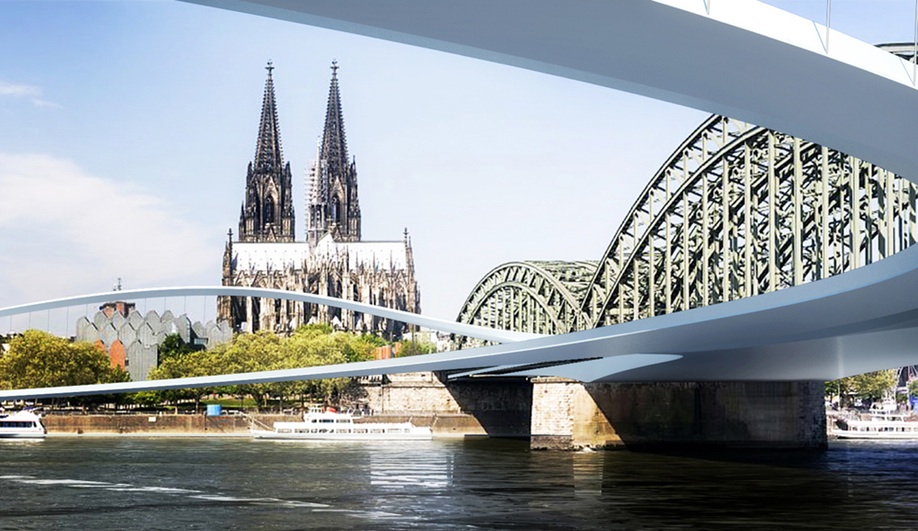 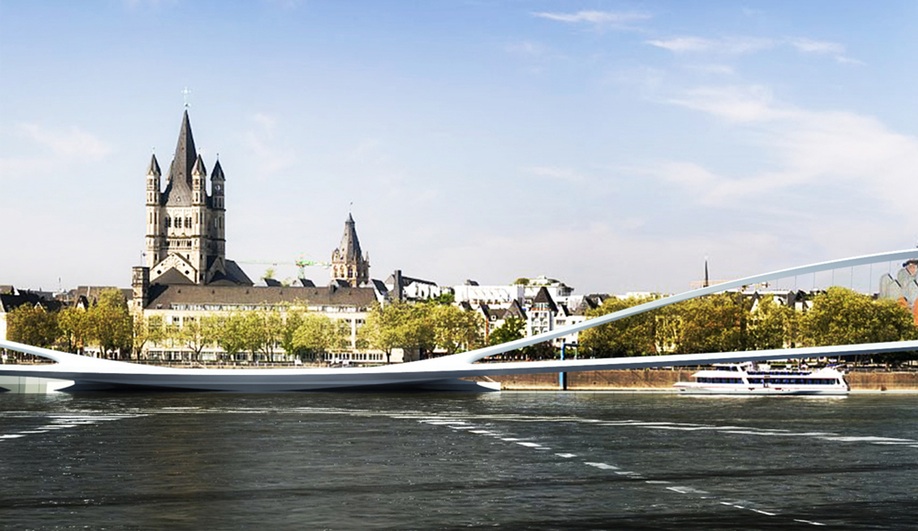 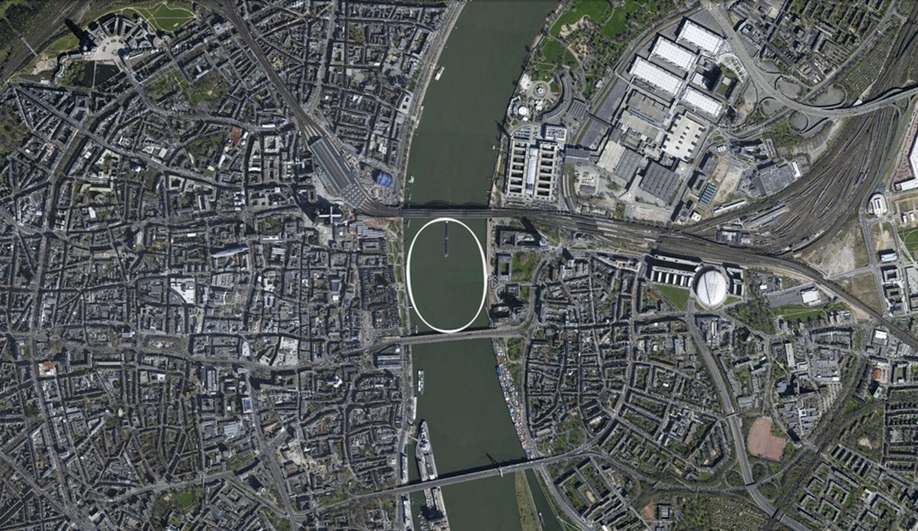 The design, by Marco Hemmerling with a structural concept completed by Stefan Polónyi, would gird an area known as the Rhine Carée: a section of the Rhine river bounded by the riparian hotels of Cologne’s east bank, the landscaped Rhinegarten on the tourist-friendly west bank, Deutzer Bridge to the south, and the famously padlock-laden Hohenzollern Bridge to the north.

Completing a loop that touches all four of these landmarks, the RheinRing would connect the two halves of Cologne without adding an additional span to the river. By cantilevering from the riverbanks and existing bridges, the scheme would improve pedestrian flow throughout the core without the addition of new piers – an obstacle to river traffic – that a traditional bridge would require.

The loop’s sinuous rounded-rectangle shape, technically called a “superellipse,” draws its cues from nearby monuments, including the Lanxess Arena event center and the Museum Ludwig. The track widens subtly at the four points where it makes contact with the riverbank and other bridges – the places where foot traffic is most chaotic – then tapers over the water where pedestrian turbulence is minimal. The curving track would offer barrier-free access at its four fulcra, making it easy to amble on or off.

RheinRing’s designers are optimistic that their plan will soon add valuable urban space to Cologne. After presenting RheinRing as an addition to Albert Speer Jr.’s masterplan, which is expected to reach completion over the next few years, the design team has received encouragement. “We already have some support from local politicians,” says Hemmerling, “and we’ve also started a vivid public discussion in Cologne regarding the realization of the RheinRing, earning some positive feedback.”

Though no completion date has been announced, Hemmerling is optimistic: “We will continue to push the project forward, and definitely hope to realize it in the future.”

SHARE
Twitter, Facebook, LinkedIn, Pinterest, Email
TAGS
Landscape,
AZURE is an independent magazine working to bring you the best in design, architecture and interiors. We rely on advertising revenue to support the creative content on our site. Please consider whitelisting our site in your settings, or pausing your adblocker while stopping by.