RIBA’s New Offices Let in the Light
Architecture firm Theis + Khan has fashioned a new workspace for the staff of the Royal Institute of British Architects inside two existing buildings connected by a vibrant social space, front and centre. 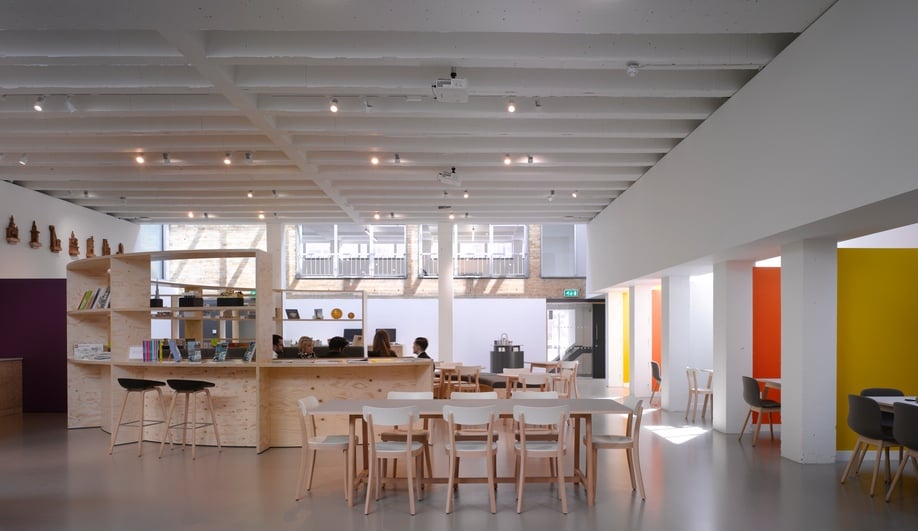 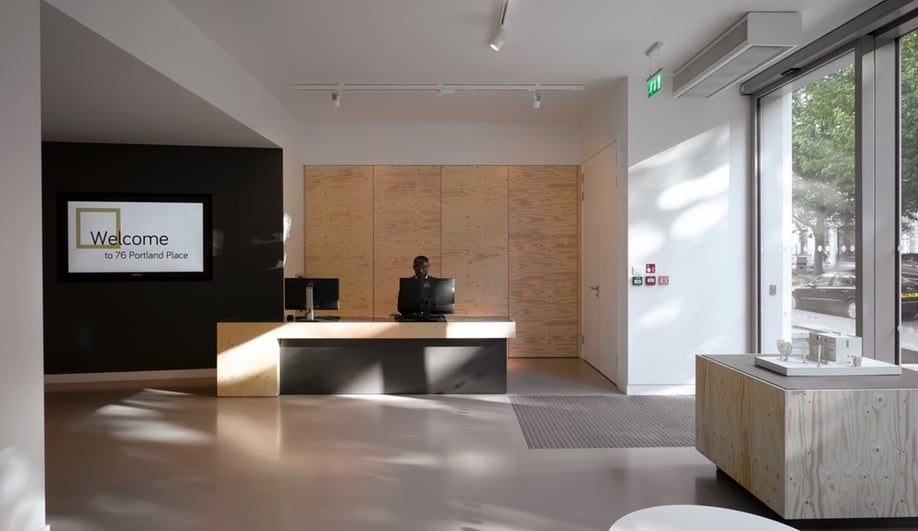 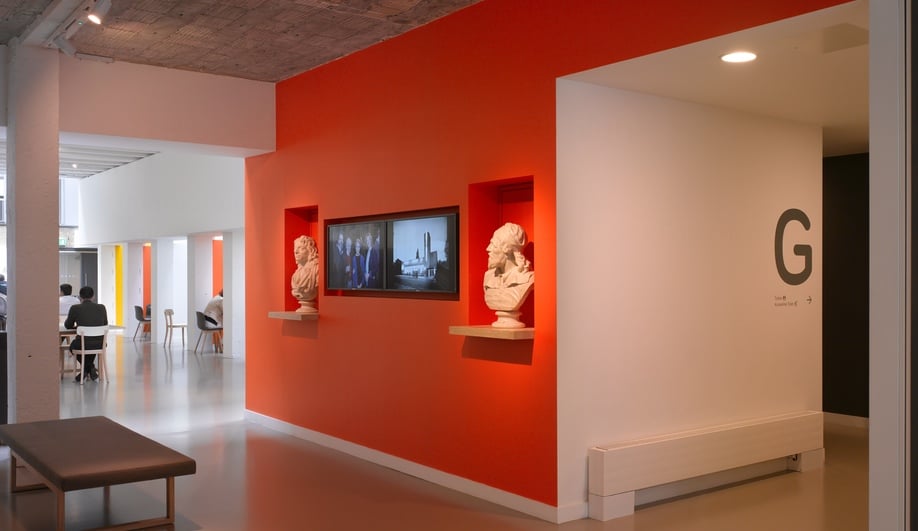 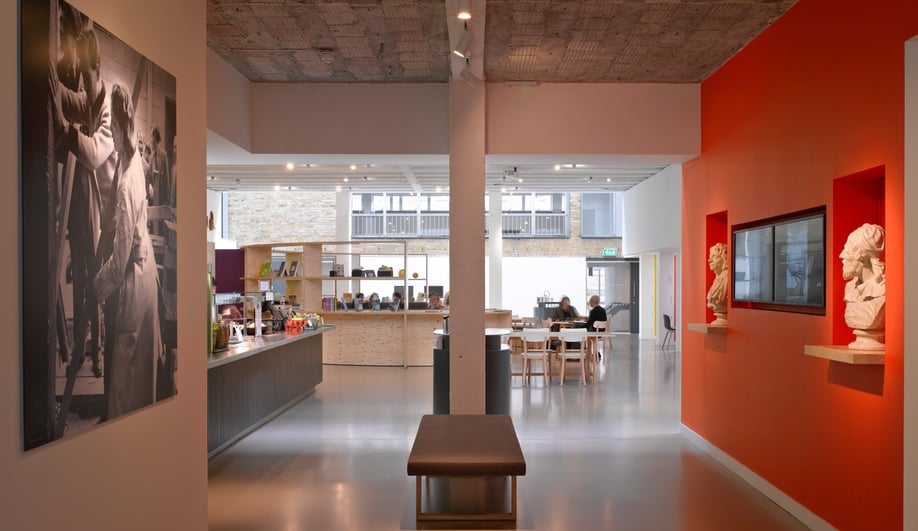 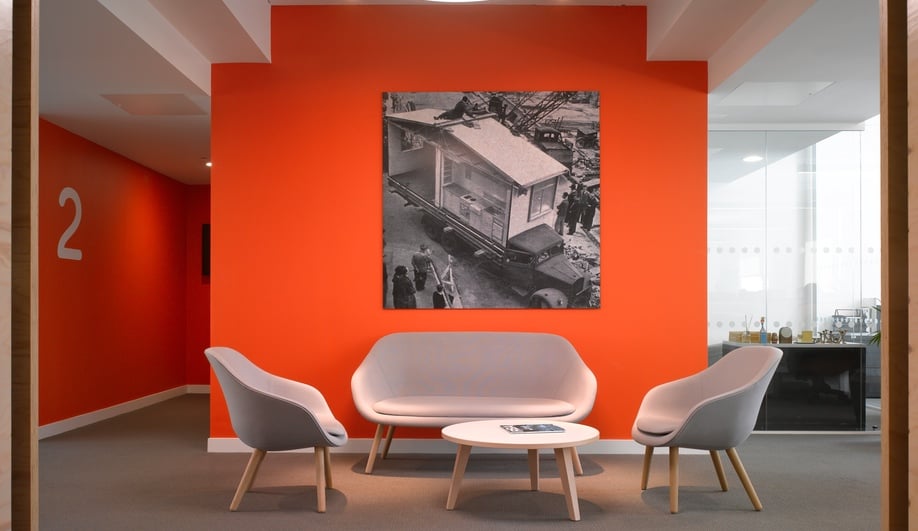 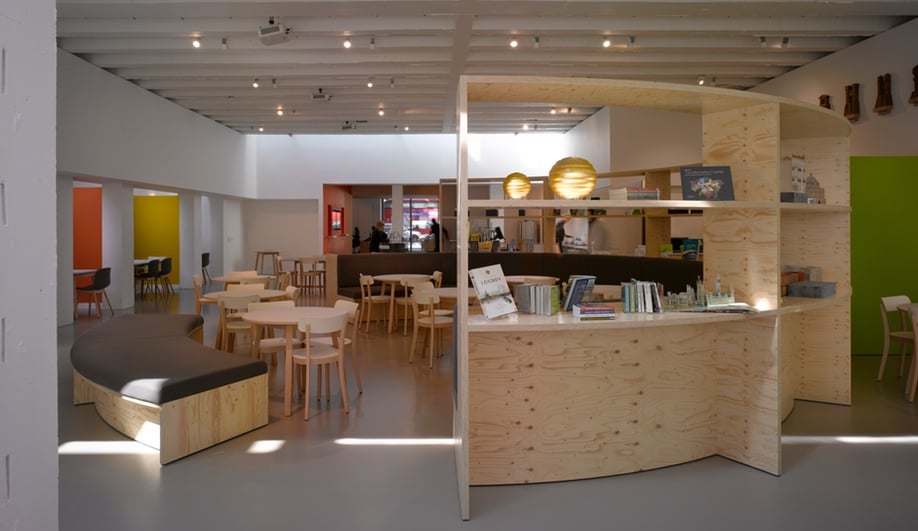 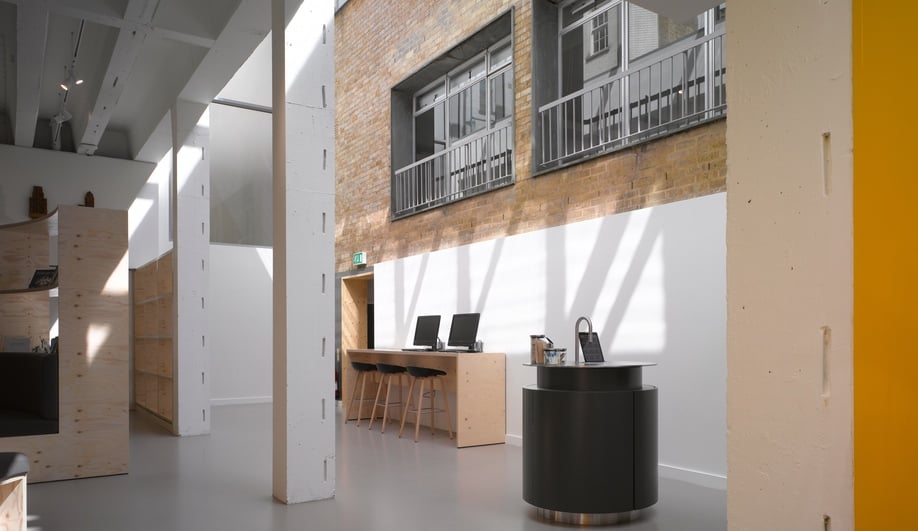 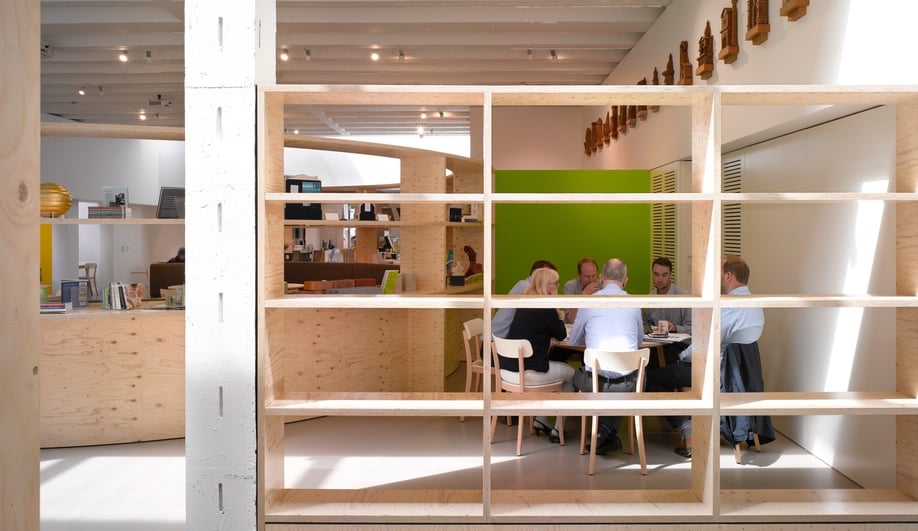 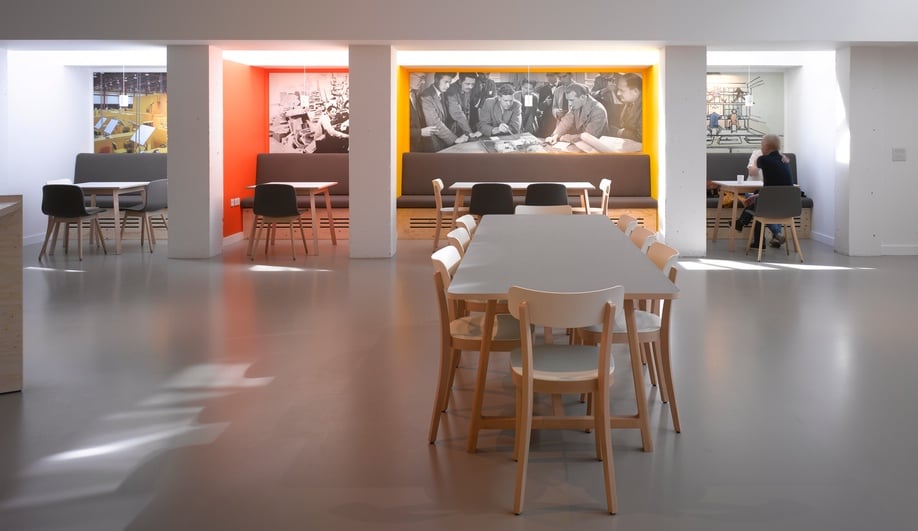 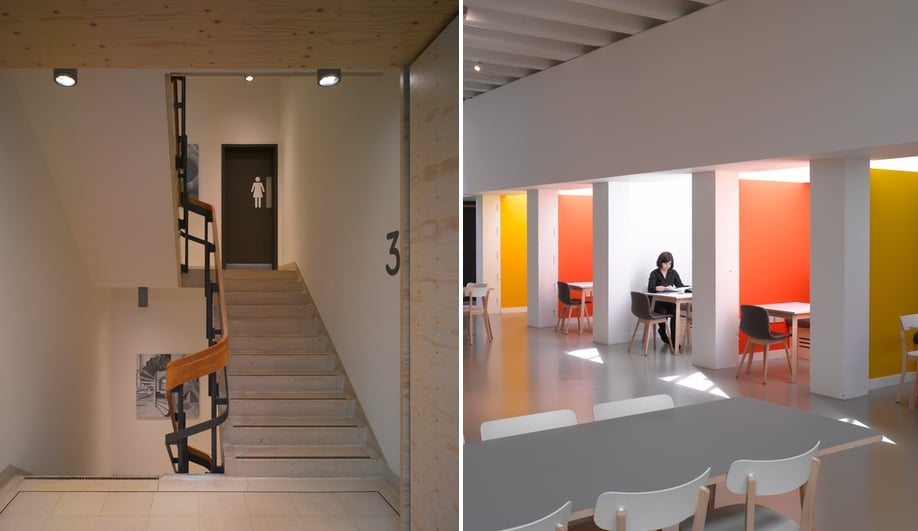 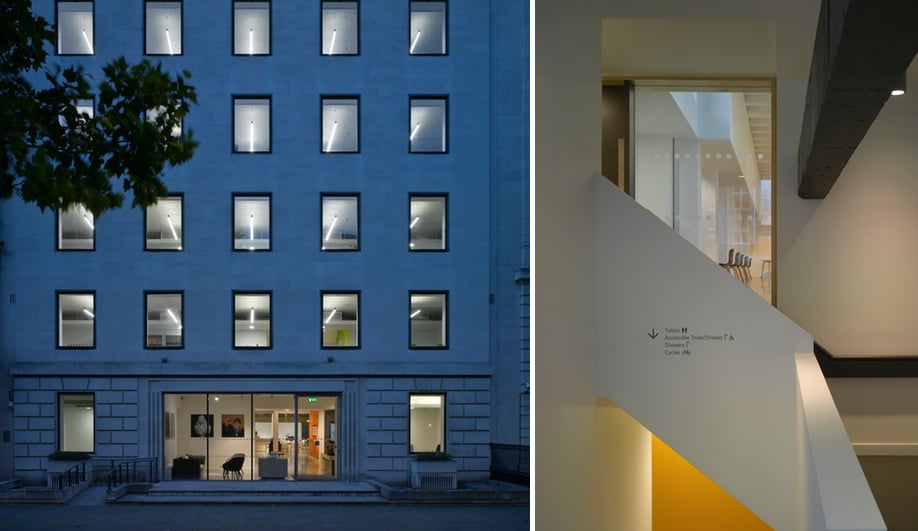 Just a couple doors down from its original offices on Portland Place in London, RIBA has moved into bright new spaces, designed by Theis + Khan. The practice, headed by Patrick Theis and Soraya Khan, crafted the new HQ inside two existing buildings – a seven-storey office tower and the three-storey mews building behind it – and connected them with a central space that feels more like a bright and airy shopfront than the auspices of England’s revered architectural institution.

In fact, the main, street-facing, building used to be the Institute of Physics. As the RIBA Journal (which has also taken up residence in the new headquarters) remarks, it was a “despressingly dreary” building before Theis + Khan opened it up. By inserted floor-to-ceiling glass at the entrance, they rebranded the building as a new and exciting place. The former RIBA haunts, inside an Art Deco building, will now be used to host events and exhibits.

In the new HQ, the street-facing tower’s newly glazed entrance houses a reception area that leads, via a vibrantly painted wall sporting busts of Christoper Wren and Inigo Jones, to the central gathering space. This “canteen, meeting space and social condenser” features a coffee counter, surrounded by seating nooks and shelving. Raw, unprecious materials, like the plywood used for all the furnishings and the rubber used for the flooring, make the space feel unfussy and high-traffic. Along the side is an array of meeting rooms with multi-hued walls and supersized photography. Colour is used throughout the building as a wayfinding tool, and the actual wayfinding wording is simple and sparse. One of the staircases simply and clearly states, “Toilets, Accessible Toilet/Shower, Showers, Cycles” with corresponding symbols.

The commission initially sparked controversy. The winning design was chosen through a competition that was subject to new rules that only accepted entries from firms with a redefined turnover (or profit) threshold. But the space itself is an indication that RIBA champions fresh, innovative and open design – which is what Theis + Khan has delivered.

SHARE
Twitter, Facebook, LinkedIn, Pinterest, Email
TAGS
Institutional, Office,
AZURE is an independent magazine working to bring you the best in design, architecture and interiors. We rely on advertising revenue to support the creative content on our site. Please consider whitelisting our site in your settings, or pausing your adblocker while stopping by.