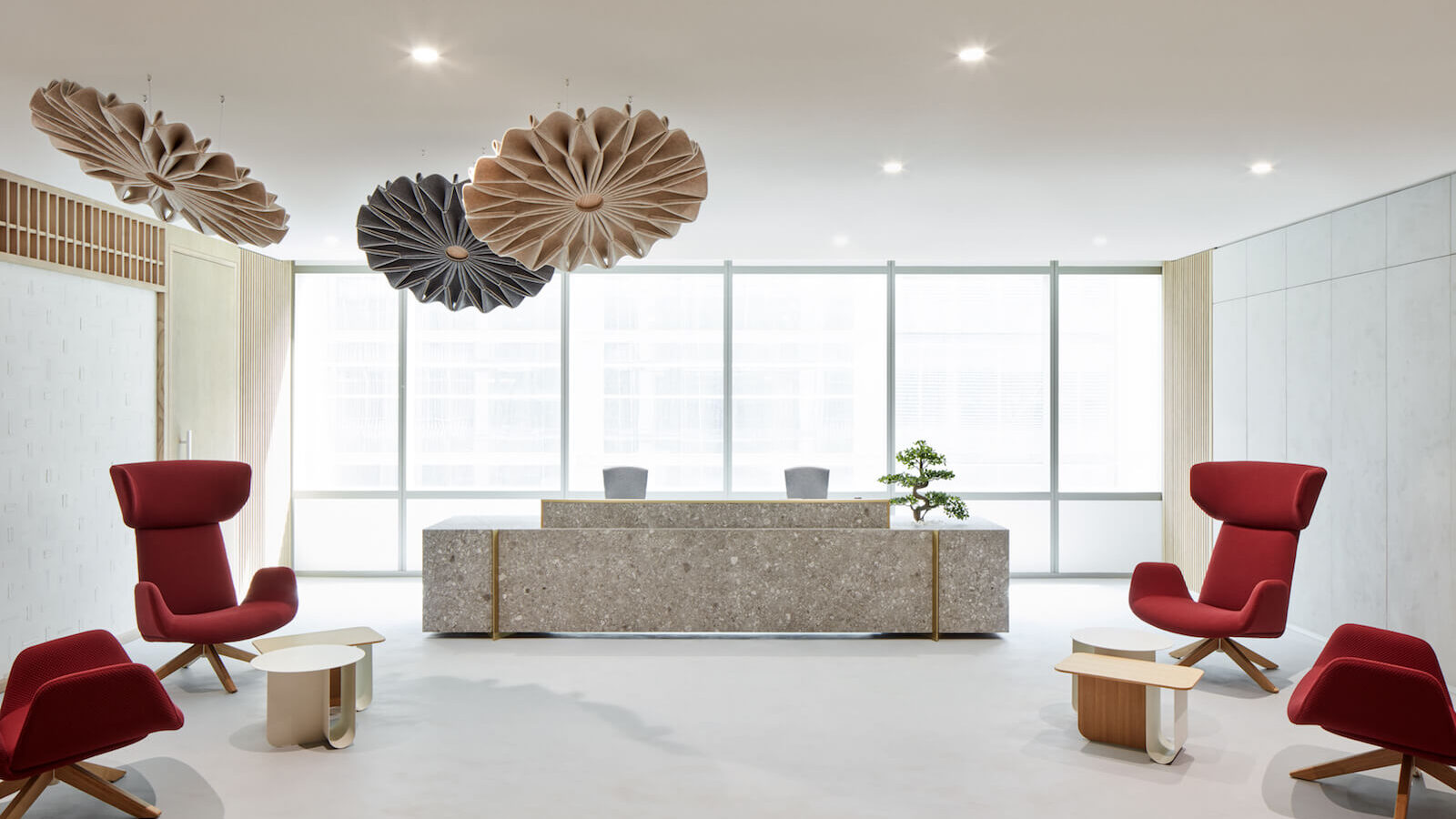 Roar Creates a Detail-Rich HQ for a Dubai Pharma Company

Though just two years old, the interiors studio Roar, led by Pallavi Dean, is behind an impressive number of stylish new spaces in Dubai. One of its recent projects is the Middle Eastern HQ of Takeda, a Japanese pharmaceutical company. Despite its area of business, the interiors are anything but sterile. In fact, warm tones and rich textures come together in the harmonious set of rooms that comprise this 2,137-square-metre project.

For a point of departure, Roar drew from the company’s Japanese heritage, Emirati culture and data-driven design. From floor layouts to details, the former was heavily referenced. The boardroom, for instance, was modelled after a Japanese teahouse, while the reception was based on the genkan, the entrance of a traditional Japanese home. 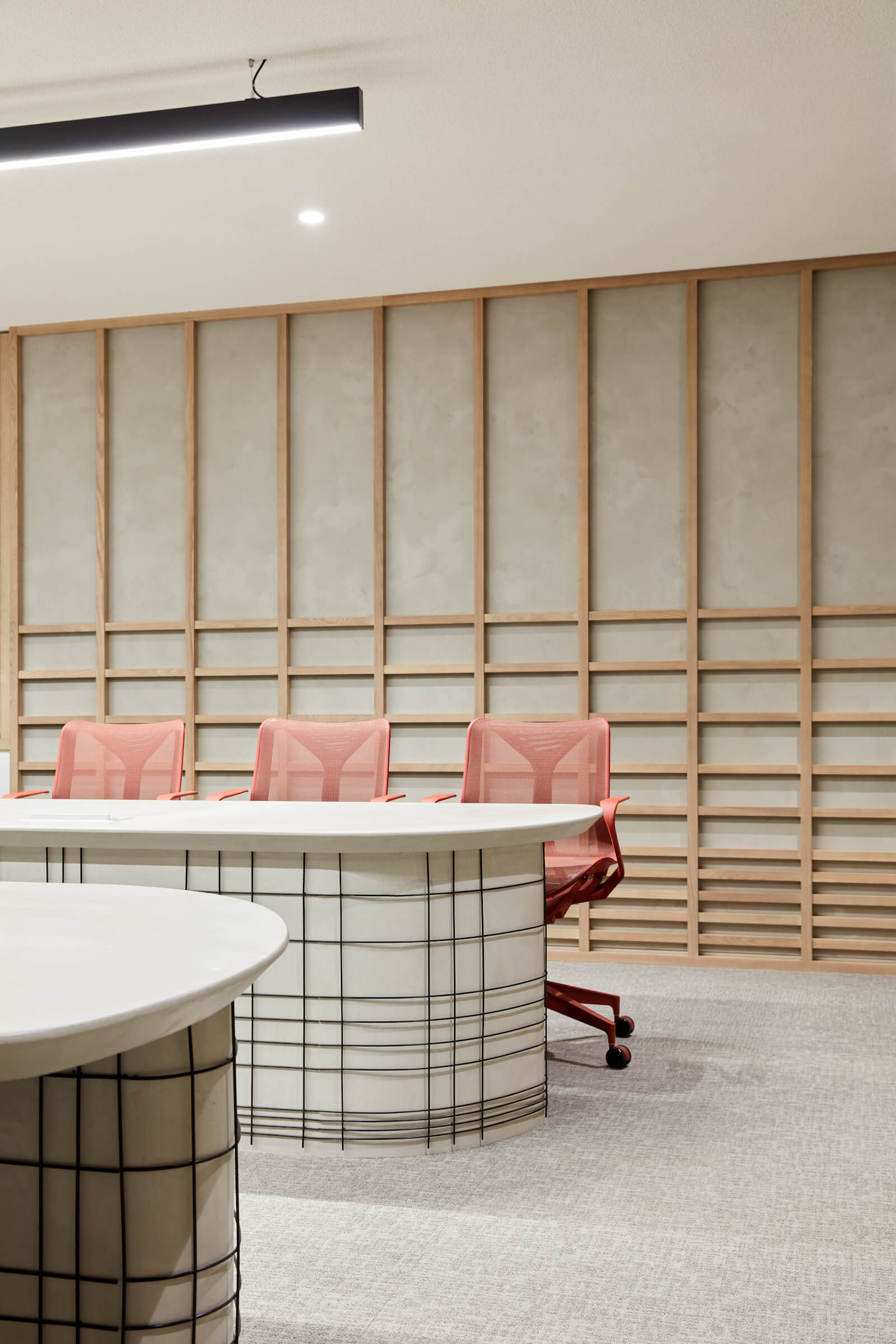 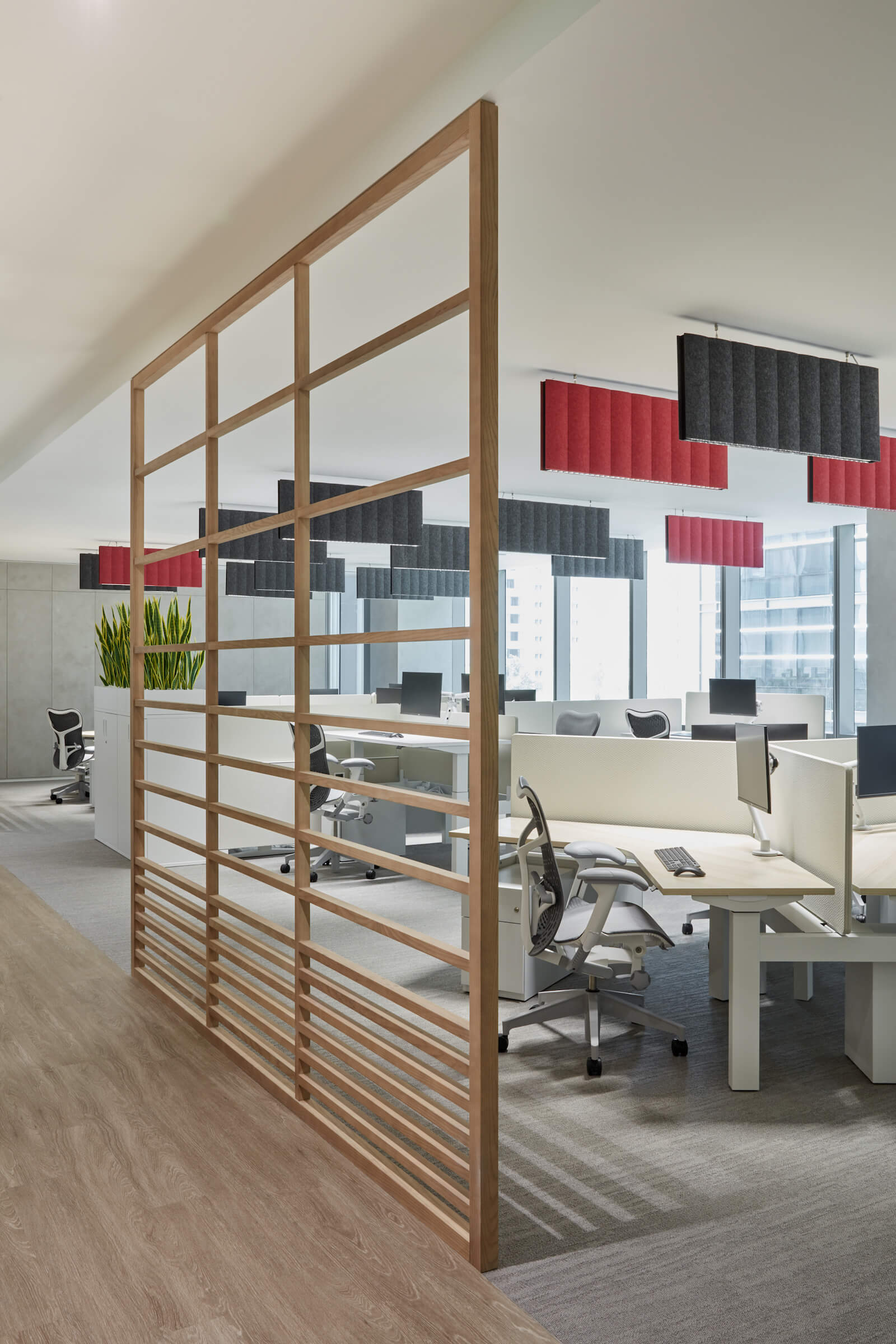 They also delineate spaces, such as the main office area furnished with Herman Miller workstations.

At the aesthetic level, shoji screen geometry is hinted at in the wood-framed meeting rooms, room dividers and slatted walls, as well as in the metal grid that wraps the concrete table bases of the boardroom. Tactile materials like wood, raw concrete and paper – and a healthy dose of plant life – were favoured throughout. The main Emirati design element included, meanwhile, was a series of wall-mounted palm-leaf artworks, by designer Khalid Shafar, made with a weaving technique called khoos that is more typically applied to roofs and floor mats. 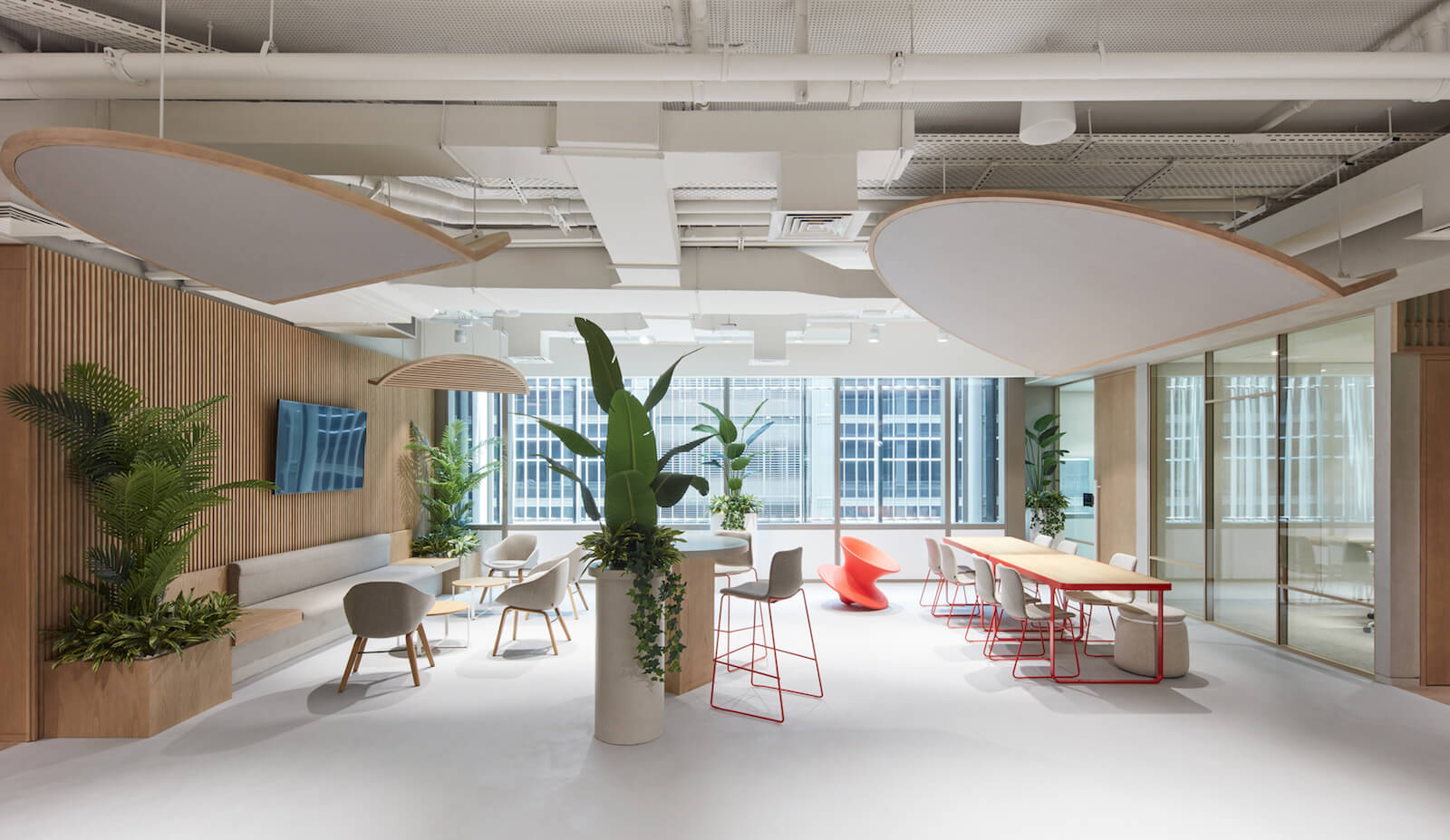 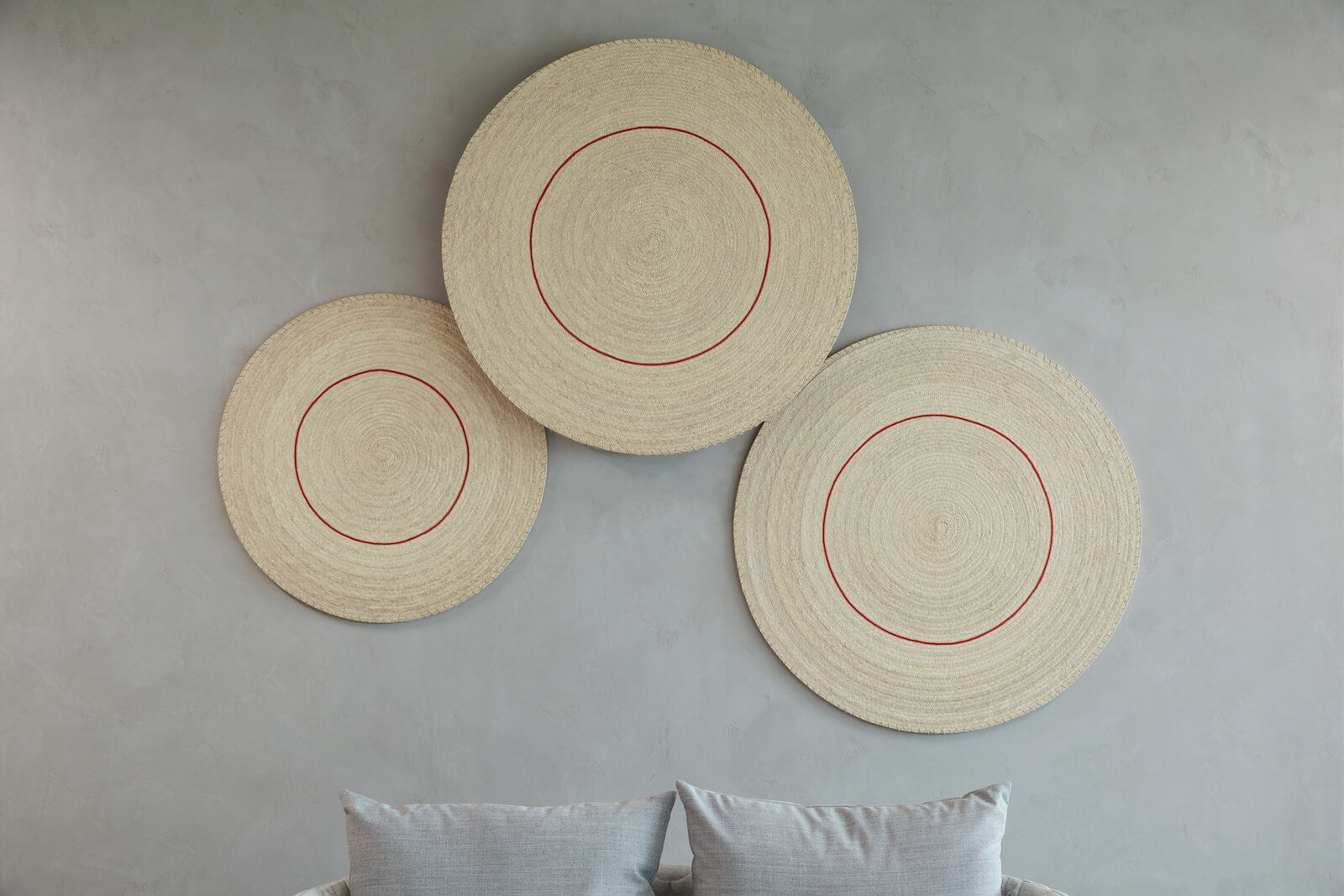 As for the data-driven design, Roar collaborated with Herman Miller’s workspace specialists on Space Allocation Modelling – a method of maximizing the floor plate while accommodating the needs of individual employees – and utilized the furniture manufacturer’s Living Office collection. “As a result,” the official project press release states, “35 per cent of the office is devoted to ‘hive’ zones for individual work; 29 per cent to ‘meeting’ spaces; and 13 per cent to ‘breakout’ areas for informal social interactions.” 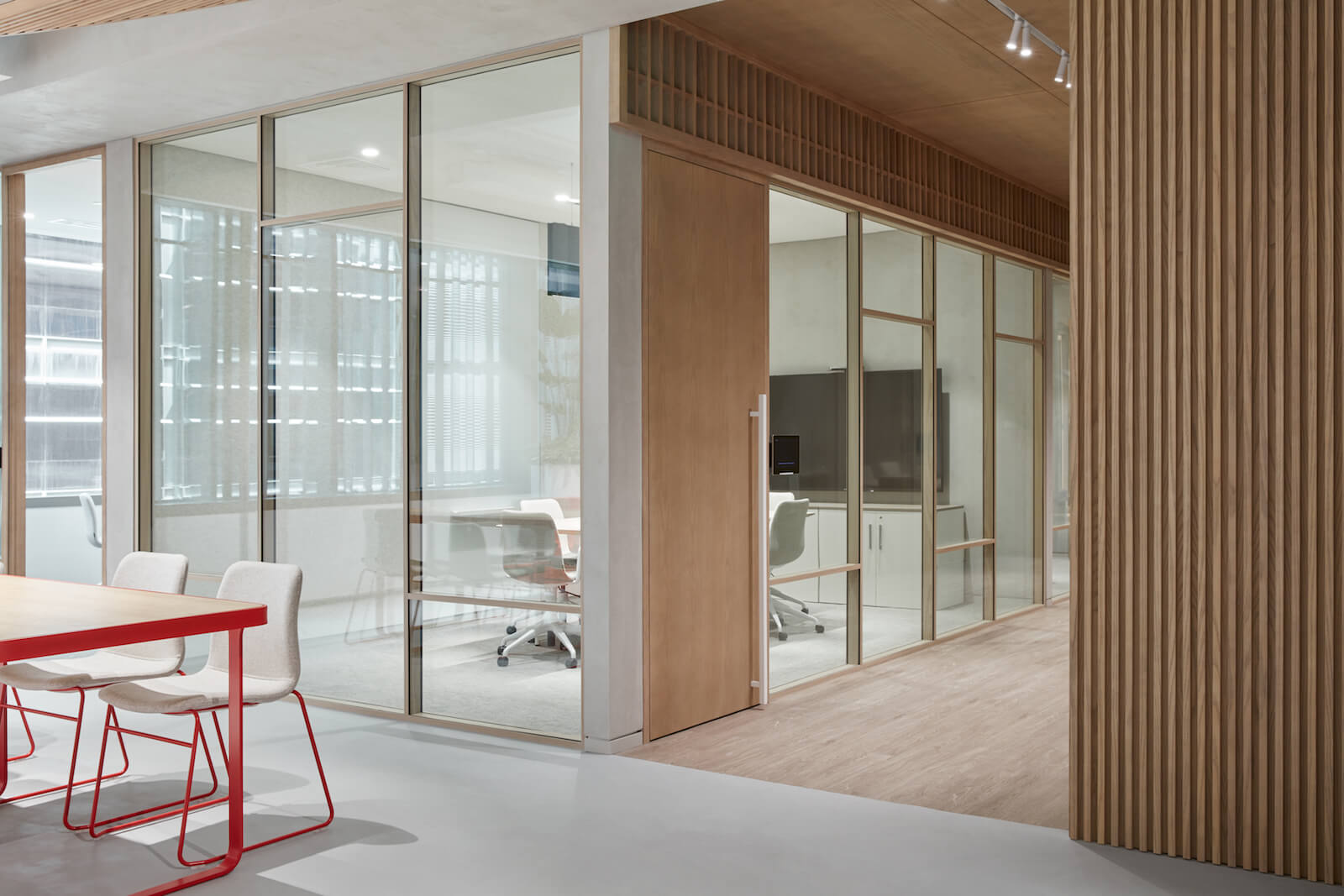 Wood, concrete and paper (used for the walls) are the main materials; a pop of red here and there refers back to Takeda’s branding. 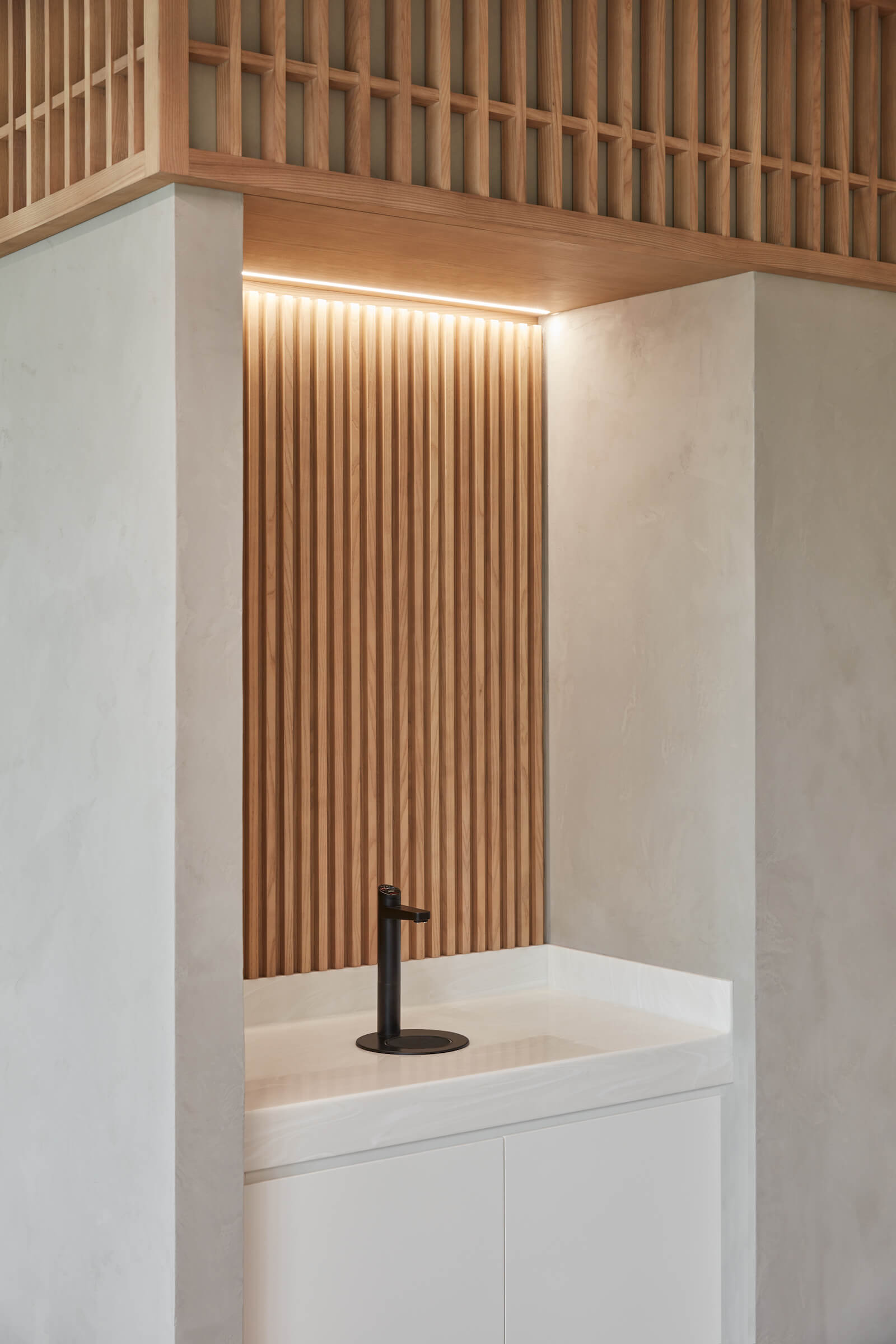 Down to the details, the interiors are thoughtfully conceived. 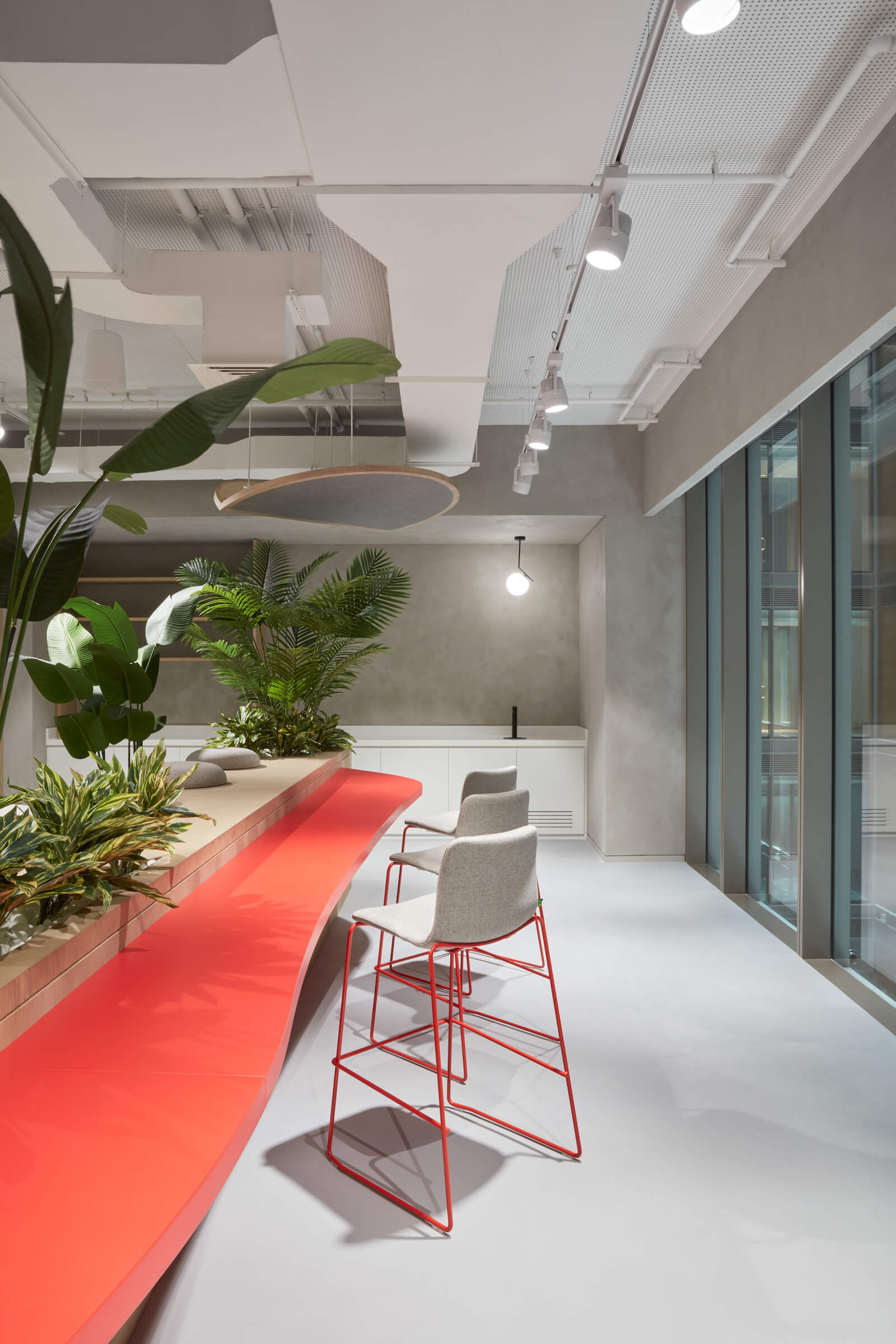 A bar-height, or standing, desk in one of the communal work zones is filled with plants.

With all these references vying for attention, one would expect visual chaos. But the opposite is true. By keeping the colour palette restrained – with the only pop of colour the intermittent use of red, inspired by Takeda’s logo – the design team has created a well-balanced office interior with a number of refreshing look-at-me moments. Chief among them are the creative array of acoustic devices inserted throughout. From the abstract “bird in flight” wooden acoustic clouds that soar above the communal desks to the floating pleated wool discs that recall flowers, they show that everything in this HQ was considered, down to the details.