RUFproject on Vancouverism
As part of the Tangential Vancouverism exhibit, local firm RUFproject explores creating something entirely new — and fantastic — without doing away with the past. 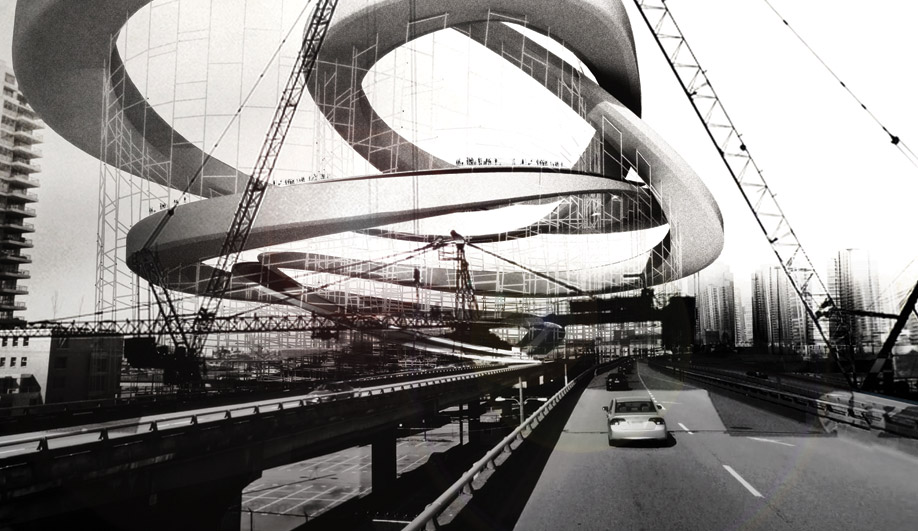 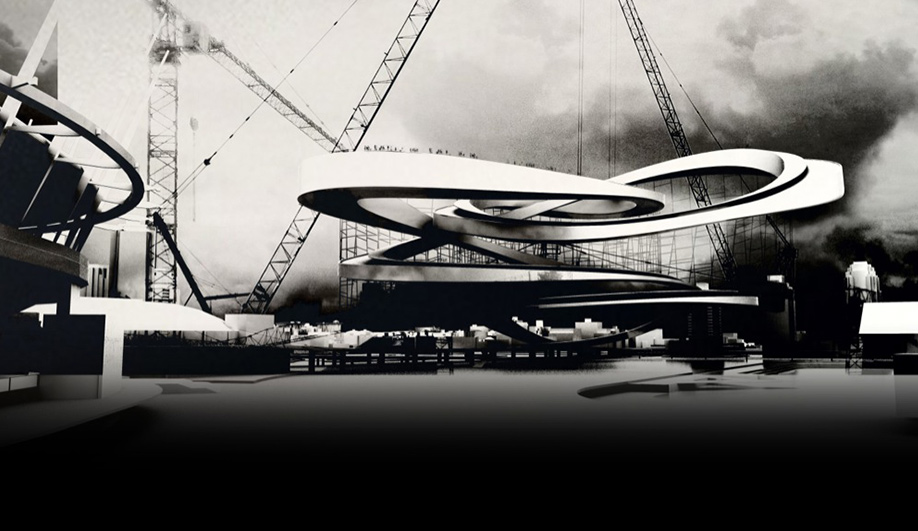 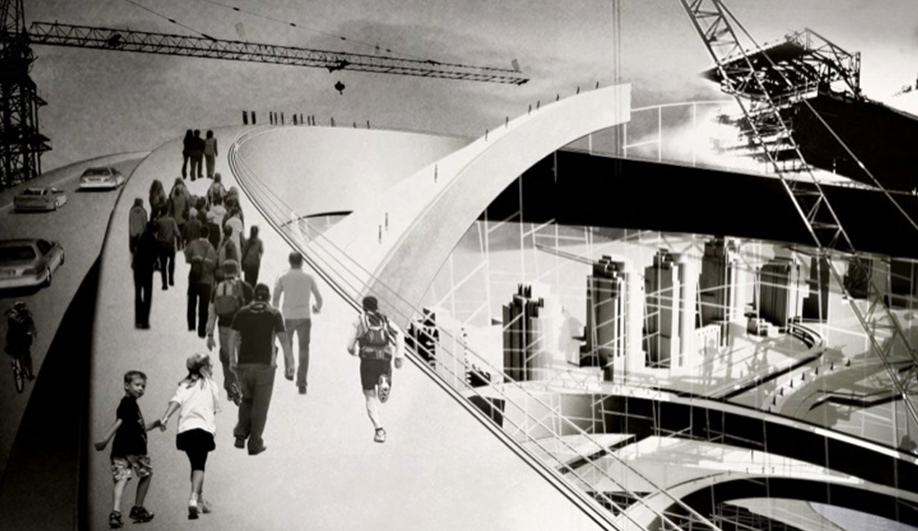 Sean Pearson and Alyssa Schwann established RUFproject (RUF stands for “rural urban fantasy”) in 2008 after the two University of Manitoba alums returned to Canada from their respective stints abroad; Pearson was design director for Nike in Europe and Schwann worked for West 8 in Amsterdam. They quickly gained acclaim, nationally for a stunning residence on Saltspring Island in B.C., and internationally for the Nike Football Training Centre in Soweto, South Africa.

For Tangential Vancouverism, an exhibit, essay and talk series directed by Alex Buss and Alexandra Kenyon, the Vancouver firm is one of five – the others are Hapa Collaborative, ph5 architecture inc., Public Architecture and space2place – presenting imaginative concepts that speak to the future of the city as it continues to expand. RUFproject tackled the theme of communication, which, Pearson explains, “we interpreted in an architectural sense from the perspective of the new and the old or perhaps better communicated as the new on the old.”

Called Georgia Grind, RUFproject’s concept is a giant spiralling thoroughfare open to pedestrians. Situated on the ruins of a failed expressway, it would be, according to the firm, “a symbol of achievement and hope for Vancouver, a man-made mountainous pathway for all to exercise or drive upward together while enjoying the majestic view of the north shore and the natural landscape beyond.”

We asked Sean Pearson to elaborate on the seemingly out-of-this-world concept.

Where did your idea originate?
The idea was a response to living in Vancouver these past three years, seeing a city that seems to develop through demolition; where older infrastructure is erased, to make room for a kind of singular development model, often lovingly referred to as the “tower and podium” model. When history is preserved in Vancouver, it is most often notional, usually just keeping a facade – creating a kind of two-dimensional architectural poster of what used to be.

As Vancouver’s downtown is getting full, you can see the city expanding into Chinatown and East Vancouver, slightly awkward and unsure how to deal with the historic fabric of turn-of-the-century homes and buildings it’s about to expand into. Our project is really a kind of comment, through a fantastical infrastructure, of an alternate way of thinking about how the new can embrace the old, without erasing it or perhaps worse, isolating it as a museum piece.

How would your architectural folly inform actual solutions for a growing city?
The project is a celebration of infrastructure, and specifically the odd collection of misfits that persist in cities that grow organically. Other cities, such as London, Chicago and New York, quite beautifully mix generations of ideas, infrastructure and urban fabric. New York’s High Line is a perfect example of how infrastructure can literally transform the way you think about living in a city; it’s fascinating how new buildings around the High Line have reacted to it, seeing Chelsea change dramatically because of it, without erasing itself in the process.

Vancouver has grown so quickly in contrast, and basically has done so within a singular development model, that it struggles when faced with a rich existing infrastructure, such as Chinatown and Strathcona with strong neighbourhoods and communities. This is why we felt that the proposed infrastructure should be under perpetual construction, and ever growing, like a cathedral, hopefully spanning centuries and generations.

What’s your definition of Vancouverism as it pertains to architecture?
Personally I don’t really get excited about isms; as they tend to try and define by attributing conceptual limits. Having said that, however, perhaps by creating a definition of Vancouverism, we could collectively see the weakness contained within it, and then move on, like you would after a funeral. I do hope that Vancouver’s future can embrace organic change, which is more akin to poking and proding rather than erasing and rebuilding.

Tangential Vancouverism takes place at the 221a Artist Run Centre in Vancouver until April 29th. On March 24 there will be a series of talks and a publication launch.

SHARE
Twitter, Facebook, LinkedIn, Pinterest, Email
TAGS
Event, Exhibition,
AZURE is an independent magazine working to bring you the best in design, architecture and interiors. We rely on advertising revenue to support the creative content on our site. Please consider whitelisting our site in your settings, or pausing your adblocker while stopping by.