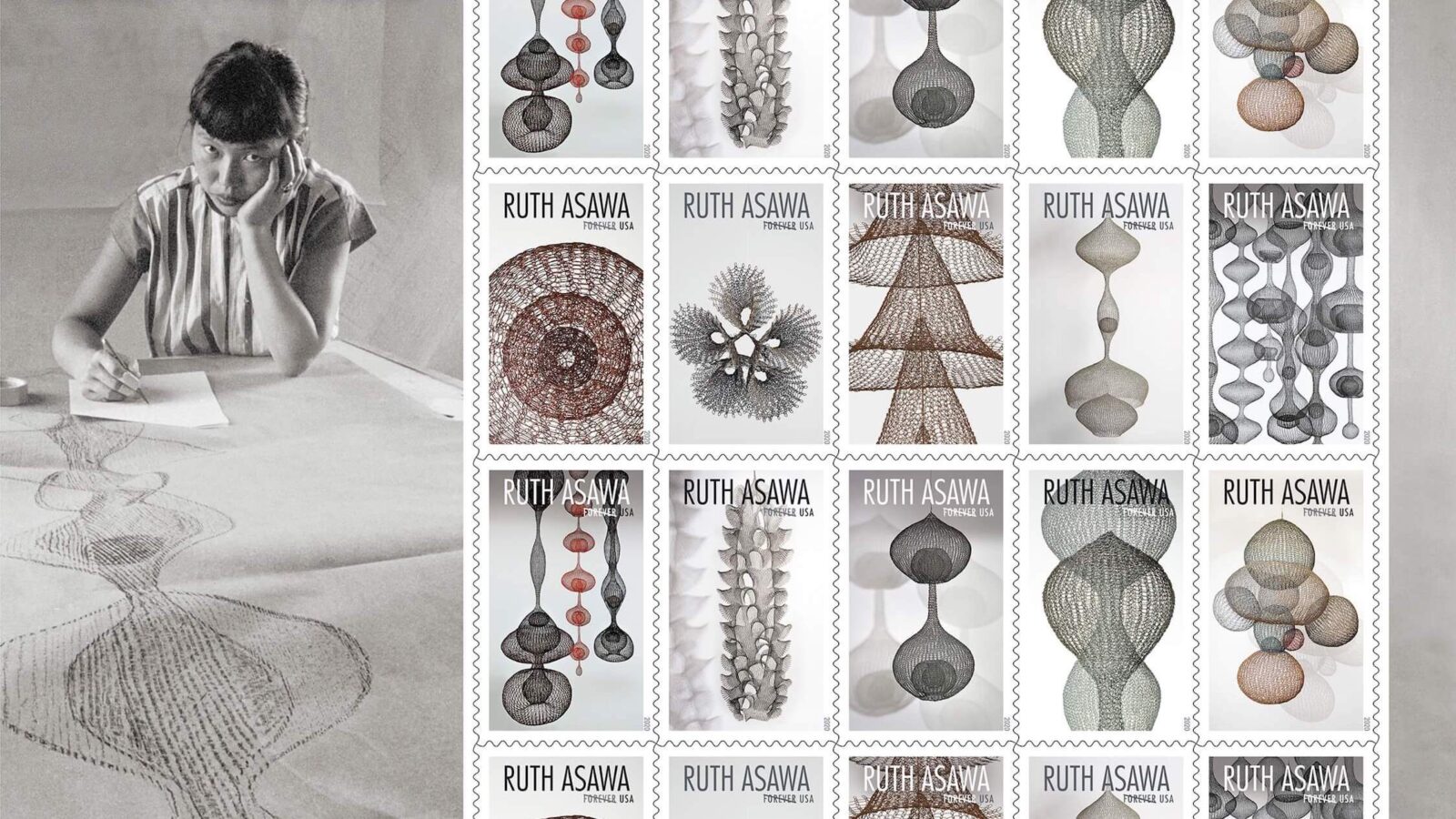 Ten original designs by the Japanese American artist, who died in 2013, are included in the collectible pane.

­The U.S. Postal Service is in the news. Amidst President Trump’s unrelenting attacks on mail-in voting, the postmaster general – a Trump mega-donor – had announced profound cost-cutting and the postal service is now warning a number of States that their voters’ ballots might not arrive in time to be counted for the November election. Nancy Pelosi recently recalled the House of Representatives from summer vacation in order to forestall imminent disaster and gathered Democratic leaders for a vote to boost USPS funding by $25 billion. Never has the American postal service felt so precarious.

Against this backdrop, the USPS has released a new stamp collection featuring the biomorphic wire sculptures of Ruth Asawa, a mid-century artist whose work received renewed recognition around the time of her death in 2013. That Asawa, born and raised in California, was one of 120,000 people of Japanese ancestry interned during the Second World War in American concentration camps makes this honour especially poignant, as it comes at a time when the Trump administration barely shrugs its shoulders at the prolonged suffering of migrant children separated from their parents and kept in cages at the U.S. border.

The circumstances of Asawa’s youth influenced her art and life’s work, including the arts advocacy of her later years. Finally freed when she graduated high school, under the caveat that she could only attend post-secondary schools in the interior States (rather than the West Coast, where she grew up), Asawa would go on to enrol at Black Mountain College in North Carolina. Her artistic ability had been honed in the camps under the tutelage of three interned Walt Disney artists – Tom Okamoto, Chris Ishii and James Tanaka. She arrived at Black Mountain in 1946, when Bauhaus-taught modernist icon Josef Albers was running the art program there. 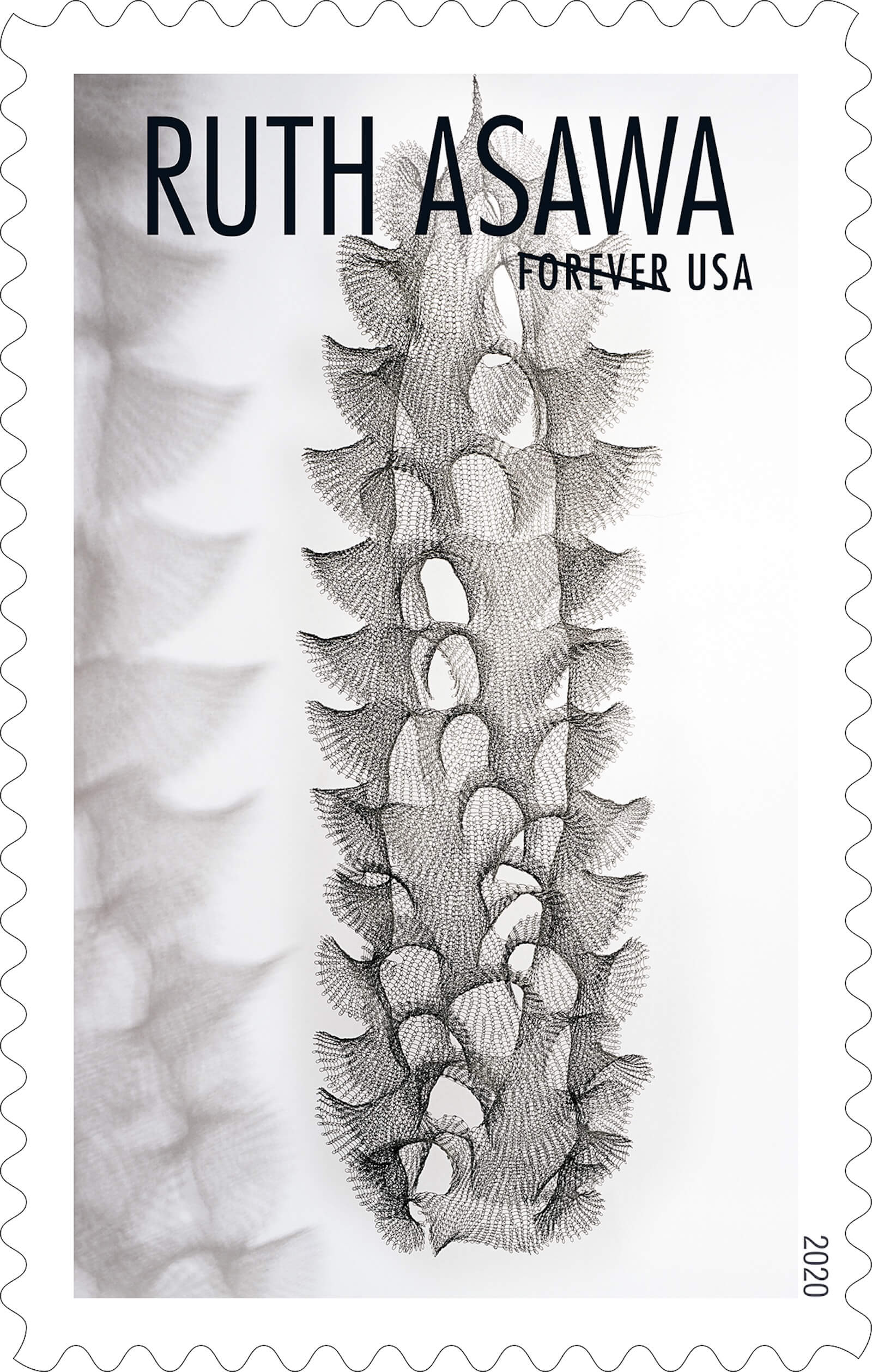 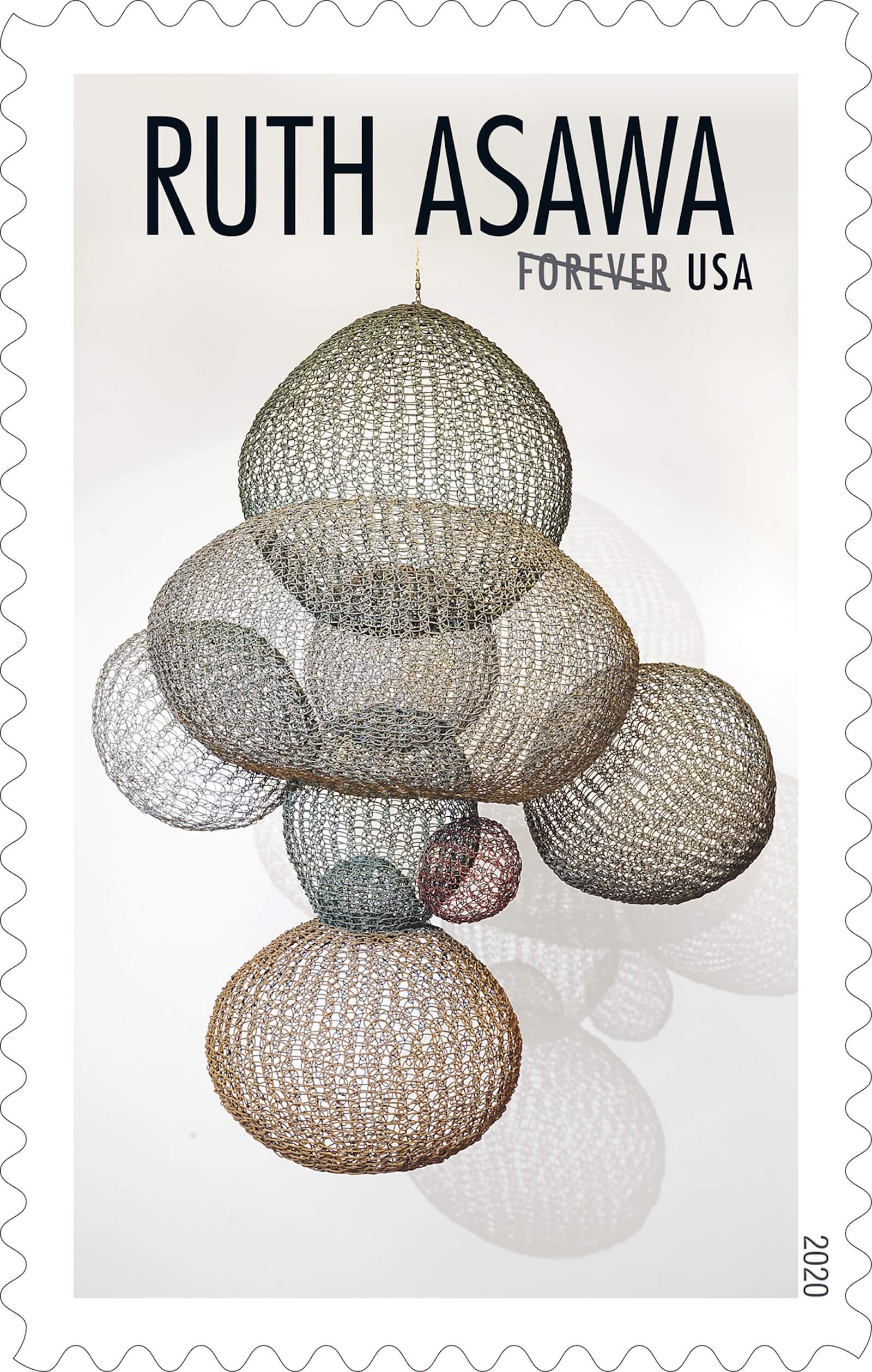 She developed her weaving techniques under his encouragement; her ceiling-suspending sculptures, with their nested bulbs and frond-like forms evoking natural phenomena, would end up in galleries including New York City’s Peridot, which represented her for a number of years. Describing her work at the time, she wrote, “A woven mesh not unlike medieval mail. A continuous piece of wire, forms envelop inner forms, yet all forms are visible (transparent). The shadow will reveal an exact image of the object.”

She also went on to create site-specific works, including majestic sculptures at the architectural scale. In 1994, when she was 60 years old, Asawa created a relief sculpture depicting life in American concentration camps for the Japanese American Internment Memorial, in San Jose, California. 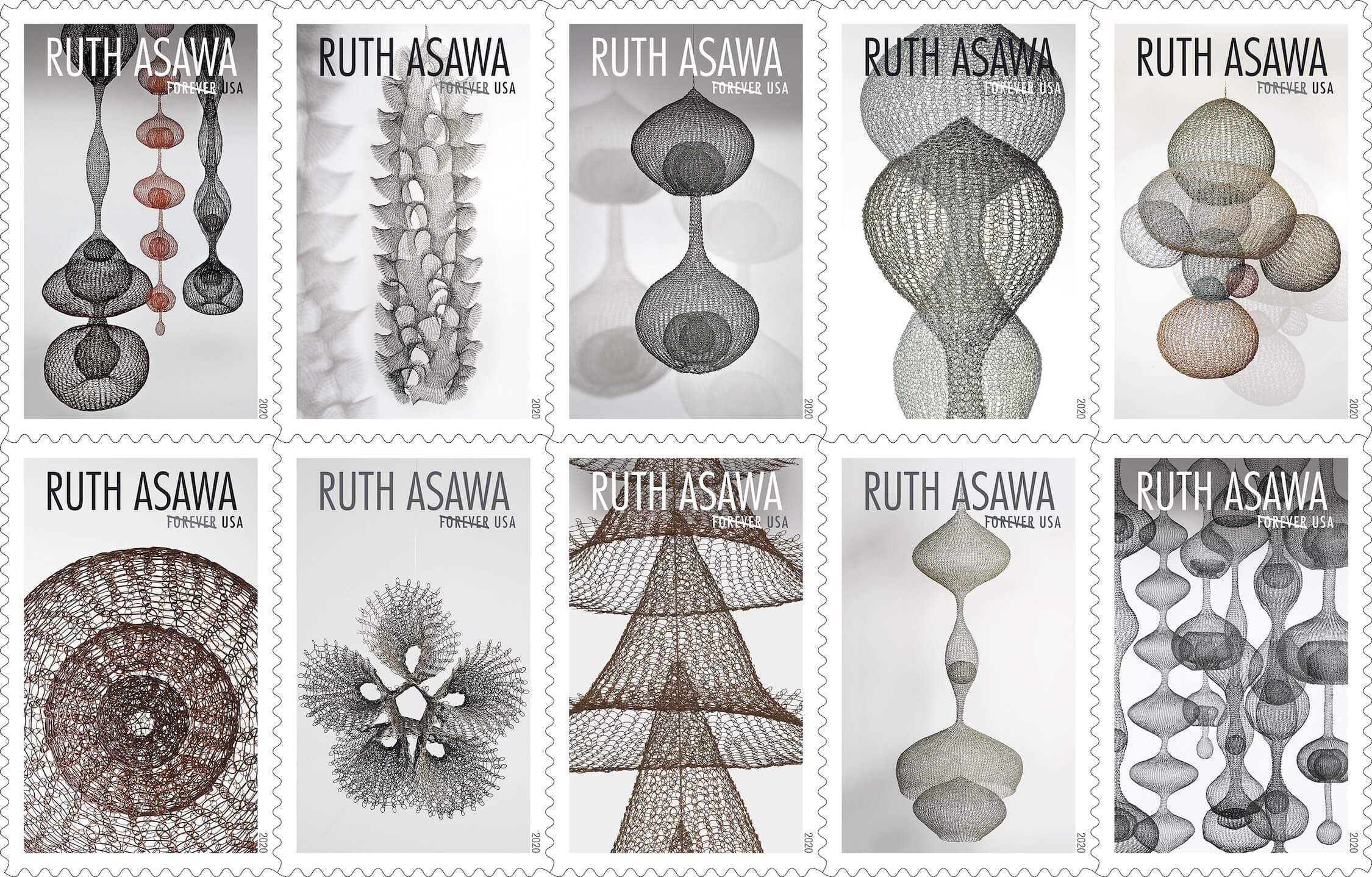 Although Asawa continued to make art into her later years, she also dedicated much time to arts activism. In 1968, she and Sally Woodbridge co-founded the Alvarado School Arts Workshop, known today as the San Francisco Arts Education Project. The innovative program brought art into public schools as part of a core curriculum to encourage more well-rounded development in students. She lobbied for arts program funding and participated in many prominent art institutions: serving on the California Arts Council, the National Endowment for the Arts, and as a trustee of the Fine Arts Museums of San Francisco.

Her mid-century artworks began receiving newfound attention late in her life – through a serendipitous call to a Christie’s auction house. The New York Times tells the bittersweet story of how, hoping to earn funds to support their ailing mother, Asawa’s children sold an original Albers work that the teacher had sweetly inscribed to his former student. That encounter set off a chain of events that would see Asawa reappraised for the contribution that she had made to the art world. 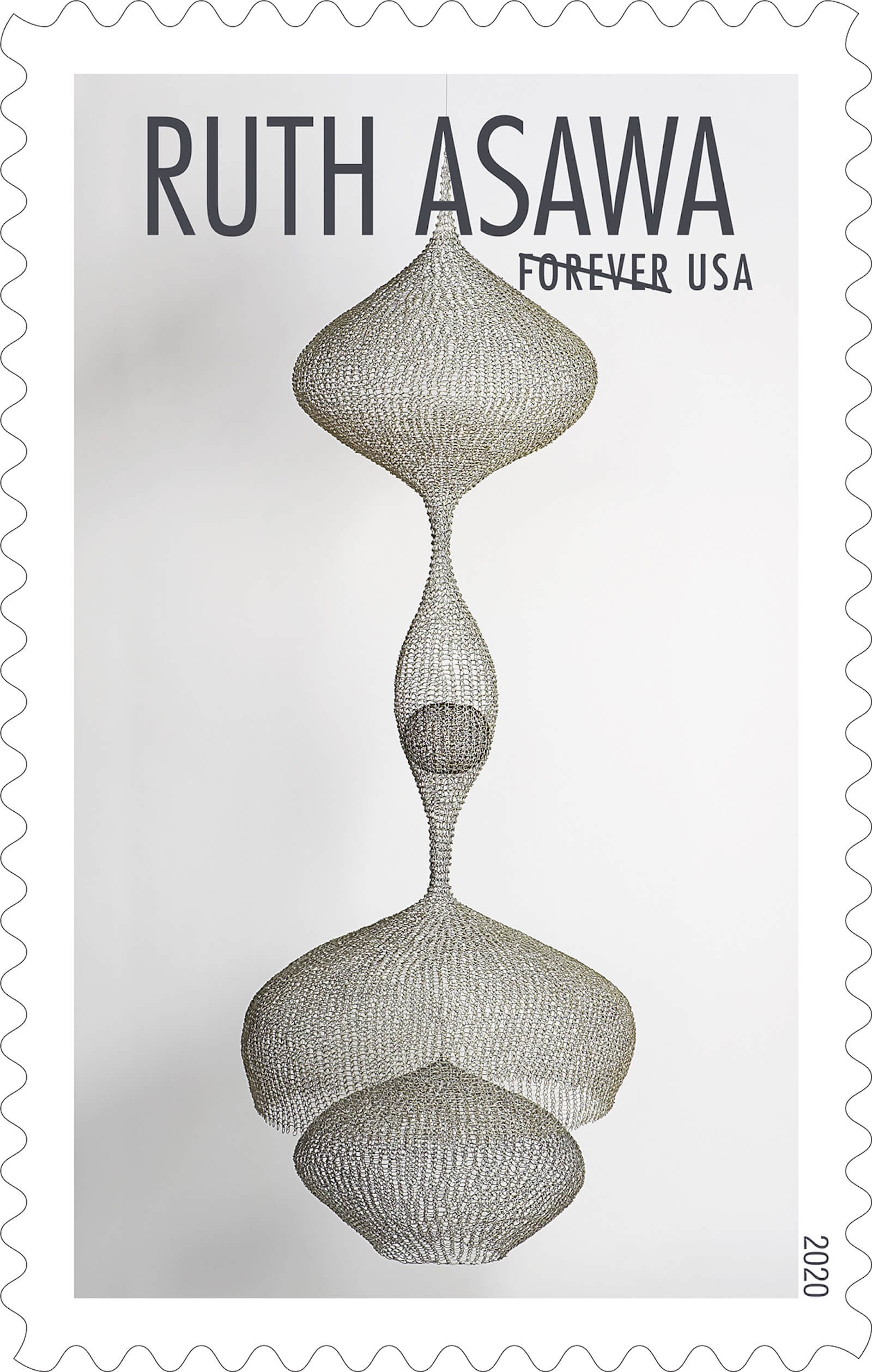 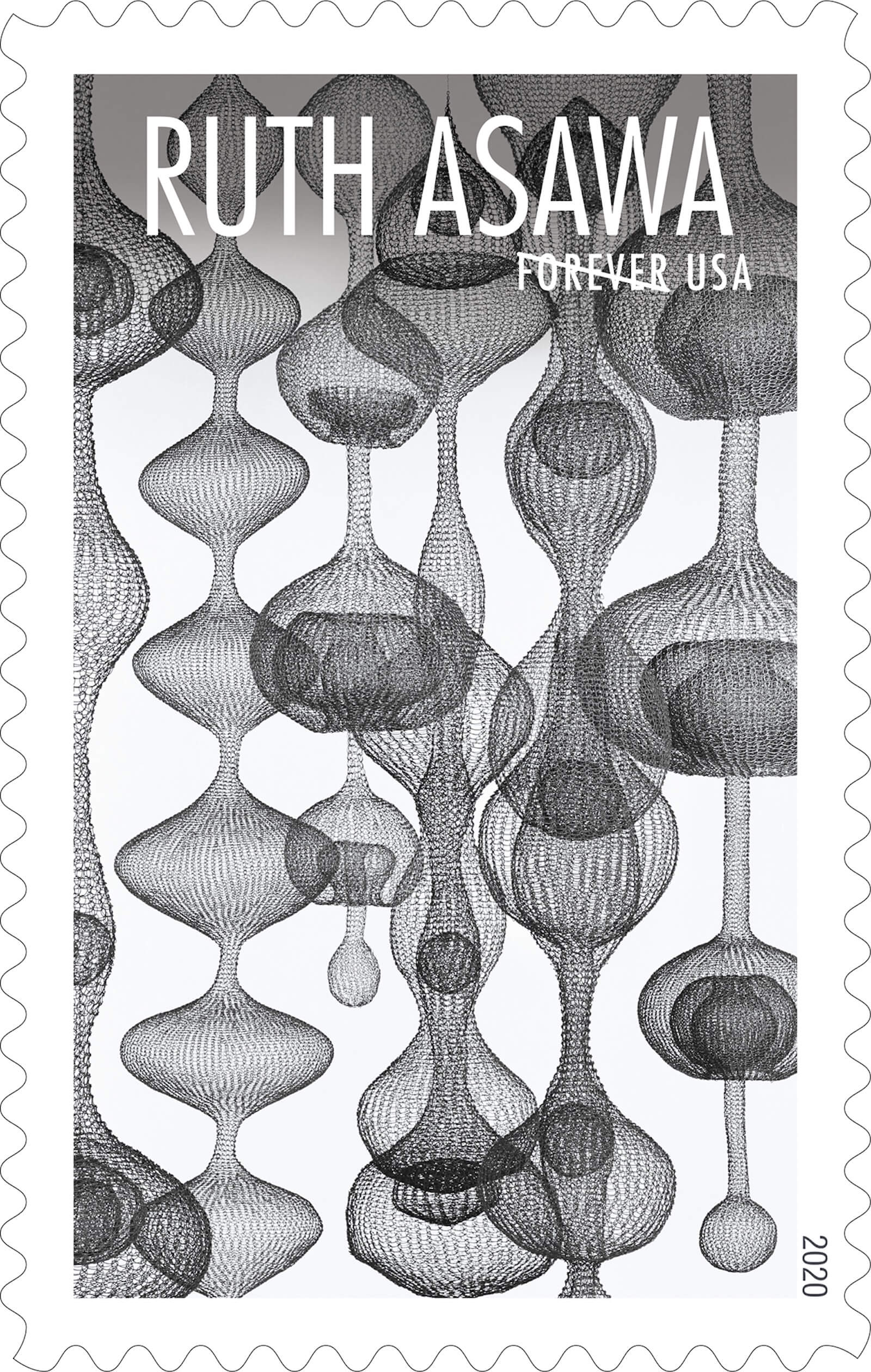 Over the past decade, her sculptures have been auctioned off for millions of dollars and a book, Everything She Touched, has been published to tell her story. This month, her work went mainstream with the release of the USPS stamp collection – a pane featuring two sets of 10 unique works by the late great Ruth Asawa that “can evoke an undersea domain, a magical upside-down world or an environment all their own.” It’s for sale to U.S. customers; Canadians can call 800-STAMP24 to order them.

Ten original designs by the Japanese American artist, who died in 2013, are included in the collectible pane.