10 Best Bets at IDSWest
Now in its 10th year, IDSWest mixes stellar West Coast talent with top-tier international designers. Azure will be there - September 25 to 29 - to scope out the latest and greatest. Here's our list of 10 things not to miss. 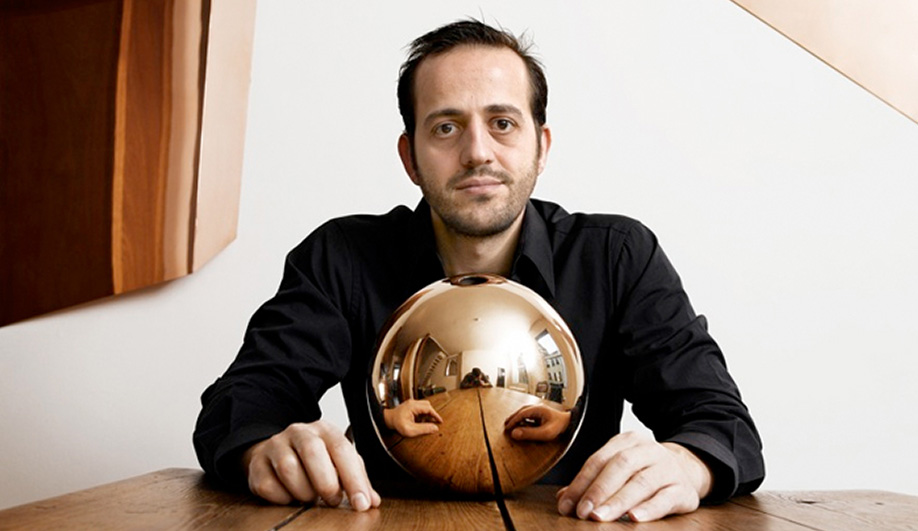 Vancouver has always been a hotbed of exceptional architecture and design, though the laid back city tends not to make a fuss about getting the word out. That is one reason Jennifer Cutbill (an intern architect at Dialog) and Jane Cox (managing director of Cause+Affect) decided to mint Vancouver Design Week, which launched on September 15 and encompasses happenings throughout the city during its two-week run.

Its biggest event is IDSWest, which kicks off with an opening night party on September 25. More than 250 exhibitors, including local brands Brent Comber and Sturdy Living, will fill the Vancouver Convention Centre. And such highlights as Prototype – a platform for new furniture pieces – and Brooklyn Exchange will bring a dynamic energy to the show. Here is our prep list of what to check out. 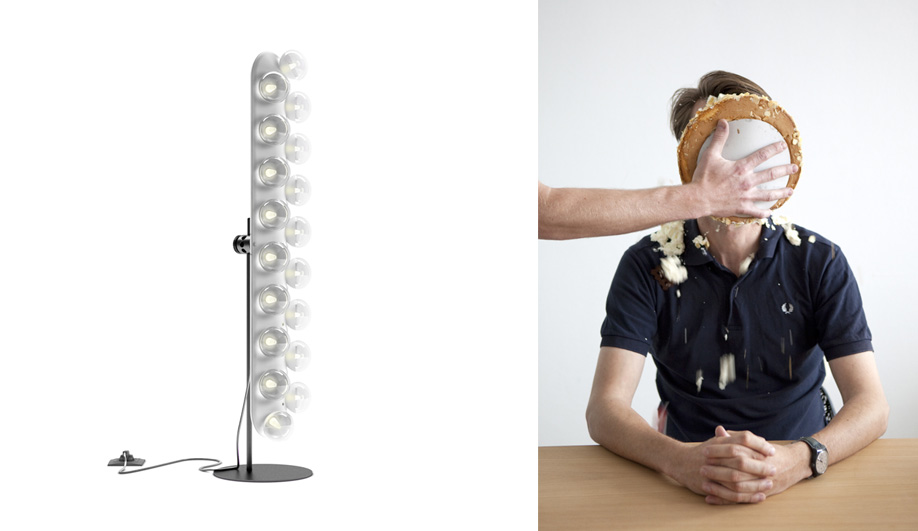 1 Keynote speaker Bertjan Pot
The Rotterdam designer, who keeps himself anonymous by masking his face in various ways – like getting pied – takes the stage on Friday at 5:30pm. Pot is one of the most inventive and experimental designers of his generation, and he is more than willing to push manufacturers beyond their comfort zones. He plans to discuss his inspiring work and experiences collaborating with such brands as Moooi, Wrong for Hay, and Established & Sons. Friday, September 26, 5:30pm, at the Livingspace Design Stage. 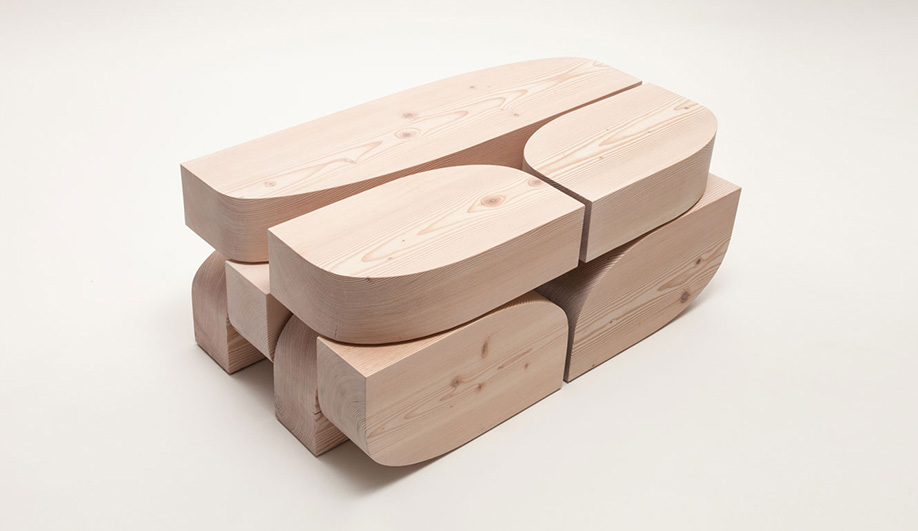 2 Brent Comber’s latest pieces
The West Coast woodworker remains unrivalled in his ability to craft wood into compelling, sculptural objets d’art. While Comber’s spherical sculptures and sidetables crafted from stripes of lumber are classics, he is still exploring new forms. 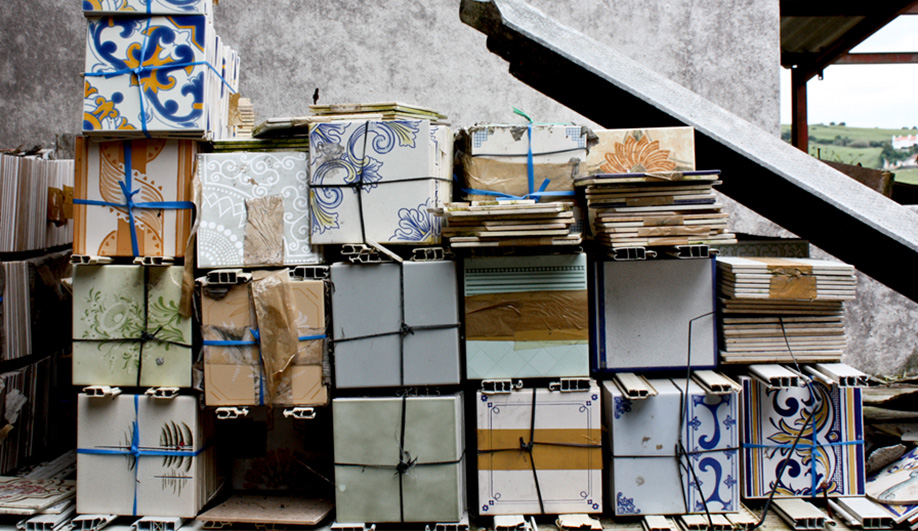 3 Dear Human’s collaboration with Rollout
West Vancouver studio Dear Human, run by Jasna Sokolovic and Noel O’Connell, sources vintage tiles and explores ways to utilize them, as art, wall installations, and guerrilla projects, such as placing random tiles along city streets for passersby to find, and maybe keep. As part of IDSWest’s Prototype exhibit, Dear Human has paired up with custom-wallpaper manufacturer Rollout to develop a to-scale covering depicting their tile mosaics. 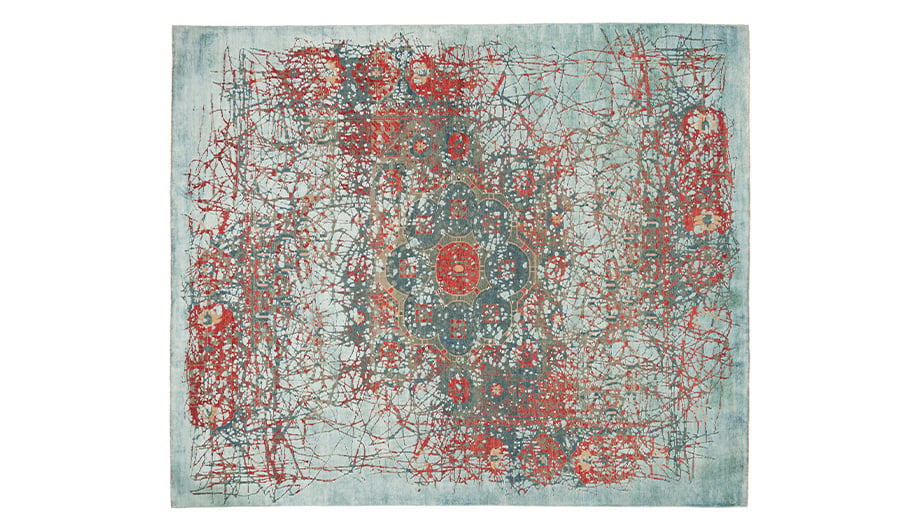 4 Jan Kath’s rugs
German designer Jan Kath’s luxurious wool and silk carpets, hand-tufted in Nepal, are based on his travels around the globe. The newest line, Erased Heritage, has an edgy patina look emulating that of a well-worn Oriental carpet, one that appears to be partially erased with a Pink Pearl or scratched with a steel-wire brush. 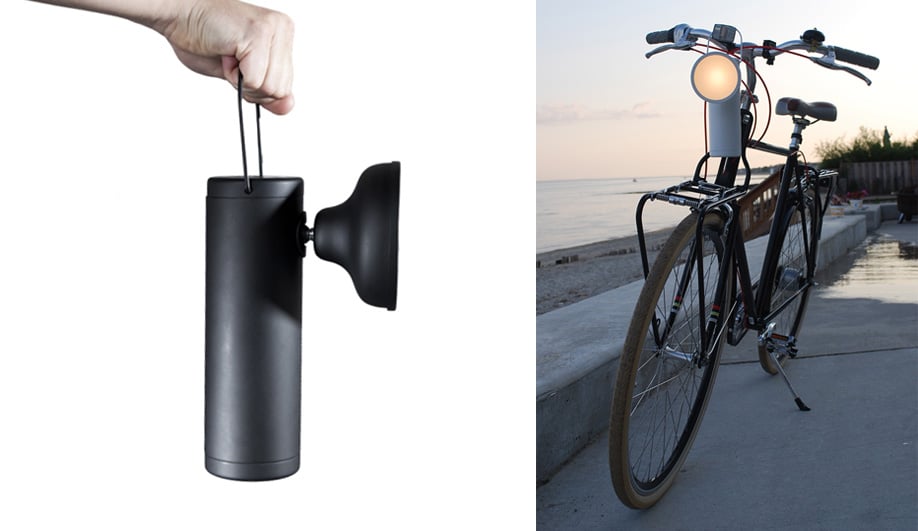 5 Brooklyn’s best design
This year, under the banner of Brooklyn Exchange, IDSWest brings in a handful of studios from the New York borough that are gaining international attention and awards. Among them is Juniper, a manufacturer that collaborates with designers to craft minimalist pieces sensitive to the environment. M Lamp, launched earlier this year, was designed by David Irwin of Ireland. Its LED-powered illumination can be recharged 2,000 times without degradation and its integrated battery is free of cobalt, making it greener and safer. 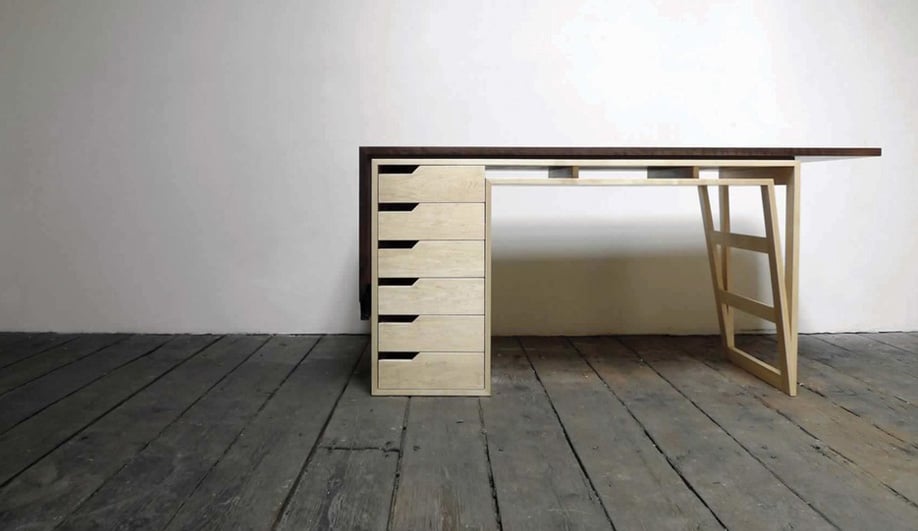 6 The craftsmanship of Asher Israelow
Also from Brooklyn, Asher Israelow’s uniquely handcrafted furniture pieces dazzle with their jewel-like detailing. In a series of tables he built for the New York City Ballet in 2013, Israelow mapped the history of dance through an endless series of tiny brass nods embedded like a constellation of stars into a walnut tabletop. The Study (shown) isn’t quite so ornate, but its engineered form reveals Israelow’s training as an architect. 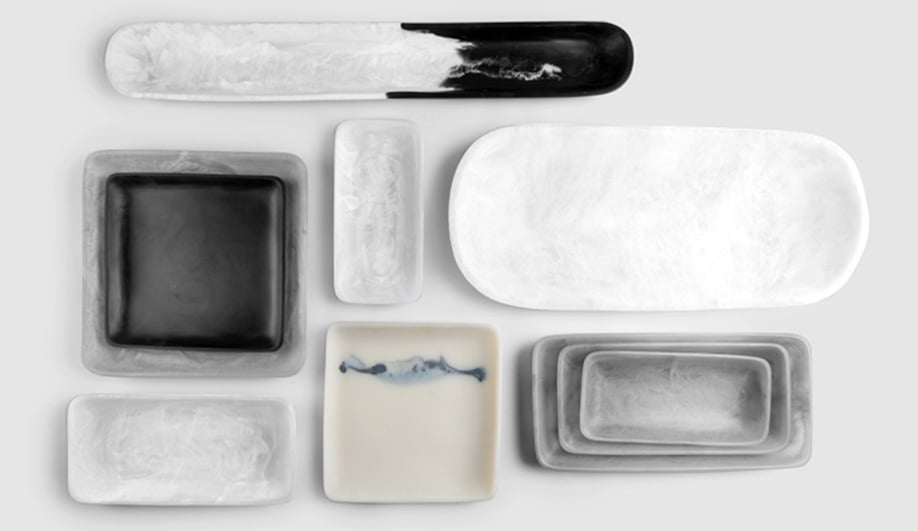 7 Sturdy Living’s resin serving plates
Local designer Martha Sturdy’s aesthetic is closely linked to nature, and her furniture and home accessories have a rugged blocky appeal due to her sculptor’s eye for balancing simple shapes with such hefty materials as brass, steel and wood. Sturdy’s all-time favourite: resin, a material she has used consistently and to great effect since the 1980s. “It holds colour with confidence,” she says, and “embraces light to an otherworldly glow.” 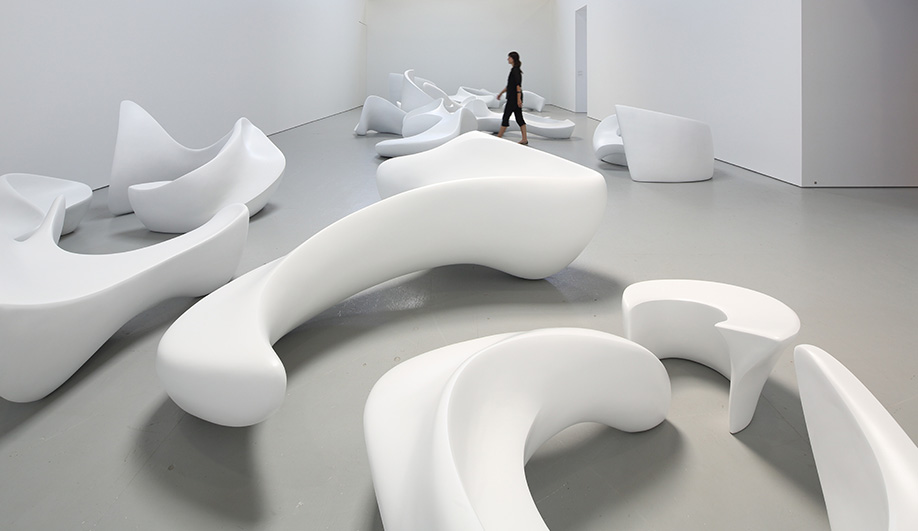 8 Marie Khouri’s jaw-dropping art
Anything Marie Khouri makes is worth spending time with, to experience its visual and conceptual richness. A recent exhibition on the visual artist and jewellery artisan held at Vancouver’s Equinox Gallery consisted of her sofa-like sculptures carved from EPS Styrofoam. Based on Arabic script, their forms spelled out the exhibit’s title: Let’s Sit and Talk (see the current issue of Azure to read more). While that show is now over, we are keen to see what Khouri will be bringing to IDSWest. 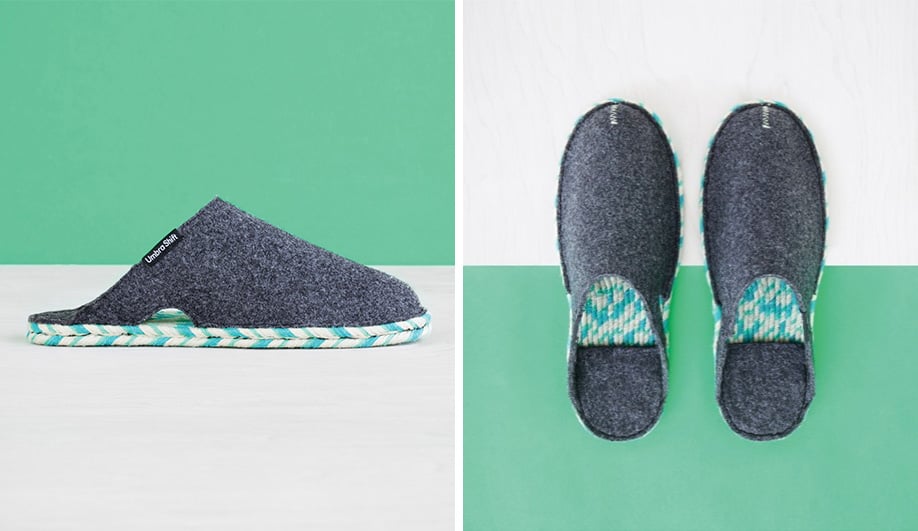 9 The inspiring inaugural collection of Umbra Shift
Umbra Shift launched earlier this year at ICFF in New York and won a 2014 Editors Award in the accessories category. Well crafted and full of inventive ideas, the collection includes Philippe Malouin’s desk-lamp inspired by a brick, Harry Allen’s wooden stools with a basket-weave seat, and felt and rope house slippers (shown) by Fugitive Glue. 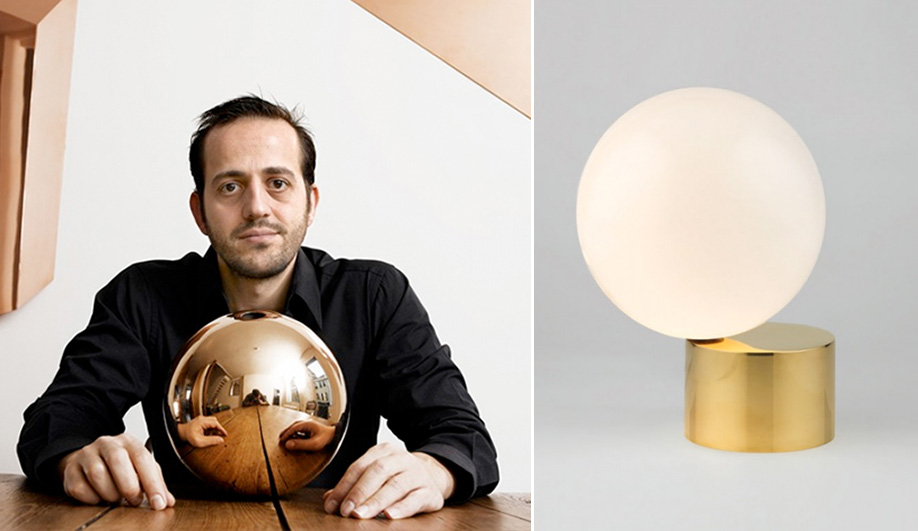 10 Special guest Michael Anastassiades
The London-based maestro of lighting is the special guest on opening night. His talk, at 7pm, will be especially directed at aspiring designers seeking ways to get their concepts noticed and made. Anastassiades will discuss the path he took to establish an independent practice to produce his own work, while also collaborating with such top brands as Flos. Thursday, September 25, 7pm, at Livingspace Design Stage.