The Sleek HQ of the A.C. Milan Soccer Club
Designer Fabio Novembre re-interprets the team's colours for the new facilities, which also feature interactive exhibits created in collaboration with Google. 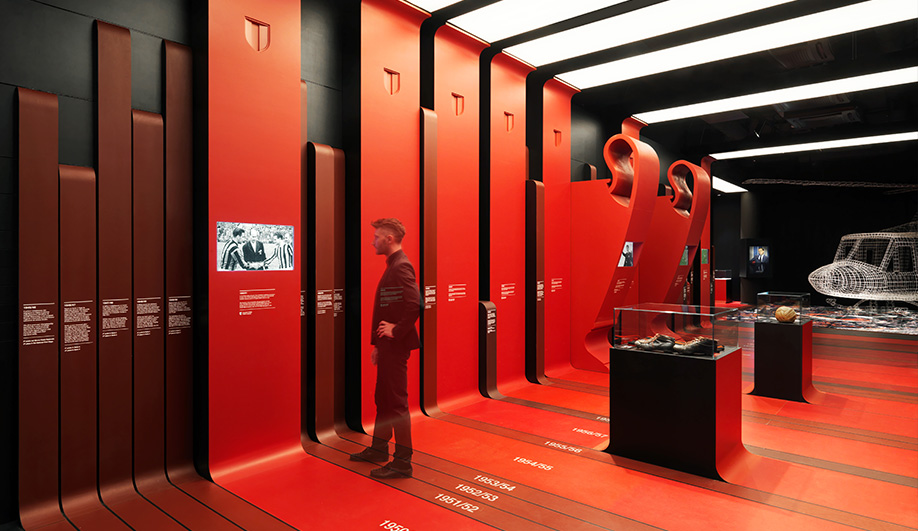 An interactive pathway follows the team’s chronological journey through a multi-sensory experience. 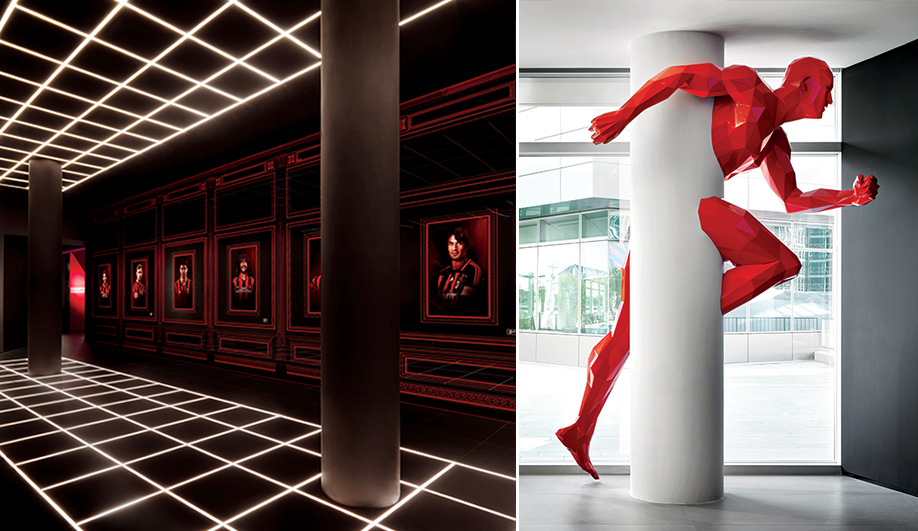 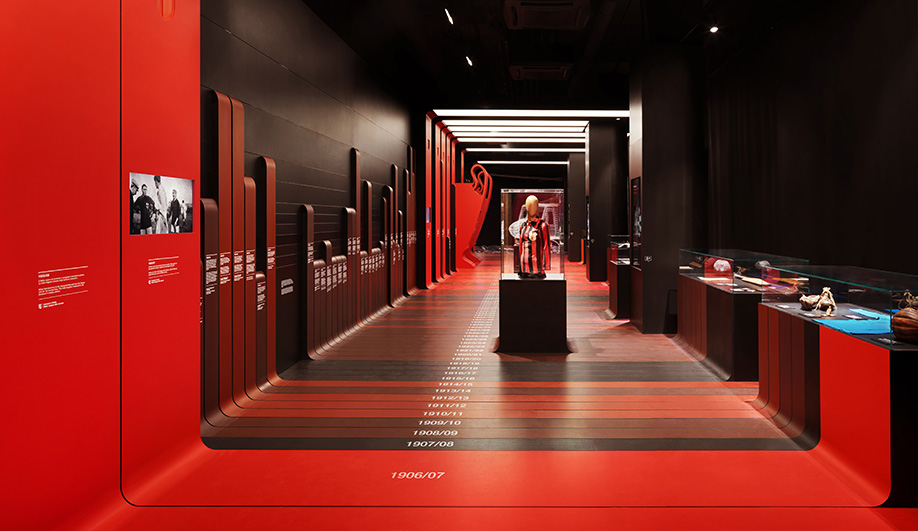 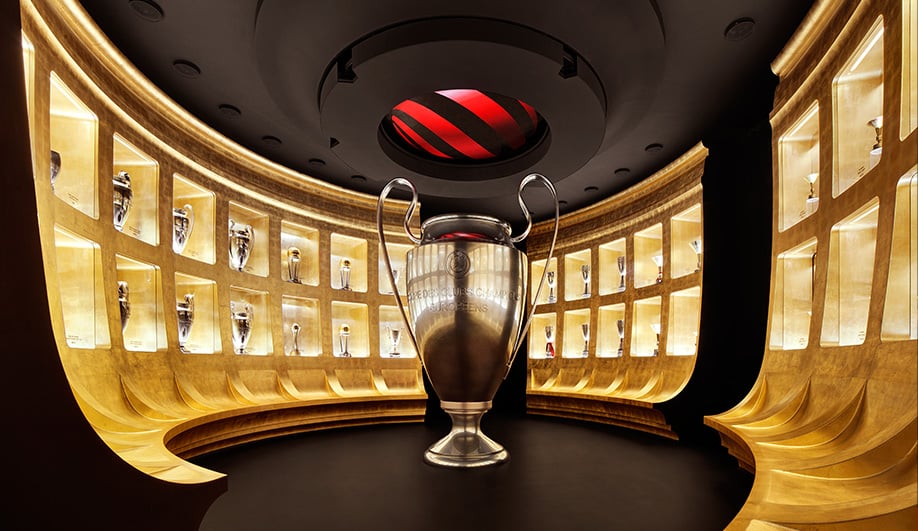 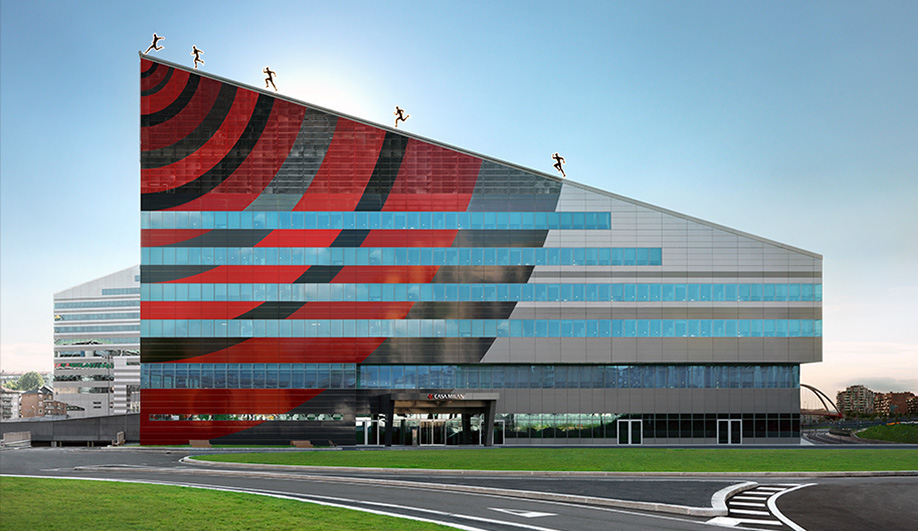 Could the go-to red and black palette of Fabio Novembre be rooted, after all these years, in something as prosaic as soccer? When A.C. Milan commissioned the designer to visualize its new headquarters, the signing seemed like a perfect pairing. “I love the strength of these two colours,” says Novembre, who is passionate about the sport. Famous for its red and black stripes, the team often goes by the nickname i Rossoneri (the Red and Blacks).

The seven-storey structure in Milan’s northwestern district of Portello is anchored by a museum, the first officially opened by the club. A curving, red-lacquered wooden desk sits at the gateway to Mondo Milan, which features interactive exhibitions designed in collaboration with Google, and a gold foil-clad room for displaying the team’s myriad trophies. Altogether, the two-tone museum fills roughly 1,000 square metres of the 10,000-square-metre complex, which also contains a restaurant and management offices.

In the team’s official store, Novembre punctuates columns with red-­lacquered wooden sculptures of a man in motion. Five more active figures, this time executed in varnished aluminum, are set upon the sloping roof of the headquarters; they appear, from their sequencing, to race toward a kick at the roof’s edge. When asked whether the running man’s form is based on a favourite A. C. Milan star player – Maldini, or Shevchenko, or Kaká – Novembre responds diplomatically with the ultimate club-first motto: “I don’t have a favourite player. Soccer is about playing in a team.”