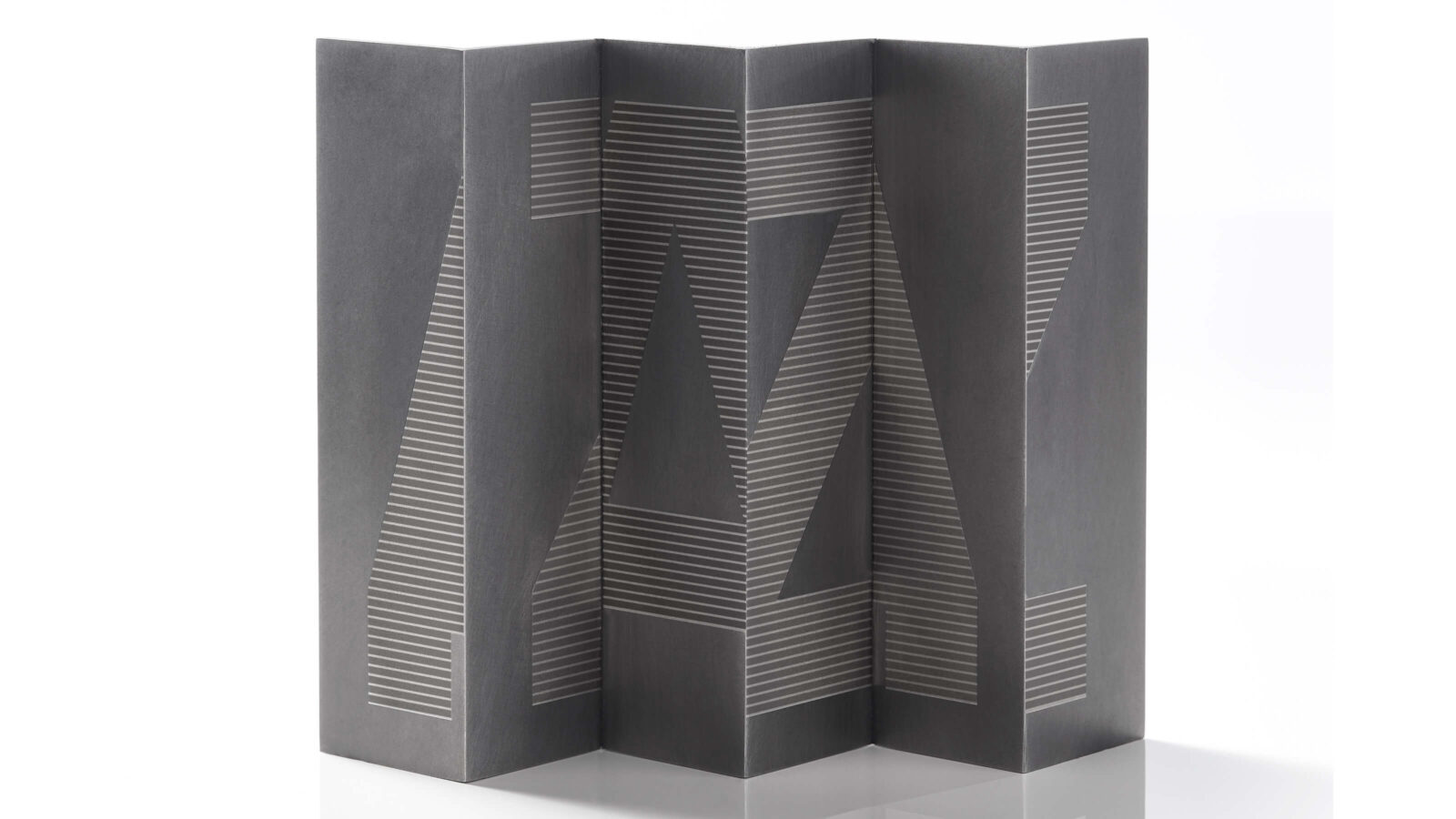 The VP of Design at Umbra – and a member of our 2019 AZ Awards jury – designed a one-of-a-kind trophy for winners to take home on June 21.

Matt Carr has designed over 100 products for Umbra, the international housewares manufacturer where he has played an integral role since 2001. Among his output are the Postino mailbox, the Hub ladder and the Rolly furniture collection. He’s also helped usher in new contemporary collections with collaborators of Umbra’s Shift series. So, when it came to designing a trophy for the 2019 AZ Awards, he took our annual point of departure – a depiction of the letters A and Z – and created a sculpture that also feels like a timeless design. We asked him how.

How did you come up with the concept?

I was playing with the AZ letters in an abstract form without departing from the Azure font. I wanted the trophy to be a 360-degree object and have the ability to transform without having any mechanical parts. Working with paper mockups, I landed on an agamograph which changes depending on viewing angle. This allowed the A and Z to be viewed independently on the left and the right side while creating a Dazzle Camouflage like graphic from front view. 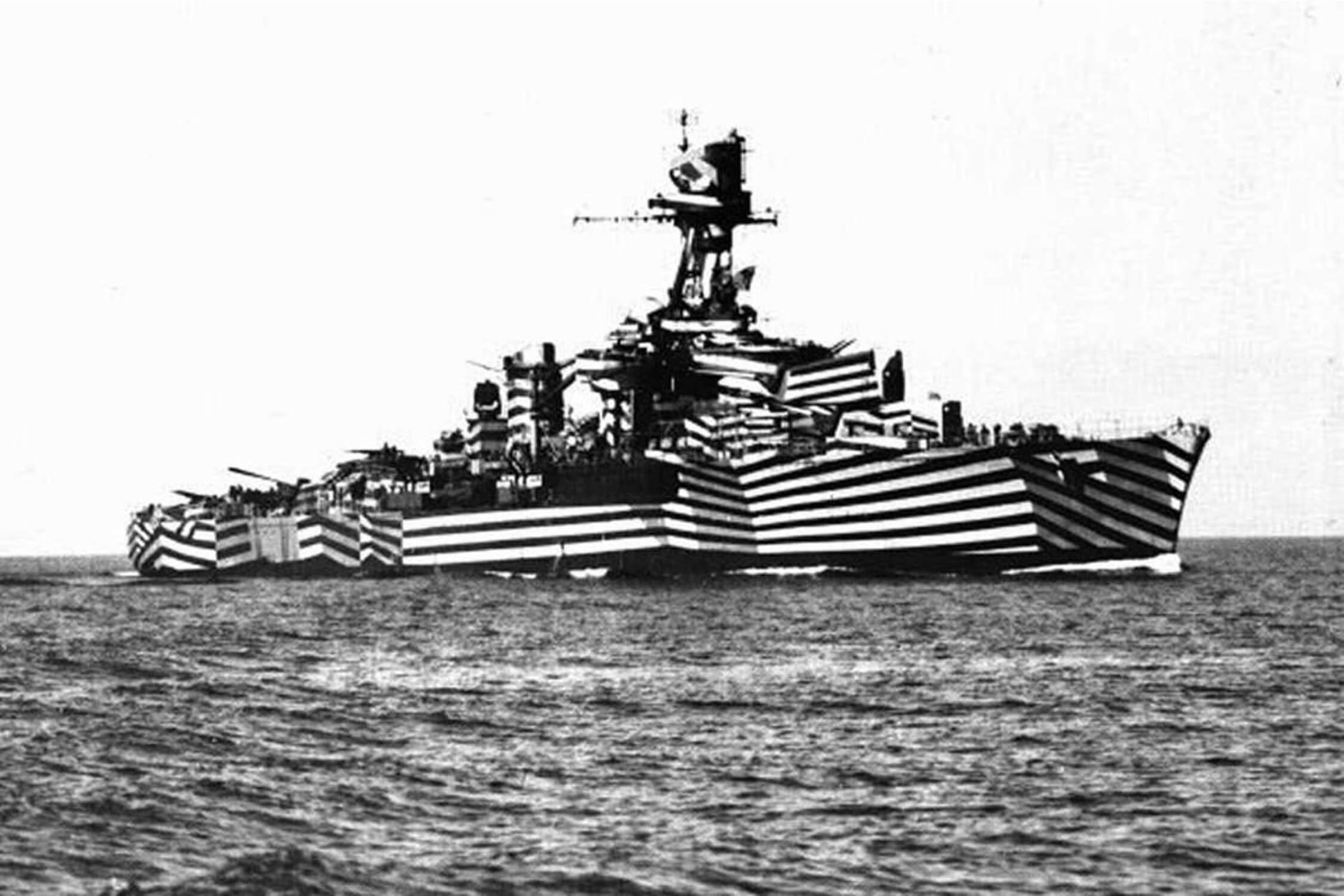 Dazzle camouflage on a World War I ship 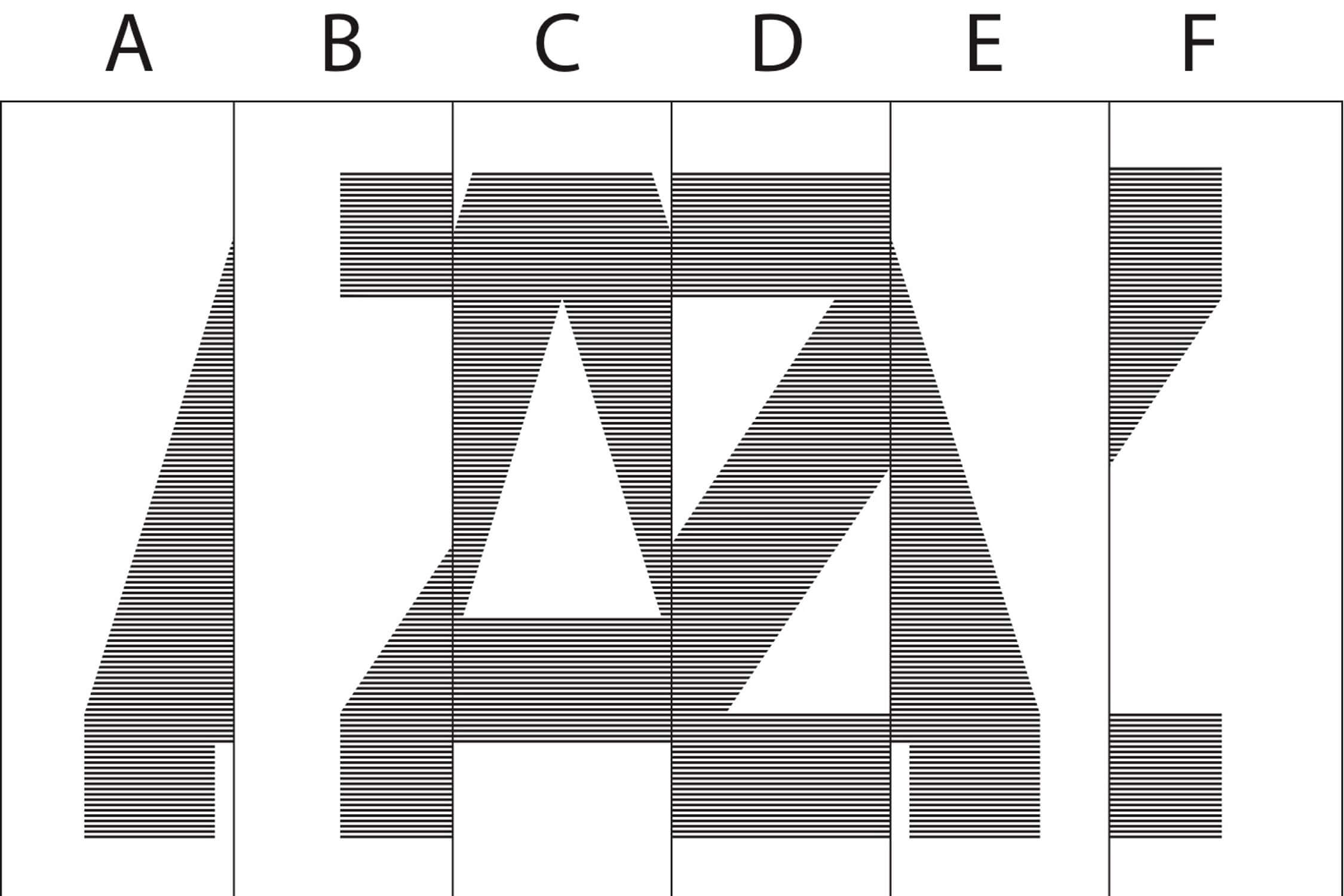 What informed the material choice and the finish?

When looking at the accordion form, the most minimal way to create the form was stamped metal. As I explored the process with the local manufacturer, the 90-degree bends would not be crisp enough for the graphic application. Hand welding and polishing six strips of metal allowed for a clean and stable form.

The laser etching process allowed the graphic to bleed to the inner and outer edge of each panel. The plated and etched finishes created a subtle contrast between graphic and background.

The linear-etched pattern was a last-minute change when we noticed the solid etching left a witness line on a couple of the panels. Creating a repeating horizontal pattern allowed the etching process to hide any witness lines. I actually prefer the final result as it has much more detail and texture. 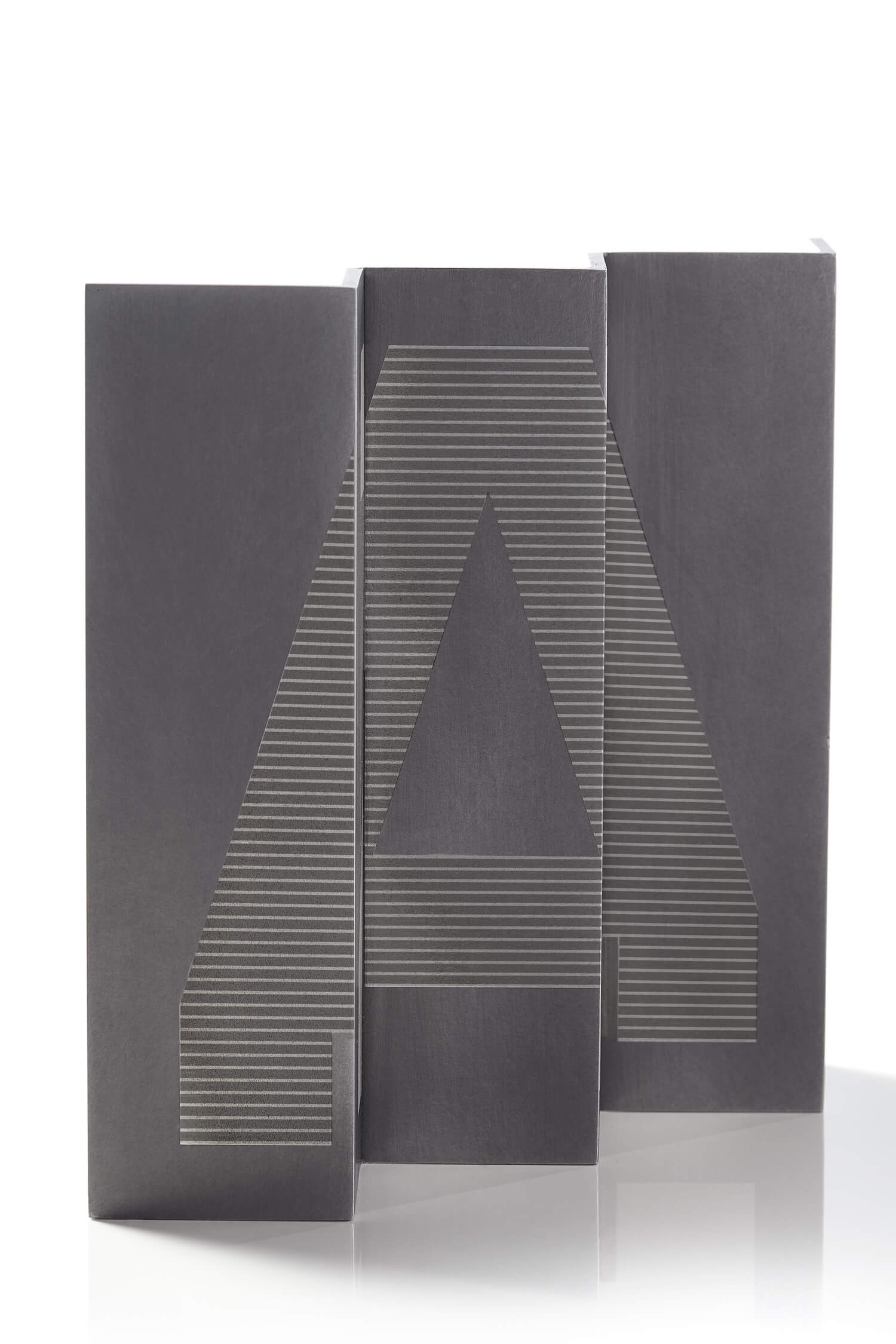 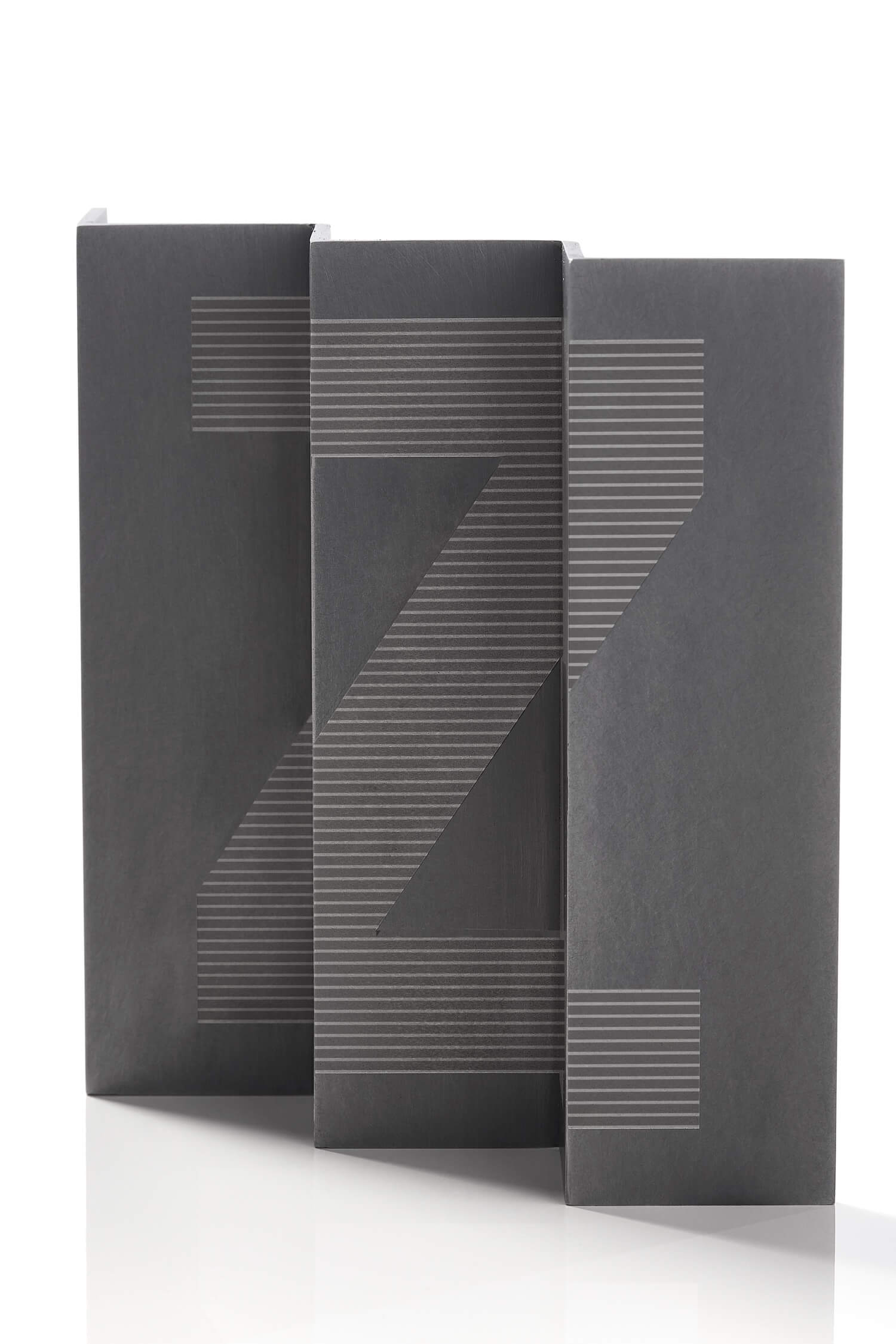 We really like the cork end pieces that form the packaging. How did you get that idea?

Since boxes typically get thrown away, I wanted to create a structure that could both protect and display the trophy. Sort of a box without a box. The identical machined cork pieces offer a contrast in weight and texture to the heavier metal trophy. The stained cork protects the trophy and the surface it rests on. 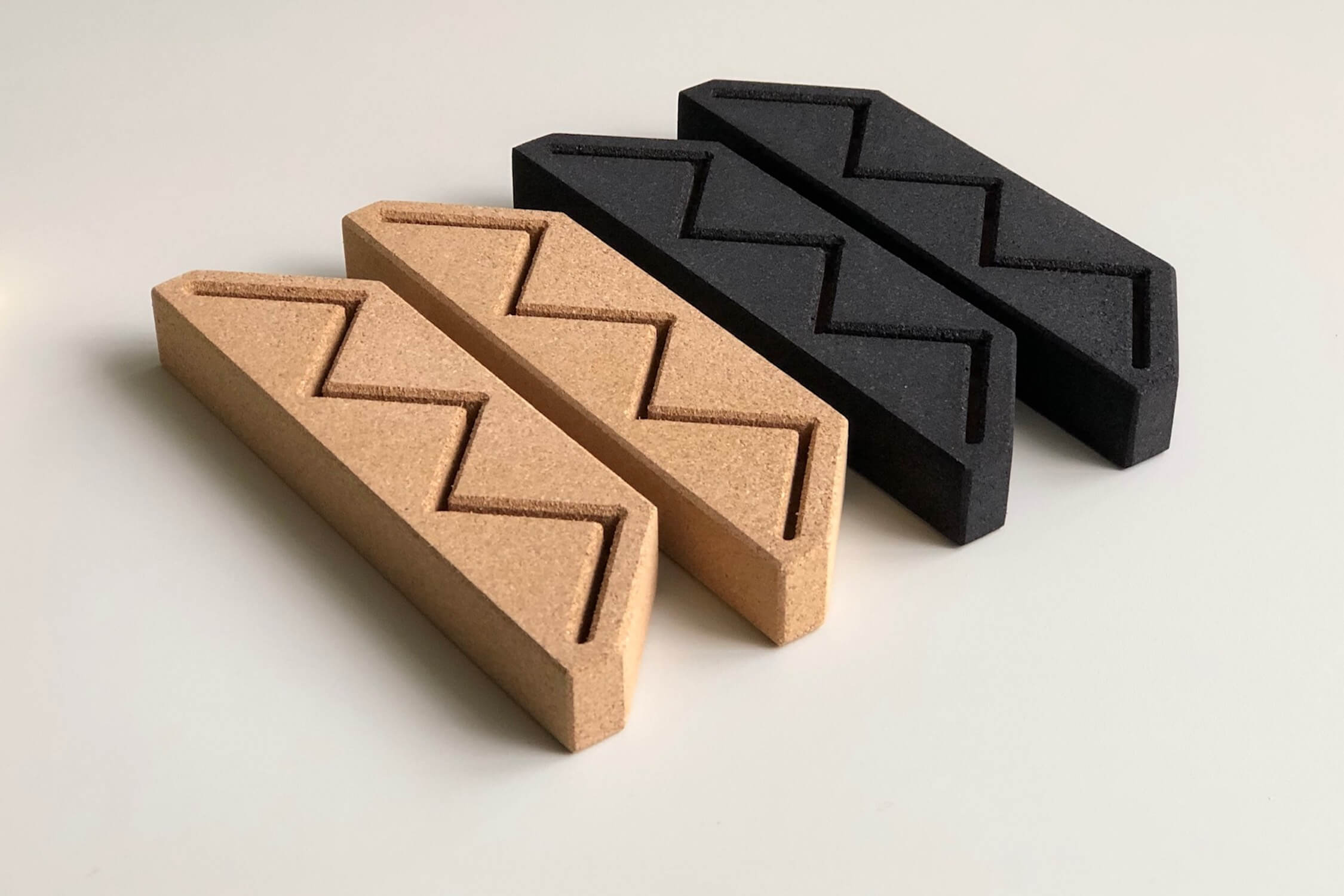 How do you think the piece reflects your work as a product designer? And how does the trophy tap into the Umbra way of developing product?

In early concept development, the studio is constantly thinking about surprising the consumer with simple and clever solutions. Understanding the manufacturing process and material on hand, thinking about packaging and on-shelf presence. Like the happy accident with etching the A and Z, at Umbra we adapt to constraints and allow the process to drive new design solutions.

The 2019 AZ Awards Trophy will be handed out to this year’s winners at the AZ Awards Gala on June 21 at the Evergreen Brick Works. Be there for the big reveal!  Get your tickets here.

The VP of Design at Umbra – and a member of our 2019 AZ Awards jury – designed a one-of-a-kind trophy for winners to take home on June 21.