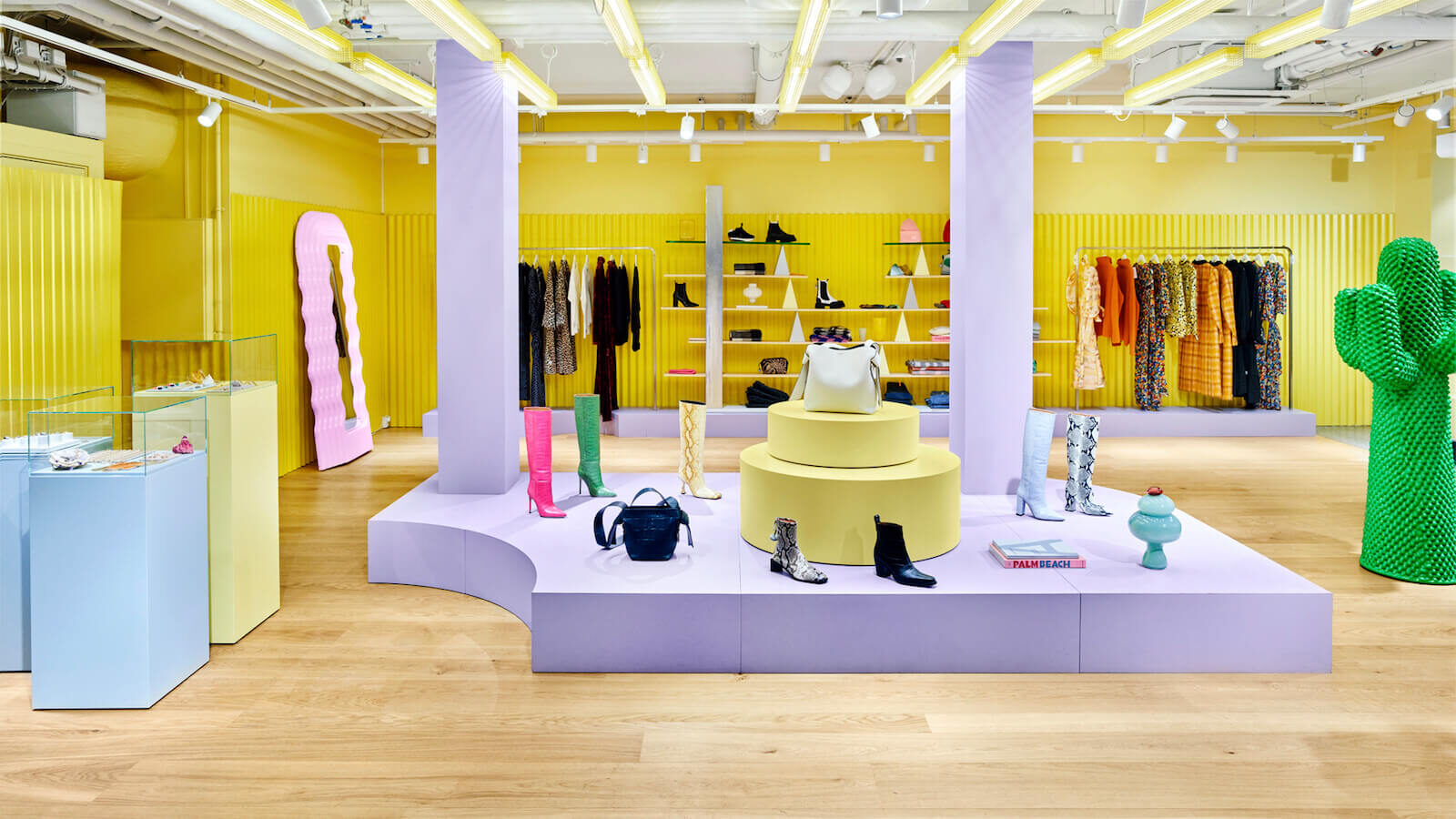 A menswear shop and a NASA-inspired sport section have joined the Moniker boutique’s vibrant womenswear interiors.

When it first opened its shop in Oslo in April 2020, Norwegian retailer Moniker was already taking a risk. Could a bricks-and-mortar destination withstand the challenges of the pandemic? Now, a year later, and with the recent completion of its own expansion, it has proven that yes, retail is still alive and well.

Design has a big role to play in this success. Situated adjacent to Valkyrien square, by the popular shopping street Bogstadveien, the store was designed by Snøhetta with a vivid palette of materials and hues, some of them reminiscent of Memphis. The store emphasizes the brand’s bold graphic style — its logo has five typographical variations — which Snøhetta also worked on and which provide a continuum between the online and IRL stores. 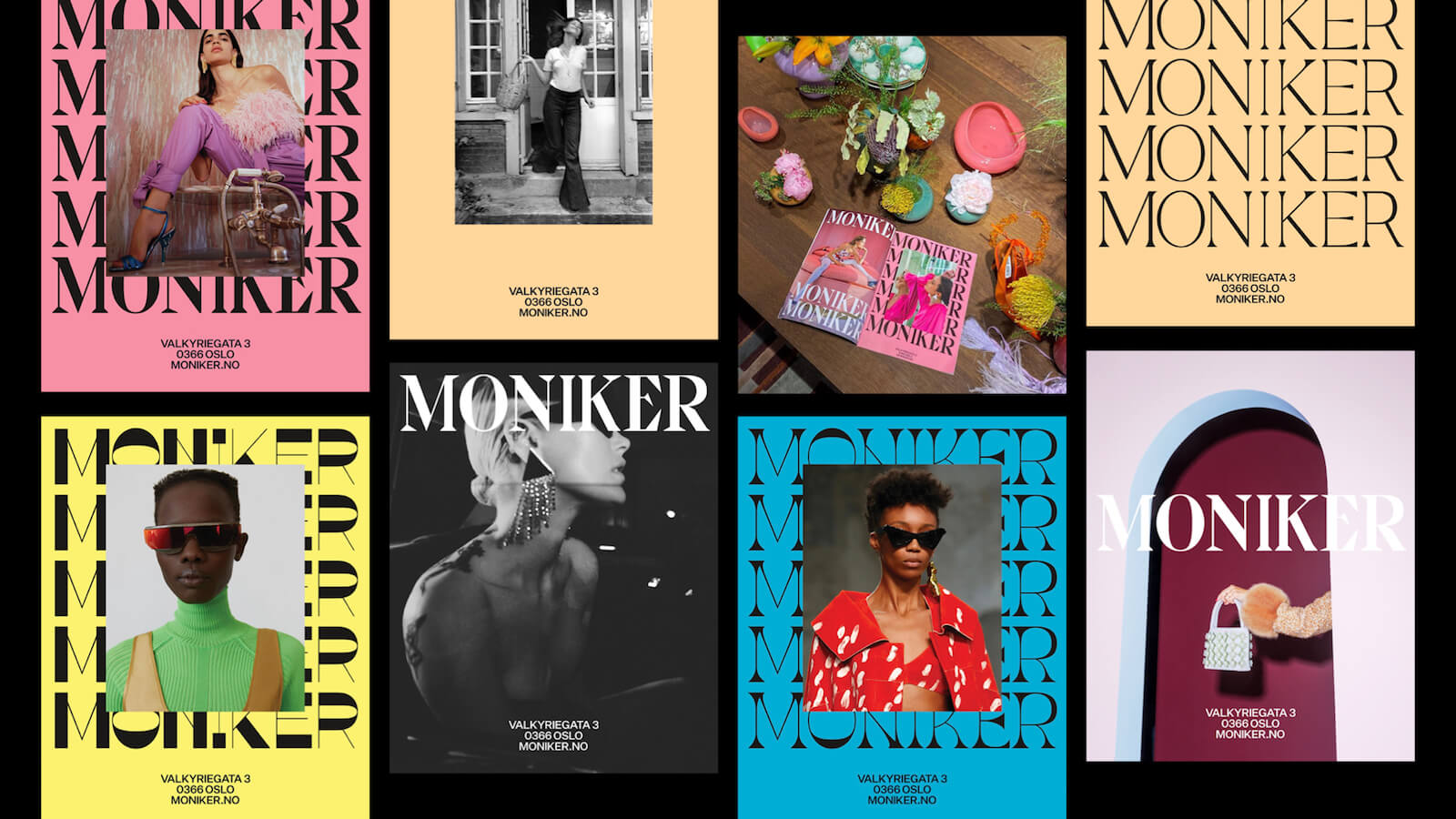 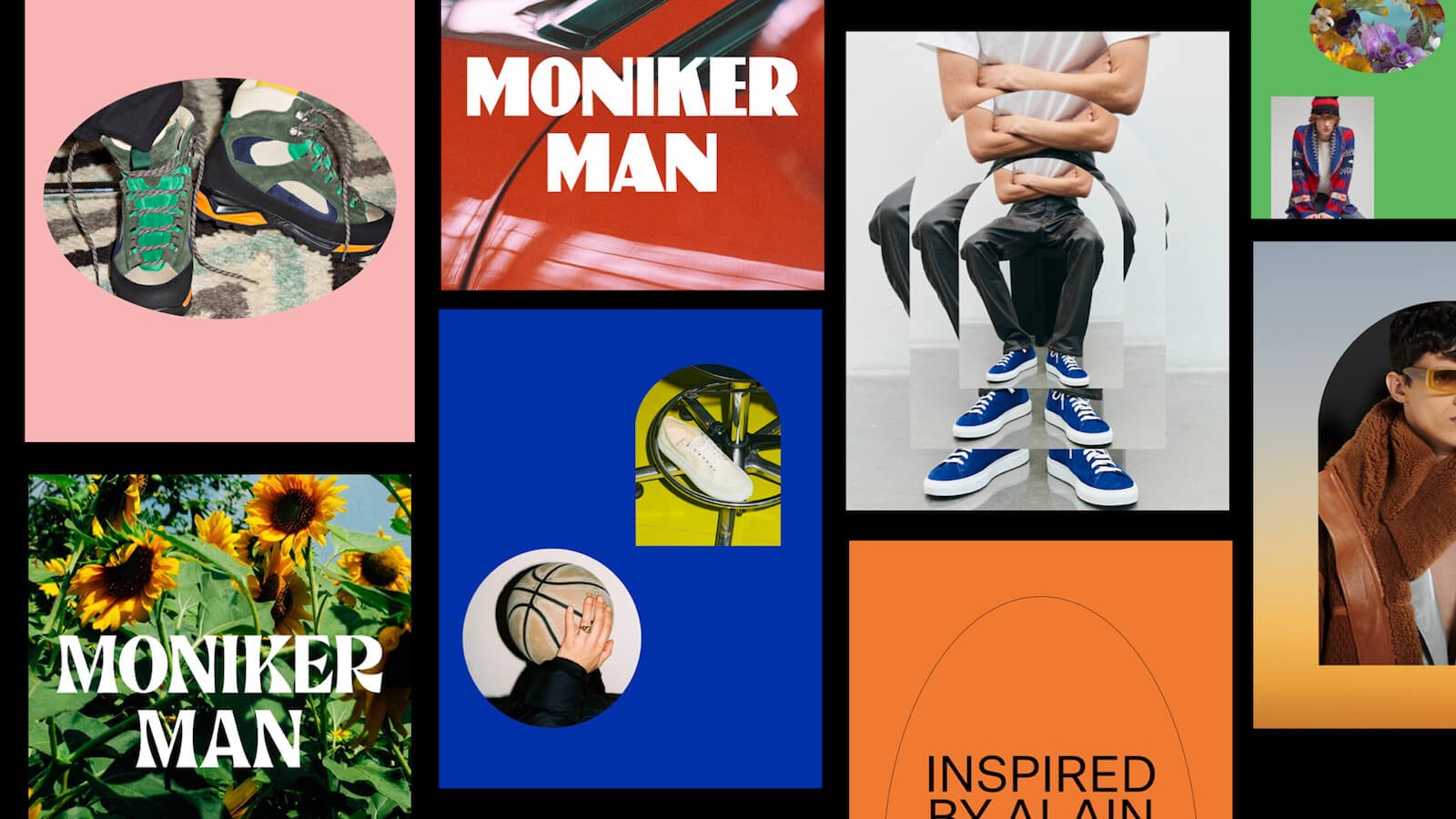 “Through strategic branding, graphic design, web design and interior design, the Moniker brand house inspires shoppers to discover their own Moniker — their personal nickname translating into their own signature style — by immersing them into a playful universe, both in the store and online,” Snøhetta explains via press release. 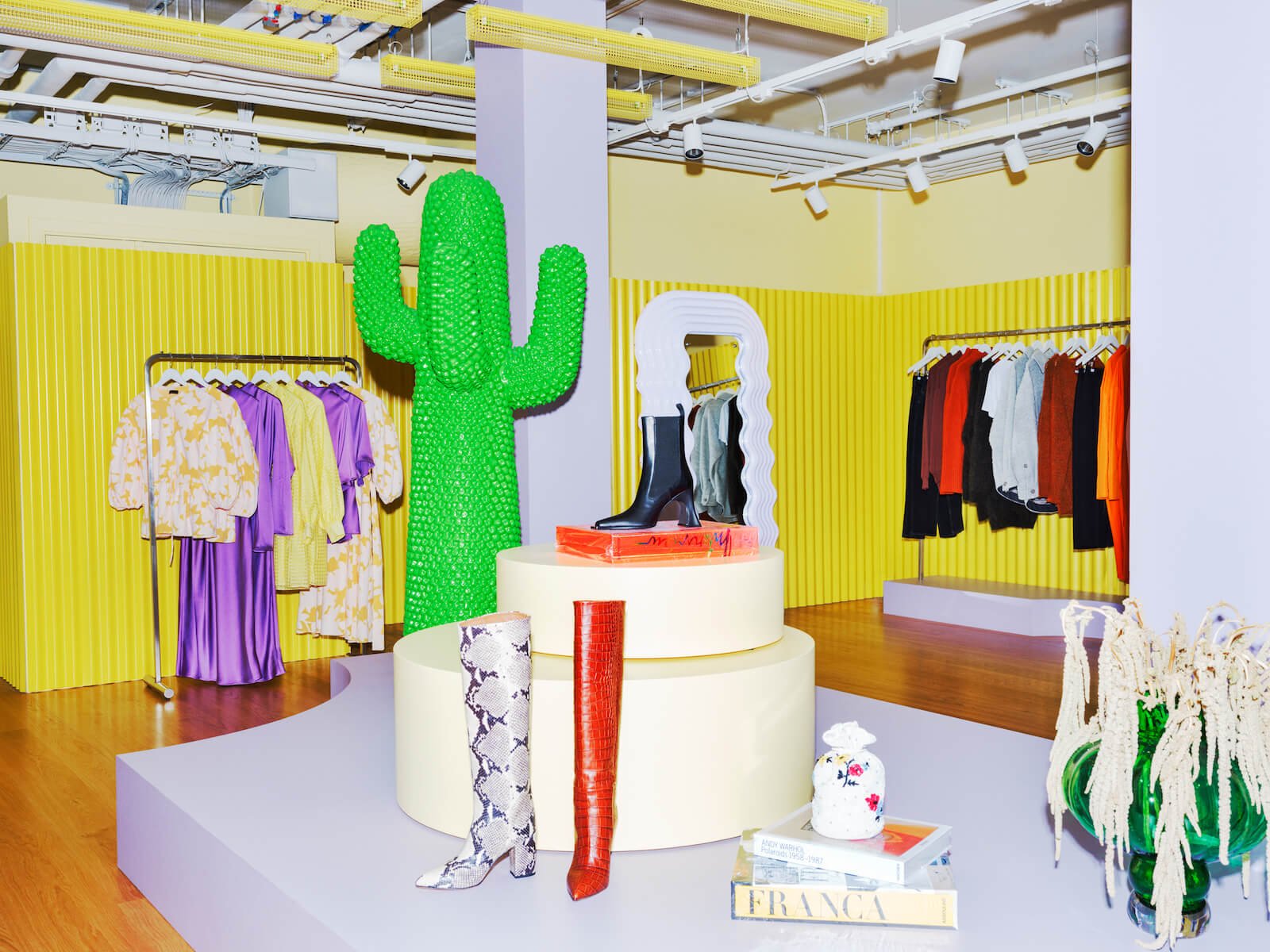 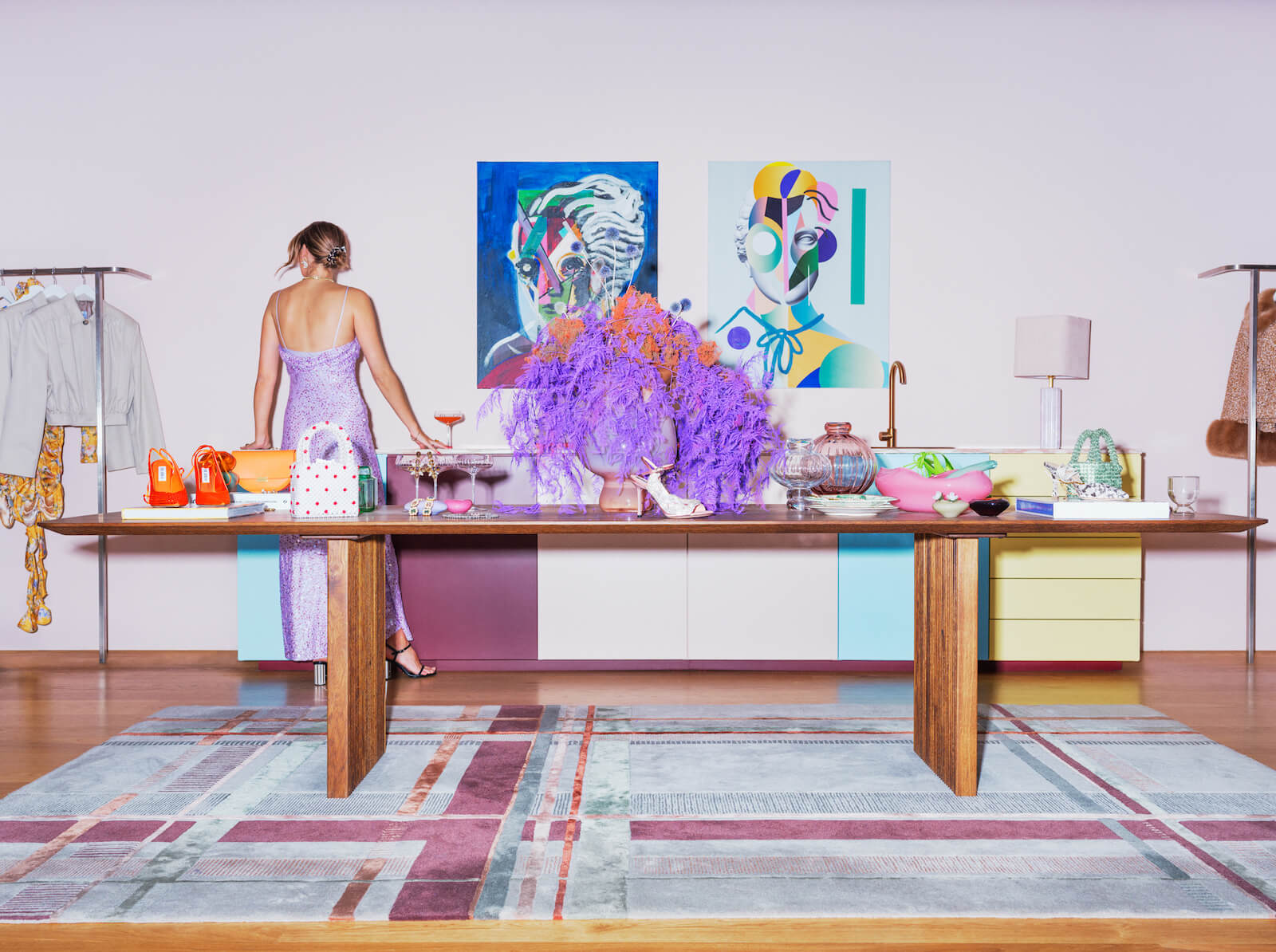 Those nicknames refer to the company’s personae, six female icons represented by six standout traits: Distinctive, Ambitious, Sensitive, Eccentric, Curious or Daring. The interior layout, which at first comprised a womenswear boutique spread out across 800 square metres, reflects this multiplicity. Inspired by Grace Jones, the Distinctive zone features bright colours and strong geometric shapes. The Ambitious area takes its cues from the movie star and inventor Hedy Lamar; it is devoted to timeless glamour and luxury. The Sensitive enclave endeavours to replicate the bohemian, Paris-meets-London style of Jane Birkin. The Eccentric space is as hedonistic and maximalist as Peggy Guggenheim; and the Curious zone features exotic patterns and tones inspired by the travels of explorer Isabella Bird. 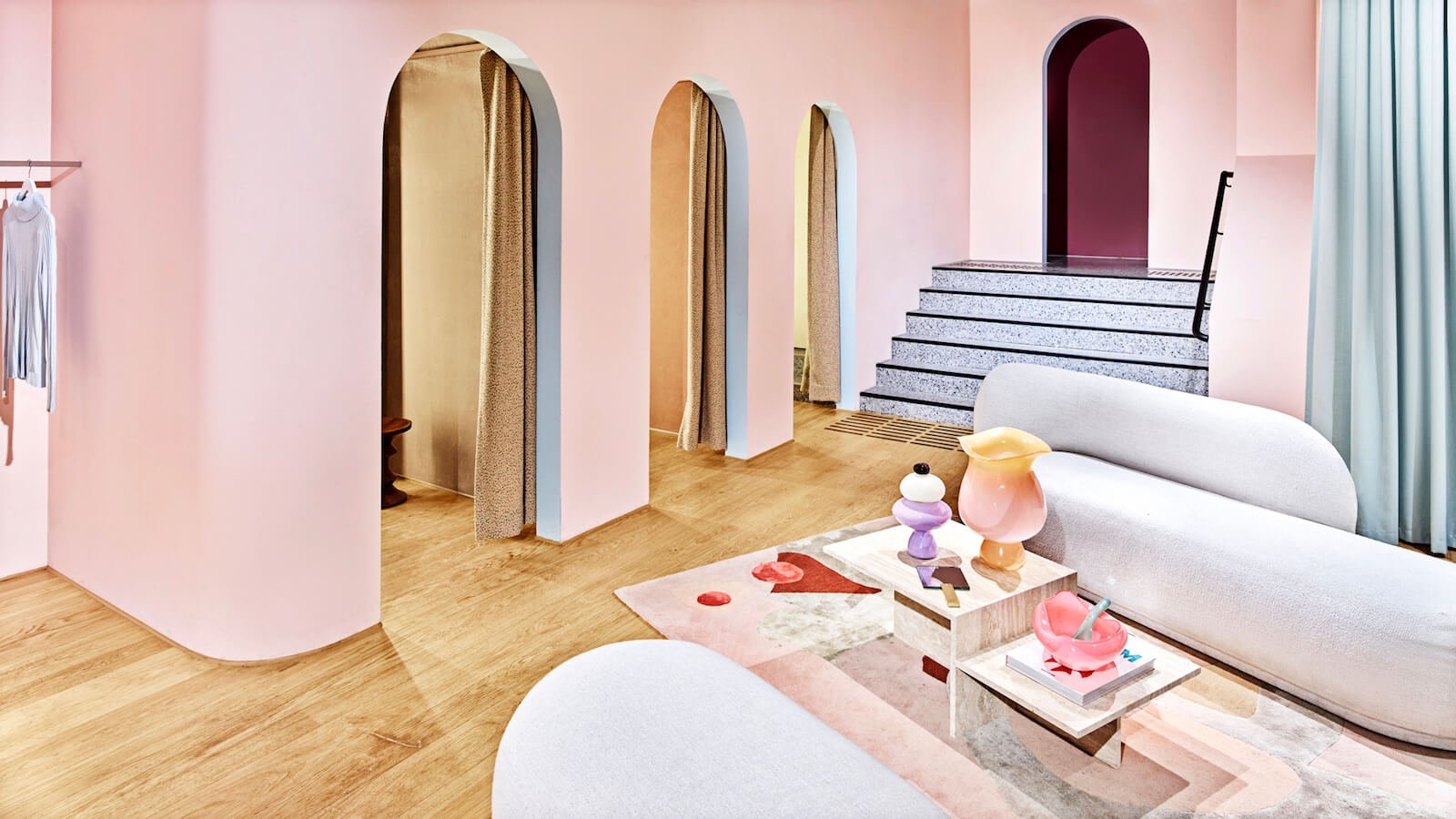 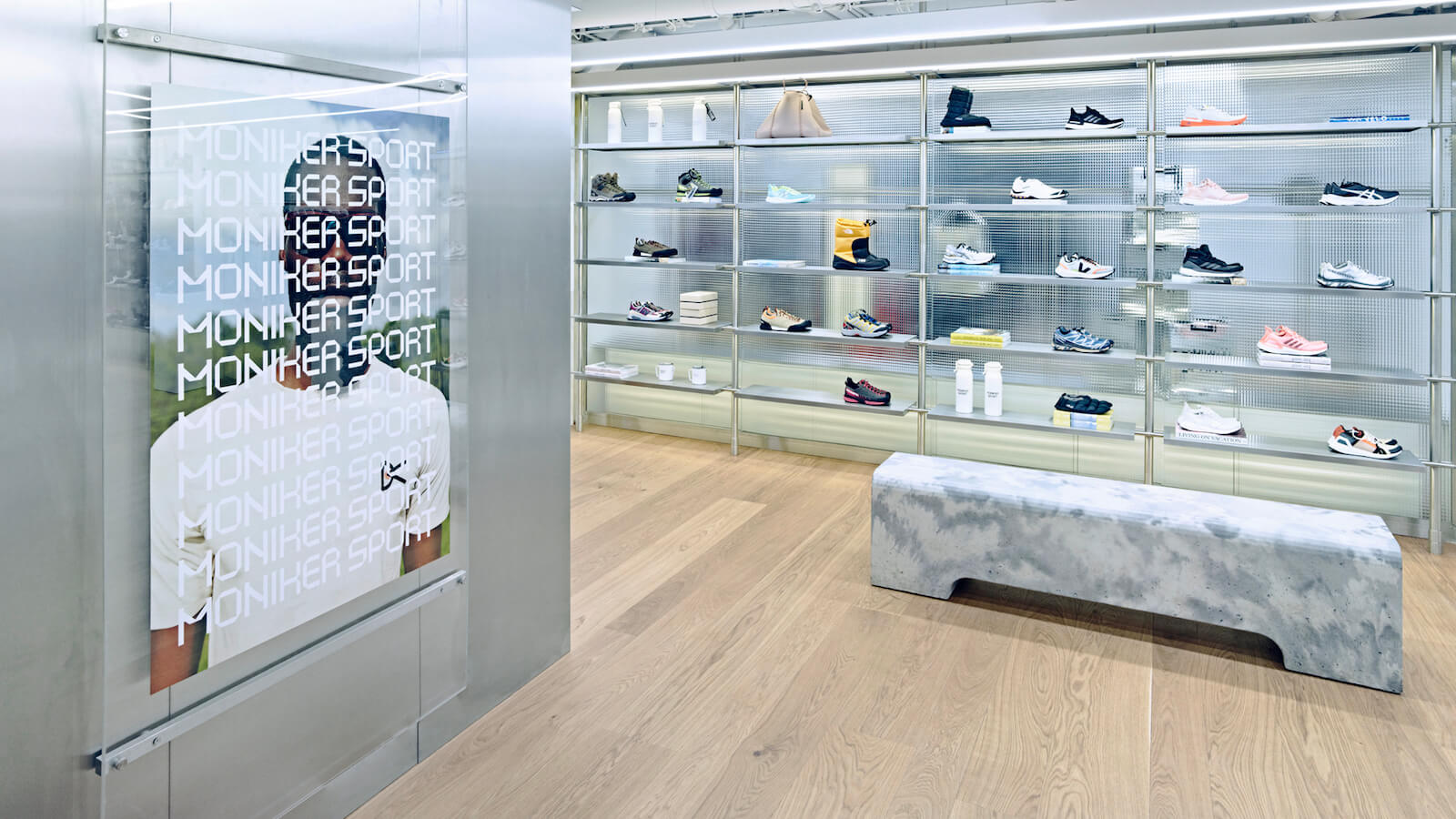 To this menagerie, Snøhetta has now added a menswear and a sports section on a second storey dubbed Moniker Man and Moniker Sport. Taking the sleek, space-gear feel of NASA as its launching pad, the latter was designed in collaboration with art designer Pettersen & Hein and is inspired by the astronaut couple Anne Lee Fisher and William Frederick Fisher. It features minimalistic sportswear for men and women, including silver-sheen accessories on steel-toned shelving that contrasts dramatically with the earthy textures elsewhere, all against a background representing the six shades of white in an astronaut’s spacesuit. 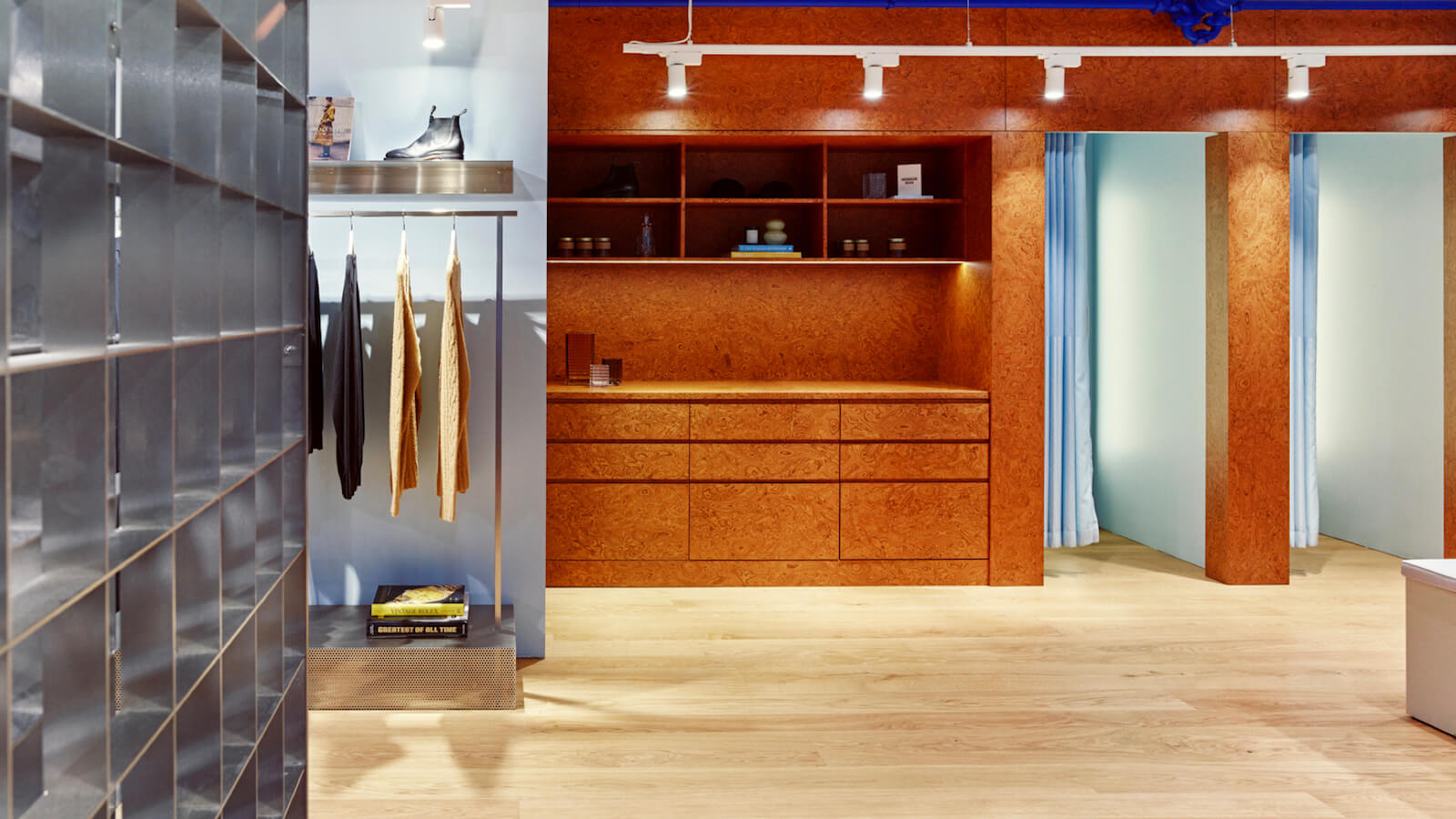 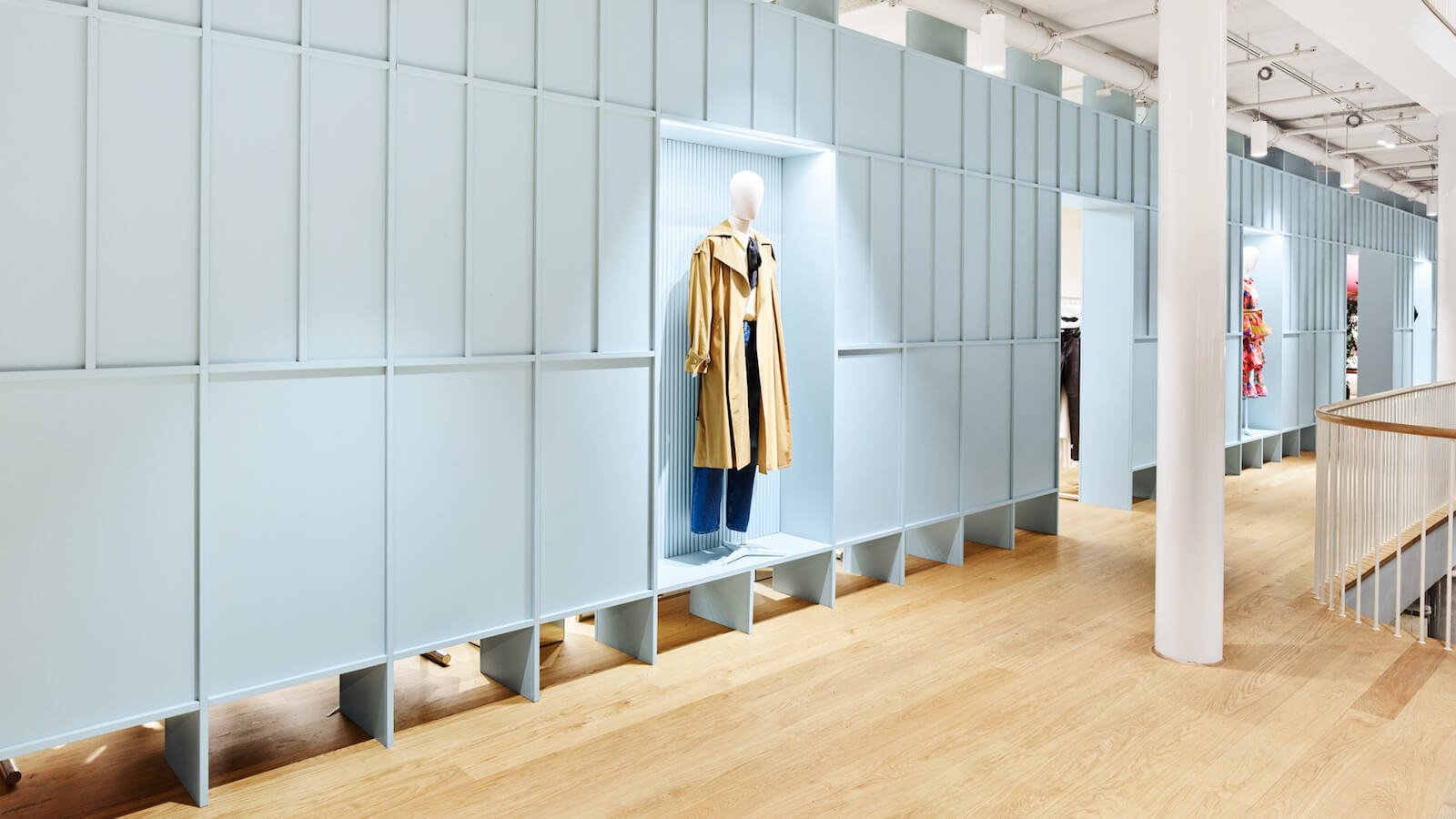 Moniker Man, on the other hand, is split into two sections: one inspired by French movie star Alain Delon and featuring organic shapes and arches, and the other by Hollywood star Paul Newman and more influenced by its muse’s love of car racing.

With such vivid personalities to meet out in the real world, the bet is that customers will take a break from online shopping to experience something more special. So far, it’s working. 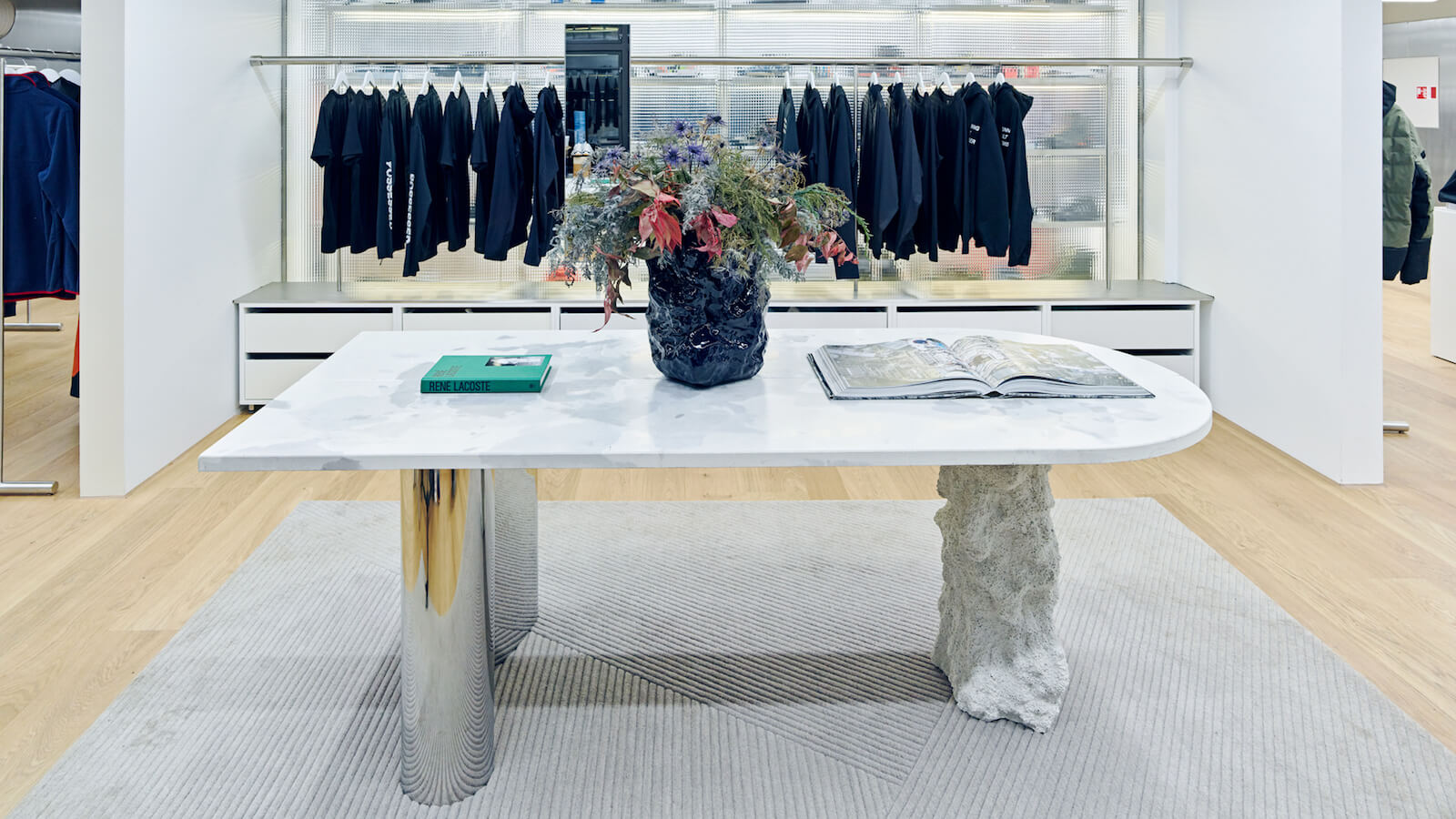 A menswear shop and a NASA-inspired sport section have joined the Moniker boutique’s vibrant womenswear interiors.