SO-IL’s L’Air Pour L’Air is a Musical Meditation About Air Pollution
To highlight its concerns about environmental pollution, New York architecture and design SO-IL encased a quartet of musicians in mobile air filters for L'air pour l'air at the Chicago Architecture Biennial.

An art gallery covered in a chain-link veil. A canopy made from perforated aluminum. Dividing walls constructed from stretched gauze. Almost every one of SO-IL’s architectural projects is defined by an element of semi-transparency. Principal Florian Idenburg says it’s his interest in breaking down the barrier between walls and the outdoors that informs most of what he and partner Jing Liu have built since they started their New York practice in 2008. “We’re always aware of that threshold between exterior and interior,” he says. 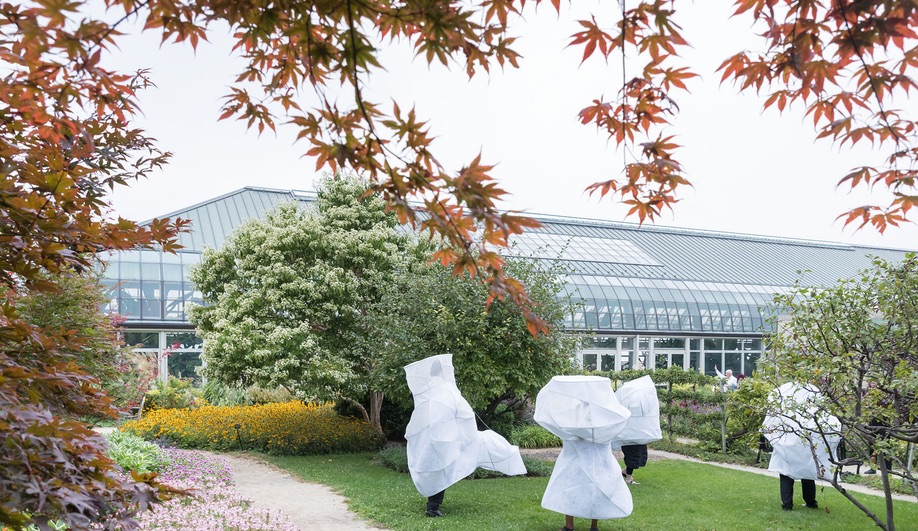 When Idenburg was invited to create something new for the Chicago Architecture Biennial, he naturally chose the leafy environs of Garfield Park Conservatory, where indoors and out already co-exist, as his site. He also teamed up with Serbian artist Ana Prvački to create a performance piece that would bring awareness to their shared concerns about air quality and how pollution will affect the way we live in the future. 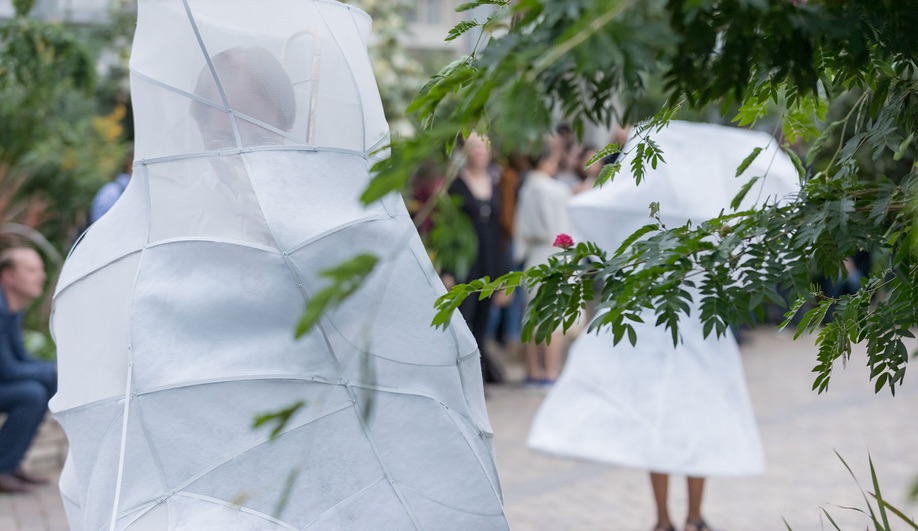 Titled L’air pour l’air, their intimate work featured a quartet of musicians (a trombonist, saxophonist, flautist and vocalist) performing a score by composer Veronika Krausas under personalized tents made of the air-filtering mesh used in HVAC systems. The enclosures allowed the performers to walk around freely; each was shaped to the ergonomics of the individual players and their instruments. For viewers, the performance translated as a poetic meditation on the air needed to play an instrument.

“In order to play and make poetry and culture,” the collaborators explain, “we need to be able to take deep and full breaths, without fear.”