Social Capital
Facebook, Evernote, AOL and other big-name internet firms are turning to studio O+A to make the office feel like home 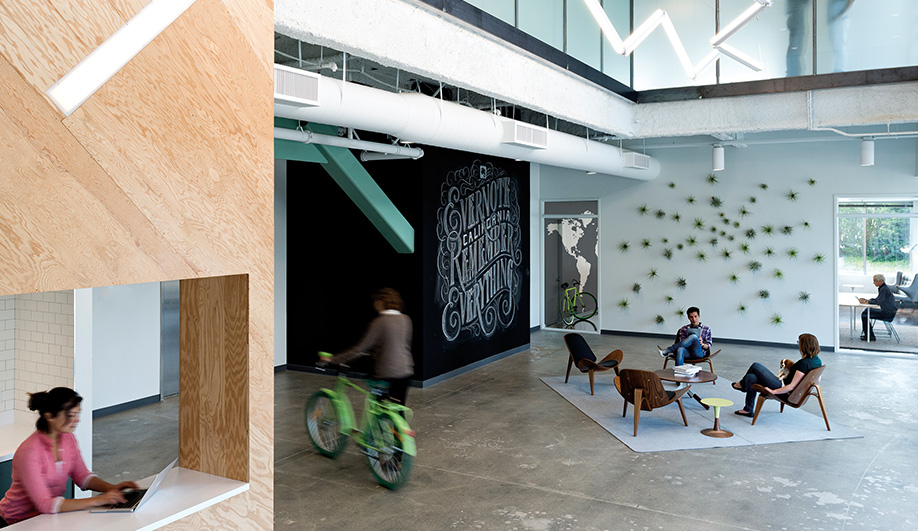 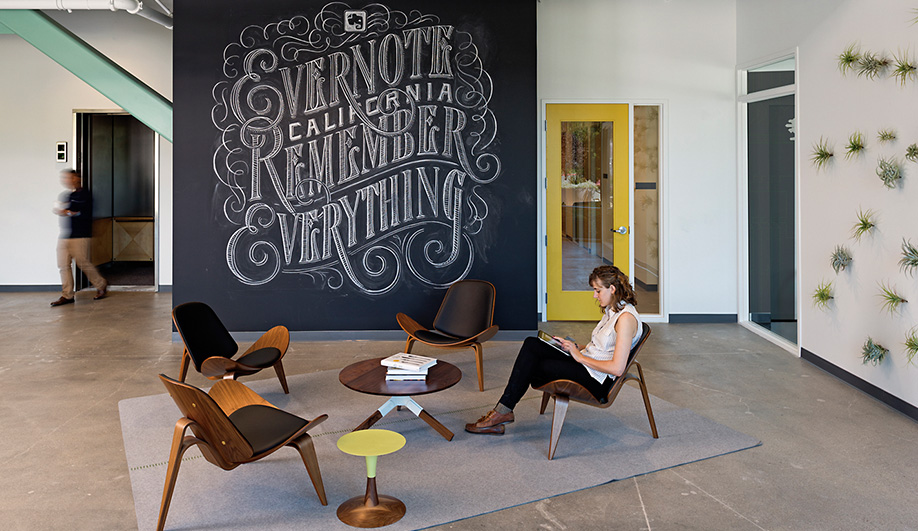 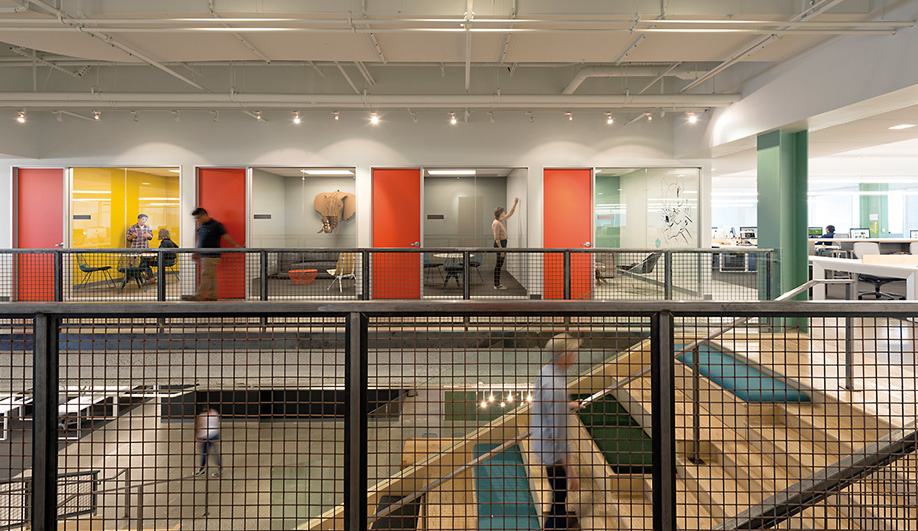 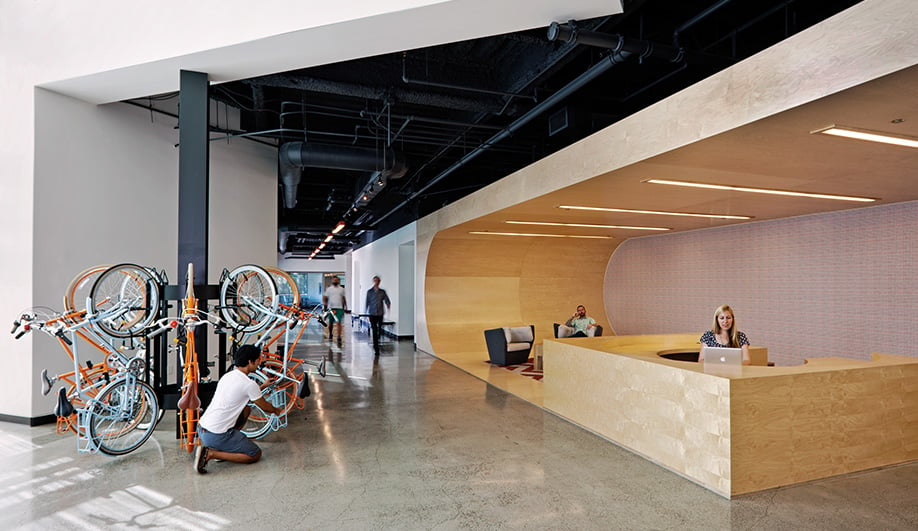 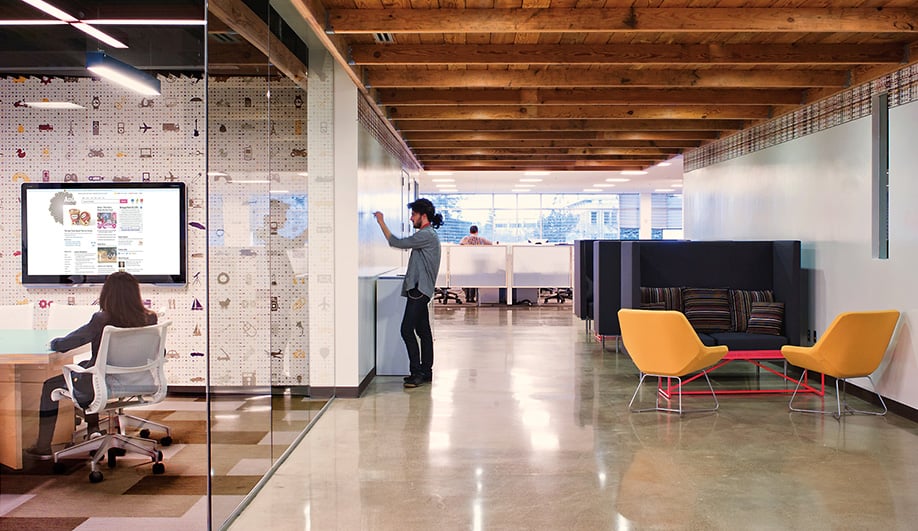 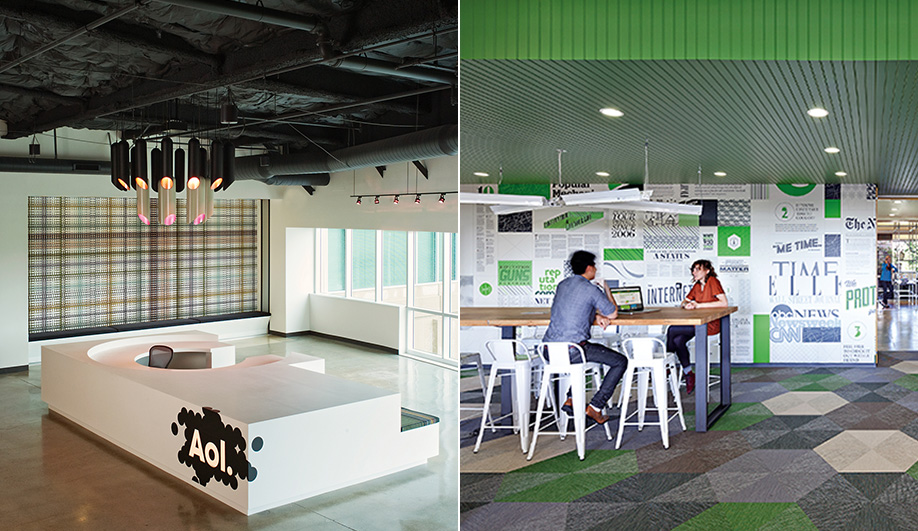 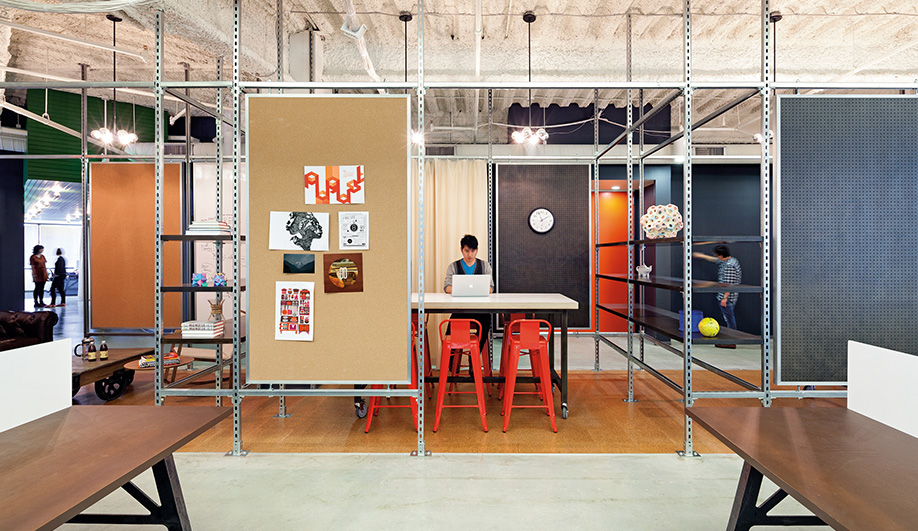 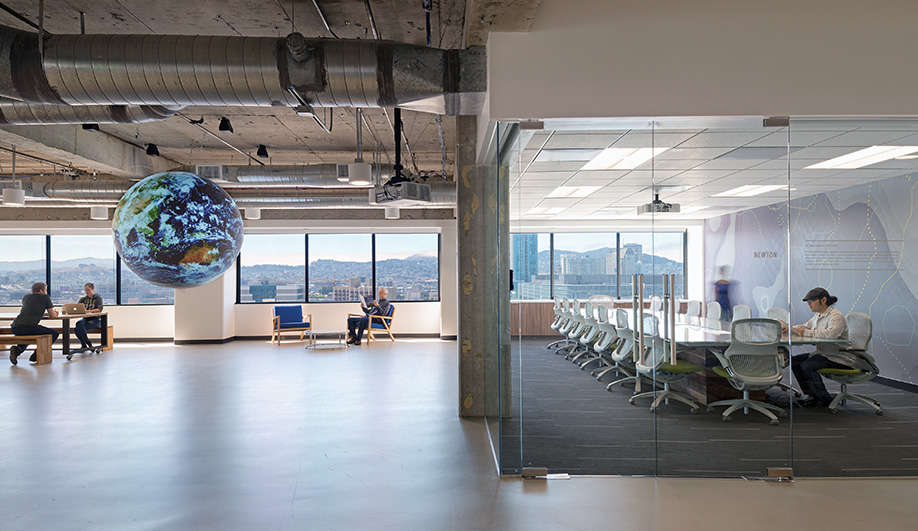 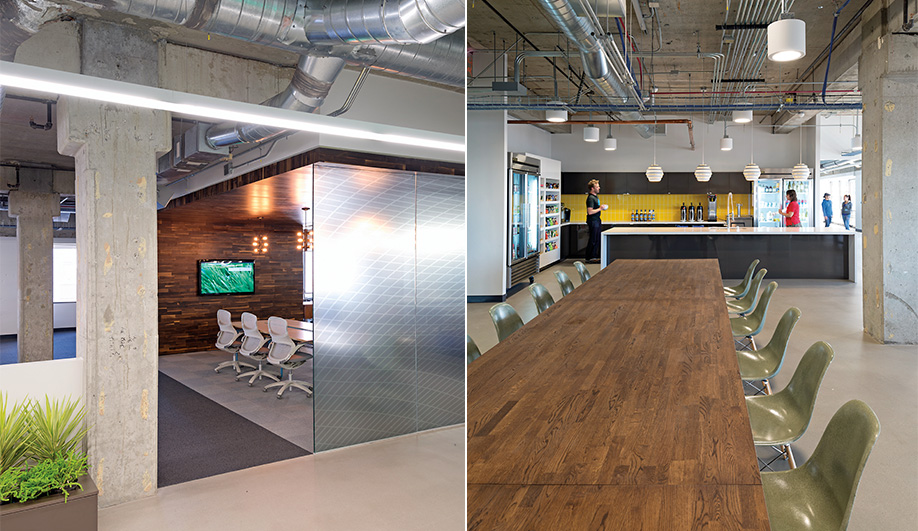 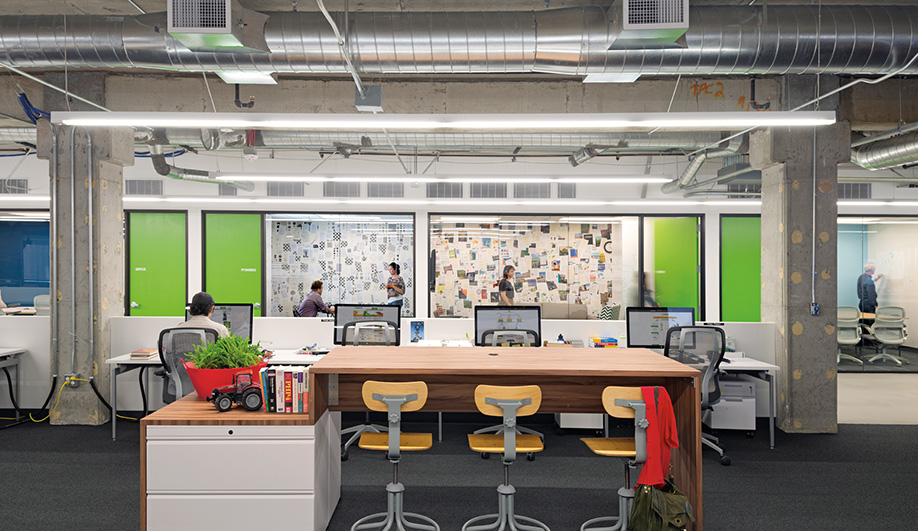 When newly appointed Yahoo CEO Marissa Mayer announced in February that she would ban her employees from working from home, a major debate ensued. For many people, including Yahoo employees, the return to the office seemed counterintuitive – a betrayal of everything the Internet age stands for: flexible hours, 24/7 communication and limitless mobility.

And yet, Mayer explained, working intimately among peers results in greater productivity, along with something far more valuable: the spontaneous interaction that often leads to unexpected (and potentially profitable) breakthroughs. She might also be acknowledging that for Yahoo to regain its competitive edge it needs to start thinking and acting like high-profit Silicon Valley companies and energetic start-ups, where dedicated employees routinely put in long hours, making the office their home.

Design studio O+A of San Francisco understands this reality well. Launched by partners Primo Orpilla and Verda Alexander in the early ’90s, the firm started out designing server rooms and labs, and graduated to crafting offices for some of the most successful Internet start-ups on the planet, including Facebook, PayPal and Evernote. “Office life is no longer show up at nine, take your lunch at 12, and leave at five. It’s so much more than that,” explains Denise Cherry, O+A’s director of design. And while some employers entice staff into clocking long hours with resort-like amen­ities (Google continues to inaugurate over-the-top offices, with tubu­lar slides and weekly massage sessions), the interiors O+A conceives are fun filled without being playgrounds. You don’t have to be twenty­something to feel comfortable working there.

O+A excels at customizing communal spaces and complementing them with well-appointed nooks where you can work on your laptop or chat with colleagues. The overall effect is that of an eclectically curated home, where employees can break up their 15-hour workdays by moderating heads-down desk work with impromptu meetings and moments of meditation, in spaces that are more urban apartment than hacker fever dream.

The office of Evernote, the company that developed the popular document management app, is a prime example of how O+A achieves this balance between collaborative and private work in a way that reflects the brand. After spending hours meeting with execs and observing how its growing staff interacted in the existing office, O+A could decipher what made the company, a start-up at the time, stand out. “We talked about their culture and product. They wanted something clean and bright and simple,” says Cherry. Driven by a tight budget and time frame, O+A opted for a simple plywood palette, inserting a few major gestures: a Herman Miller-furnished lobby where the Evernote logo is conveyed in sprawling chalk calligraphy; a white ash staircase with colourful cushions that doubles as stadium seating for all-hands meetings; a huge communal dining room for nosh-and-chat sessions. All of this reflects the interactive nature of the Evernote team. To balance it out, they devised semi-private workstations. CEO Phil Libin wasn’t keen on his designers, programmers and salespeople facing each other at benching-style desks, so O+A came up with a fixed spine that supports rows of desks, with side tables that enable each worker to sit in multiple directions. The reasoning: to limit distraction when employees are concentrating on individual work, yet encourage flexibility. “Everything – even collaboration – has to be used in moderation,” says Cherry.

For a model of how to mix private and playful zones, O+A conjures the plaza. “If you have a plaza in a city, it’s more effective if it has smaller places you can go so you don’t feel quite so exposed.” In its loftier commissions, up to 27,000 square metres, the firm staggers the ceilings, lowering them to create intimate spaces, and letting them soar to atrium heights where openness is required; they also insert variously sized rooms that relate to the overall space in a dynamic way. Farming insurance company Climate Corp.’s office – which measures 2,230 square metres and features a giant hanging globe in the lobby that reinforces the earth-­conscious brand – exemplifies this variegation. O+A installed glazed meeting rooms, clad in handsome black oak or in topographic wallcoverings; and relaxation zones, such as a sculptural padded bench, complete with plant pots, that runs the length of an extra-wide hallway so engineers can break away from their desks for quiet work or casual meetings and not be interrupted by passersby.

If the plaza helps to organize the layout, the home is where O+A always returns. A workspace is rendered cozy through its furnishings and finishes, and the firm has developed an impressive catalogue that draws from high and low, as well as from bespoke products by local makers to classic furniture suites from the likes of Tom Dixon. This results in offices with aesthetically distinct spaces, just like the rooms in a home. In the 7,400-square-metre headquarters for AOL, another company angling to tap the start-up spirit, they used just one product to create this effect, delineating different areas with Interface Flor carpeting: a muted mosaic of tiles in one room, bold stripes and earthy green hues in the next. “We want to create a space that feels as curated as your home does,” says Cherry. “For the longest time, designing an office interior meant you bought 50 of the same chair and put them in 10 similar rooms. We’re building spaces you would be comfortable in for five hours or 15 hours.” It’s enough to make your average business aim for a start-up feel.