Soft Moves
On an island off the coast of Osaka, Japan, Shuhei Endo builds a ­dramatic theatre-in-the-round for an ancient form of puppetry. 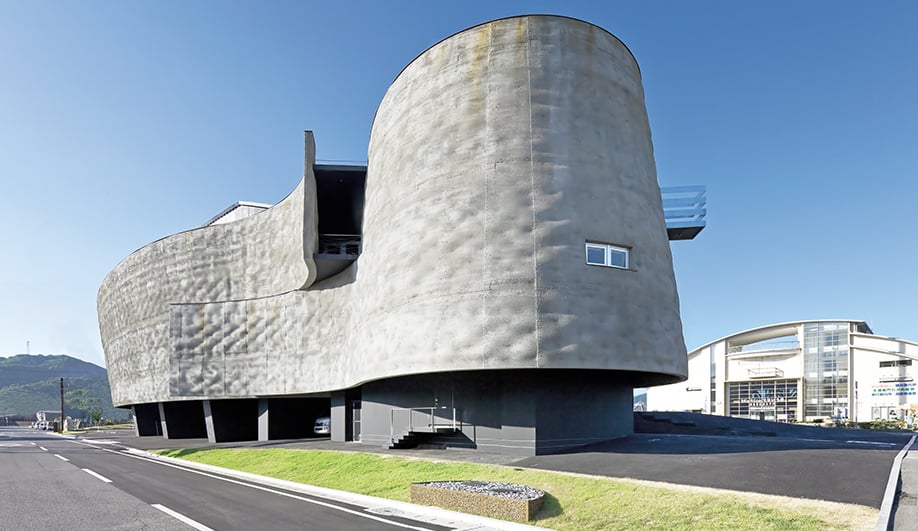 For the theatre’s pillowy exterior, concrete was poured into metal mesh moulds and left to dry, allowing weight and gravity to form soft indentations.rn 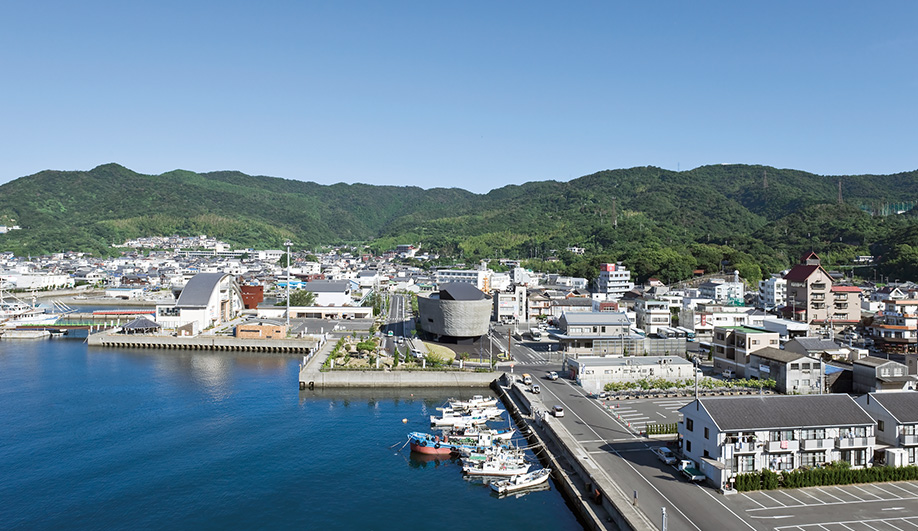 The mainstage follows traditional Japa­nese design, with all of the materials, including the tatami seat pads, sourced locally. 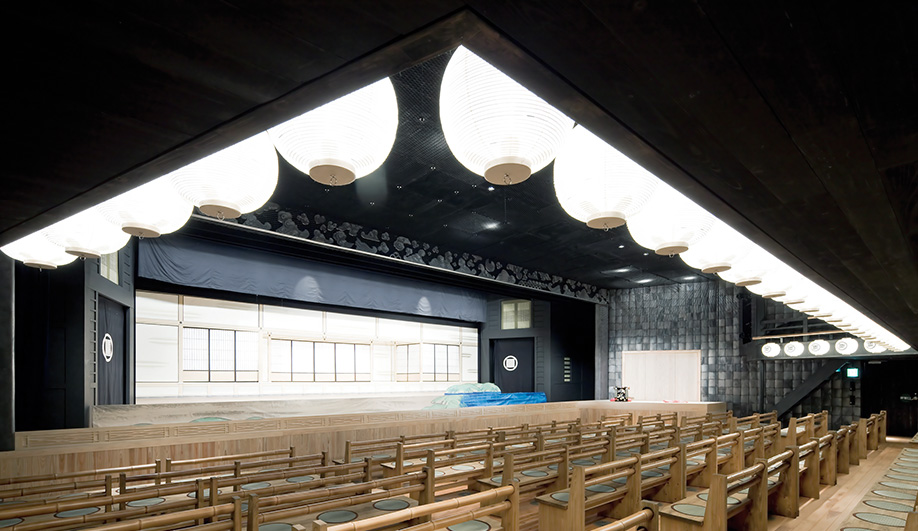 Located off the coast of Osaka, the raised structure is designed to withstand a tsunami, with the roof doubling as higher ground in case of an emergency. 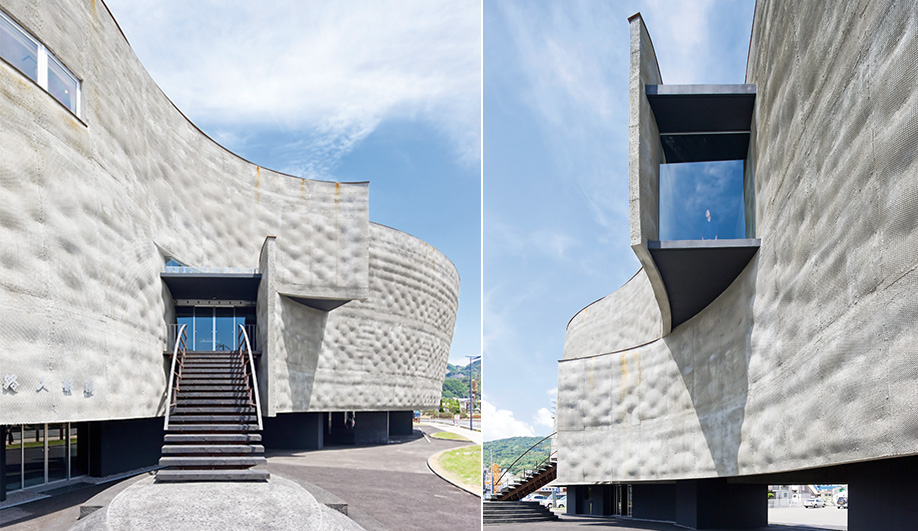 The exterior walls appear to peel back, revealing entryways and window bays.

In Minamiawaji, Japan, a twisted structure wrapped in a swirling ribbon of pillowy concrete strikes a mysterious pose at the edge of the sea. The 1,894-square-metre building, appearing at once friendly and formidable, is a new theatre for Ningyo Joruri, a traditional form of Japanese puppetry native to the region. Designed by Shuhei Endo, the looping form is intended to make the theatre both a sculptural centrepiece for the island city and an unusual example of efficient space planning.

The curling exterior shell divides the space into two oddly shaped ovals, peeling back in spots to reveal doors and windows. “Inside the big ring is the main auditorium,” explains Endo, whose studio, Shuhei Endo Architect Institute, is based in nearby Osaka. “The small oval makes room for additional facilities such as a gift shop, a waiting area and a practice room. The looping walls also guide visitors through the building, from the entrance to the theatre.”

This is why the architect, who names each of his projects after a central concept, christened this one Looptecture A (his other works include iterations of such concepts as Rooftecture, Bubbletecture and Slowtecture). The concrete’s soft, textured finish resulted from pouring the material into moulds made from metal mesh rather than wood. “It becomes a form created by gravity,” he says, “a natural phenomenon. The wavy texture is shaped by the pressure of the concrete in the mould.”

Inside and out, Endo sourced local materials wherever possible. The theatre’s walls are clad in kawara roofing tiles, which are manufactured in the area; and for the seating he designed a pared-down, contemporary take on traditional Japanese benches made from cypress wood and bamboo. Tatami cushions add a touch of comfort while offering a nod to traditional Japanese theatres, where the audience sits on tatami floor mats. In the main hallway, black-painted wood adds a natural element, counter­balancing the textured concrete.

Because of its proximity to the harbour, the whole structure is raised on rectangular pilotis, and is designed to withstand a tsunami. In an emergency, the roof doubles as safe higher ground. Even though it presents a contemporary expression, the muscular structure was clearly built to withstand the rigours of time – good news for fans of Ningyo Joruri, an art form that has already survived some four centuries of change.