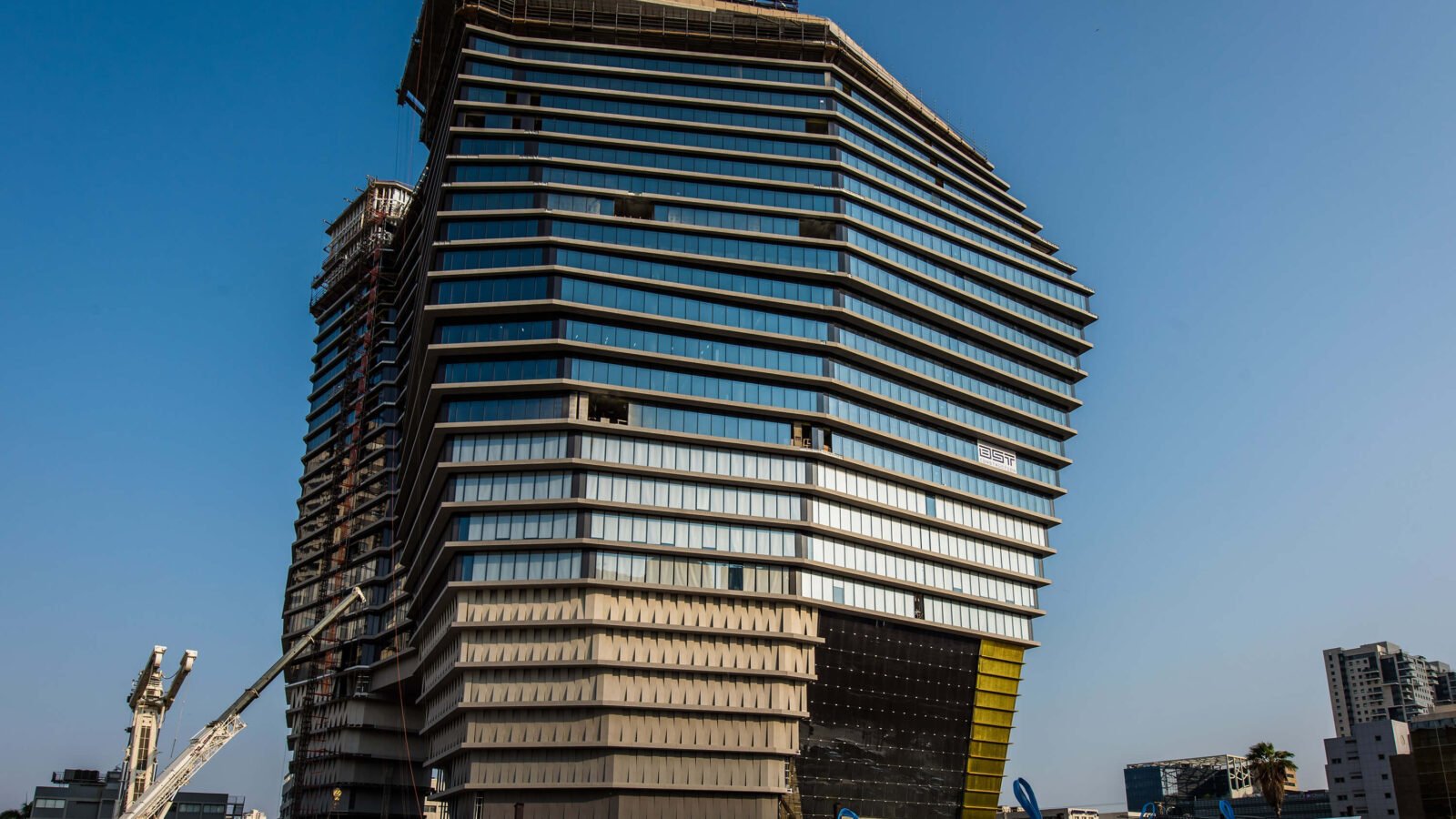 Startups love to preach the power of disruptive thinking. Clearly, that’s a mindset that Ron Arad Architects adopted with great success while designing ToHA, a 28-storey Tel Aviv office complex – currently slated for completion in June – for a pair of developers looking to attract the city’s emerging tech firms.

Eager to introduce as much park space as possible to the 1.8-hectare downtown site, the architecture firm conceived a glazed iceberg-like form elevated on three opaque seven-storey legs. A landscaped pedestrian passageway flows between two of these supports, while glass cable walls and a ridged brass partition enclose the other gap to form the building’s grand lobby.

In a second unorthodox twist, the bulk of the building’s mechanical facilities are clustered within its three base structures to free up the roof for a restaurant. “It’s hard to accept mechanical on the ground,” admits Asa Bruno, director at Ron Arad Architects, “unless it’s clad in something special.” In Dekton manufacturer Cosentino, the firm found a fellow trailblazer. “They’re a company with a young mentality – confident in what their product can do, and very willing collaborators,” says Bruno. More commonly used for countertop surfacing, the composite material has high strength, a compact profile and UV resilience, making it an ideal exterior finish, too. Becoming gradually lighter as they progress up the building’s mechanical-filled legs, tilted Dekton panels provide the apertures necessary for airflow while also creating an attractive chevron-like pattern.

Dekton makes a second appearance on the building’s exterior shelves, which extend past its curtain wall to function like a baseball cap’s brim, providing shade to the offices below. Again leveraging the material’s custom-tinting capabilities, the top of each ledge is a darker shade than its sides and base to prevent glare from reflecting inside. 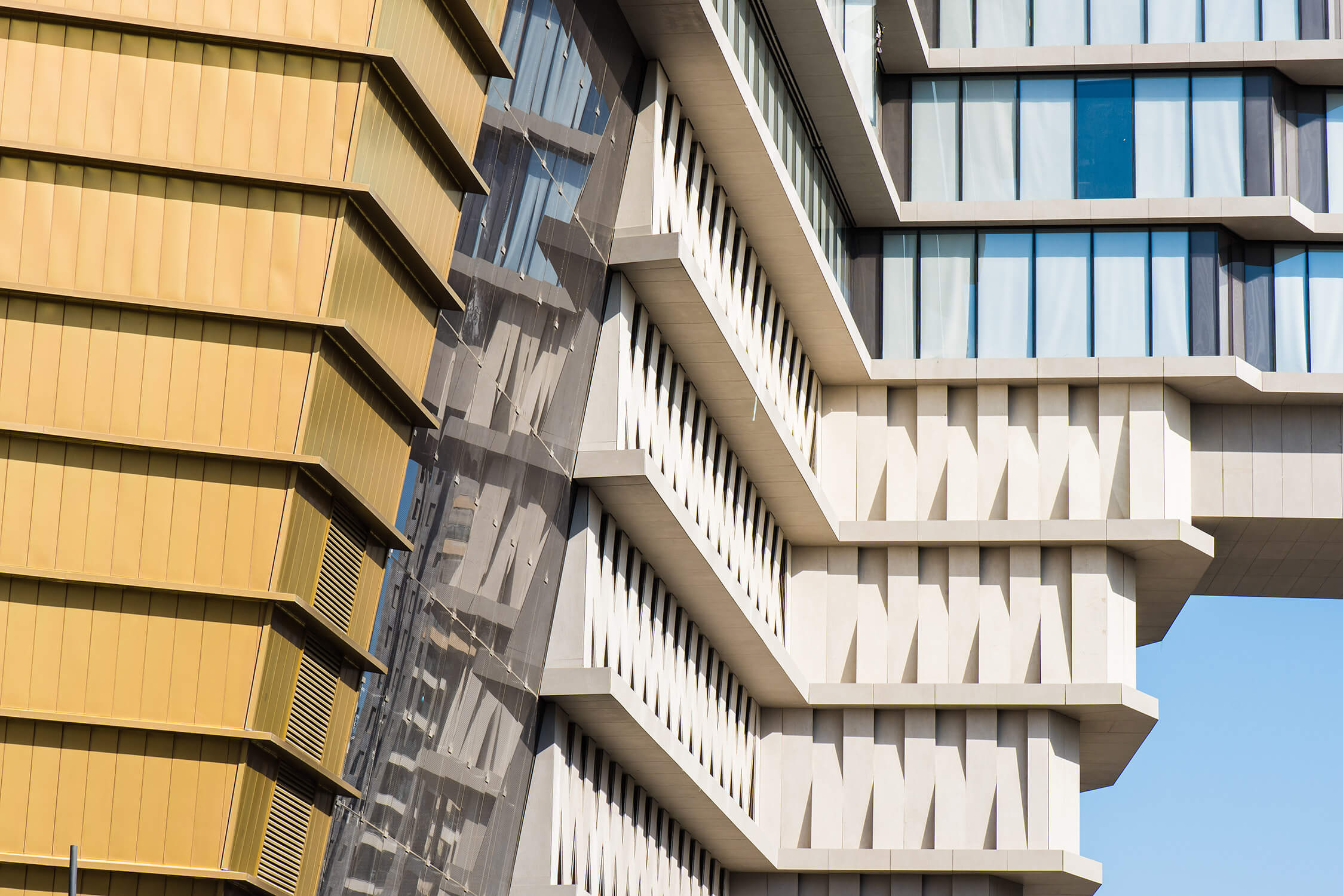 The building’s angular twists and turns serve as another form of solar management, orienting offices to balance views with comfortable sun exposure. “It’s as if we let the elements erode the volume into its most efficient form,” Bruno says. The building’s double-skin facade system – two panes of glass separated by a 16-centimetre cavity – incorporates automated blinds. When the blinds are up, the cage of wide, slanted columns inside the building becomes another striking structural component turned sculptural element.

In the end, the designers’ wild ideas proved a hit, with WeWork and an assortment of crypto-security and artificial intelligence firms already leasing space.  ronarad.co.uk