In Strasbourg, a School That Stacks Up
French firm Atelier Zündel Cristea employs its trademark minimalism to deliver an educational institute that’s far from simple. 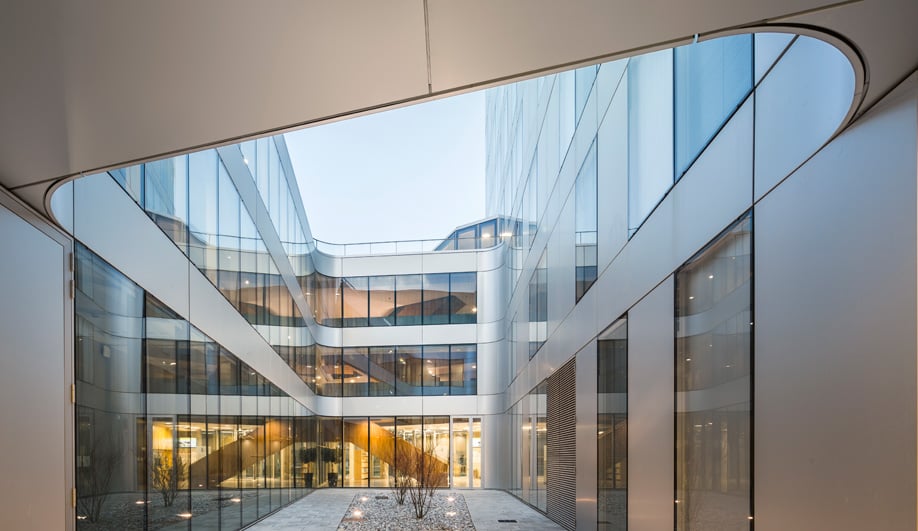 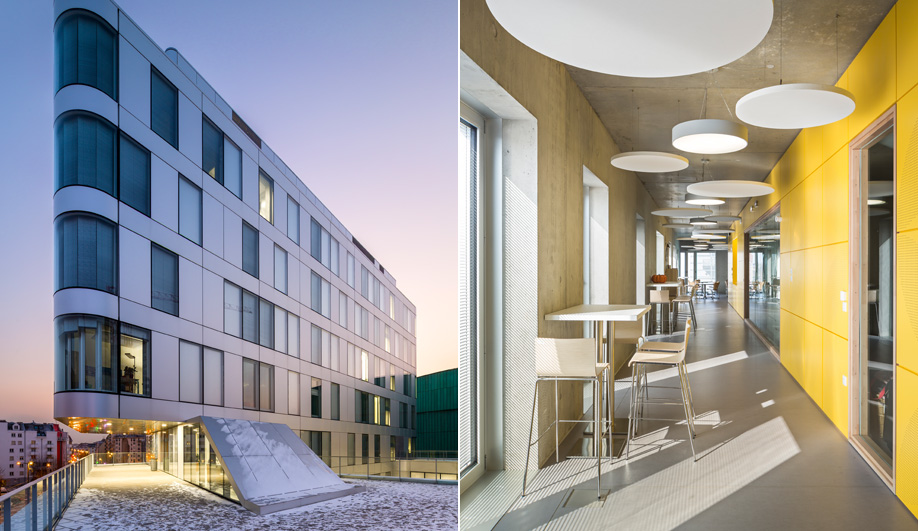 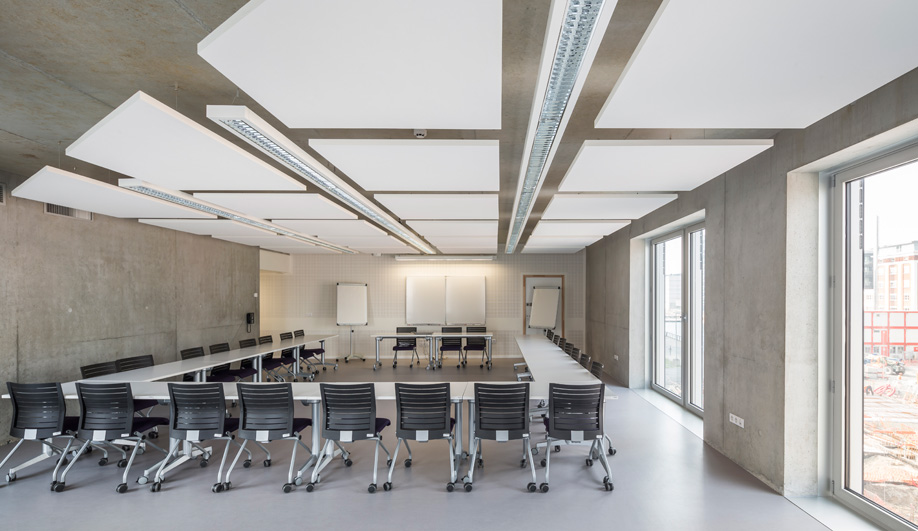 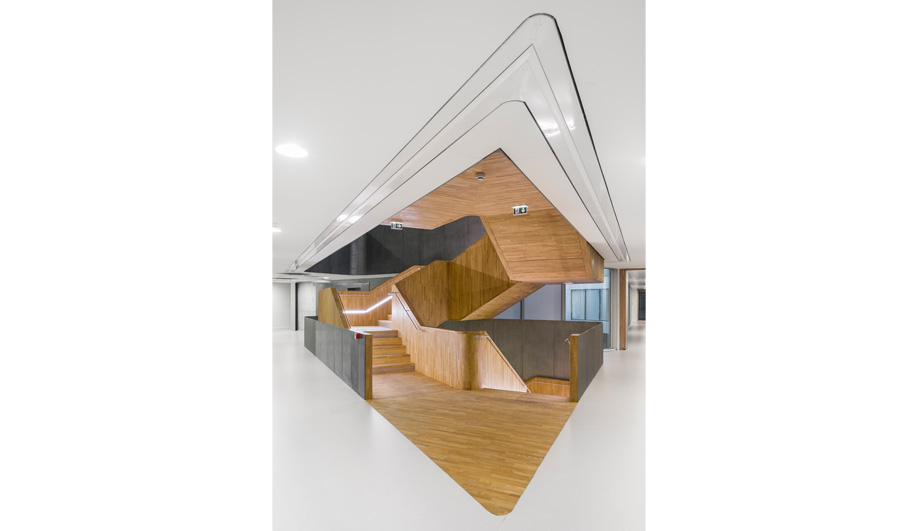 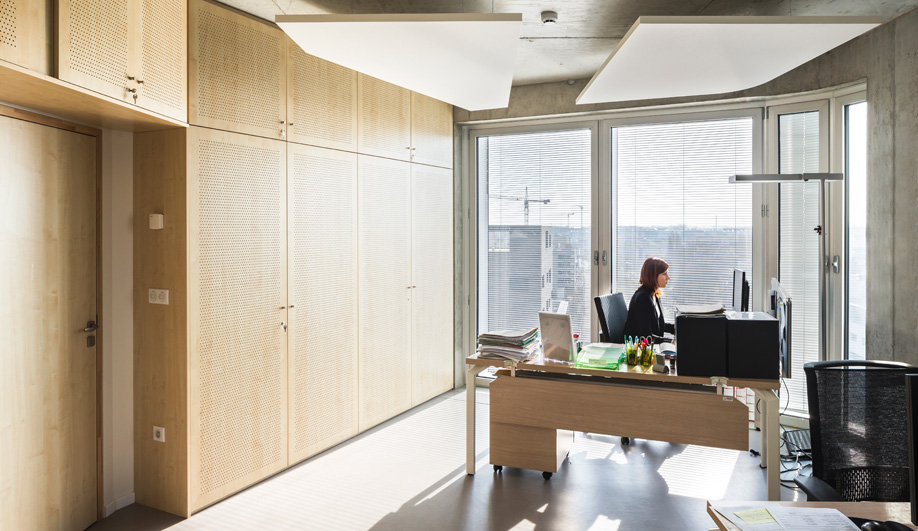 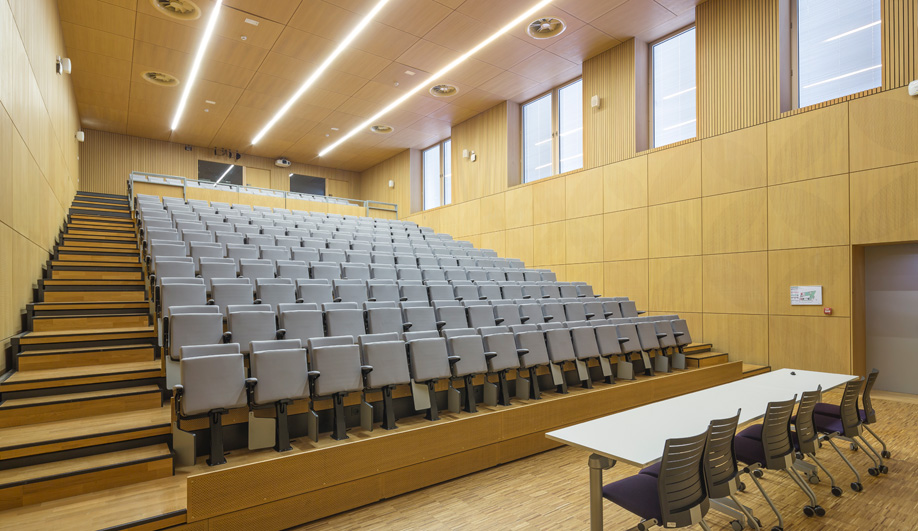 When Atelier Zündel Cristea (AZC) and Michel Spitz Architectes (MSA) won the competition to design a new building for the National Institute of Territorial Studies (INET), a school for administration and management studies in Strasbourg, France, the brief they received was light on details. They were given specifications of budget, square footage and function, but that’s about all the Paris firm had to go on.

“[The brief] was very loose about the overall atmosphere they wanted to achieve, type of materials,” AZC tells Azure. “They were really expecting ideas from the team architects on how to make this program work.”

AZC and MSA turned to the site for inspiration. A corner plot, it receives pedestrians on all sides. The surrounding buildings are, for the most part, quite tall and comprised of concrete and brick. To make the most of the location and to create a pleasing contrast with the neighbouring structures, the firm created two volumes, both with curvy facades of natural anodized aluminium panels and glass. The volumes are stacked on the perpendicular and are unified by the shared fourth floor. The angle creates unique perspectives; from the back of the site, the volumes appear flush, but from the front, the top volume cantilevers slightly over the bottom.

The use of two volumes was also intended to help better organize the programming, which needed to accommodate both teaching spaces and administrative offices. Classrooms and a theatre-style lecture hall occupy the three storeys of the first volume while floors five through eight of the second volume are dedicated to private office spaces. The shared fourth floor has a cafeteria and access to a terrace.

In most of AZC’s projects, materials and colours are few. INET is no exception. Inside, the facility is characterized by concrete and natural wood, with secondary materials such as grey linoleum flooring and white acoustic panels. The aesthetic is stark, save for a canary-yellow reception desk on the ground floor and a striking central staircase that extends to the fourth level, uniting the two volumes.

AZC and MSA wanted the staircase to be perceived as a “a self-standing object, different from the floor levels it touches.” Comprised of steel and concrete, and clad with thick natural wood, the stairwell is open and winds up and around at sharp angles, offering dramatic perspectives when looking up or down. LED strips are embedded below the metallic handrail.

“By giving [it] special attention and treatment, we wanted to encourage people to use the staircase versus the elevator,” AZC says. “The open wooden stair provides a better link between the levels and a friendly space that plays for interaction.”