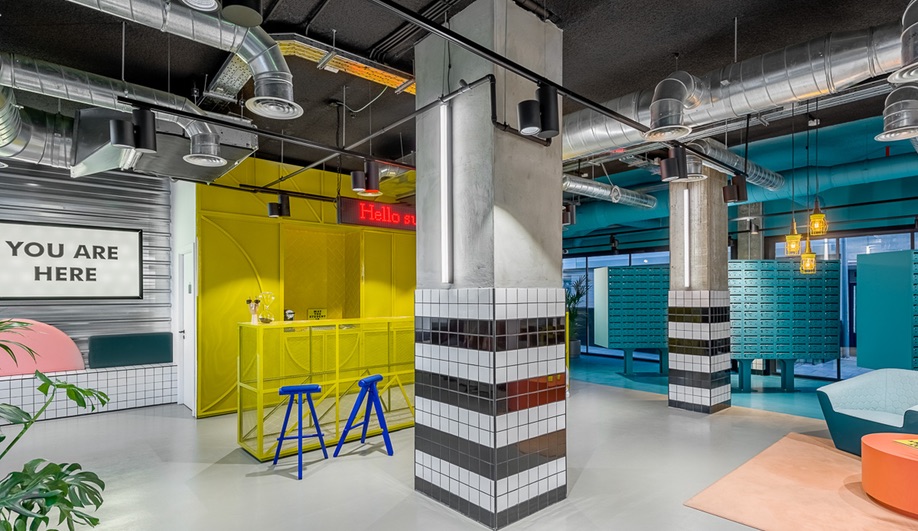 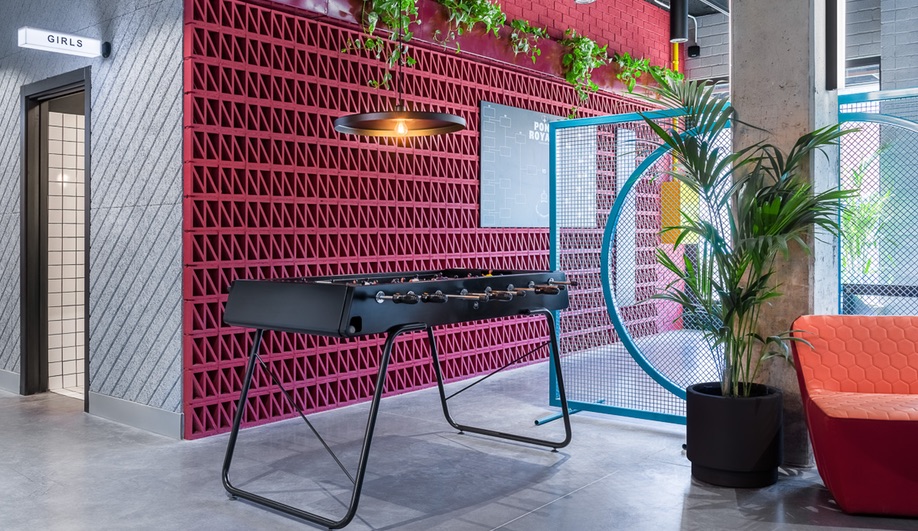 Dutch hotel group The Student Hotel has established a unique business over the past dozen years. Launching in 2006 with a goal to develop better accommodations for students, they created a hostel/hotel/co-working space hybrid, that incorporates not only fully-equipped rooms and studios, but chill-out lounges, shared and private kitchens, meeting rooms, ping-pong tables, gyms, auditoriums and restaurants. The company now has a dozen European locations, in Italy, France, Germany and across the Netherlands, and has just expanded into Spain, with two new properties in Barcelona. 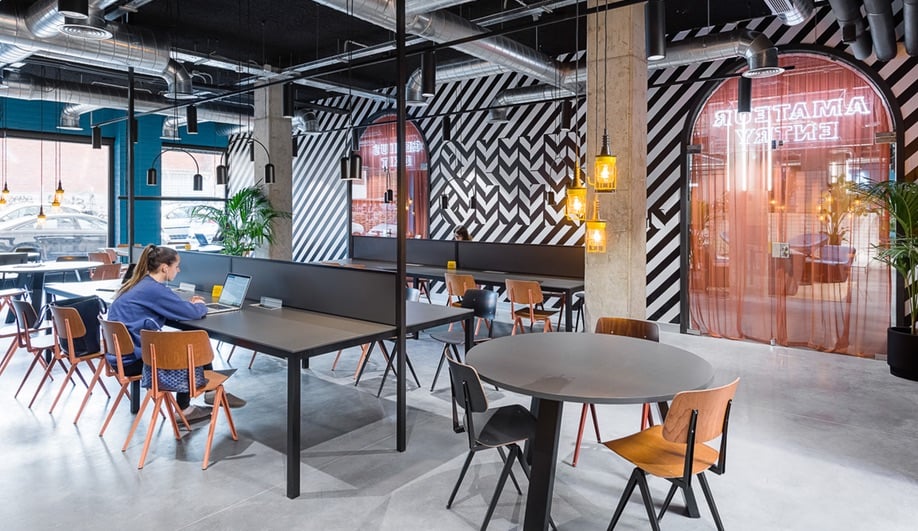 The two new locations are both designed by Spanish firm Masquespacio, and offer a slightly different format. The Student Hotel Campus outposts function as student residences, rather than as youth-inspired hotel accommodations for the general public. 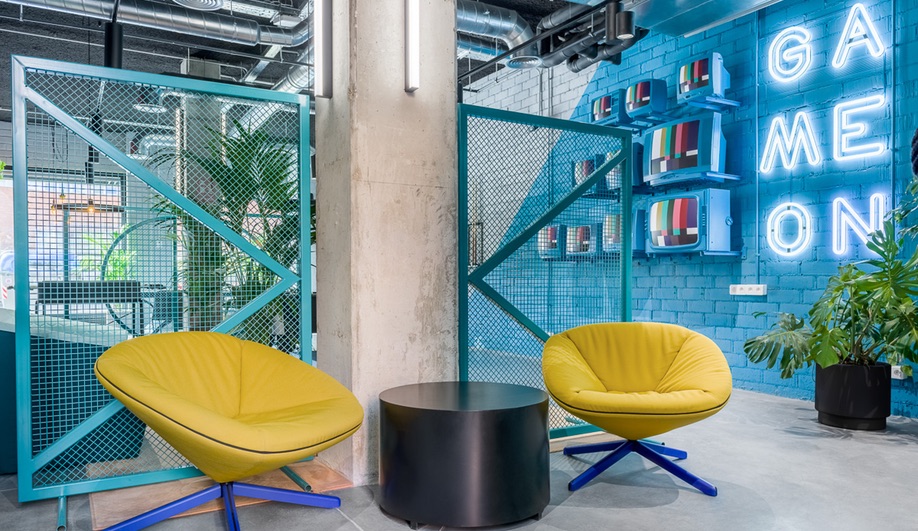 The Marina Campus includes over 500 rooms and encompasses 21,000 square metres, spread over a four-tower complex. The rooms themselves are simple affairs, using standard company designs, with a colour palette and finishes borrowed from Masquespacio’s dynamic public spaces that are sure to be a big draw. 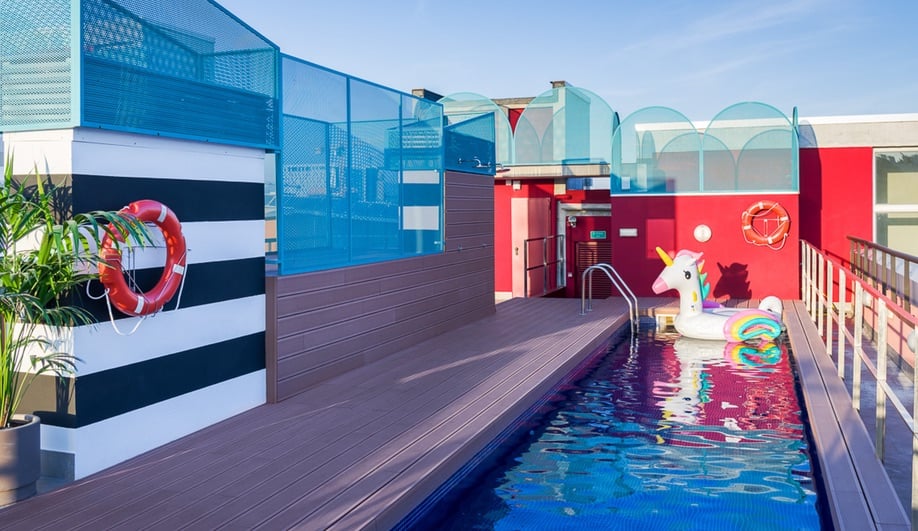 Areas for quiet study, gaming zones, seating areas for groups large and small, and a rooftop pool come together to encourage community as well as educational development. There are the standard Student Hotel co-working spaces, but not far away, you’ll find foosball tables and ping pong. Masquespacio’s signature Mediterranean-with-a-modern-twist aesthetic adds to the fun, realized with a rich palette of eye-popping colour, varied texture and bold geometric forms: a bit of Memphis flair combined with industrial elements and local material. 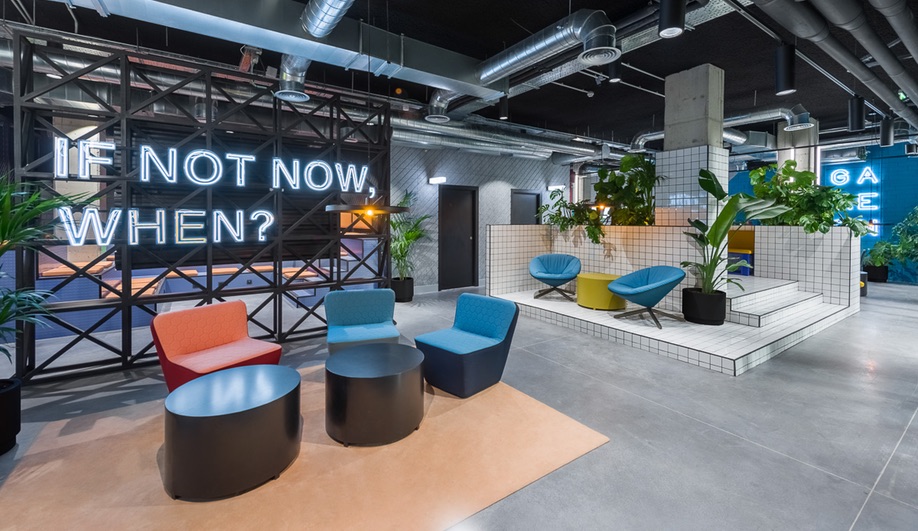 Comfortable furnishings from Sancal add to the local flavour, while pieces from Galvanitas, the Dutch maker of traditional artisan school furniture, reinforce the Student Hotel brand. Lighting from Toss B and Onok mixes with exposed ductwork on the ceiling and neon signage further brightens things up. There aren’t likely to be any students longing for home in this lively and welcoming environment. 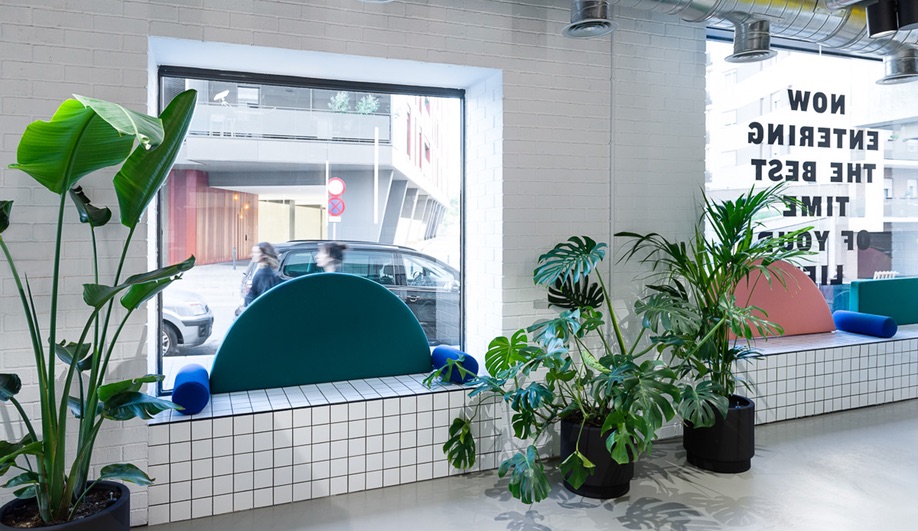 Did you know Masquespacio has delved into product design as well as interiors? Be sure to check out the firm’s new Wink Light, made by Spanish brand Houtique, in Azure’s May issue, on newsstands now.
SHARE
Twitter, Facebook, LinkedIn, Pinterest, Email
TAGS
Hospitality, Residential,
We rely on advertising revenue to support the creative content on our site. Please consider whitelisting our site in your settings, or pausing your adblocker while stopping by.