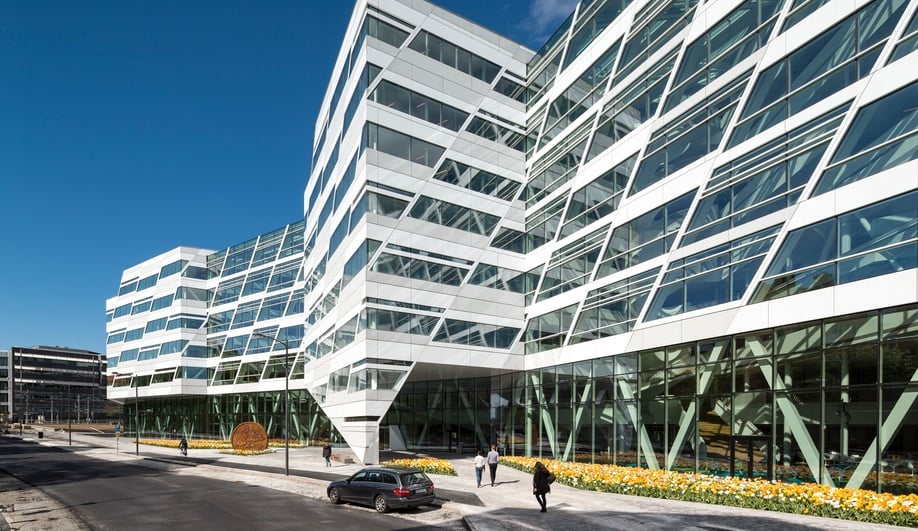 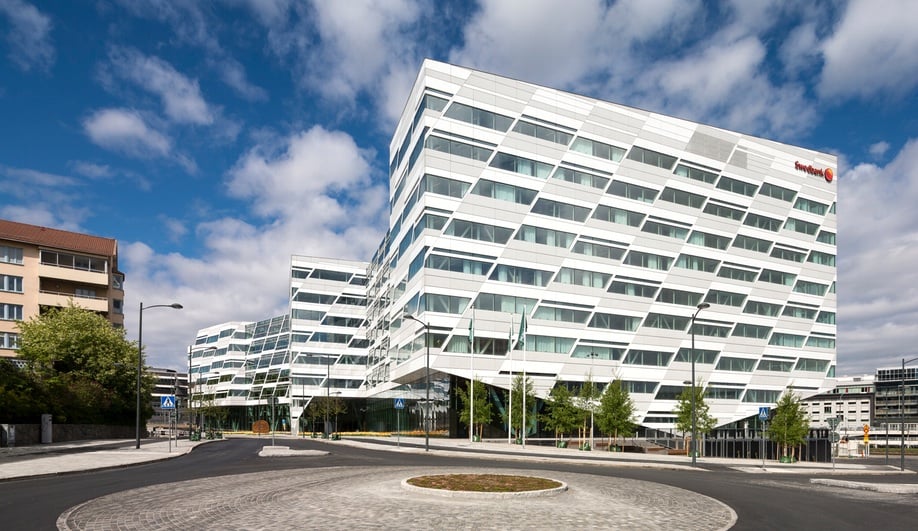 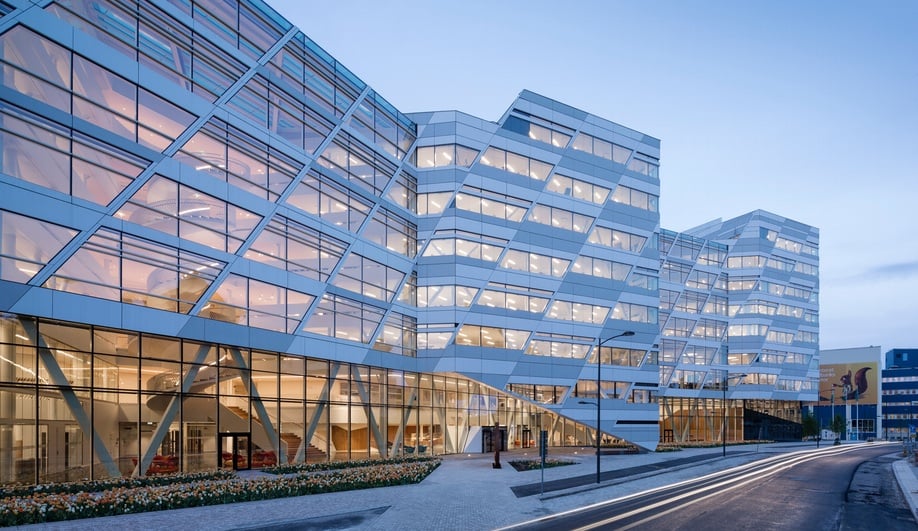 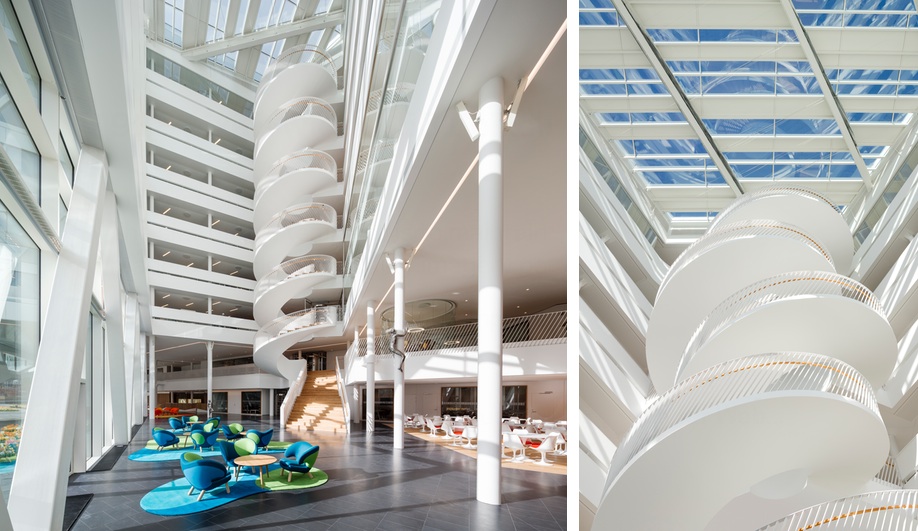 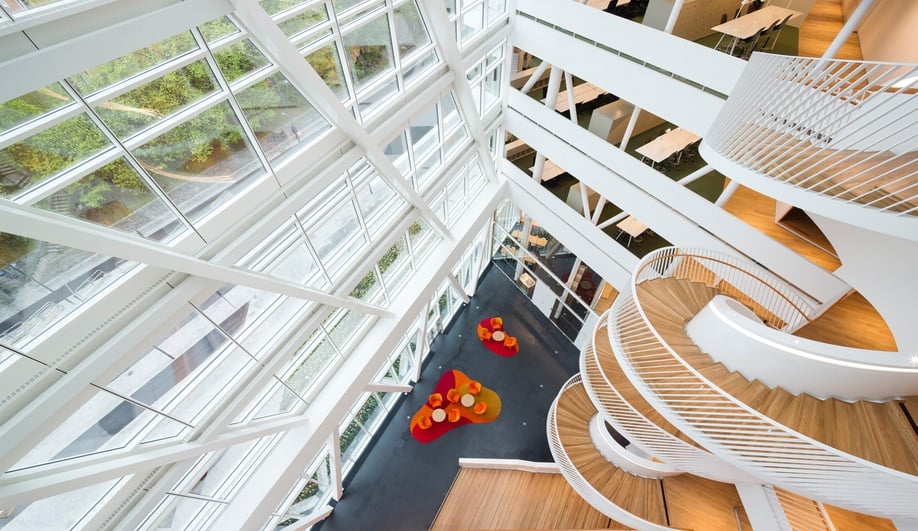 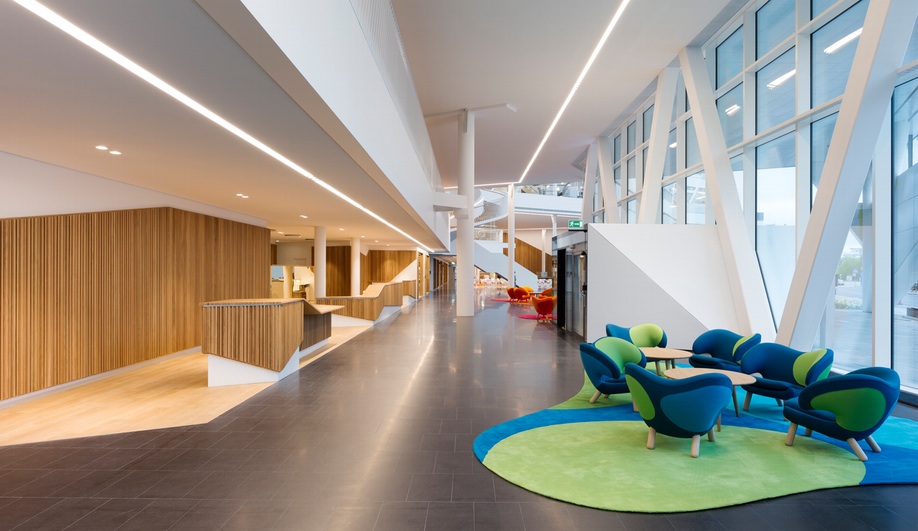 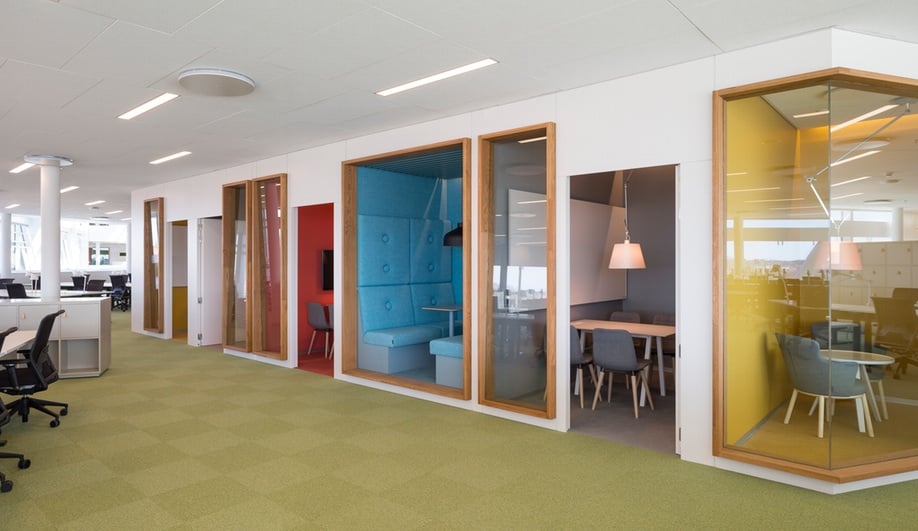 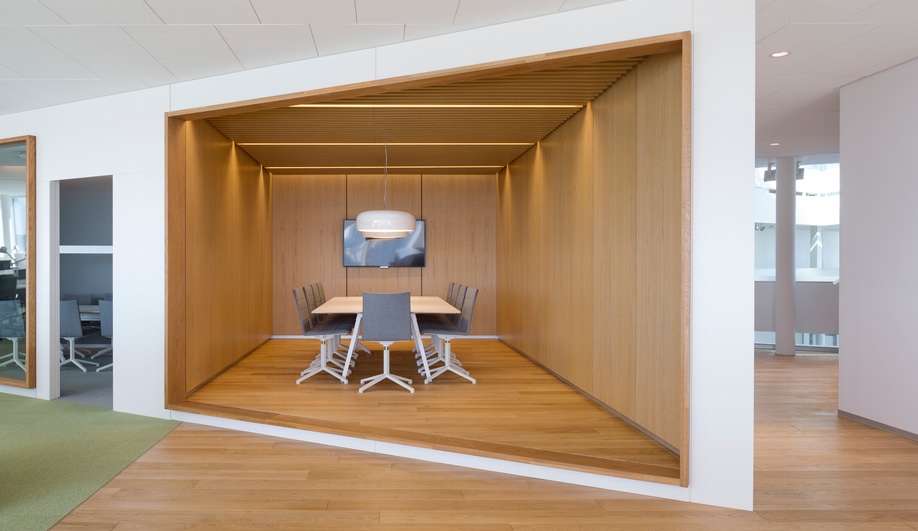 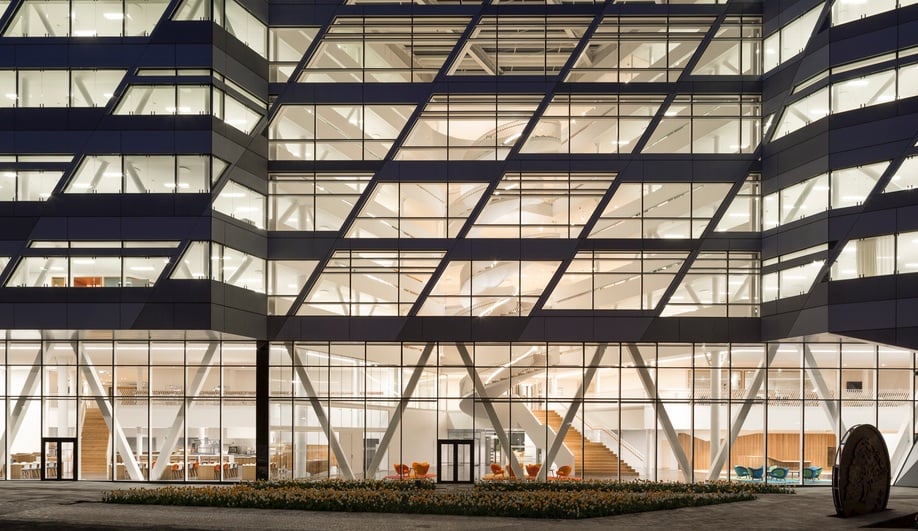 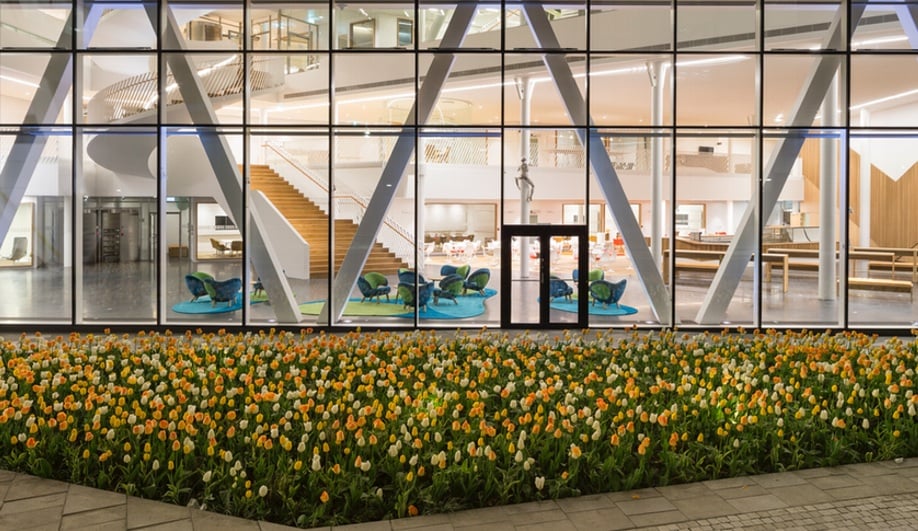 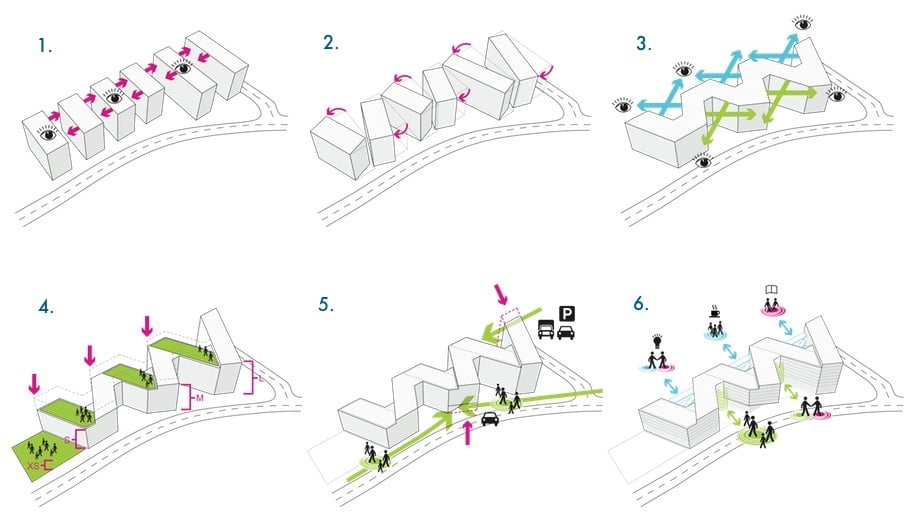 Architecture firm 3XN and tenant Swedbank hope to bring a whole new perception of transparency to the banking industry with the group’s new 45,000-square-metre headquarters in Gothenburg.

To translate Swedbank’s stated core values – openness, simplicity and care – into a physical structure, 3XN modified the typical program of boxy office towers in a row by rotating them slightly to form a zigzagging line. The resulting atria, formed where the segments meet, allow workers to see greater distances inside the building, creating a deeper connection between different departments even while suggesting a sense of vastness. The zigzag format also places different areas of the building much closer together than they would be in a strictly linear structure, but with much more glazing and a more compact – and more efficient – footprint.

The zigzag plan’s dynamism is felt on the exterior of the building as well; breaks in the aluminum and glass facade create enclosures for outside gatherings, and where the seven storeys of offices project beyond the two-storey plinth below, the overhang offers additional shelter outside the building’s entryways. Still more outdoor recreational spaces – offering exceptional views – are found on the headquarters’ three rooftop terraces.

Occupying the bottom two storeys, a restaurant, conference facilities and reception area take full advantage of the ceiling-height glazing, which is supported by diagonal cross-beams that form the visual motif running throughout the building. Two sculptural spiral staircases greet visitors as they enter the building’s black-stone-tiled atria, allowing guests to interact with the space, make visual connections and take in changing views while enjoying a little exercise.

The open atria also allow for clear sightlines across the floors of offices above. To maximize on their unusual zigzag layout, these floors are further varied with unique plans and distinct aesthetics. Designed by Swedish firm Tengbom, work zones are broken into traditional enclosed offices, modern open office spaces with flexible desking for visiting colleagues, and informal breakout zones for impromptu meetings, with distinct yet understated finishes and furnishings set off by hardwood floors.

As you’d expect from 3XN, the building conceals a host of sustainable features, and was awarded a Gold certification by Sweden’s Miljöbyggnad, analogous to the USGBC’s LEED program.

SHARE
Twitter, Facebook, LinkedIn, Pinterest, Email
TAGS
Commercial,
AZURE is an independent magazine working to bring you the best in design, architecture and interiors. We rely on advertising revenue to support the creative content on our site. Please consider whitelisting our site in your settings, or pausing your adblocker while stopping by.