Sweden’s Icehotel Is Still the Ultimate Wintry Getaway
Why head south during winter, when you can go north? The annual Icehotel in Sweden - which celebrates its 25th year - offers the most adventurous Arctic vacation. 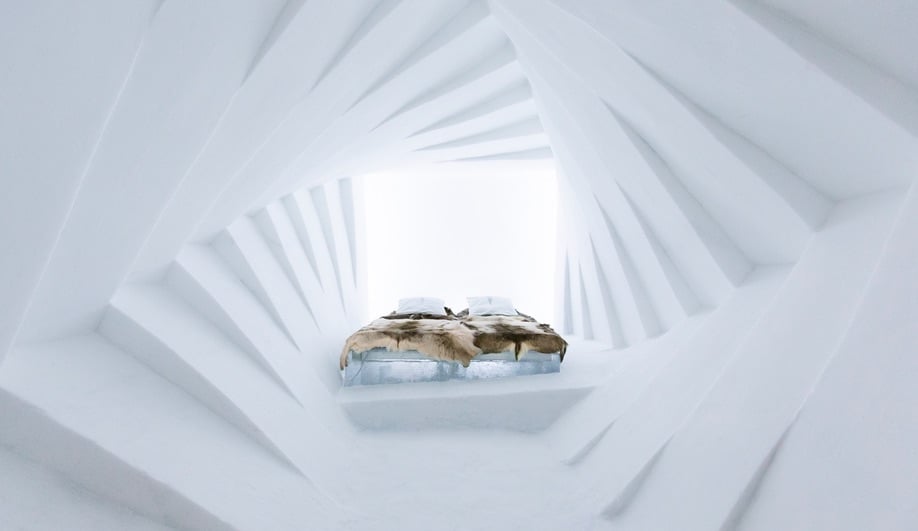 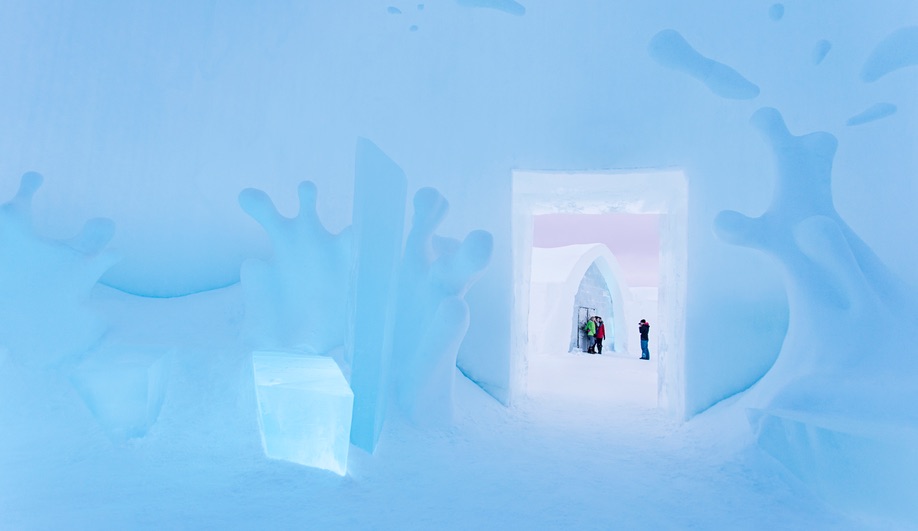 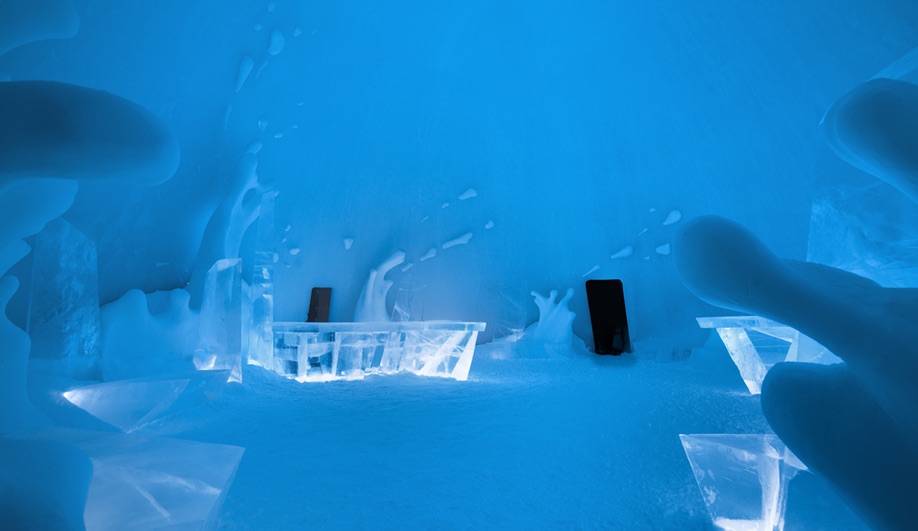 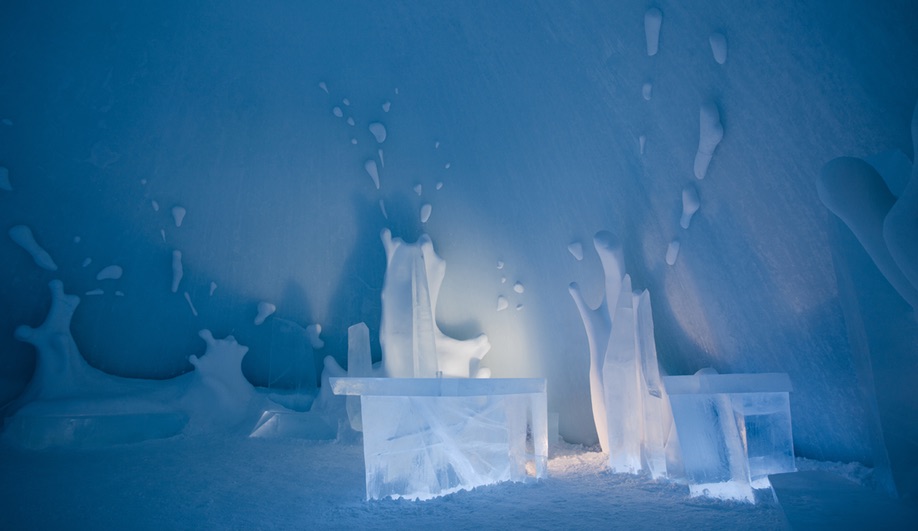 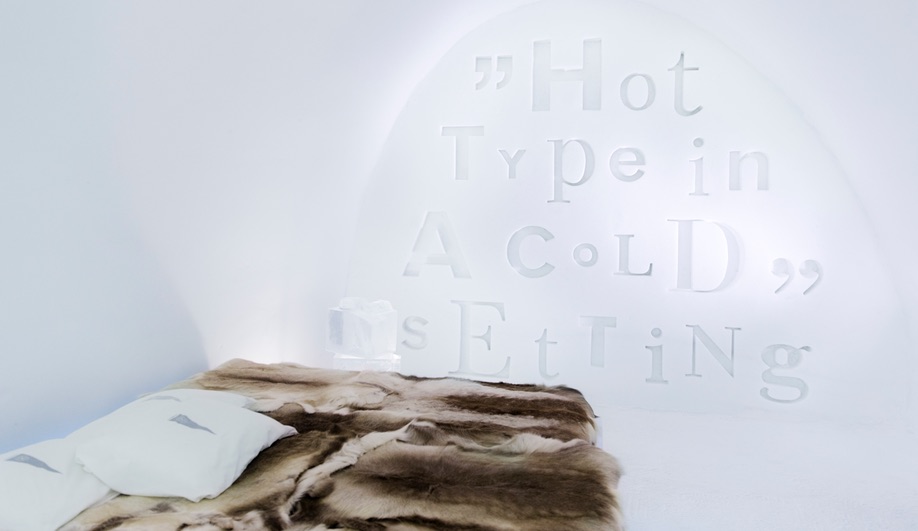 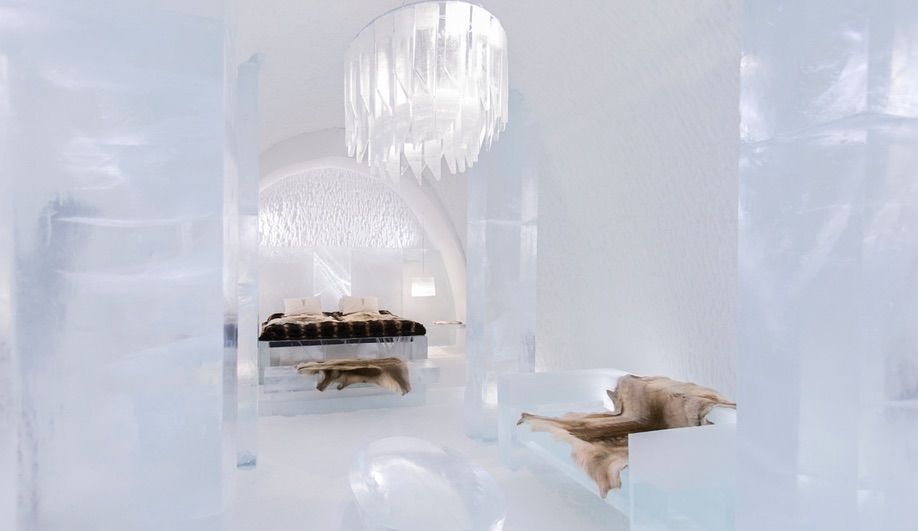 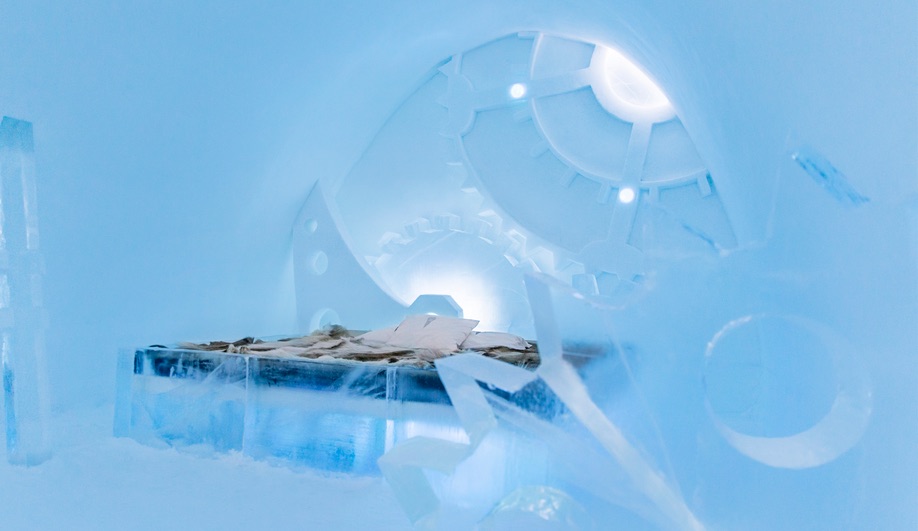 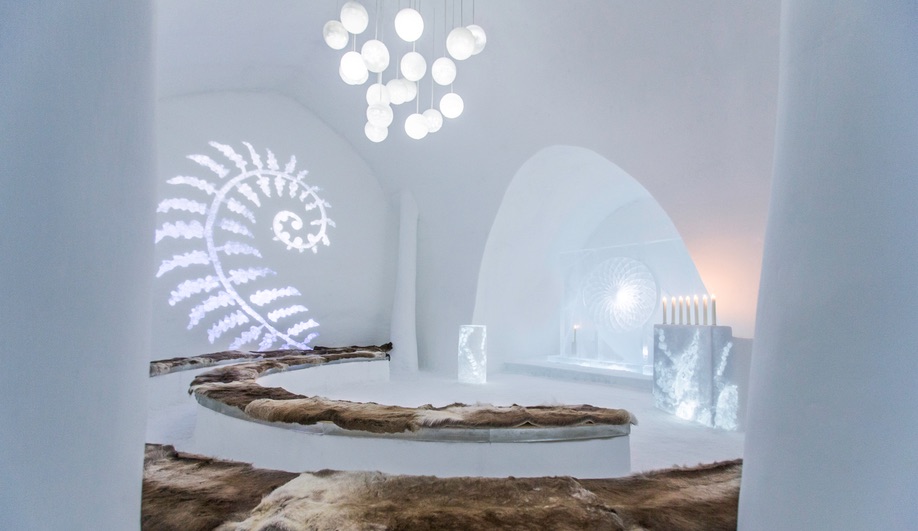 In the Glade, the Ice Church, by David Andrén, Johan Andrén and Tjåsa Gusfors, Sweden. 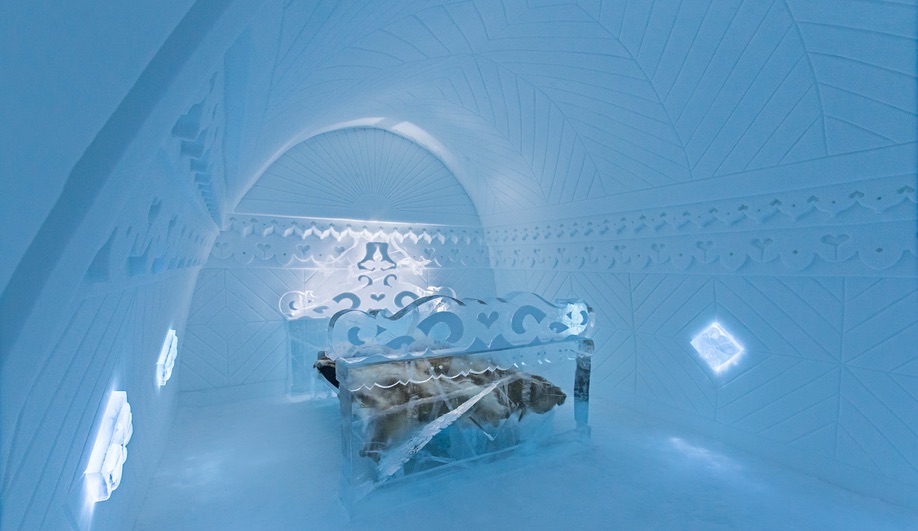 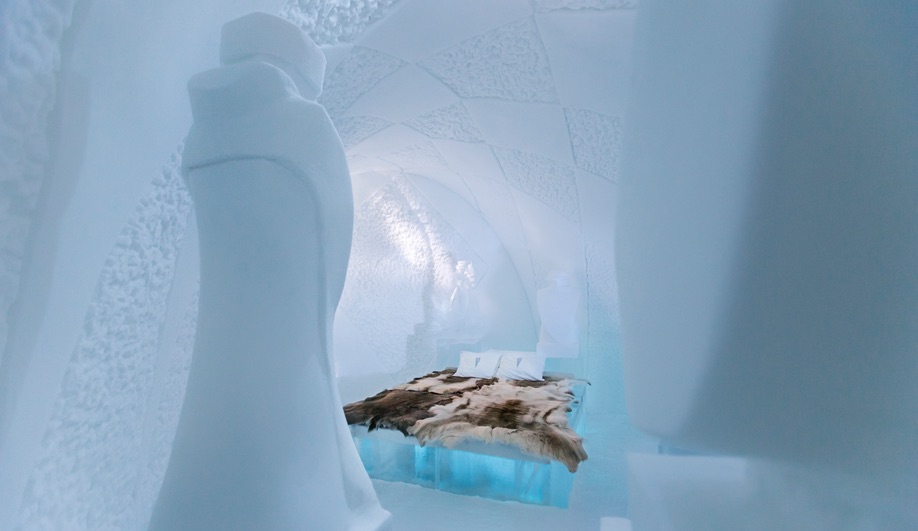 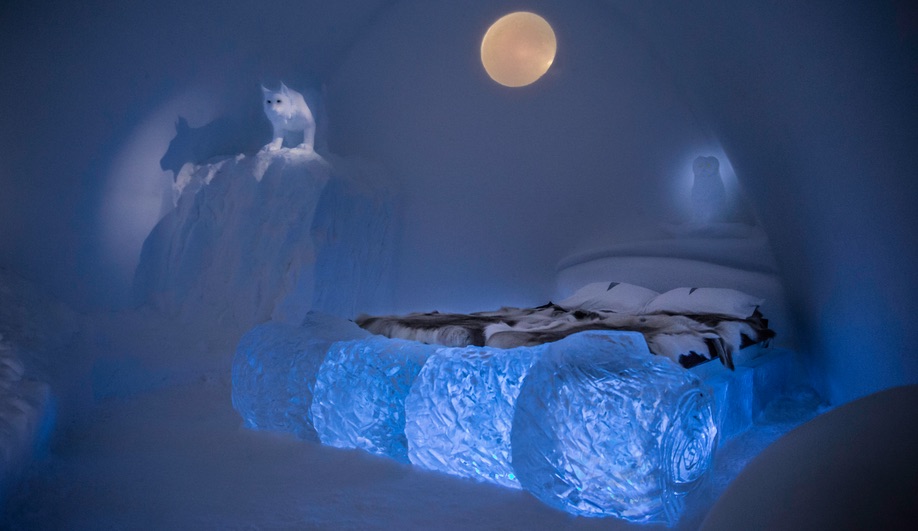 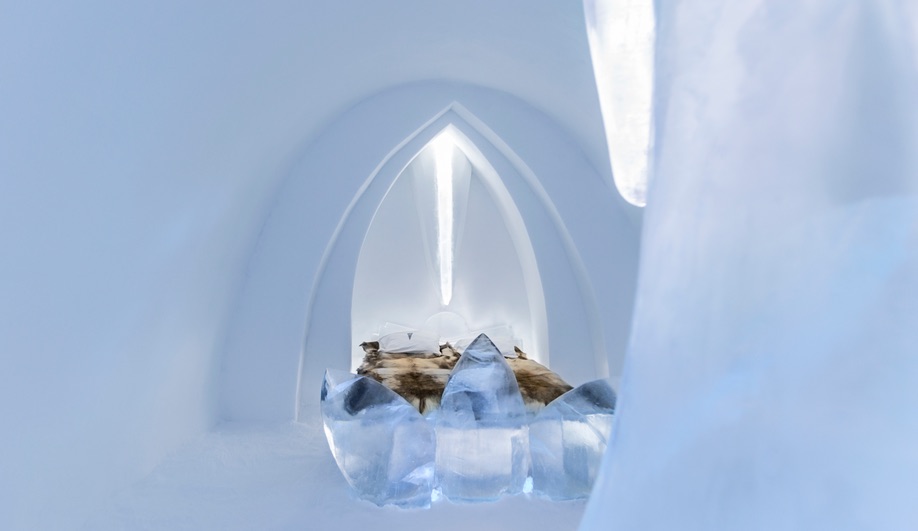 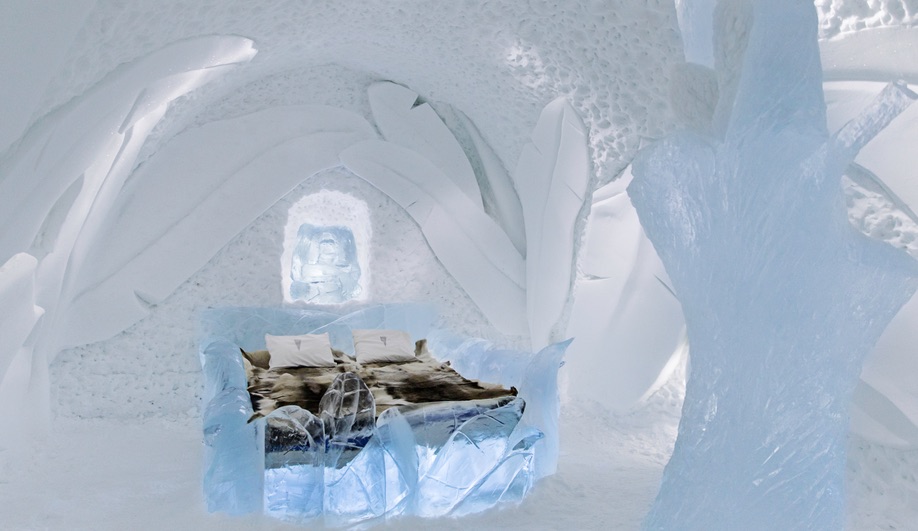 Last December, the opening of a brand new Icehotel marked 25 years of attracting winter-loving tourists to the Swedish village of Jukkasjärv. Artists from all over the country, as well as Germany, Chile, Japan, Argentina and other nations, constructed the hotel – a 5,500-square-metre glacial palace, incorporating 61 sub-zero rooms, as well as warm accommodations – in just eight weeks.

This seasonal influx of creatives is now as much of a yearly tradition as the Icehotel itself: Jukkasjärv normally has a population of 548, but ever since 1989, when founder Yngve Bergqvist first had the idea of attracting tourists to the remote area 200 kilometres north the Arctic Circle, artists have lined up in droves to participate in the hotel’s annual redesign. The first year, a group of Japanese ice sculptors visited to create a few works; the next year, a larger group built an igloo; and over time the project evolved into a veritable ice castle, attracting 50,000 visitors annually.

This year’s spectacular structure is formed of snow and chunks of crystal clear ice harvested from the adjacent Torne River; the blocks weigh up to two tonnes and must be crane-lifted from the river. Over 1,000 tonnes of building material is pulled from the water each year, which may seem significant, but it’s just a drop in the bucket: four times that much ice rushes by the site every ten seconds.

Swedish and Dutch artists collaborated on Booom, the hotel bar, the establishment’s most popular element. Envisioned as an ice explosion, the domed structure offers a slippery dance floor and drinks served not on ice, but in it, with glassware made entirely from the same frozen water as the walls, furniture and the bar itself.

Not for the faint of heart, the cold rooms are booked by only about 70 per cent of the tourist crowd. With the thermostat set at -5 degrees Celcius, guests bed down in Arctic sleeping bags and are awakened in the morning by staff bearing hot lingonberry juice. This year’s lodgings include options in snow or ice, a room featuring a light installation inspired by the Aurora Borealis and several artist suites.

In the suite entitled “Time Piece,” a Swedish group carved a floor-to-ceiling clock and enormous cogs and wheels into the walls, while a high porthole window creates a sun dial lighting effect. “Borderland” is inspired by the traditional folk art of Poland; and an all-white game set dominates “Chess,” created by an Argentinian trio. But it was a group from Germany that created this year’s showstopper. Simple and straightforward, “7.5 °Rø” brings new meaning to the phrase “polar vortex.” Inspired by a Danish astronomer’s temperature scale, on which the freezing point of water is 7.5 °Rø, the room is divided into 12 frames. Each one leans 7.5 degrees towards the focal point of the window, making the room appear to spiral into itself.

A memorable site for destination weddings, the hotel also features the Ice Church. This year’s chapel – called “In The Glade” – celebrates the natural environment that gives the hotel its raison d’être. A thick forest of snowy trees opens to a light-filled clearing, where sun streams in through unfurling ferns and a sunflower cut-out behind the alter, bringing unexpected warmth.