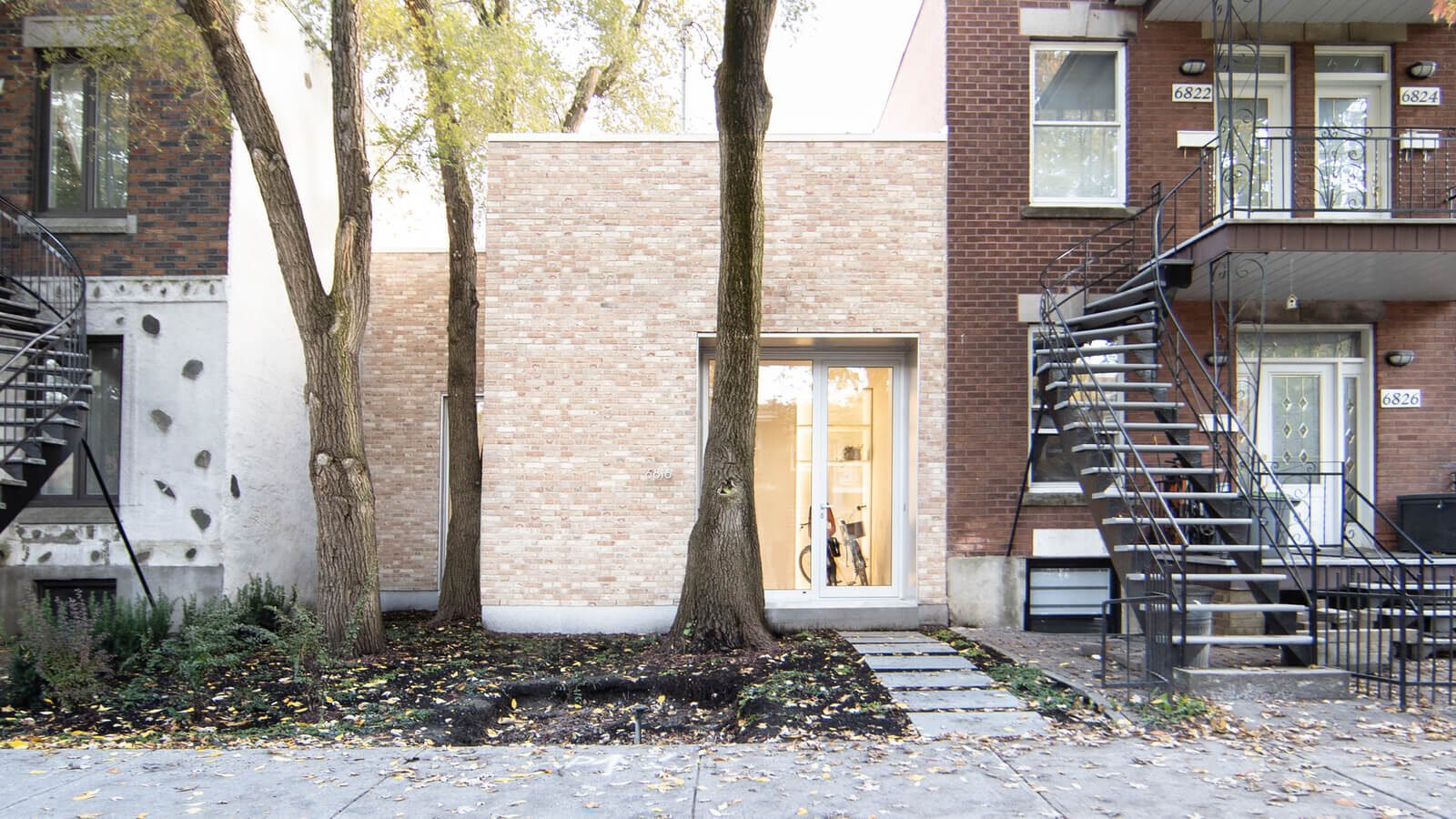 T B A Revives Montreal’s “Shoebox” Housing with Graceful Curves

A modest addition to a centenary residence brings clarity and much-needed space to a growing family.

While Montreal may be known for its grey stone neighbourhoods and “missing middle” housing complexes, there’s another residential typology unique to the Canadian metropolis: the shoebox. These single-storey edifices, once common, are slowly disappearing from the city’s urban fabric. Tapped by a homeowner to extend an existing “shoebox” property on a deep yet narrow plot, local studio T B A took the opportunity to not only push the limits of a budget-minded addition but to reimagine the typology as well.

Though the premise was simple — a long-time resident required additional space for their growing family — the process itself was far from it. Negotiating zoning, spatial requirements and budget restraints took over three years, resulting in a series of “step-by-step” developments that led to the final 135-square-metre structure in textured brick and glass.

A defining feature of the resulting home is the dramatic curve of its facade, “carved” to respect an existing Siberian elm tree. This gesture is mirrored within, where the graceful sweep of a glass wall creates a courtyard between the addition and the existing 100-year-old structure.

Abutting the warm brick exterior, this floor-to-ceiling glazed curtain with a sliding door provides views and access to the stark courtyard from the handsome kitchen inside the “satellite volume.” (The original house offers another entrance point to the outdoor, room-like space). The open kitchen and dining area is grounded by gleaming white cabinetry accented with a pale maple island. 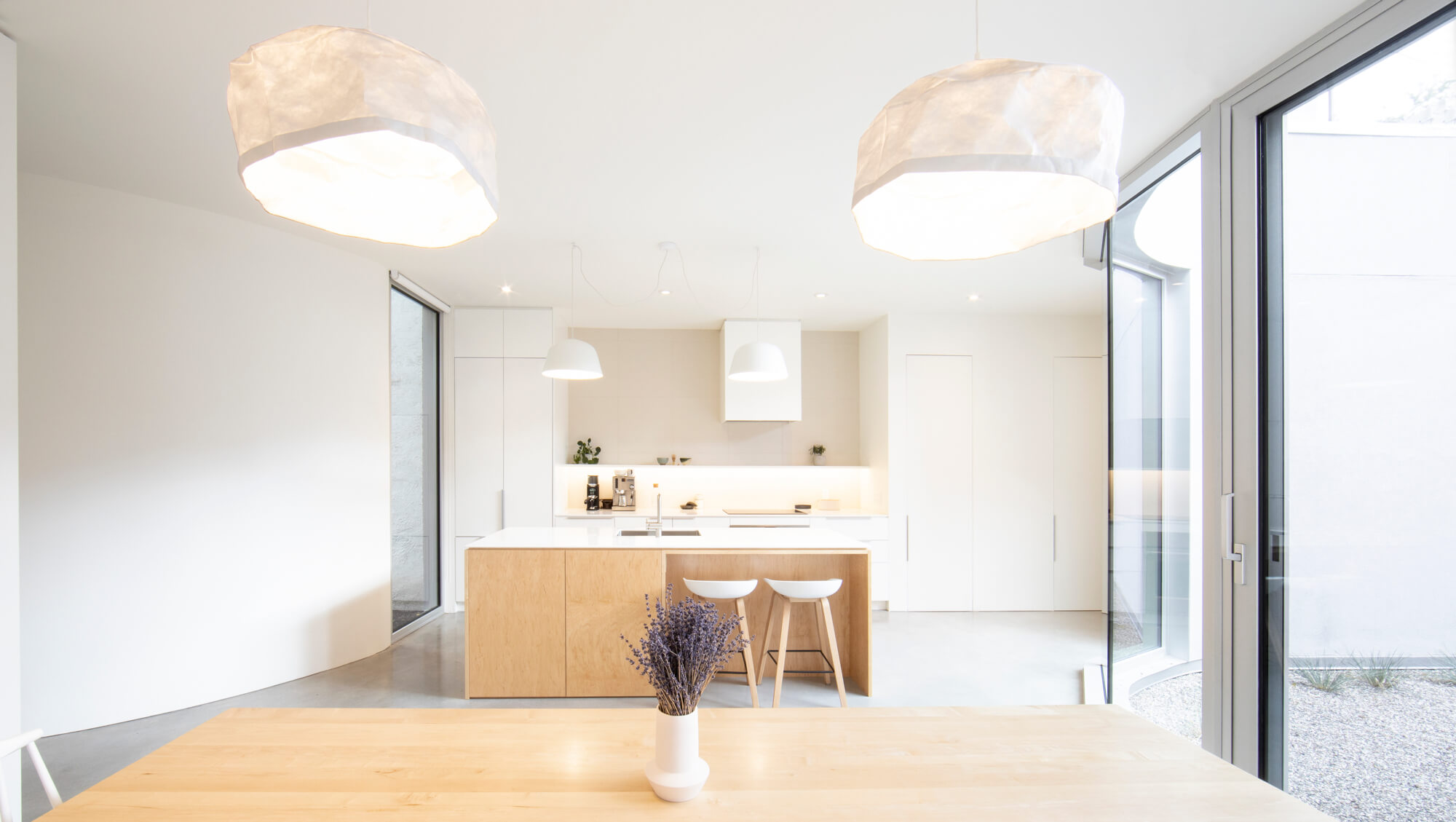 Deeper inside, a small powder room tucked along the corridor connects new and old, the latter of which has been remodelled to include two bedrooms, a living area, a larger washroom facility and a play zone at the very rear.

This deliberate separation between the past and the present, the public and the private, is continued in the handling of the two structures. Concrete floors unify the new build, while wood planks add a sense of warmth to the historic masonry and wood residence; the addition is supported by piles to “float on the soil” while the other rests on stone foundations.

However, a shared palette of crisp white walls, blonde maple, muted details and charming furnishings subverts this logic, adding, instead, a sense of cohesiveness between the two volumes.

From the street, it’s a modest — even demure — addition to the Rosemont-La Petite-Patrie borough. Inside, it’s a reminder of the latent architectural potential of a single-storey, single-family home.

A modest addition to a centenary residence brings clarity and much-needed space to a growing family.