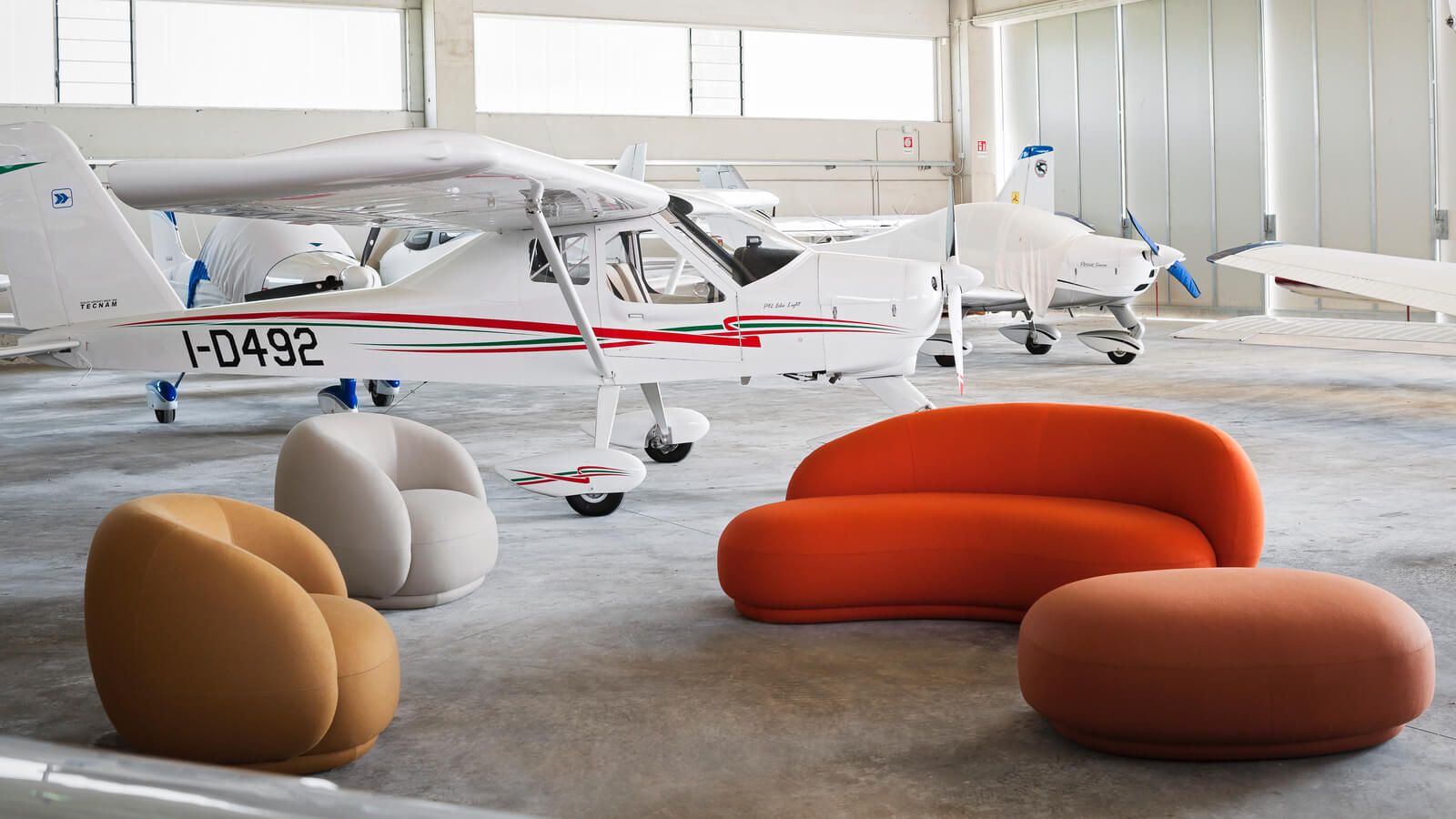 At a time when global travel has come to a halt, flight is an intriguing (perhaps even timely) departure point for a furniture release. “The idea of flight as a metaphor for creative freedom is the conceptual fabric from which the products in the new collection arise,” explains Tacchini, “emblematic of emancipation from fleeting fashions and the celebration of timeless, decontextualized creative intuition.”

To execute this aerial inspiration in a suite of adaptable furnishings that could “transform [themselves] in the quest for as yet unexplored horizons,” the leading Italian manufacturer looked to a host of local and international creatives — Studiopepe, PearsonLloyd and Jonas Wagell to name a few. From island-like ottomans and bulbous side tables to sectionals inspired by ancient settlements, here are the five most striking designs for the high-flying, high design collection: 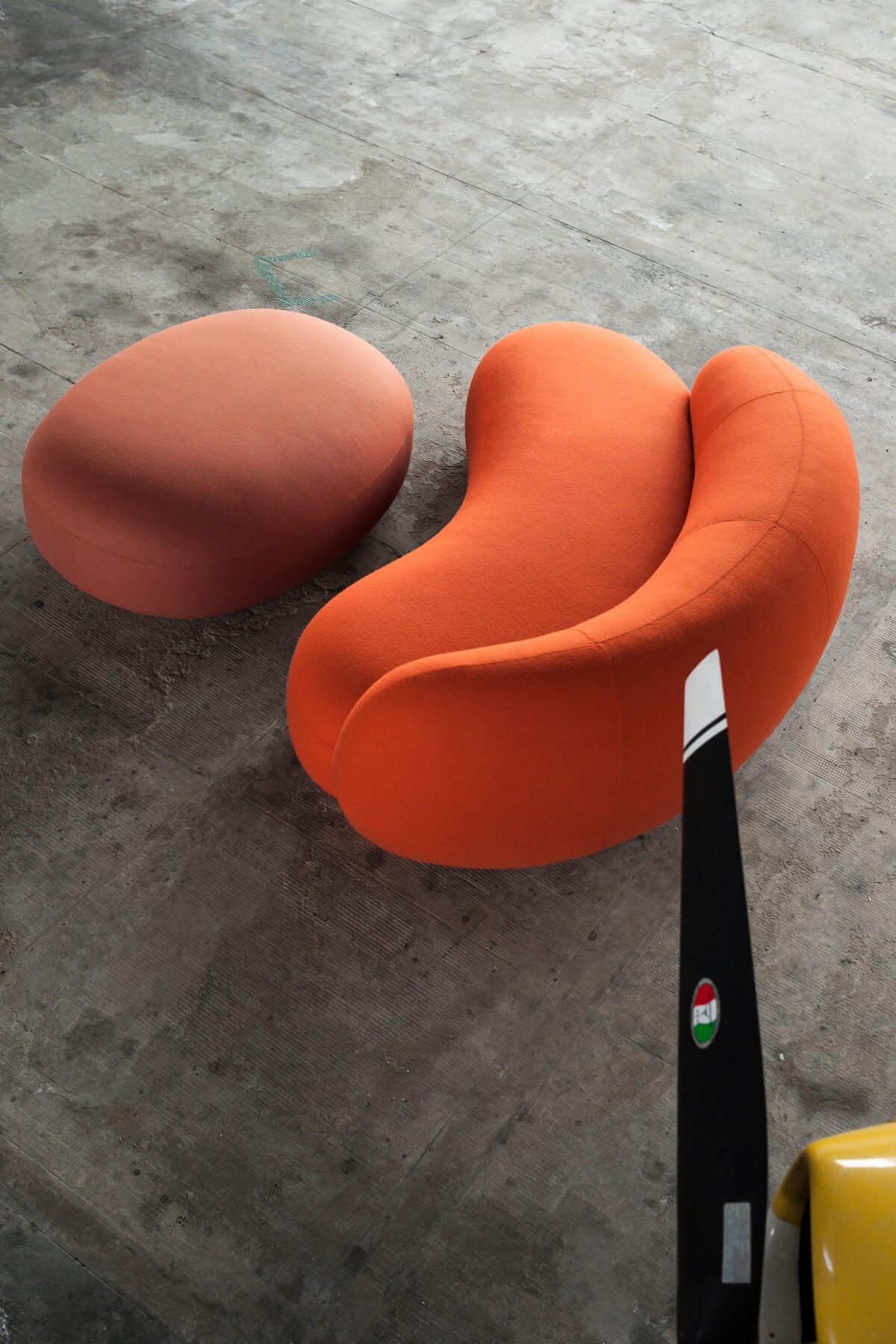 Expanding on the already successful Julep line, which includes a plush sofa as well as rotund armchairs, Swedish designer Jonas Wagell has introduced a chaise lounger to the streamlined series. Featuring an asymmetric composition with an organic seat and backrest offered in a range of fabric or leather upholstery, the 20.8 by 1.26 metre seat can also be paired with a large ottoman for almost endless compositions. In a nod to the themes of Tacchini’s collection, the receded base results in the gestural cushion appearing to float (even soar) above the floor.

Playful combinations of materials and forms are hallmarks of Milanese duo Studiopepe’s diverse work — ranging from spaces to furnishings and more. For their Pluto tables, the designers put both to the test, mixing natural and manufactured surfaces with bulbous, graphic shapes. The resulting pair of side tables (offered in two heights and diameters) consist of a solid wood top (in a natural or blackened finish) with a rotund bullnose edge resting atop three tubular concrete legs (in grey or rose). 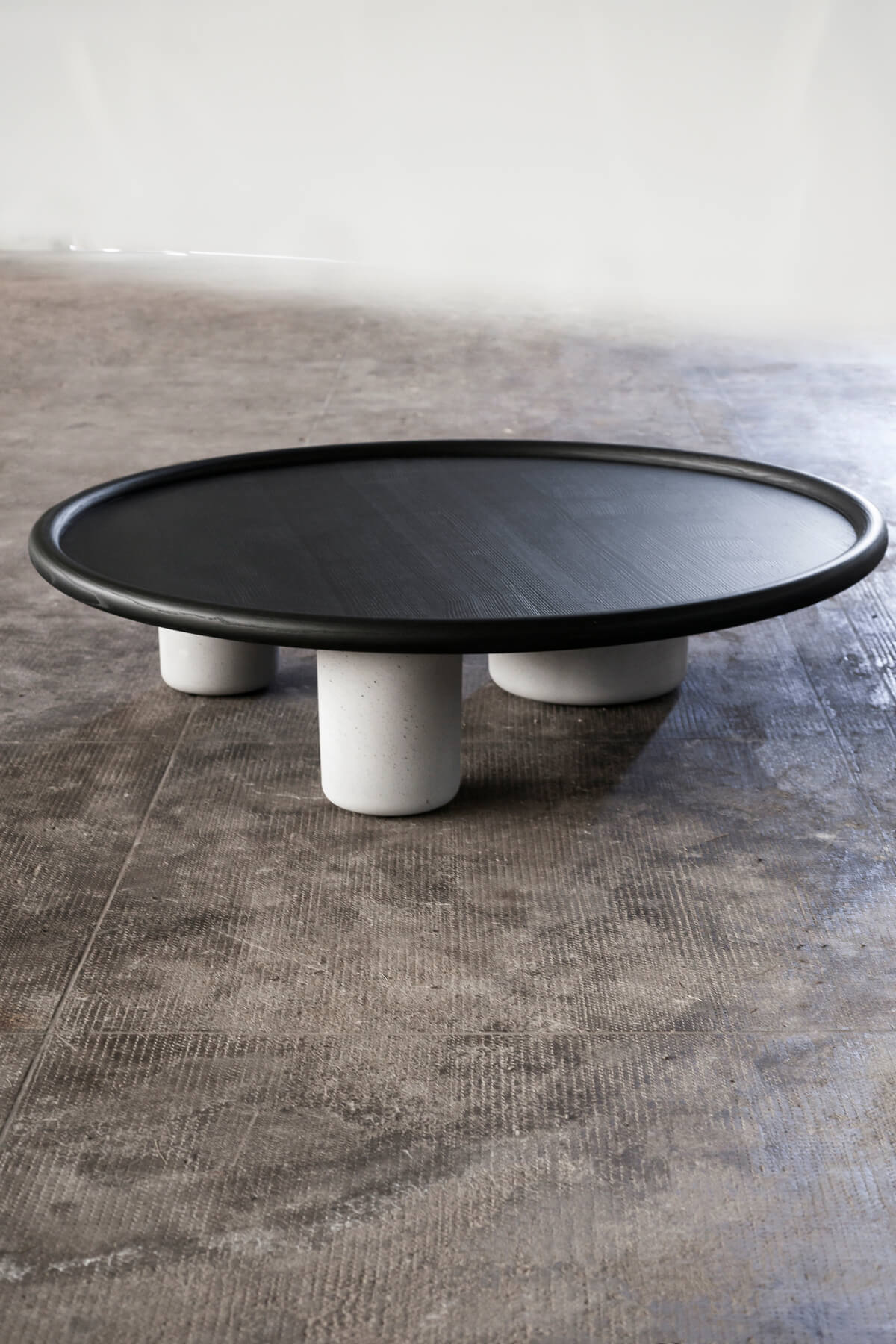 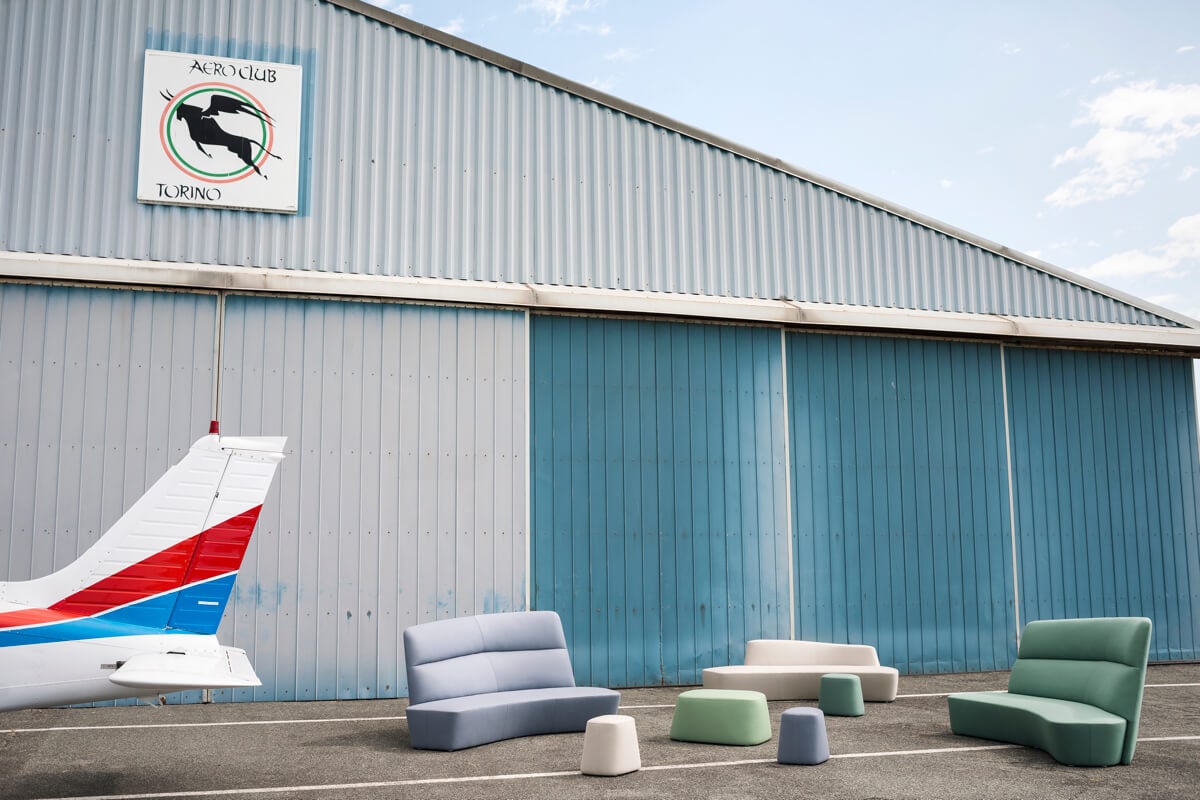 London-based studio PearsonLloyd is no stranger to high-profile collaborations; Teknion, Andreu World, Bene and many other manufactures are counted among their diverse clientele. Since 2006, they’ve crafted over 15 unique seating collections for the Tacchini. This year, taking inspiration from the icebergs as well as their inaugural design for Tacchini (the Polar seating system), designers Luke Pearson and Tom Lloyd add yet another: Polar Alcove. Featuring a high back and low-slung seat, the charming line is available with integrated accessories (a material USB port, for instance) making each throne, as the manufacturer describes and like its name suggests, a true “island of total relaxation.”

The Sassi di Matera — two ancient districts in the Italian city of Matera — are a network of Paleolithic dwellings carved into the area’s rocky cliffs. These prehistoric interiors were the inspiration behind Milan-based Gordon Guillaumer’s modular Matera sectional system. Conceived as stand alone elements than can be interconnected via wood or marble joints, much like the web of spaces carved into the earth, the upholstered pieces are also fitted with wireless chargers that allow users to both physical and virtually replenish. 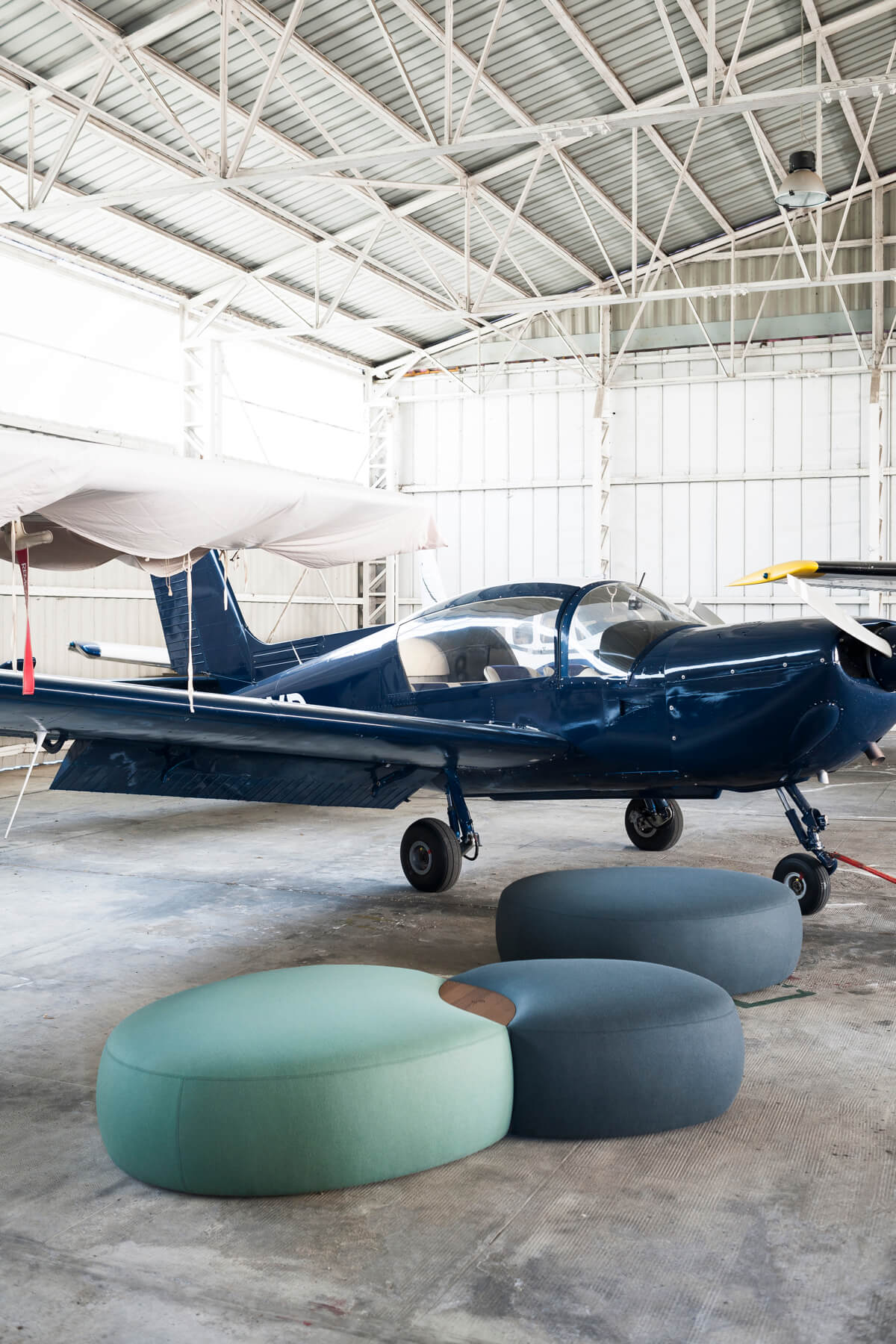 5
Float Ottoman and Table by PearsonLloyd 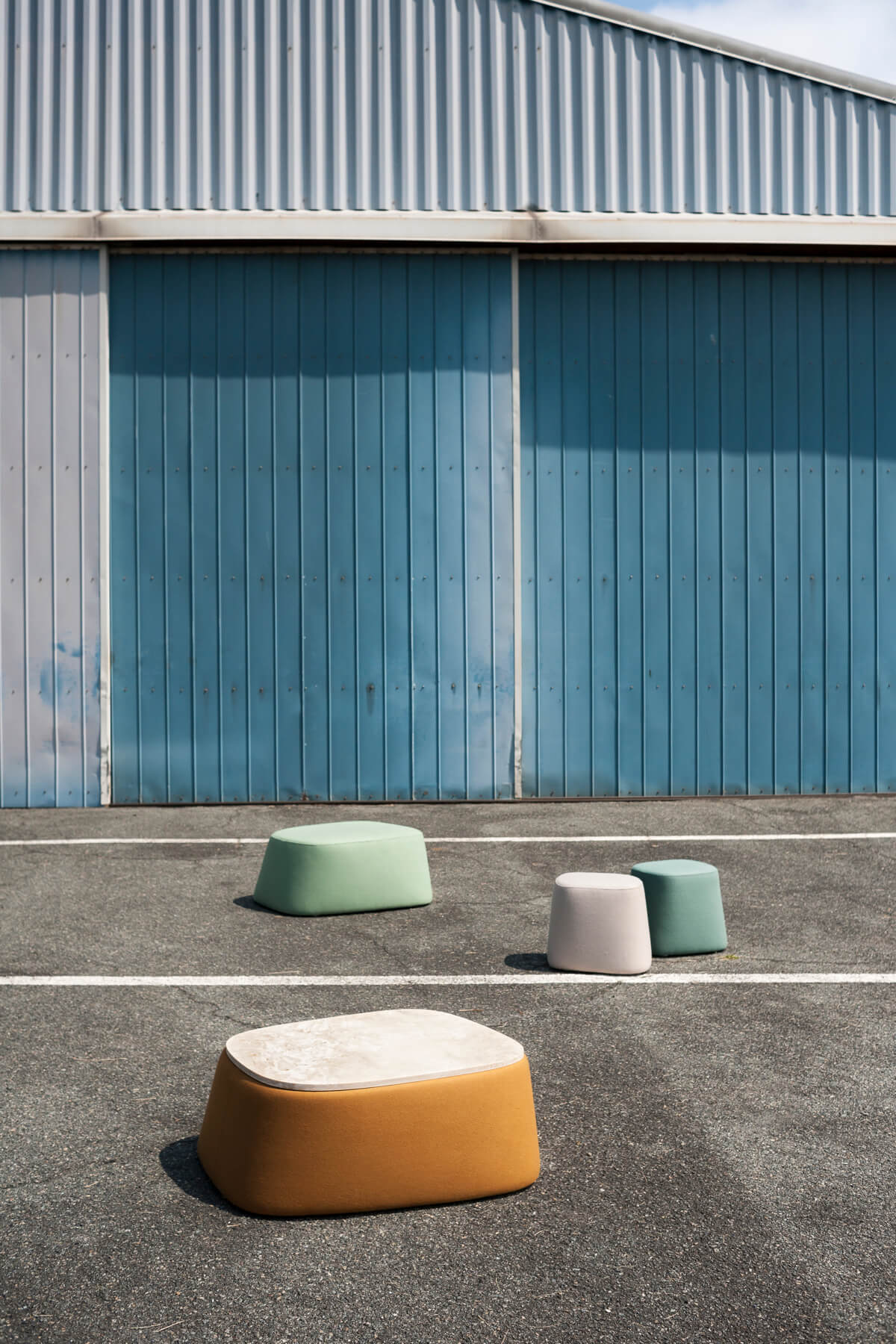 Another 2020 release from PearsonLloyd, the Float ottoman is both a sibling to Polar Alcove and a distinct “landform” is its own right. Boasting irregular forms and softened edges, the three-part collection ranges from a stool to an ottoman to a side table iteration fitted with a Roman travertine top. Together, they compose entire archipelagos — vast interior constellations that move with the tides of domestic life.