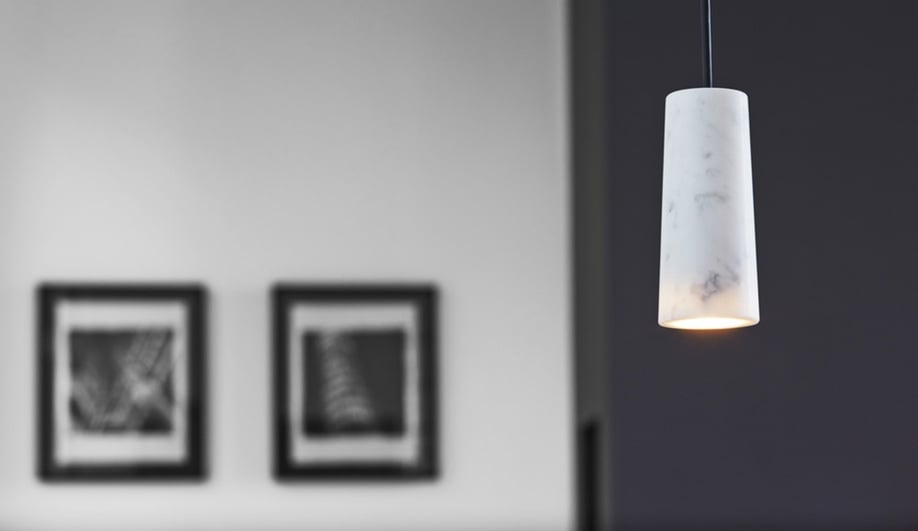 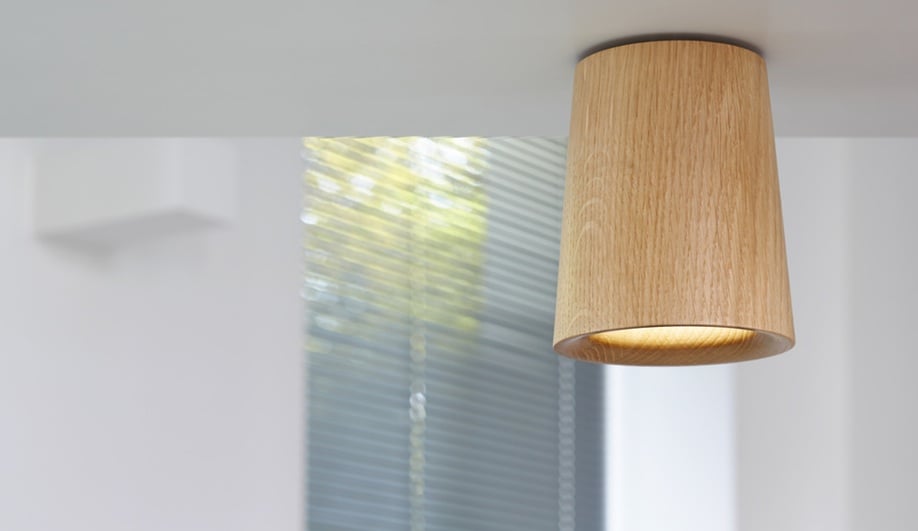 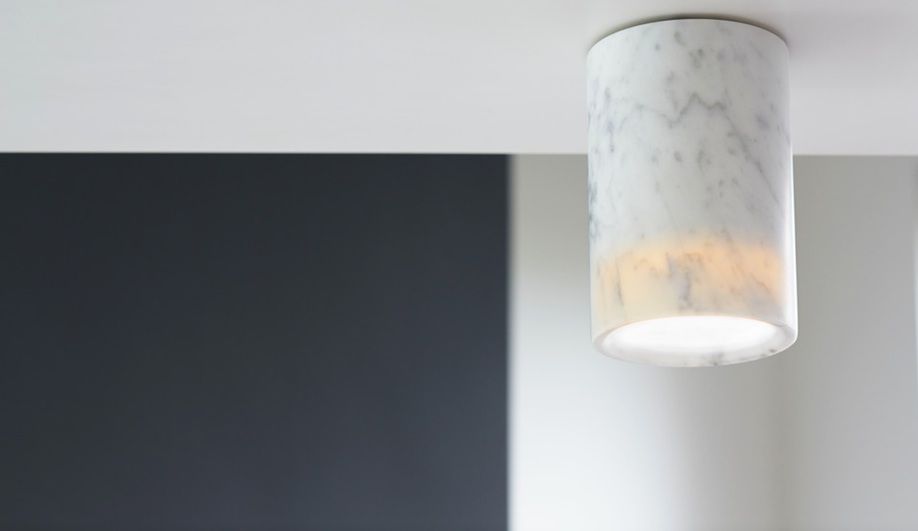 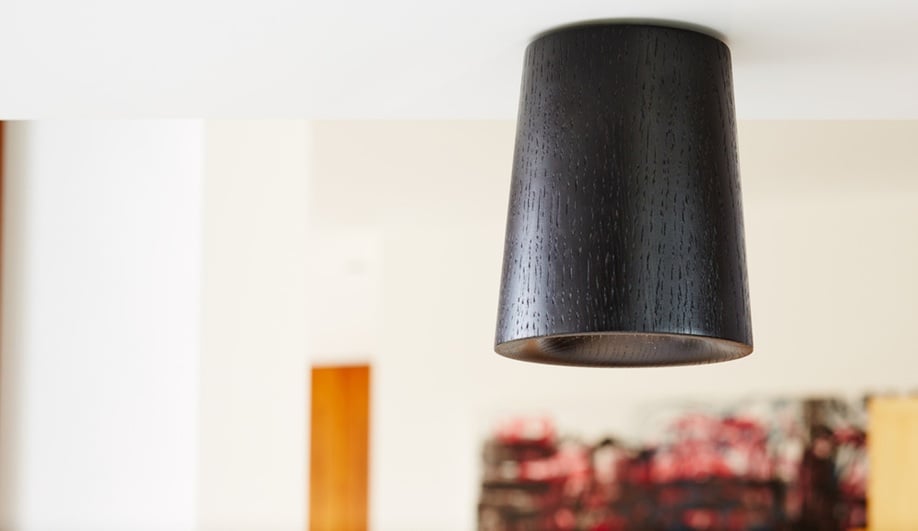 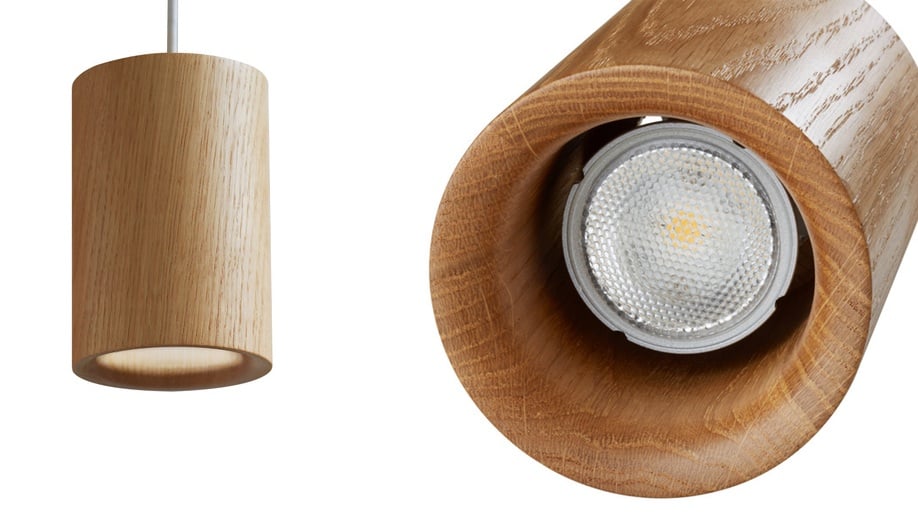 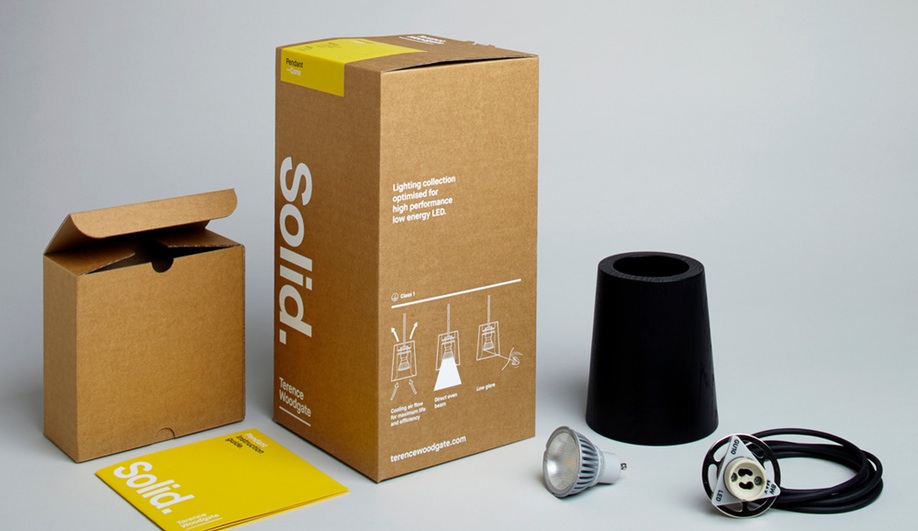 When he launched his eponymous lighting line this year, British designer Terence Woodgate promised fixtures built to take advantage of the latest in high-performance, low-energy LED lighting technology. And in just a few short months, he’s delivered. His Solid collection of pendants and downlights were initially optimized for high lumen output LEDs from Megaman, and now that company’s Ingenium Bluetooth lamps have been introduced as an included option.

A chip built in to the bulb connects via Bluetooth technology and a simple app to the user’s tablet or smart phone for on/off, dimming and grouping control. This invisible control, Woodgate says, allows the simple, conical and cylindrical forms to remain pure. The 16 marble and wood options each promise energy savings stemming not only from the efficient bulbs, but from the design, which endeavours to waste no light. Inspired by the fact that up to 20 per cent of the world’s energy use is attributed to lighting, Woodgate has set out to put as much as a dent in that expenditure as possible. The ease of operation provided by the Bluetooth functionality makes it even easier to contribute to this savings.

The efficiency of the line extends beyond the energy use. The offcuts from the marble versions are turned into tiny, three-watt pendants. And Solid’s noteworthy packaging, conceived by Charlie Smith Design, is made entirely of unbleached paper, with no plastic or styrofoam.