Testing Out EnChroma’s Glasses for the Colourblind
EnChroma glasses, launched earlier this year, promise to "fundamentally transform" the way colourblind people see colour. Azure senior editor David Dick-Agnew - who happens to be colourblind - took a pair for a test drive to see if they live up to the hype. 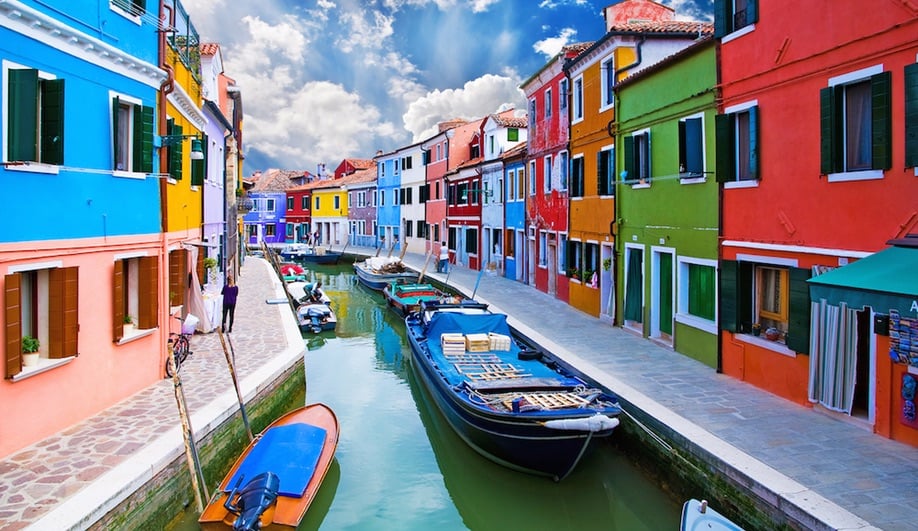 A representation of how a person with normal sight would view a colourful scene…. 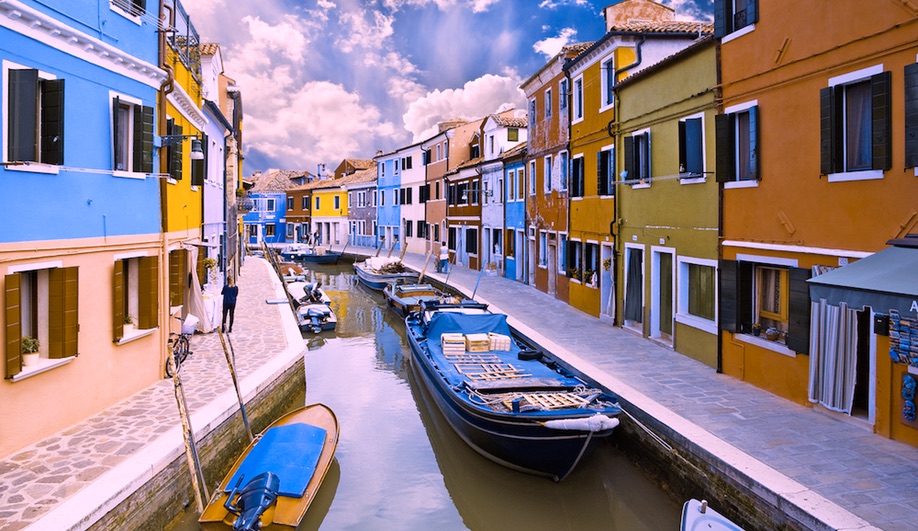 …and a representation of the same scene as viewed by a person with red-green colourblindness. 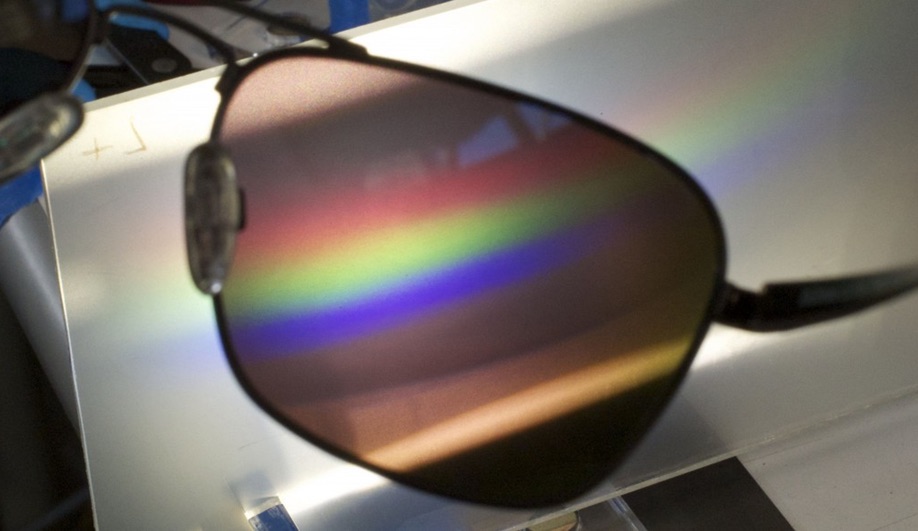 EnChroma lenses enhance colour vision for colourblind people by stripping away wavelengths where colours tend to appear most ambiguous. 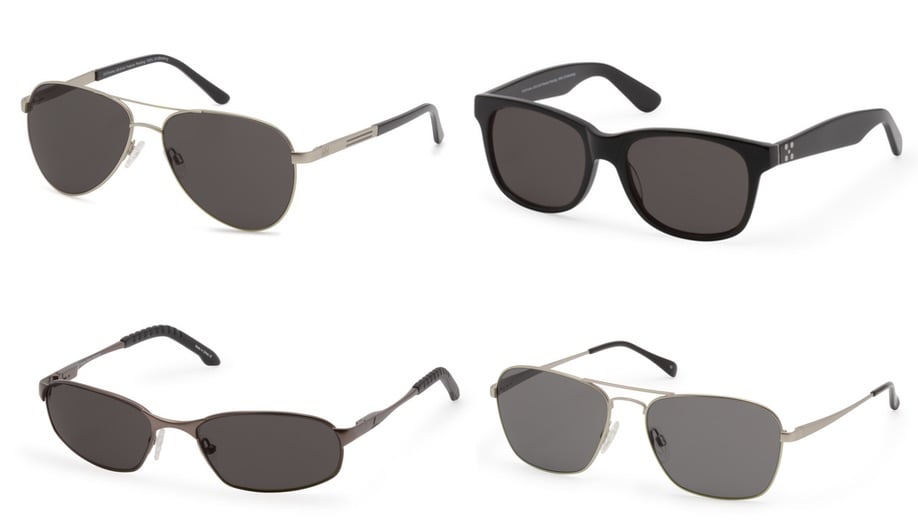 The glasses are available in a range of styles. 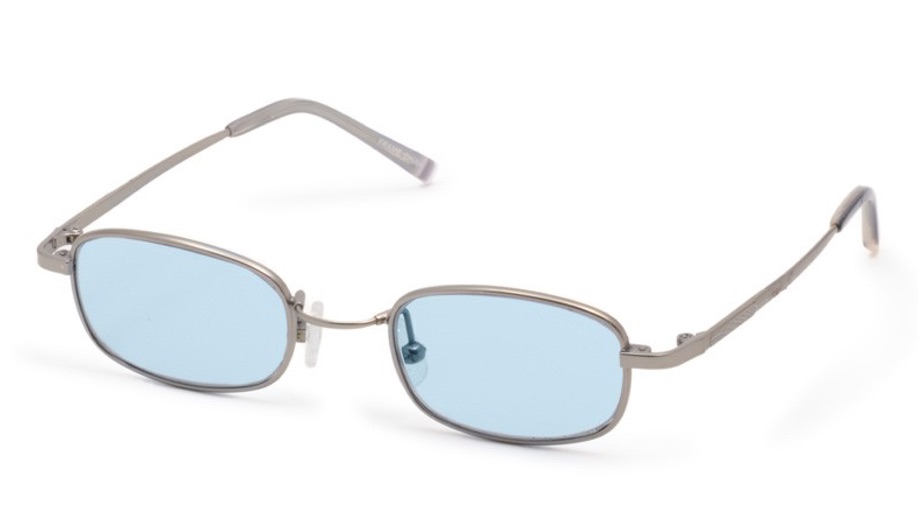 The collection now includes a lens designed for indoor use.

I didn’t know I was colour vision deficient until I was almost out of elementary school. In hindsight, it explained a lot: why card games and video games that relied on matching colours had always confounded me, or why trying to follow tangled red and green threads on a road map was such a challenge. After being officially diagnosed with moderate deuteranopia, I had an explanation for why I simply couldn’t see the things other people saw. “Oh, I’m colourblind,” I’d say. The response that typically followed was, “Really? What colour shirt am I wearing?”

But for the majority of people with colour-deficient vision, it’s less an issue of being able to see colours than being able to distinguish them. That is, I can see red and green, or purple and grey, but sometimes I can’t tell them apart, especially when they’re jumbled together. It’s a bit like listening to a recording of two voices: you can recognize your brother’s and your father’s voices individually, for example, but sometimes, especially with a bad recording, you can’t be sure who’s who, especially when they’re talking at the same time.

It’s not a debilitating condition (we get along just fine, most of the time), but it can be frustrating, embarrassing and, at times, even confounding. If you plan on being an electrician, police officer, or designer working in fashion, interiors or graphic designer, you might find that tasks crucial to the job become nearly impossible.

As it turns out, colour vision deficiency doesn’t end with difficulty making distinctions. While I thought that I could see the same colours as a normally sighted person, albeit garbled, it turns out there was a depth of colour that had eluded me my entire life.

EnChroma has developed a lens that promises to “fundamentally transform” the colour vision for most colourblind people. I had the opportunity to field-test a pair of these glasses, and while I had seen the viral videos of people “seeing purple for the first time,” I went into the experience a skeptic (“That’s not how colourblindness works!”).

The EnChroma glasses I tested are tinted, although indoor versions are also available: they are meant to be worn outdoors, in sunlight, not only because they are darkened, but also because they work best in broad-spectrum light. So I put on a pair for my walk home, carefully observing to see if I could notice any difference.

Immediately as I stepped outside, I saw that yellow and orange were popping in a way that they never had. Or was I imagining it? “Am I picking out the brightest colours now only because I’m looking for them?” I wondered. I looked at my arms – my complexion looked rosier and healthier than I can ever remember. And as I stepped into an alleyway near the Azure offices, typing my thoughts into my phone, something brilliantly purple vibrated in the corner of my eye: a vibrant wall of graffiti. I had walked this route a hundred times, and never noticed anything too purple; my first thought was that it was brand new. But no – the artists had dated it, two years ago. I had simply never seen it properly.

I went in for a closer look, taking the glasses off and putting them back on again to compare (the manufacturer advises against this, as the effect requires a bit of acclimation; they suggest at least five hours over a period of two weeks to help “train the sense of colour”). It was unmistakable: what used to be a pallid turquoise became a deep green. Pinks jumped out, rather than receding into the background. And reds and greens became, somehow, more saturated, more red and green.

I was wrong. My colourblindness was not merely a case of being unable to distinguish each colour’s “voice.” I was only able to understand about half of what they were saying as well. The technology that allows the glasses to do this is too complicated to get into here – EnChroma’s website does a fine job – but the short version is, the lenses filter out the wavelengths where red and green are at their most similar and most ambiguous, letting the purer shades shine through more clearly.

Wearing the glasses, I took another colour vision screening test (you can find EnChroma’s on their website), and while the depth and richness of colour was improved, my ability to distinguish colours was not – and in fact, the manufacturers state that while the glasses may help some people with diagnostic colour vision tests, they won’t help with a screening test. But although I may not be able to cheat my way through a test, I do walk away from the experience with a better understanding of what had been missing from my sense of colour – not its existence, but the richness and depth of the colour all around us.