The 10 Coolest Innovations from the iF Design Awards
The iF International Forum Design recently honoured beautiful and clever products in a range of categories. Here are our favourites, including the Pixel Box Cinema by One Plus Partnership (seen here) and Issey Miyake's origami lights for Artemide. 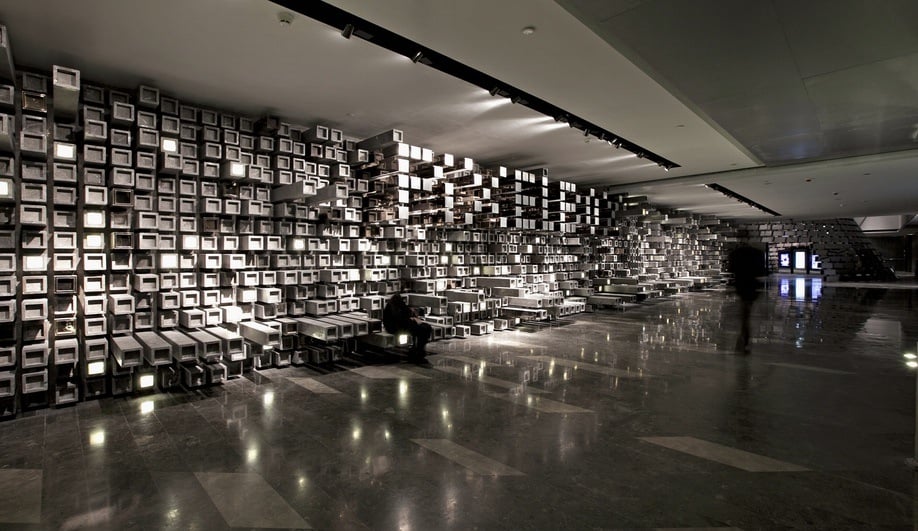 With winners in 21 categories – from computers to medical tools, cars to product packaging – the iF Design Awards program is among the most expansive of its kind. In its 60th year, gold awards were presented to 50 products, 20 communications designs and five packaging projects. Here’s a look at the 10 iF gold winners that caught our eye. 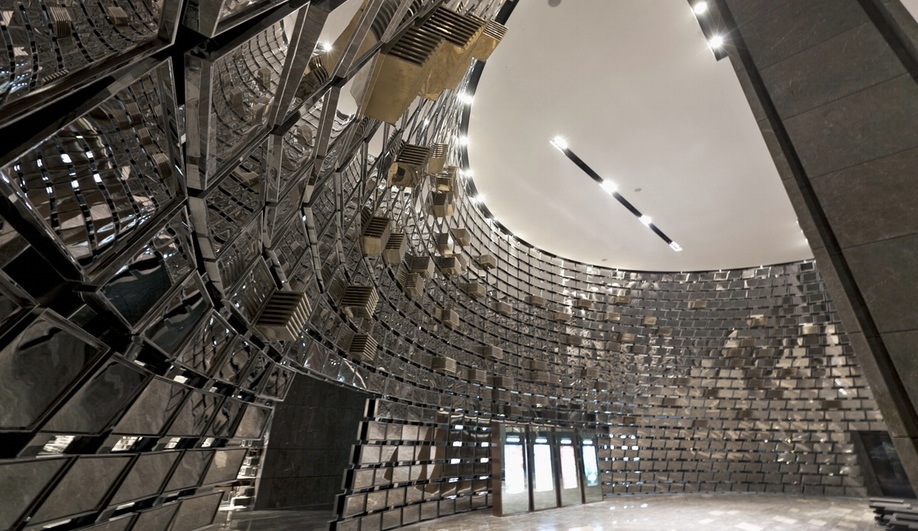 1 Pixel Box Cinema by One Plus Partnership
Using the humble pixel as inspiration, Hong Kong’s One Plus Partnership created an extravagant interior for the Pixel Box Cinema in Wuhan, China. From the box office to the auditorium, architects Ajax Law Ling Kit and Virginia Lung riffed on the pixel to produce a variety of atmospheres that feature the form in exaggerated manners, while still establishing a sense of unity throughout the 8,825-square-metre interior. 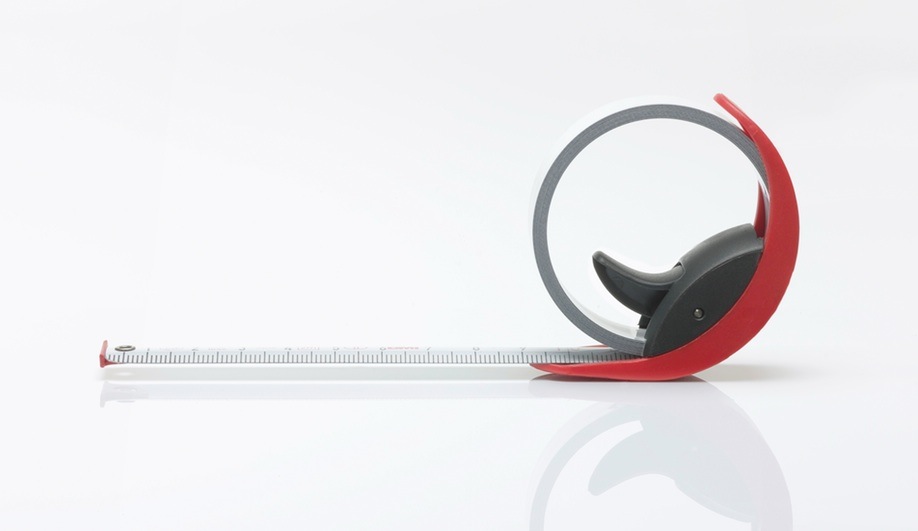 2 Quicky-Pro tape measure by Industrialpartners
This small household product is eye-catching, but its real genius is purely functional. One press of the trigger, located inside the mechanism’s doughnut body, unfurls the tape up to three metres. A second press retracts it. It’s a simple improvement but a smart one. 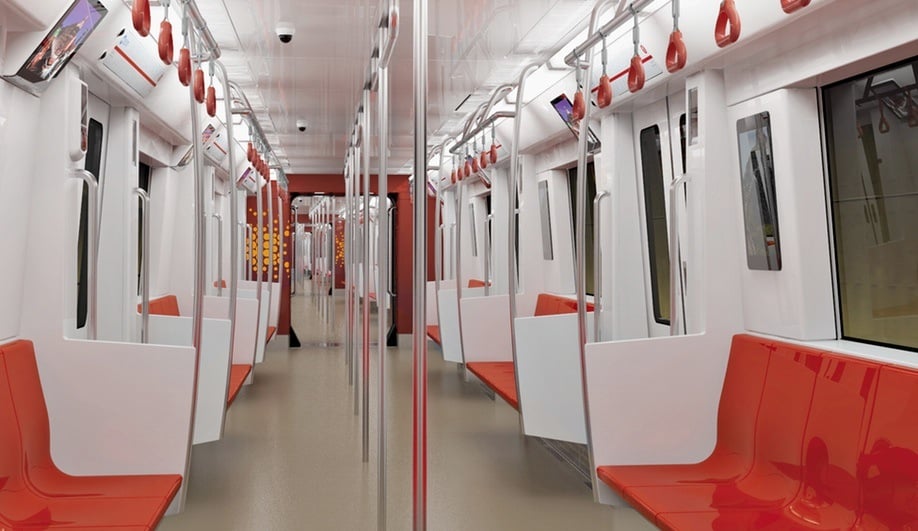 3 Metro Harbin by Büro+Staubach
Büro+Staubach’s train cars – for a line in Jilin Province, China – won praise for their pared-down red-and-white look. Kept free from unnecessary details, the inviting interior is jazzed up by glossy seats that would like right at home around a modern dining table. Trains are a specialty for the Berlin-based firm; previous public transit projects include trams and subways for Krakow and Buenos Aires. 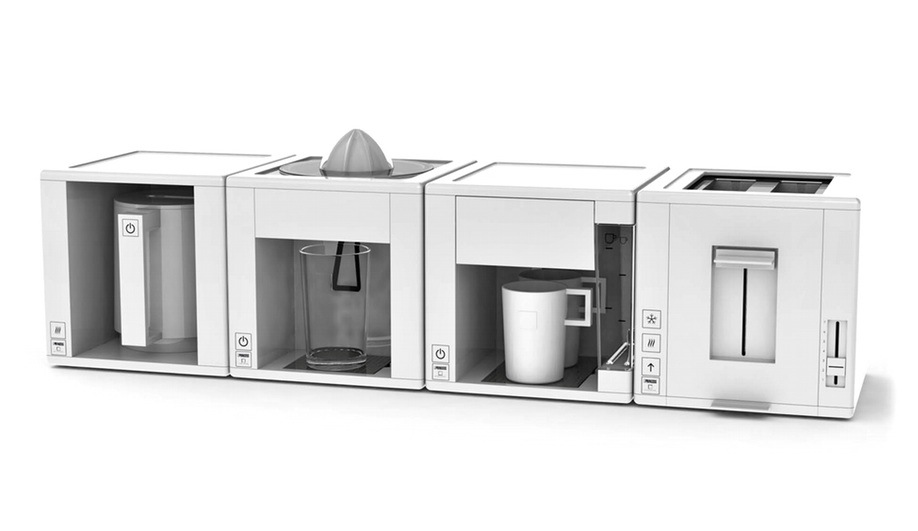 4 Breakfast Set by Princess Household Appliances
Dutch manufacturer Princess rethought kitchen appliances from the countertop up when creating Breakfast Set. The four gadgets – a kettle, a juicer, a coffee maker and a toaster – house their functions inside identical cubed shells. They can be purchased individually and stacked two-by-two – ideal for reclaiming counter space in small kitchens. 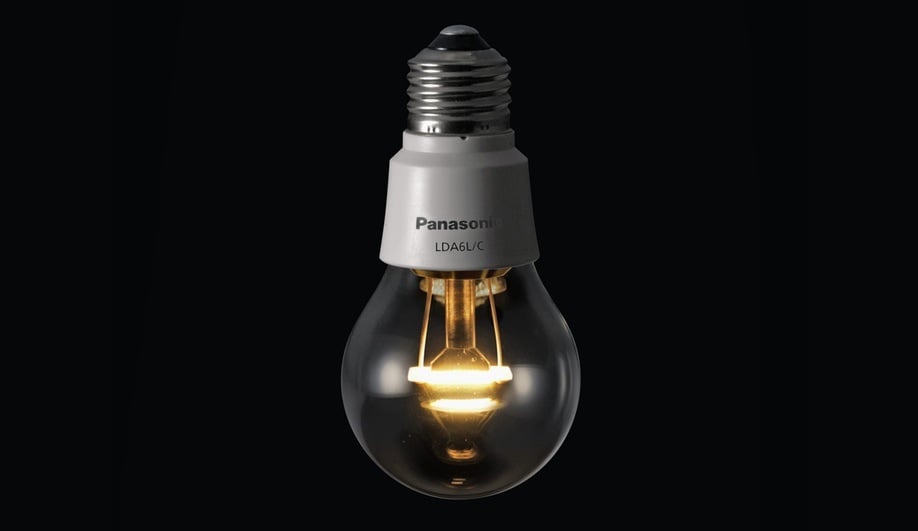 5 LDAHV6L27CGE by Panasonic
Although you might struggle to remember the name, Panasonic’s LDAHV6L27CGE light fixture combines a glass bulb and an LED to make a lasting impression. With a 40,000-hour lifespan and a colour temperature similar to a 40-watt tungsten bulb, it bridges the gap between incandescent and LED. 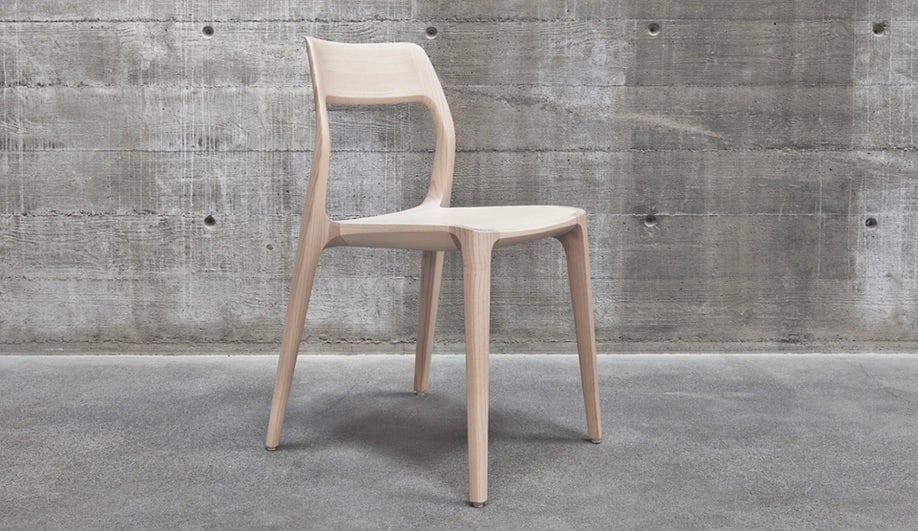 6 November dining chair by Veryday for Artipelag
Boasting the sculptural aesthetic and ergonomic comfort of traditional Scandinavian design, the November chair could be mistaken for the work of a mid-century artisan. Designers Peter Ejvinsson and Emmy Larsson’s piece is machine-manufactured, placing it within reach of a more modest budget. 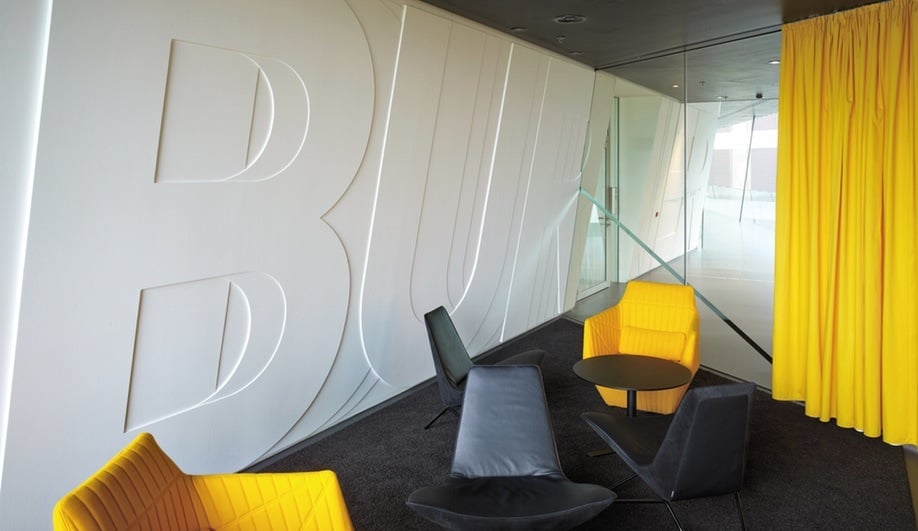 7. Adidas Laces by Büro Uebele Visuelle Kommunikation
BUVK says its signage system, called Adidas Laces, for the sportswear brand evokes both “living letters” and “turbocharged typography.” Created for Adidas’s HQ in a small Bavarian town, variations of the typeface boost the brand on walls and partitions throughout the building. Traffic is directed with a decidedly sporty feel, with massive letters in relief, in different colours, or etched in glass. 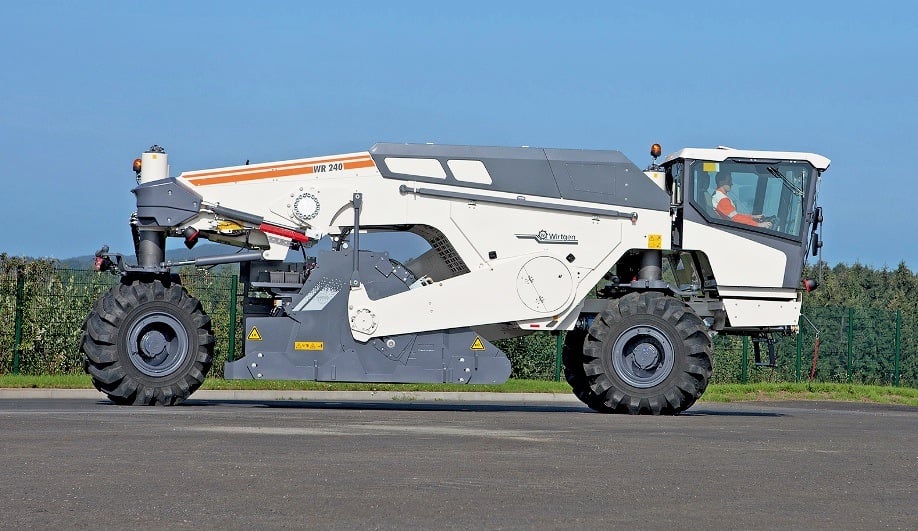 8 Wirtgen Kaltrecycler by Budde Industrie Design for Wirtgen
The Wirtgen Kaltrecycler, a cold recycler that processes and stabilizes loose soil in construction zones, making it steady enough for other heavy machinery to traverse, proves that even function-driven design can be handsome. It may not win a beauty contest, but it earned an iF gold for the resolution of its components and exceptional ergonomics. 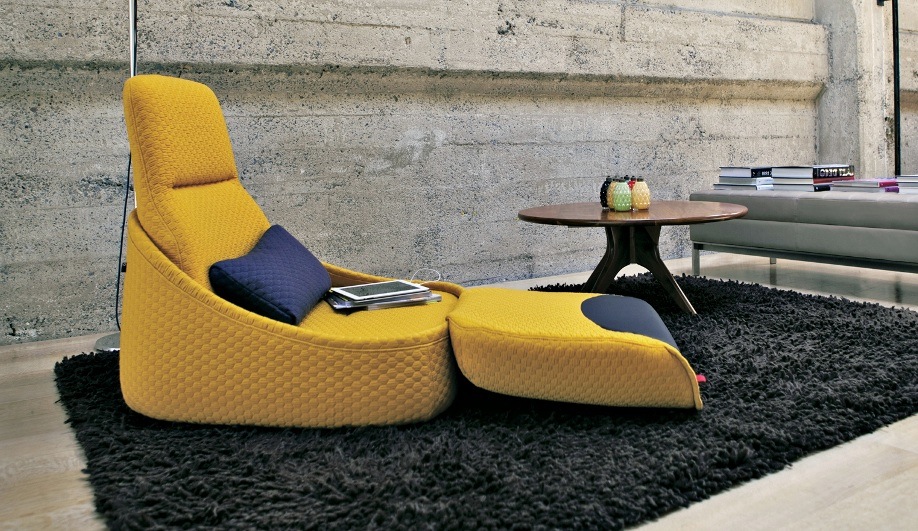 9 Hosu lounge chair by Patricia Urquiola for Coalesse
Patricia Urquiola’s Hosu lounger for Coalesse has been making waves since it debuted at NeoCon 2012, drawing admiration for its clever flip-down foot rest and unmistakably Urquiola-esque soft honeycomb quilting. But it was the ultra-comfortable seat that led iF’s jury to predict it would become “one of the design classics of the future.” 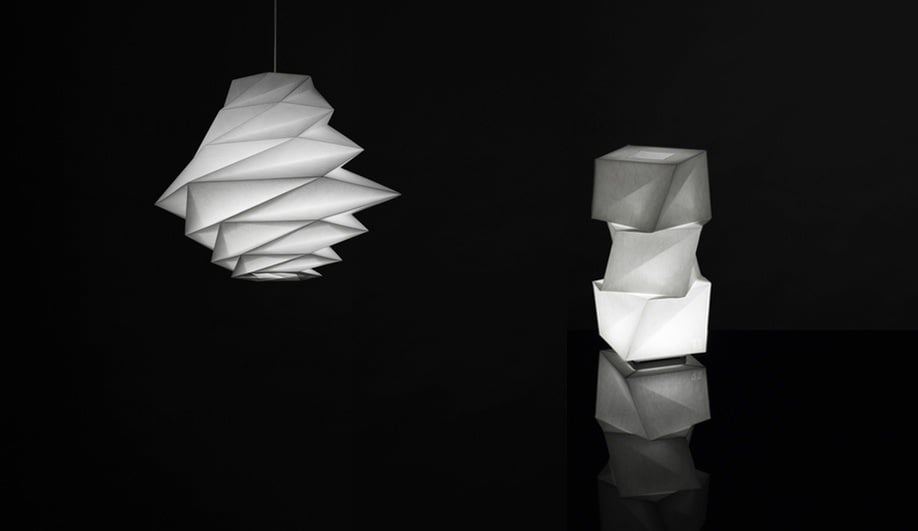 10 IN-EI lighting family by Issey Miyake for Artemide
In fashion designer Issey Miyake’s shape-shifting fixtures, the shades appear to be delicate rice-paper origami. In fact, they are crafted from a robust textile made of recycled PET bottles. Designed for Italian lighting manufacturer Artemide, the IN-EI collection comprises a variety of collapsible boxes and corkscrew shapes, includes pendants, floor and table lamps.