The BIG Tiny House Prefab
Prefabs have long held a fascination with designers and architects. Philippe Starck, Sir Richard Rogers and Tom Dixon, to name just a few, have dabbled in the typology. Now Bjarke Ingels has joined the tradition, with A45. 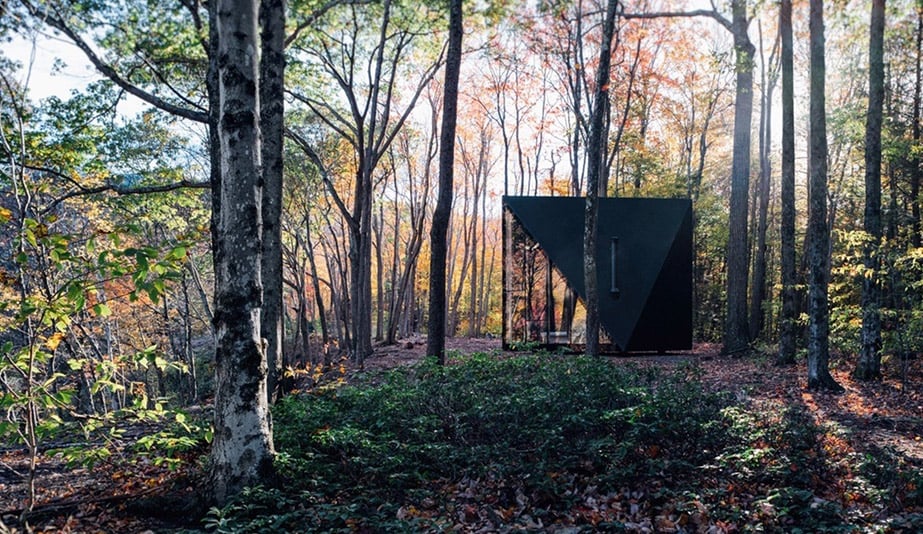 The micro-house, designed by Bjarke Ingels of BIG, is a contemporary variation on the steeply pitched A-frame, with a 45-degree twist that sees half of one wall clad in glass and the rest in exposed glulam framing. The glass portion takes on a triangle shape, and allows for seamless views of whatever surroundings the house might be dropped into.

Its layout makes the most of its 11.14-square-metre floor area, with a ceiling that soars four metres high at the structure’s peak, providing enough space for a sleeping loft accessed by ladder. 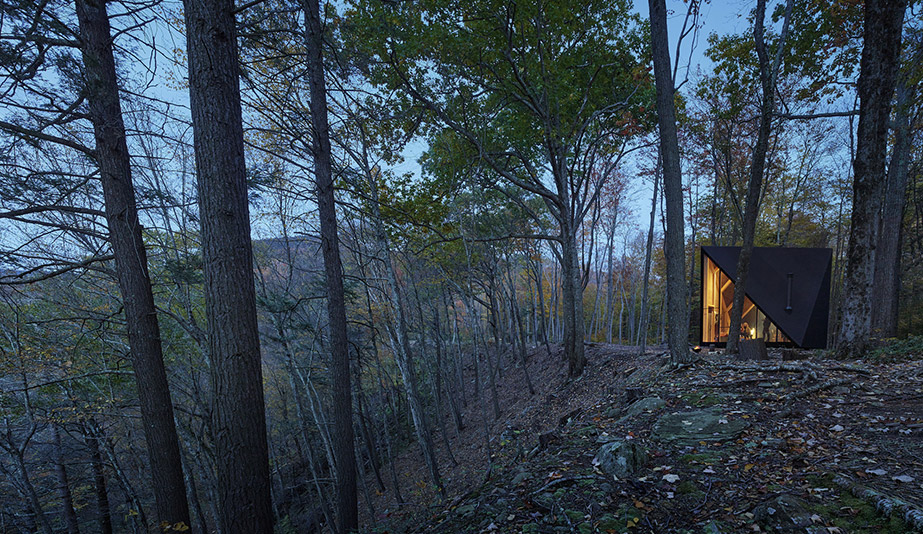 A Morsøe wood-burning fireplace occupies one slopped corner, while off-grid equipment is hidden in the back. A bathroom, clad entirely in knotty cedar planks, provides a place to shower, while the kitchen is no bigger than an average closet, with a two-burner stovetop and a sink filling the countertop area. 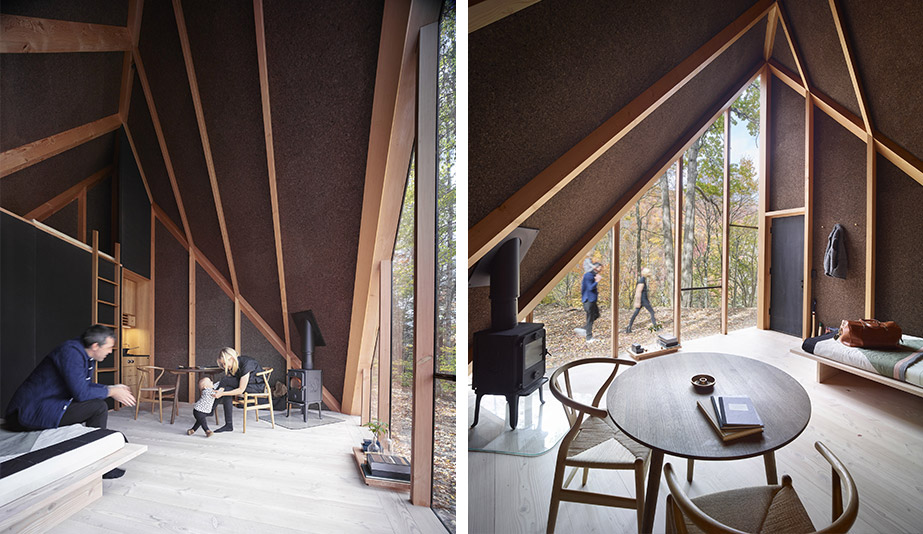 A45 was designed in collaboration with Klein, a New York studio run by designer and interior architect Søren Rose, who also contributed with some of the built-in interior features. It is the first prefab of a series Rose plans to roll out in the coming years, each designed by a recognized architect. 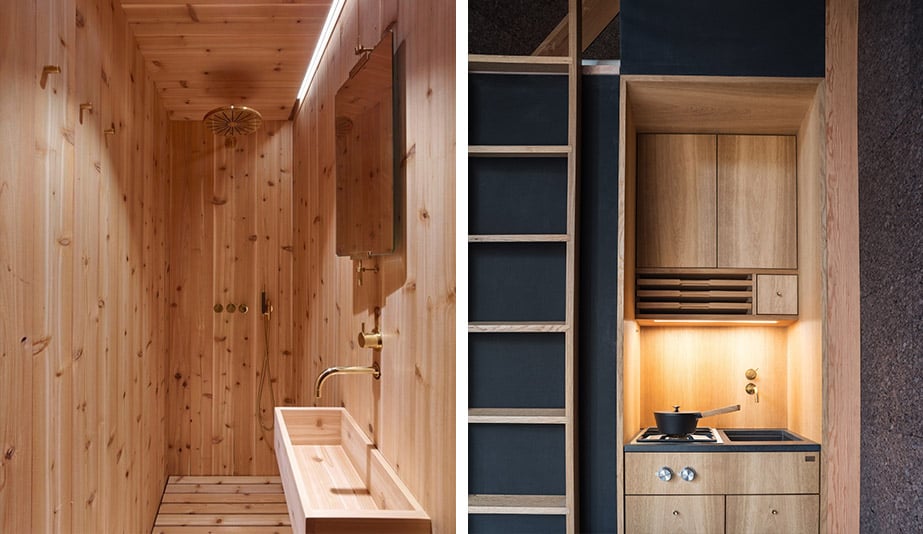 The concept is planned to be readily available for purchase, with international shipping worked into its construction. Assembled in modules on site, its material palette – including the timber frame work, wall modules, a subfloor, and the floor-to-ceiling window, which is comprised of seven glass pieces – is 100 per cent recyclable.

The prototype is also elevated on four concrete piers to allow the house to be placed almost anywhere, even in the most remote settings. Rose estimates it will take about six months for a house to be ordered, shipped and built. The cost of owning your very own BIG tiny house, though, has yet to be disclosed. 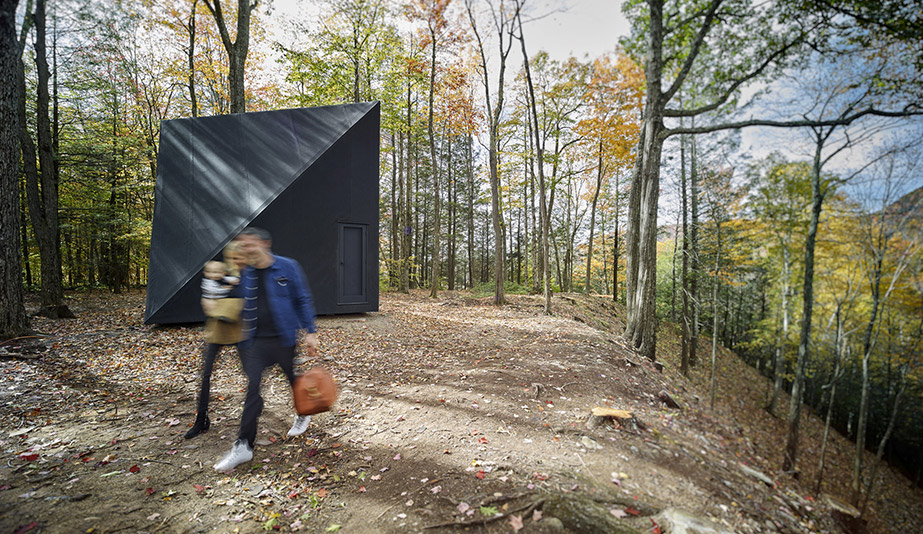