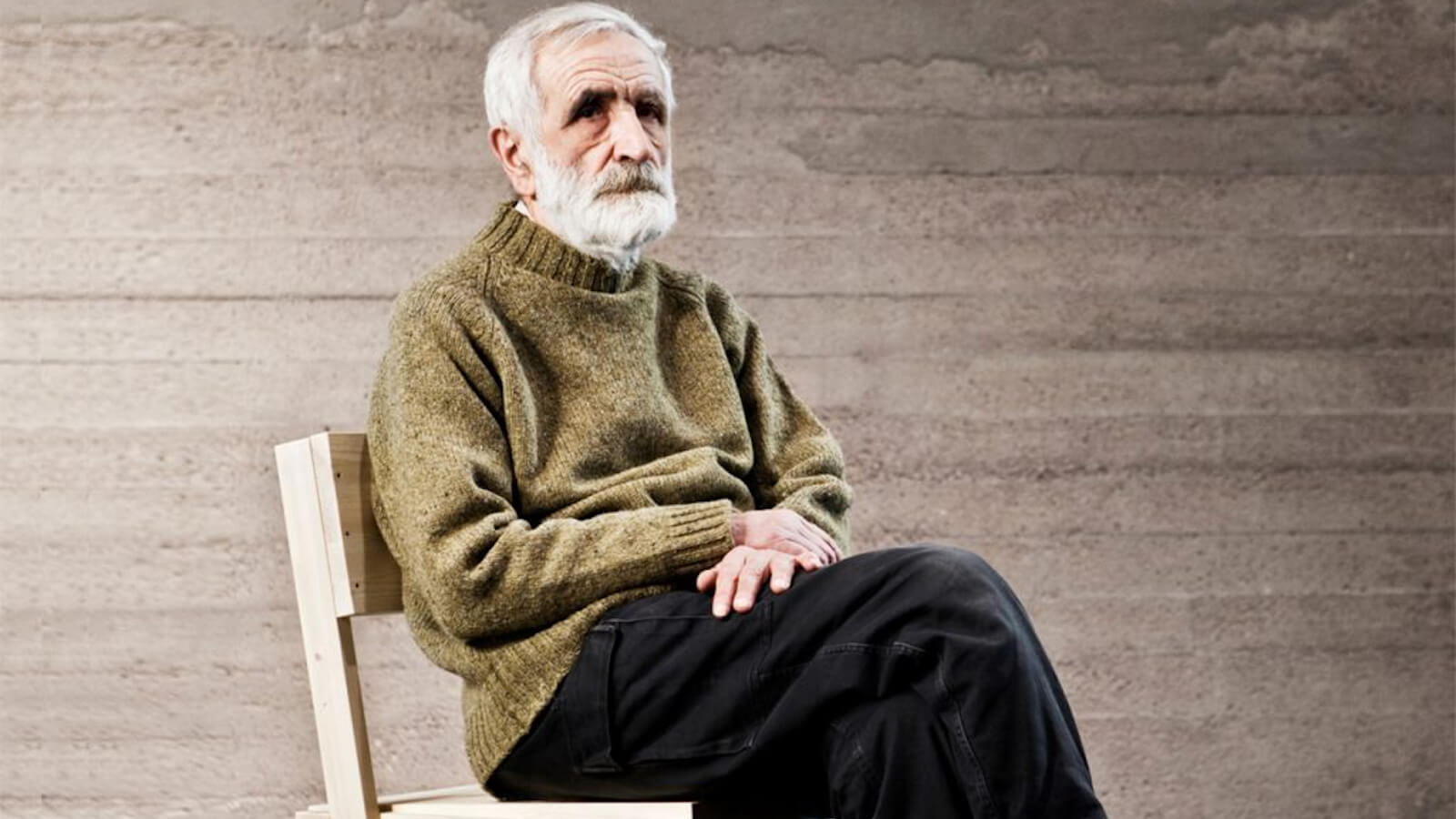 The Enduring Wisdom of Enzo Mari

One of the great maestri of Italian design, Enzo Mari leaves behind a legacy of essential pieces and brave honesty.

A legend of modern Italian design, Enzo Mari, who has died at the age of 88, created some 2,000 furniture and lighting designs that are iconic for their clarity and essentiality – and humour. Many of his works feel as vibrant and contemporary today as when they were first released. For Danese he dreamed up some of his earliest triumphs: the Formosa perpetual wall calendar (1963) and the Bambù vases (1968) – inspired by industrial machine tooling – are still brilliant after all these years. His Delfina chair likewise cannot be improved upon; it’s one of a number of pieces, including the timeless Sof-Sof chair and Frate table, that emerged from his fruitful collaboration with Driade in the 1970s. His Panettone, the mobile street blocks he designed for Milan in 1981, are a part of the city’s character. Even his children’s books (co-authored with his wife, Iela) and wooden-toy puzzle sets – the famed 16 Animali – are inimitable and universally loved. 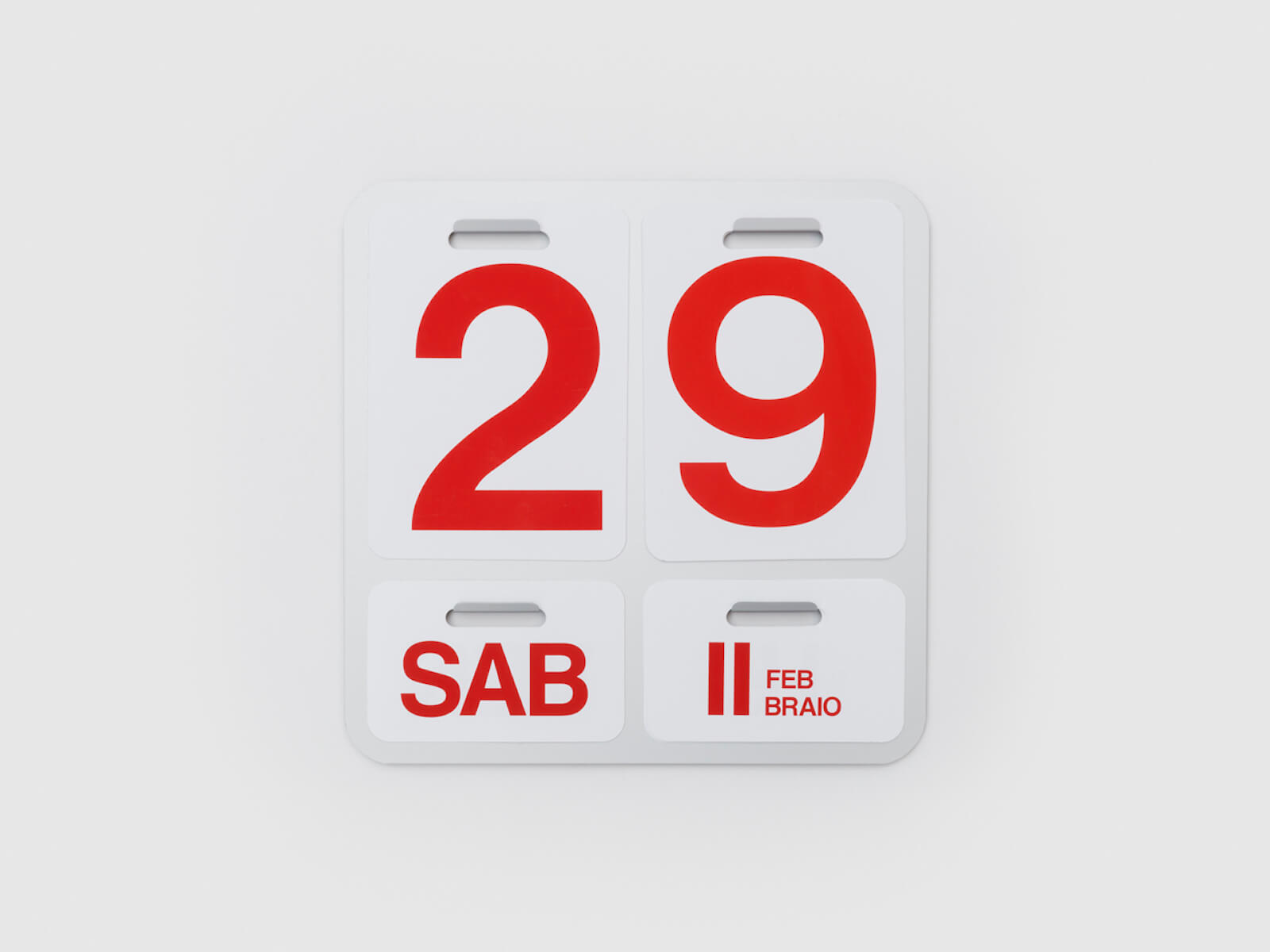 Mari’s own childhood in post-war Italy may have influenced his creativity and thinking about design. Born in the southern region of Puglia in 1932, Mari moved as a child with his family to the north, where they struggled to make ends meet, and he had to rely on his precocious resourcefulness. “I used to sell fake boxes of Gillette blades with a piece of wood inside. I sold soap in a market after buying a permit from a blind beggar,” he told Juli Capella in the wonderful Why Write a Book on Enzo Mari (1997, Federico Motta Editore) As a college student, he studied art. This was before the post-war boom in Italian design manufacturing had truly taken off; and the old guard, including Achille Castiglione and Marco Zanuso, were the only paragons. Mari, speaking with Capella, characterizes his entrée into the profession as more of a stumble: “After I had designed several objects someone told me that what I was doing was design.” By the 1960s, he was working with a number of Italian manufacturers. 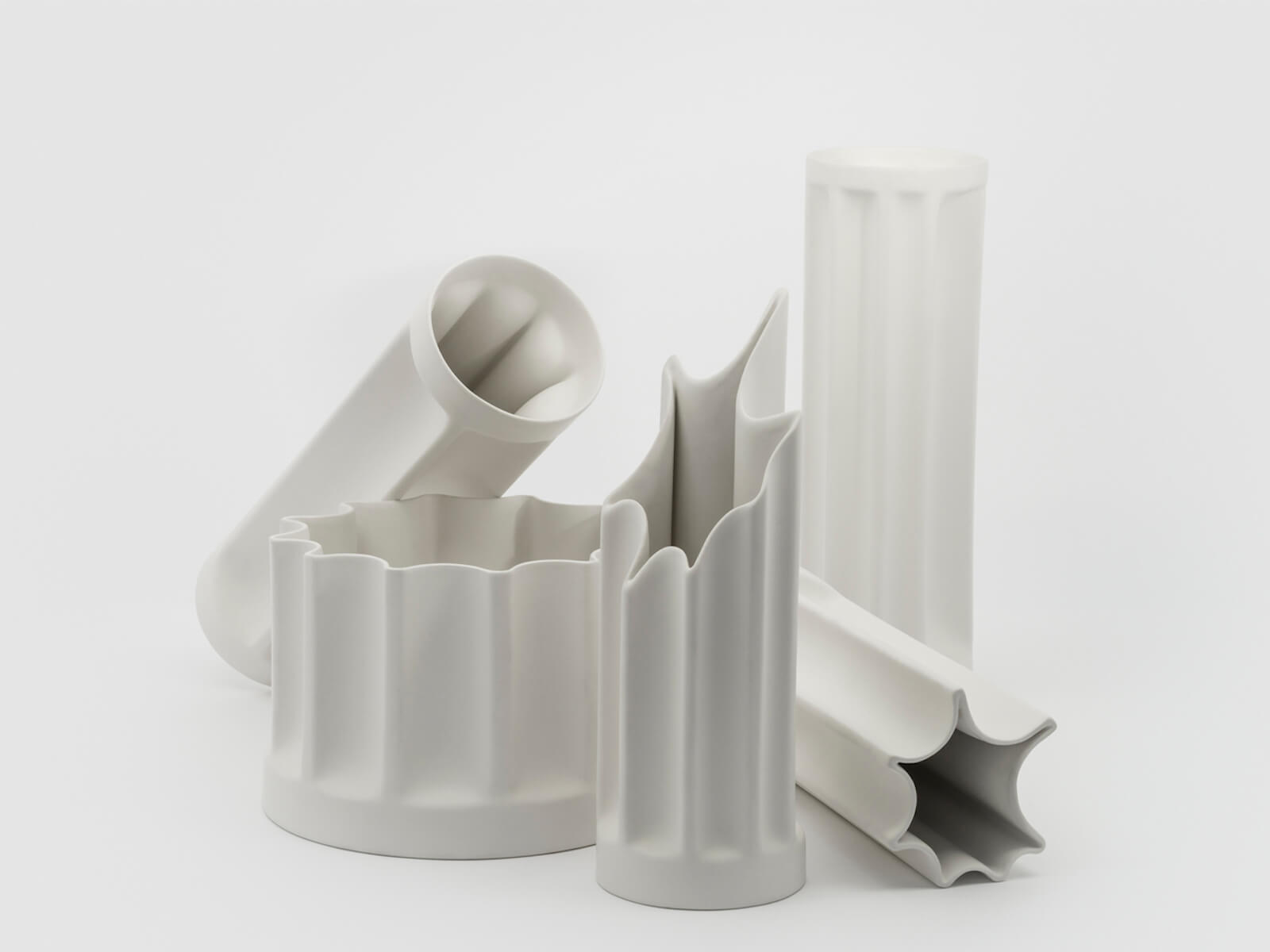 The Bambù vases for Danese

As he became known for his timeless pieces, Mari also earned a provocateur’s reputation for his unsparing candor. He was prone to calling designers “imbeciles,” yet held great regard for the factory artisans realizing their visions and their work ethic. A spirit of inquisitiveness – manifested as a legendary loquacity – permeated his working philosophy. As he once told Azure’s Nelda Rodger, in an interview with Azure in 1999, the only type of design that mattered was the “buon progetto,” or good project. In the verb form, “progettare” means to plan, to envision, and Mari’s own interpretation of the act of design encompassed the full process. Disdainful of marketing and retail – the ways in which design was becoming increasingly “merchandised” – he believed in and fought for the allegorical significance of an object rather than its “banal” end use. 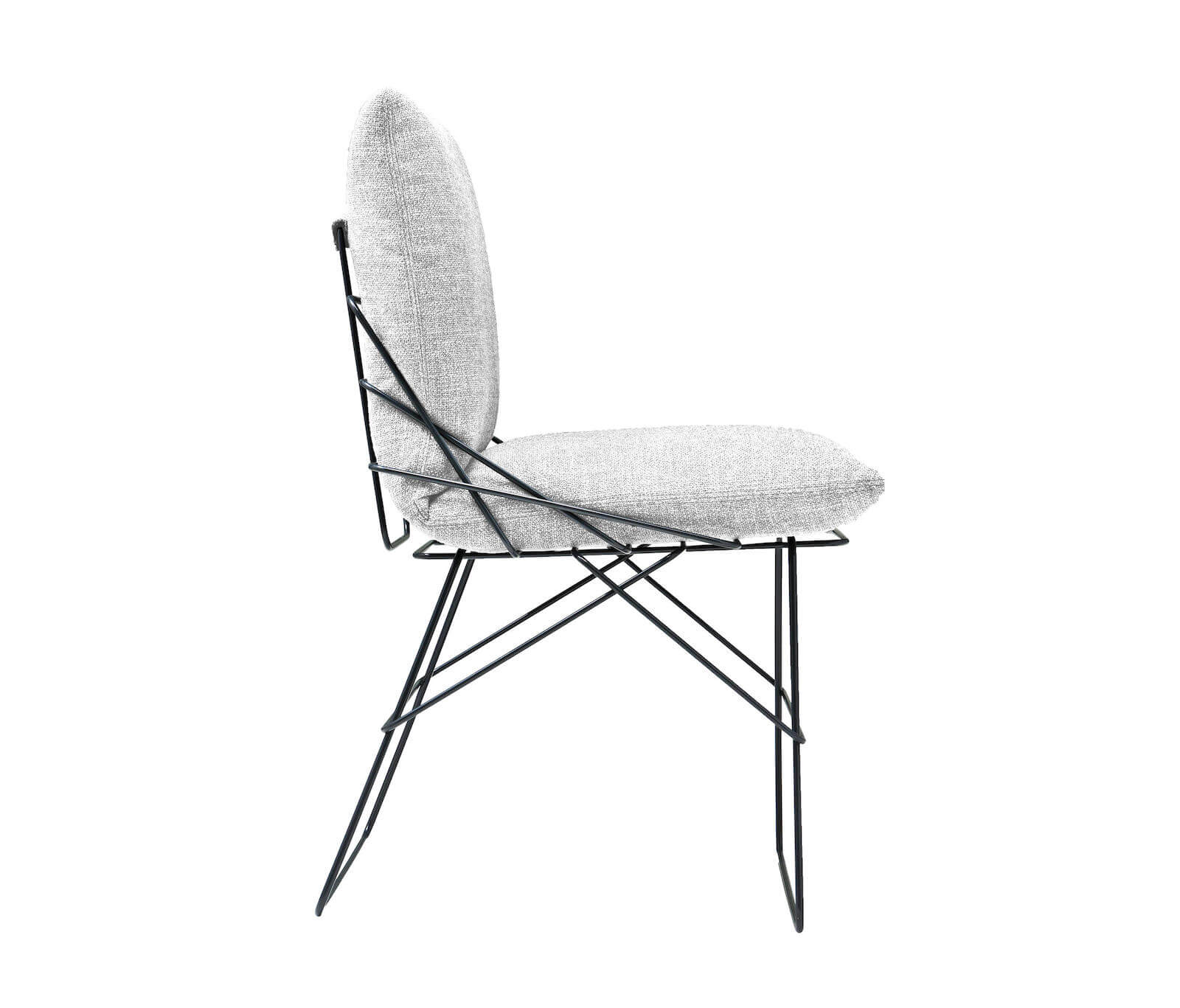 And much about the design world was banal to Mari, who perceived the endless reiteration of existing products as catering to an insatiable, trend-obsessed consumer market. He struggled with the question of the chair. Although he designed many that would become canon, in Why Write a Book on Enzo Mari, he described the ordeal of being commissioned to produce yet another as an opportunity for subversion: “I imagine different user sectors, chairs for adults or for children, for people without legs…the chair that Eames would design, that Sottsass would design or that of a Shaker craftsman, then, then, then…Then I start to get angry and say: a chair with 10,000 legs, a chair with a touch of cyanide in the middle of the seat so that the fool who buys it will die and that is the end of the chair matter. Then a chair in paper, a chair made of butter…” 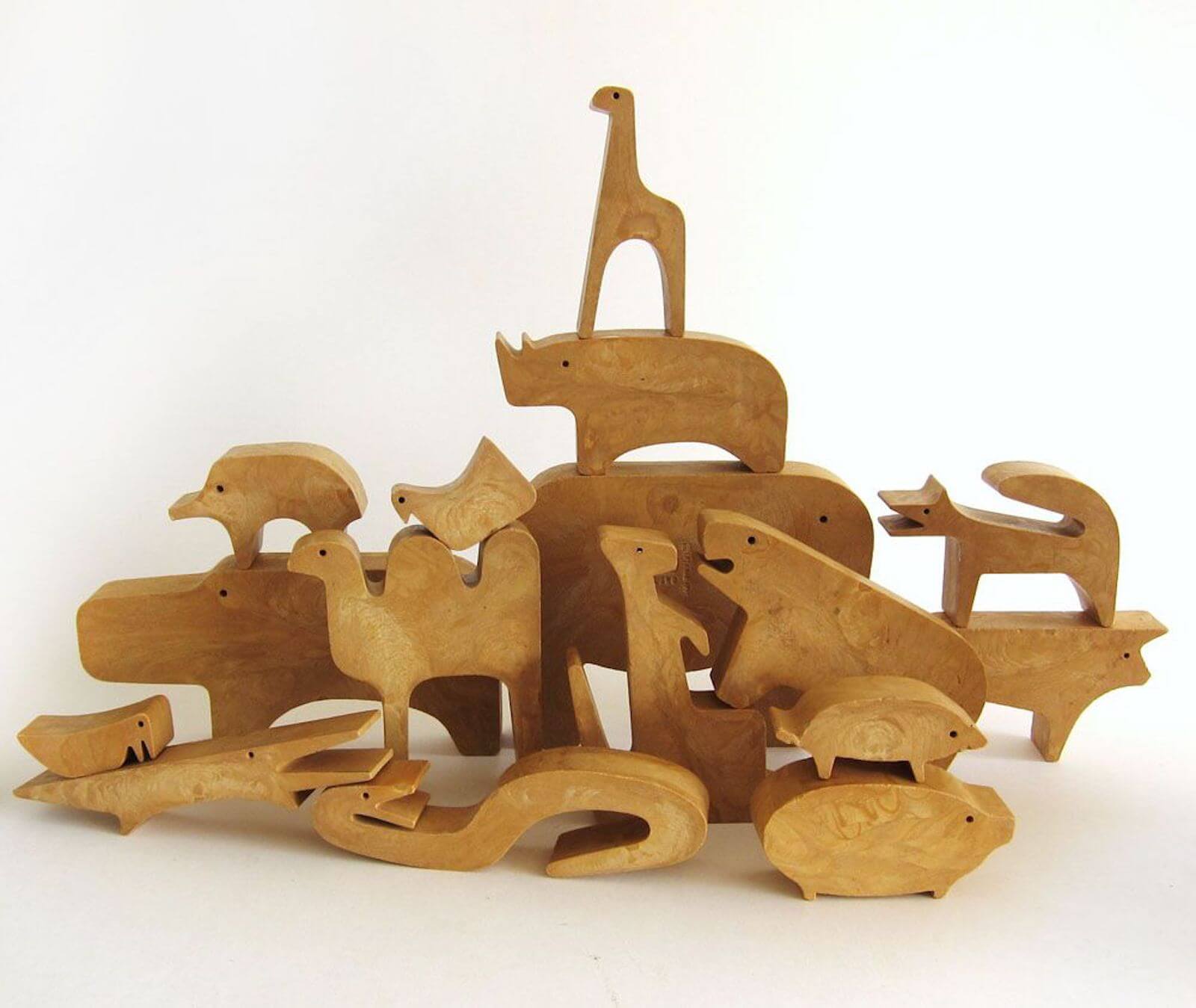 His sardonic perspective on design (one perhaps universally understood yet seldom expressed so honestly) belied what he felt was his inherent optimism. He was angry at the status quo because he actually believed that design could change the world. Even at the level of the object. “An object should, in some way, improve people,” he said. Speaking with Rodger, he explained, “People say the world can’t be changed, it’s heading this way, we must accept it. They are monstrously pessimistic to be speaking like that. They always accuse me of being pessimistic, but I’m the only optimist I know.”

This belief in the world-changing potential of design is practically a mantra today. But Mari, one of the first to question the environmental cost of commodity culture, wasn’t kidding around. Also in Why Write a Book on Enzo Mari: “We are destroying the world to make useless things. I would like to belong to a pantheist religion. I really understand the natives in a forest who dance to ask their god’s permission when they have to fell a tree to make a canoe. I only fell the tree if it is needed for a matter of life or death. I never climb to the top of a mountain, I always stop beforehand. I don’t want to take dirt everywhere. Today there is much talk of ecological design: the only ecological design I know is that of manufacturing fewer objects.” 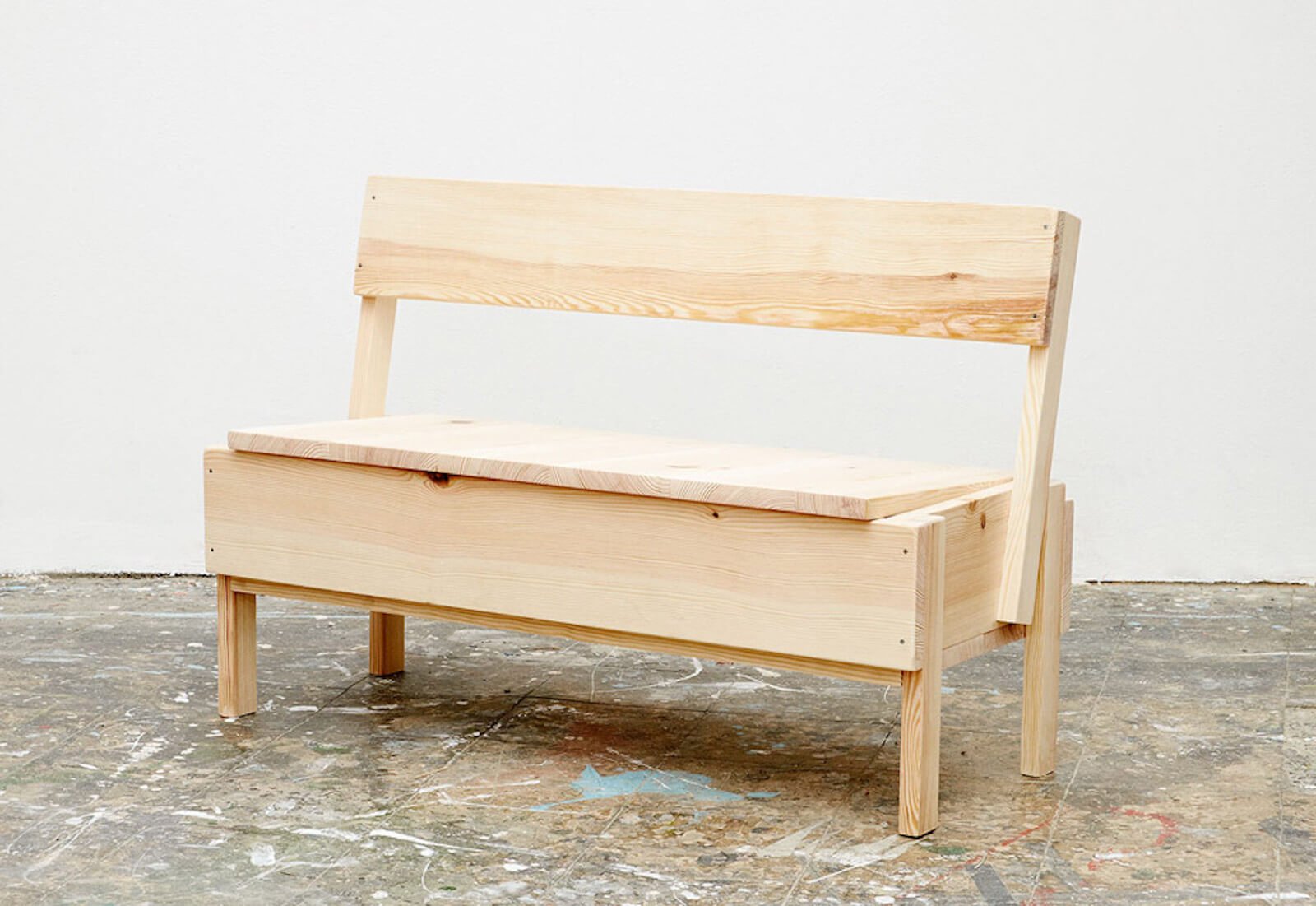 And so, in his work, he sought to eliminate all but the necessary. He challenged his manufacturers and critics and he invented new ways of approaching the paradox of being a designer of things in a world that has too much. In the midst of his career, Mari ideated one of his most enduring buon progetti: Autoprogettazione was “a project for the creation of furniture involving the simple assembly by the future users of rough planks and nails. An elementary technique enabling everyone to approach modern production with critical ability.” It became an ongoing pursuit: introduced to the world in the 1970s with a manual full of blueprints for 19 furnishings (from tables and chairs to a book shelf and a wardrobe) and relaunched by Artek in a series of kits of parts in 2010 at Spazio Rossana Orlandi. The reissue came complete with a video of Mari – ever the lover of process – getting on his knees to assemble a pine chair, the Sedia 1, of the purest form.

The Triennale Milano has just opened a retrospective of works by Mari, complemented by designs from those who greatly admired the purist, curated by Hans Ulrich Obrist and Francesca Giacomelli. It runs until April 18, 2021.

One of the great maestri of Italian design, Enzo Mari leaves behind a legacy of essential pieces and brave honesty.