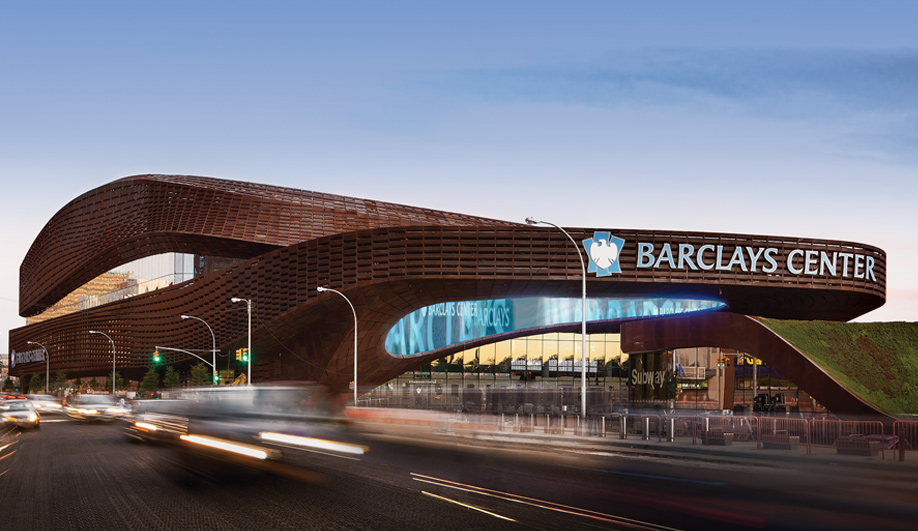 The facade consists of 12,000 weathered steel panels that were electronically tagged and assembled using an iPhone app. 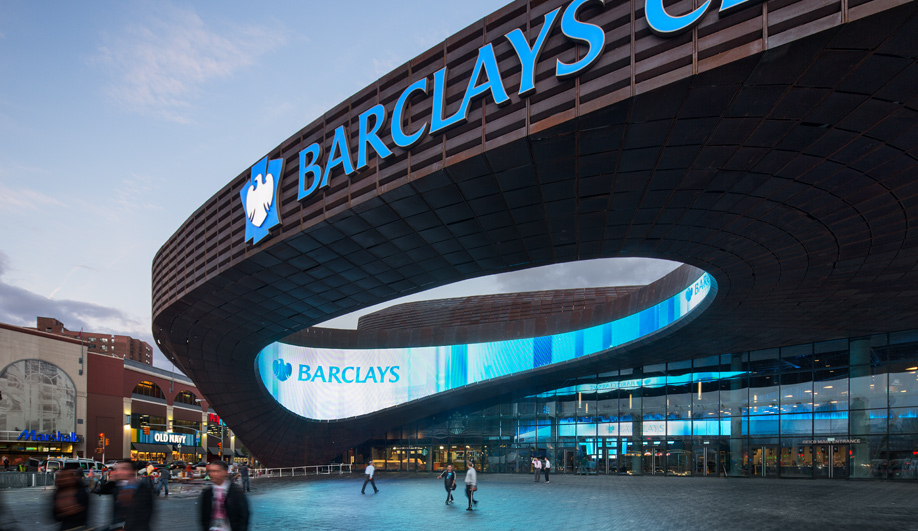 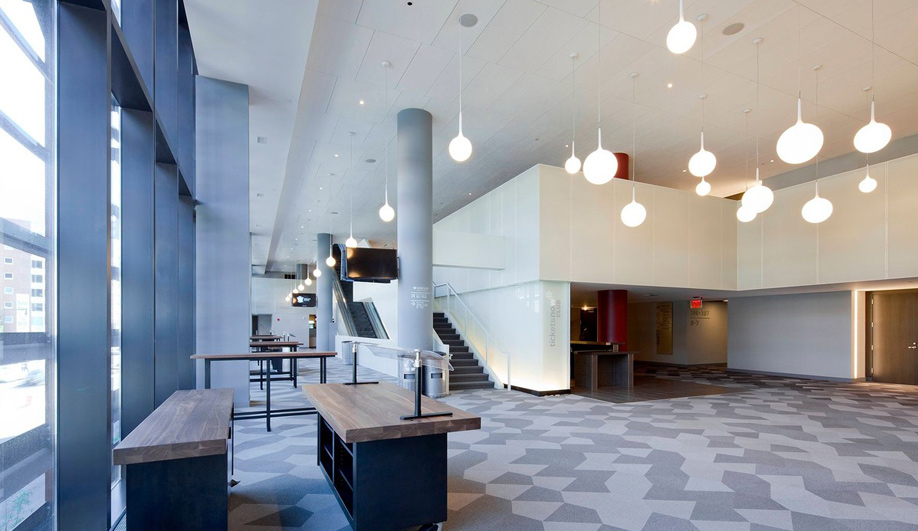 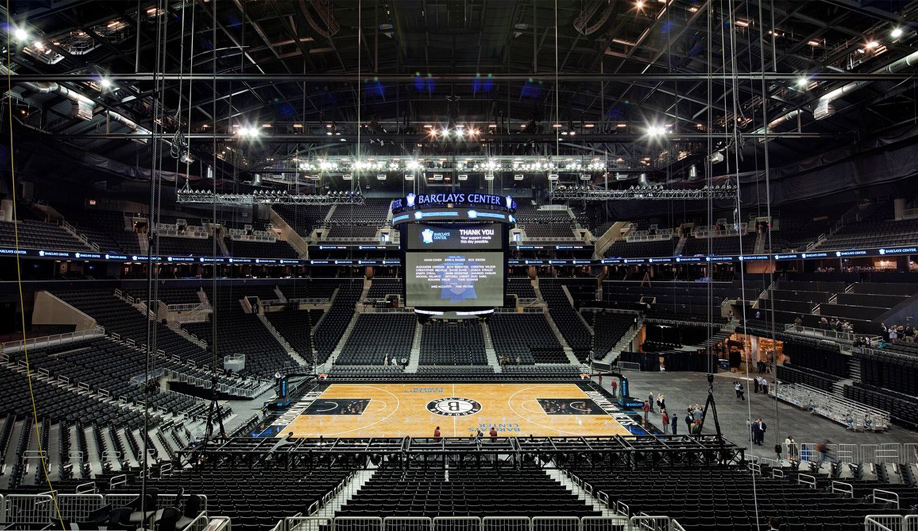 The saga of the Atlantic yards’ fitful starts and stops is well known. The 8.9-hectare development in Brooklyn began with Frank Gehry’s 2006 master plan; but in a money-saving move during the financial crisis, developer Bruce Ratner handed over the design of the site’s main attraction – the Barclays Center, an arena for the Brooklyn Nets (and, in 2015, the New York Islanders) – to Ellerbe Becket. The firm, a sports architecture giant, delivered a faceless, off-the-shelf box that further enraged community groups already incensed by the size of the development and the expropriation of private property that stood in its way. That’s when Ratner turned to SHoP Architects, asking the New York studio to devise a different exterior shape and facade for the venue, and to design the interiors of its clubs, restaurants and corridors. Immediately, SHoP saw an opportunity to do more than contribute a showy wrapper. “This project wasn’t just about designing an entertainment venue,” says partner Christopher Sharples. “It was about creating a new neighbourhood.”

Now complete, the 62,700-square-metre centrepiece of the still-nascent Atlantic Yards directly links to the intense urban environment that surrounds it. The low-lying coiled structure flows seamlessly into the city sidewalk, connecting to the green-roofed entrance of a transit hub with nine subway lines and commuter rail service. “The building has a remarkable repose, and it isn’t very vertical,” says Sharples. Because Ellerbe Becket sank the basketball court below grade, “we wanted to stretch the energy out and create civic gestures, like the canopy.” This expansive and outstanding oculus, wrapped in video screens, cantilevers 26 metres over an entrance plaza, making the building’s biggest, boldest gesture. Glass walls at street level allow passersby to peer in at the scoreboard above the court during games.

To combat the sense of a looming mass amid a neighbourhood of smaller buildings, SHoP broke down the exterior cladding into 12,000 pieces of water jet-cut steel, each with a different size and shape, and weathered them with collected rainwater so they looked several years old, even before installation. “This creates a scaled intimacy that plays with the colours and fenestration of windows in the neighbourhood,” says Sharples. The armoured, unabashedly raw building doesn’t exactly blend in, which has attracted the attention of both detractors and admirers. However, for such an imposing structure it succeeds surprisingly well, as a welcoming new destination and transit hub, and as an icon that reflects Brooklyn’s newly elevated status. It’s an encouraging start for this controversial development.