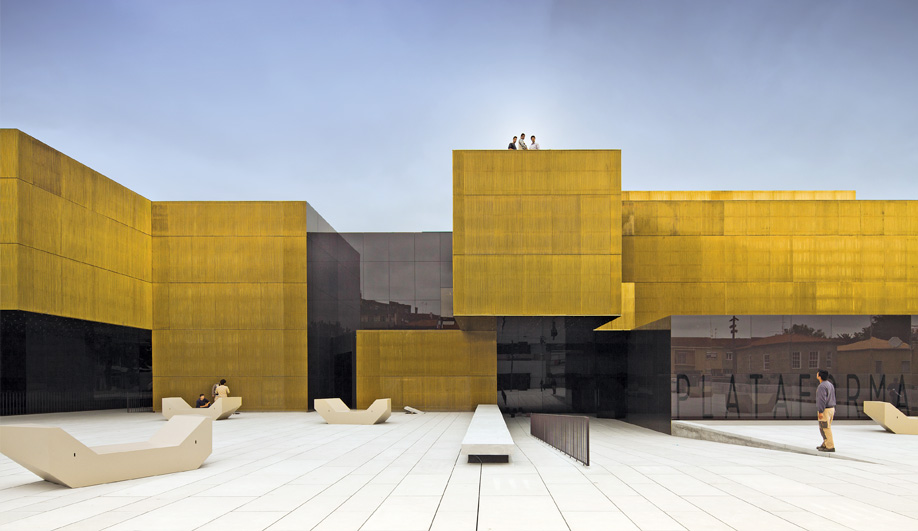 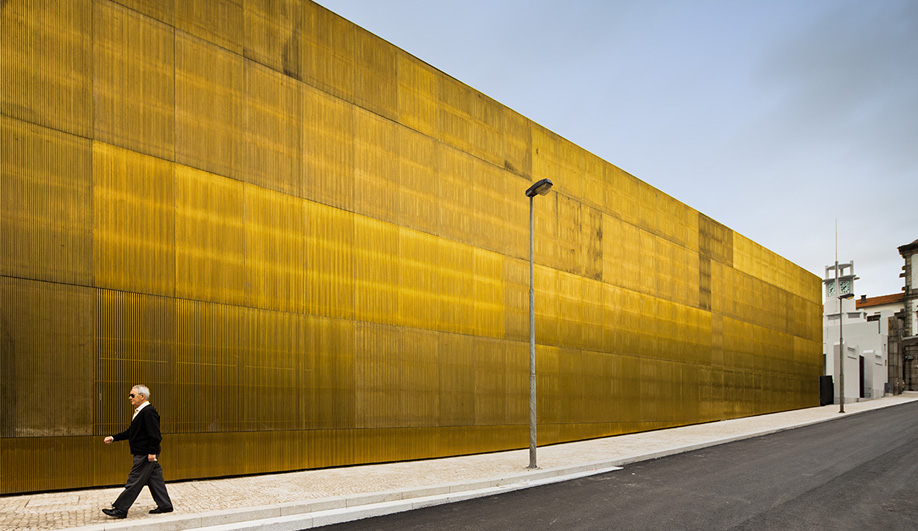 A view of the 15.6-metre-tall facade, which looms over a passerby. 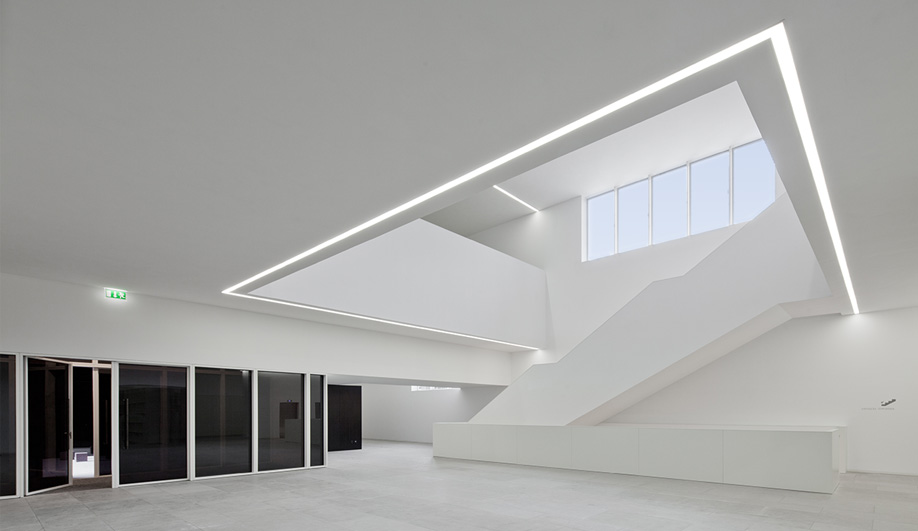 The centre’s crisp white interiors, such as the sculptural reception space, contrast with the exterior. 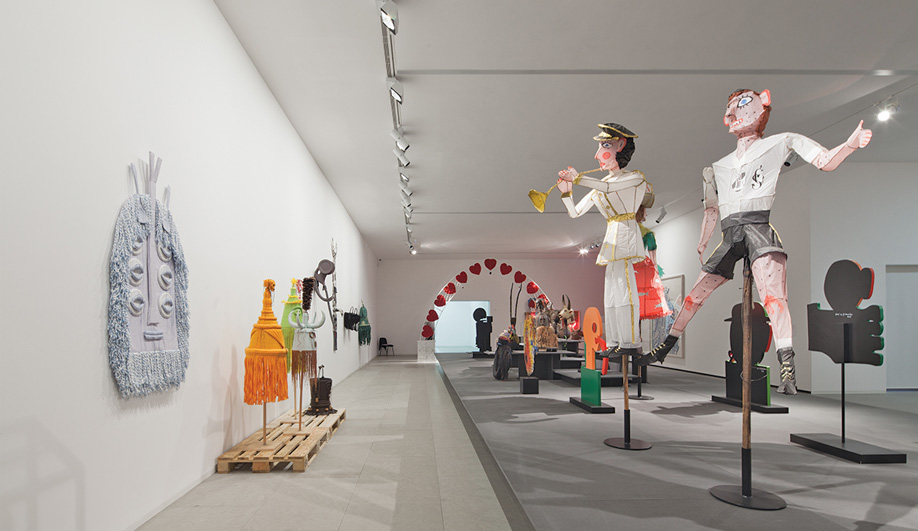 In Guimarães, the small town north of Porto where Portugal was founded 900 years ago, a massive new arts centre with an ostentatious facade has become a lightning rod. Opened in time to mark the city’s run as a 2012 European Capital of Culture, it serves as the centrepiece of the new Platform of Arts and Creativity, which incorporates creative labs and workshops in refurbished historical buildings. Yet it seems at odds with the present economic moment.

Sprawling over 13,000 square metres on the grounds of the old market, the new centre was designed pri­marily to house the paintings and sculptures of contemporary artist José de Guimarães. In contrast to his folk art figures rendered in rough materials, the building is a cubist composition of two boxes suspended over a square paved in concrete slabs and populated with angular, moveable polysterene benches. Raul Roque of Pitágoras Arquitectos, which designed the project, says, “It was done very fast, within six months. The works were complex, with large volumes of excavation. But in the end, everything went well.” Standing before the 15.6-metre-tall facade, visitors might suddenly be made aware of their own lightness. If the structure is majestic, the cladding in chromatized glass and thousands of thin brass profiles provides a sense of scale, detail and craftsmanship.

Inside, it’s all cool white and grey. You enter the building via a ramp below one of the suspended boxes, and find yourself in a spacious atrium with a reception area, a shop, and access to administration and the main stairs. On the upper floor, an overwhelming 11 exhibition rooms (designed by [A]Ainda Arquitectura) are given over to de Guimarães’s artworks and inspirations, including 500 pieces from his private collection of pre-Columbian, African and Chinese pieces, which he gathered over 50 years. The lower floor houses a temporary exhibit room and a performance space, with art storage, work-
shops, warehouses and parking underground.

Despite the centre’s exceptional nature, the architects stress the overall picture. Roque says, “The Platform should be understood at the level of the city.” Yet most detractors focus on the fact the centre, which cost 16.6 million euros, broke ground during the economic crisis; with cuts to cultural funding, opposition politicians predict that it will lose one million euros a year. But its ultimate success will be its long-term impact on this city with a long memory.