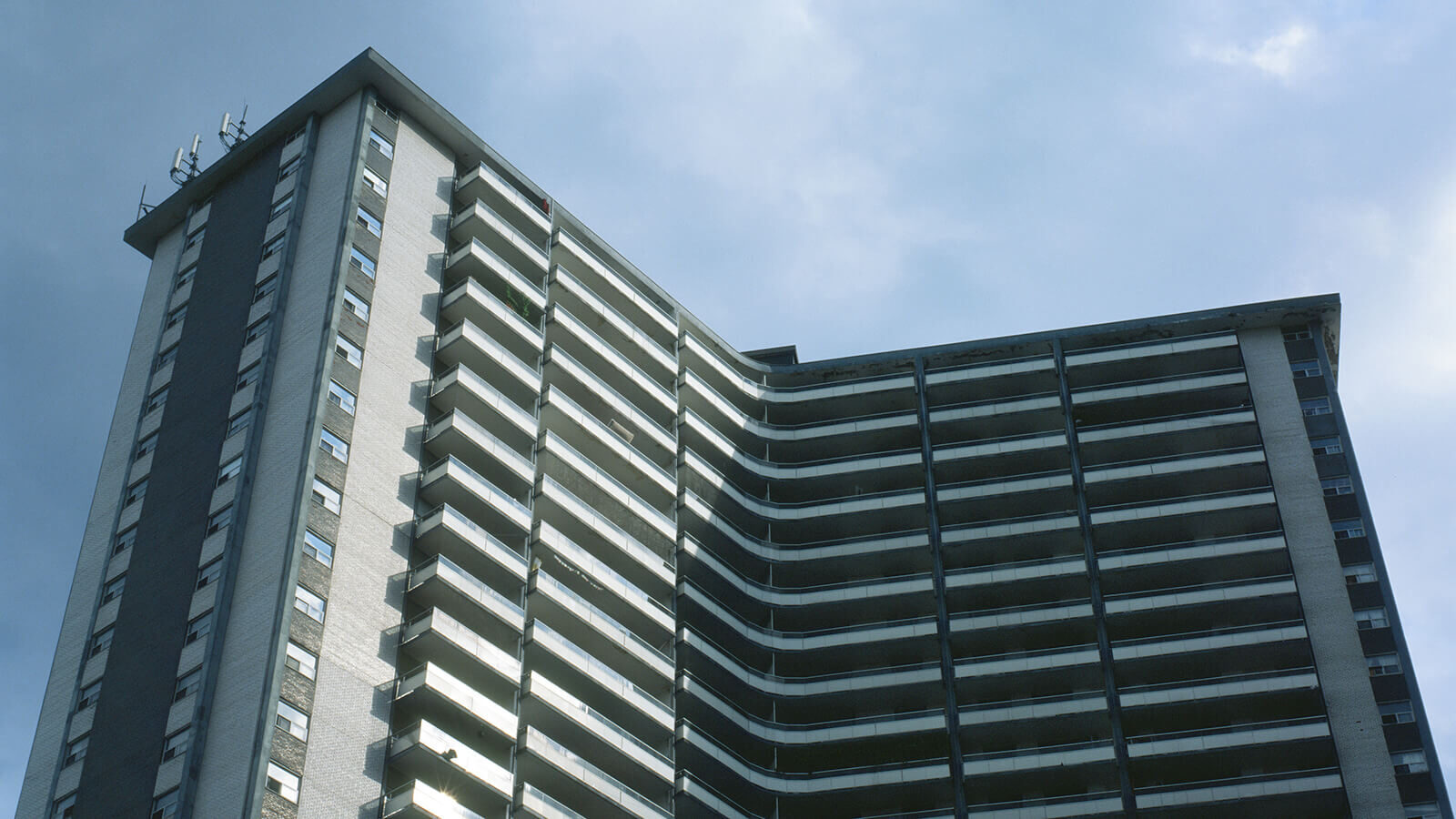 The Heart of Toronto: On St. James Town and Rental Housing

“Fundamentally, what we need to talk about is what we don’t talk about enough at this council… homeowners’ rights.” Speaking against a recent proposal to legalize rooming houses, Toronto City councillor and Deputy Mayor Denzil Minnan-Wong’s October comments laid bare a stark civic divide. As the City considered expanding housing options, the Ward 16 councillor instead championed the “people who invest in this city and who live in stable residential neighbourhoods, the people that pay the taxes in this city.”

This type of anti-renter, anti-apartment sentiment is nothing new. In 1912, the Toronto City Council passed Bylaw 6061, banning all apartment houses in residential neighbourhoods. The initiative was openly class- and race-based: One of the most vocal opponents of apartment buildings at the time was Sam McBride, a two-time Mayor of Toronto who referred to such buildings as “breeders of slums,” “places where people [are] afraid to bring children into the world,” and “the greatest cause of race suicide.”

Today, low-rise, owner-occupied residential neighbourhoods still dominate Toronto’s — and Canada’s — political culture. As the realities of the housing and climate crises render the development of dense, affordable rental increasingly imperative, even the slightest progress is made grudgingly, if at all. Already a decade in the works, the ongoing initiative for rooming house legalization was pushed back to 2022, a consequence of the NIMBYism reflected in Minnan-Wong’s comments. And if history is any guide, the city’s planning department’s recently published report calling for modest reform to single-family zoning is likely to face similarly acrimonious pushback. 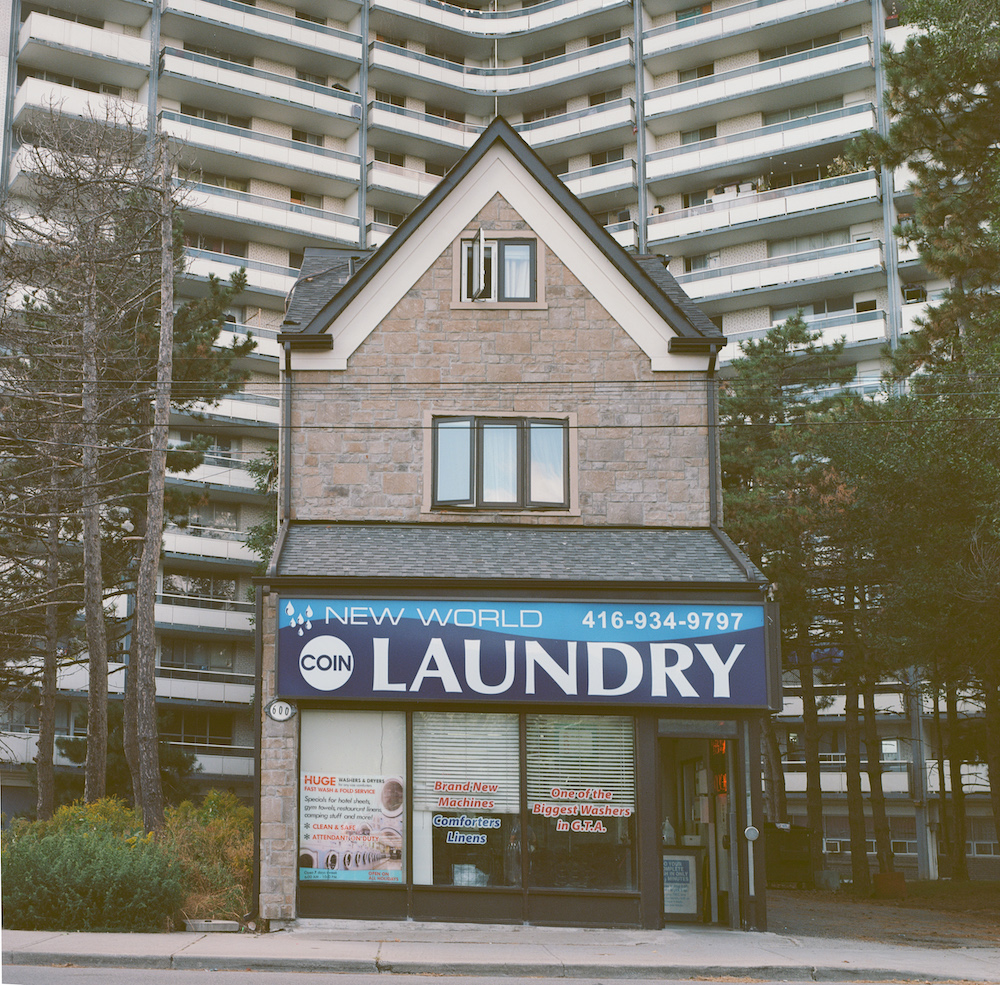 But the political landscape offers a painfully skewed reflection of the city it ostensibly represents. As Shawn Micallef pointed out in response to Minnan-Wong’s recent comments, approximately 47 per cent of Torontonians rent, and the majority of them live in apartments. What’s more, tenants contribute more than their share of property taxes, which are baked into rents. In fact, in Ontario they pay taxes at a rate that’s 2.5 times higher than homeowners, the largest such disparity in North America. And for all that, affordable apartment stock — which for decades has provided a solid footing for new immigrants, the working poor and racialized Torontonians — is increasingly scarce, and the realities of renting remain on the cultural margins.

Canada’s most densely populated neighbourhood starkly embodies this divide. A cluster of high-rise apartment towers in the northeast corner of Toronto’s downtown, St. James Town is home to 8,605 households of renters, who make up 90 per cent of the residents. As a population hub (and a haven for new immigrants), it’s arguably the heart of the city. But the area has been mythologized — by urban reformers, politicians and anti-development activists — as unsafe and unwelcoming and derided as a quintessential failure of mid-century tower development. An evergreen indictment of living conditions helps fuel a culture that prioritizes home ownership — and homeowners — as a social and political goal. 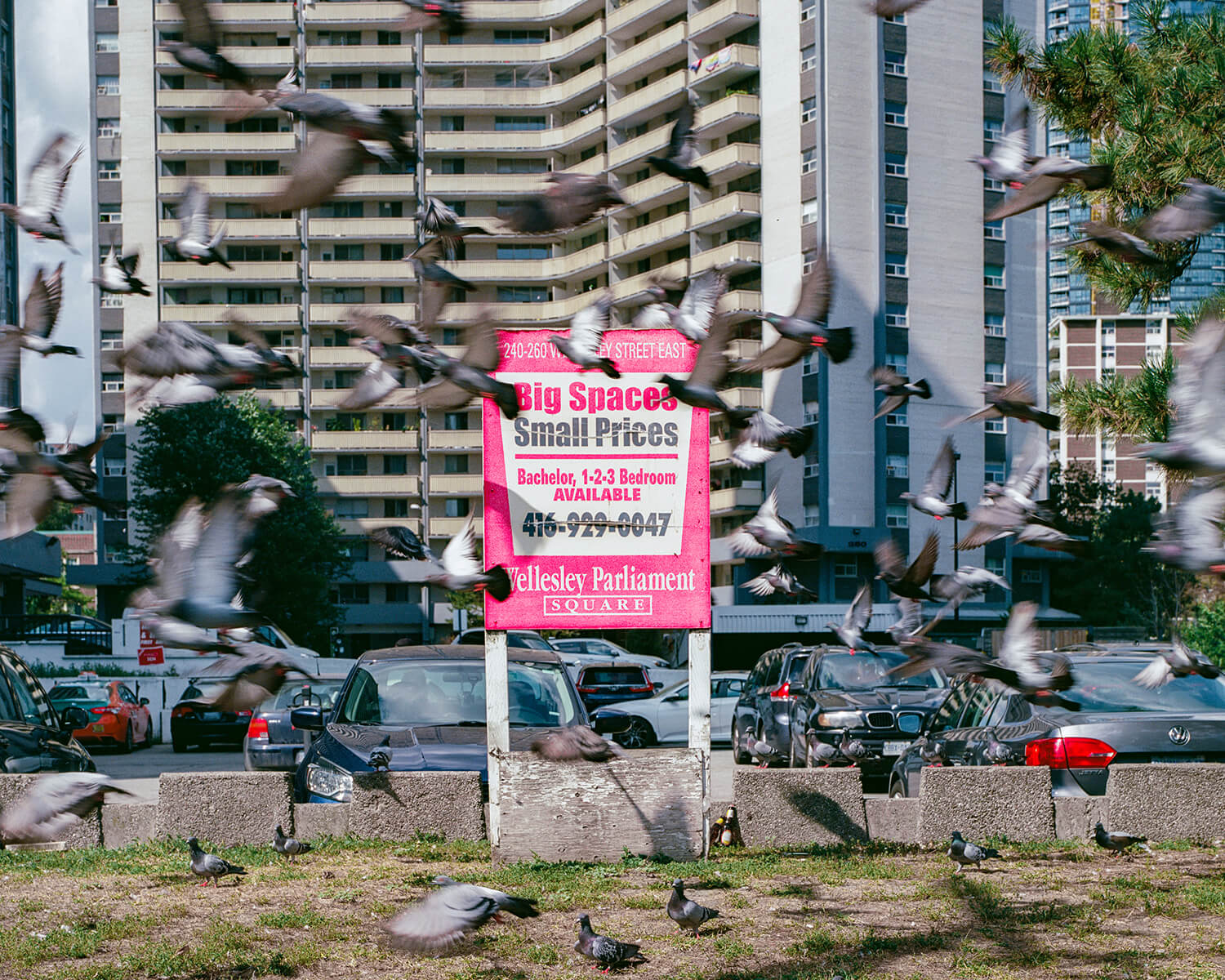 The narratives that define public perception of St. James Town — and neighbourhoods like it — are rarely shaped by actual residents. Last summer, I spoke with Guido Gutiérrez Ruiz, a longtime St. James Town resident who lived in the neighbourhood for almost 25 years. I first met Gutiérrez Ruiz at a bookstore near his former home; he was looking for books about tall buildings, and I had enough of a background in architecture to make a few suggestions. He mentioned he grew up St. James Town and lived there until recently. (He now lives in Spain and works as a social media manager, but returns to Toronto often to visit family.)

My interview with Gutiérrez Ruiz cannot stand for the experiences of all tenants, but I hope it can help counter the narrative that the cultural and economic contributions of the city’s renters and apartment dwellers are insignificant. His story and the story of his family highlight St. James Town’s cultural vibrancy — and the role that a robust and affordable rental market has historically played in equalizing opportunities for Torontonians.

Sebastián López Cardozo: To start with, tell us a little bit about yourself and your relationship to Toronto’s St. James Town. How long did you live there?

My parents moved to St. James Town in the mid-1970s from Spain — my uncle was already living there since the late sixties. When it was built, as my uncle used to tell us, St. James Town was made to appeal to middle class and urban-oriented families. My uncle was one of the first tenants, and according to his stories, public perception toward it was very different from what it is today. It was considered very luxurious at the time, with glass balconies, large indoor and outdoor pools, tennis courts. It even had individual mailboxes beside each apartment door, which is quite rare in newer apartments where all the mailboxes are grouped together on the ground floor. To this day, mail is delivered door by door in the St. James Town buildings. 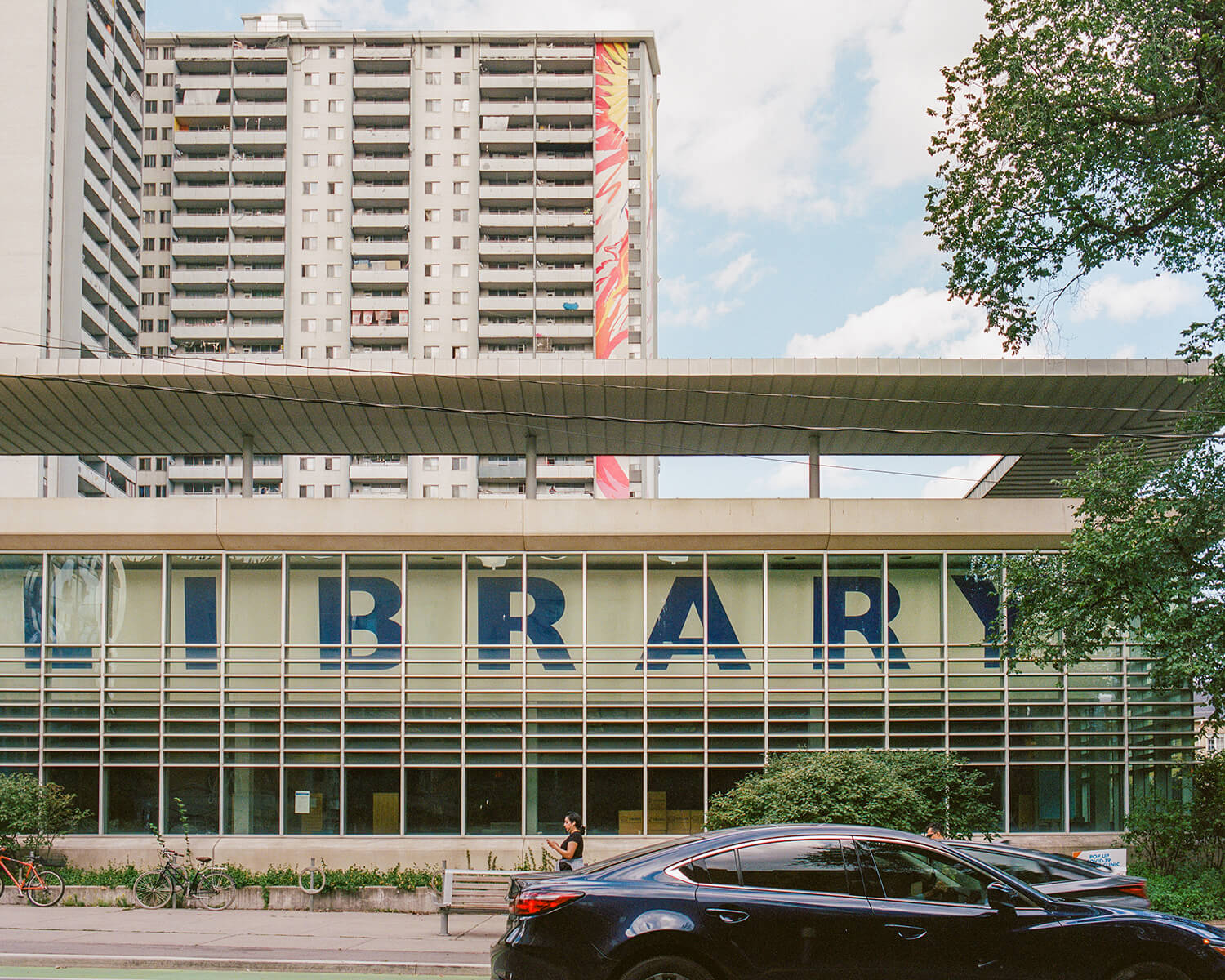 I lived in St. James Town for almost 25 years, from 1989 until 2013, essentially spending all my childhood, teenage years and early adulthood there. It has been a big part of my life. My family stayed there until 2019, and recently moved out to another part of the city.

What was it like growing up there? Was it a comfortable familial environment? Did you know your neighbours?

When I think about growing up there, I think about a fun and diverse upbringing; I was a happy child. I went to elementary school in Cabbagetown, an old neighbourhood right next to St. James Town. All my friends from school lived in different buildings from the St. James Town complex; we were all from different parts of the world. I think in a way growing up there really taught me from an early age to appreciate diversity. Everyone brought with them their own cultures, foods, languages and more. 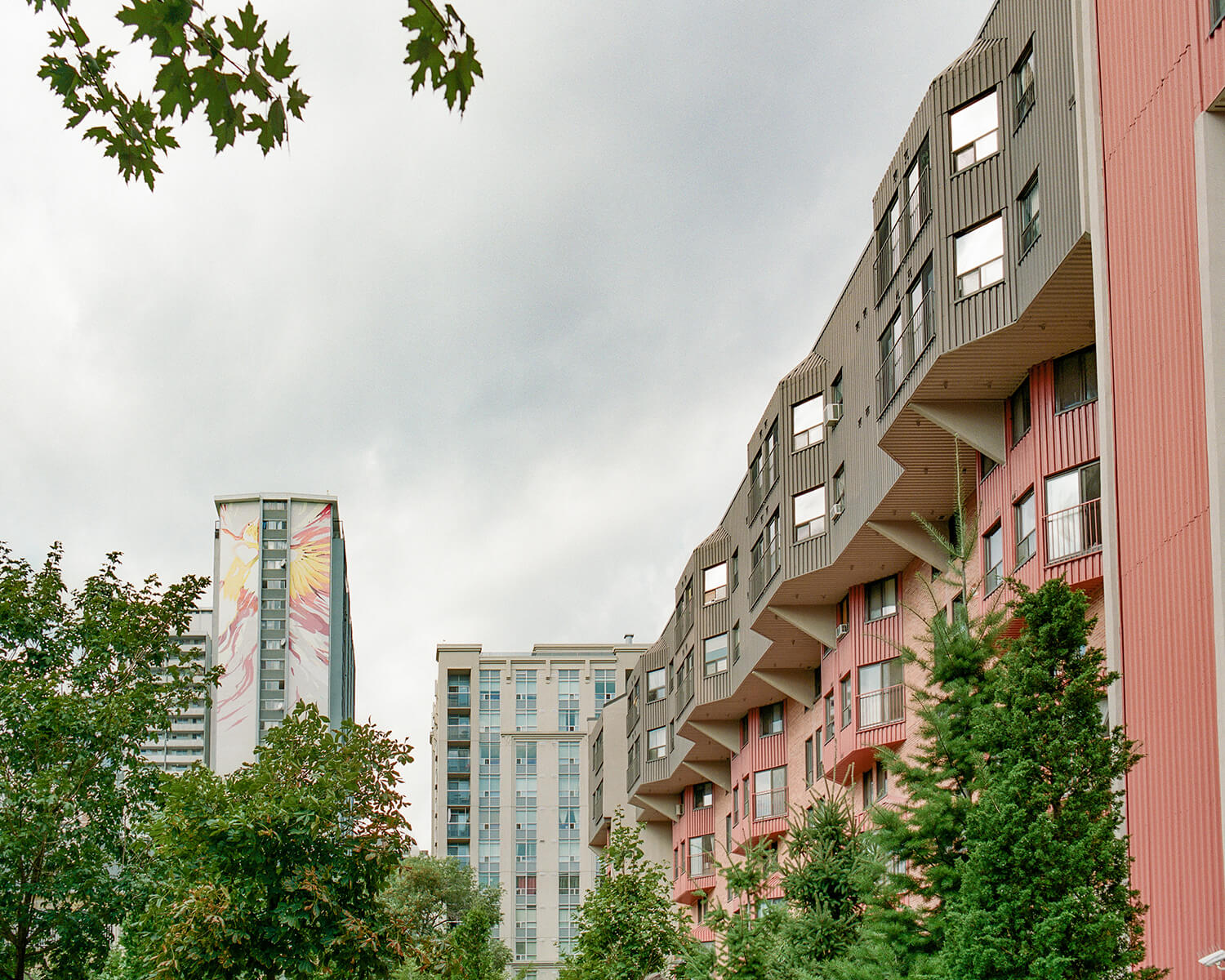 In a way, it was our playground; if we weren’t at a friend’s apartment, we were in the hallways of the buildings or in the green areas in the middle of the neighbourhood. We never felt unsafe, and I don’t think our parents worried much either. For us, growing up, it always felt like a friendly environment.

Are many of the people you grew up with still living in St. James Town, or did they move out?

It was common that people cycled through every two to five years. People moved in, saved up and moved out. Many of the friends I grew up with left by the time I was in high school. Until recently, the rent was relatively affordable for the city, and being close to transit, you could also save by not having to own a car. So I think the appeal of St. James Town to many of the people I knew who lived there is that it’s a place that doesn’t just eat up your entire income. You could live comfortably and save up.

Most of my friends later moved to the suburbs and bought a home with their savings. But for the most part, nobody I knew ended up moving to a different neighbourhood within the city itself. It’s just too expensive now, even for middle-income people. 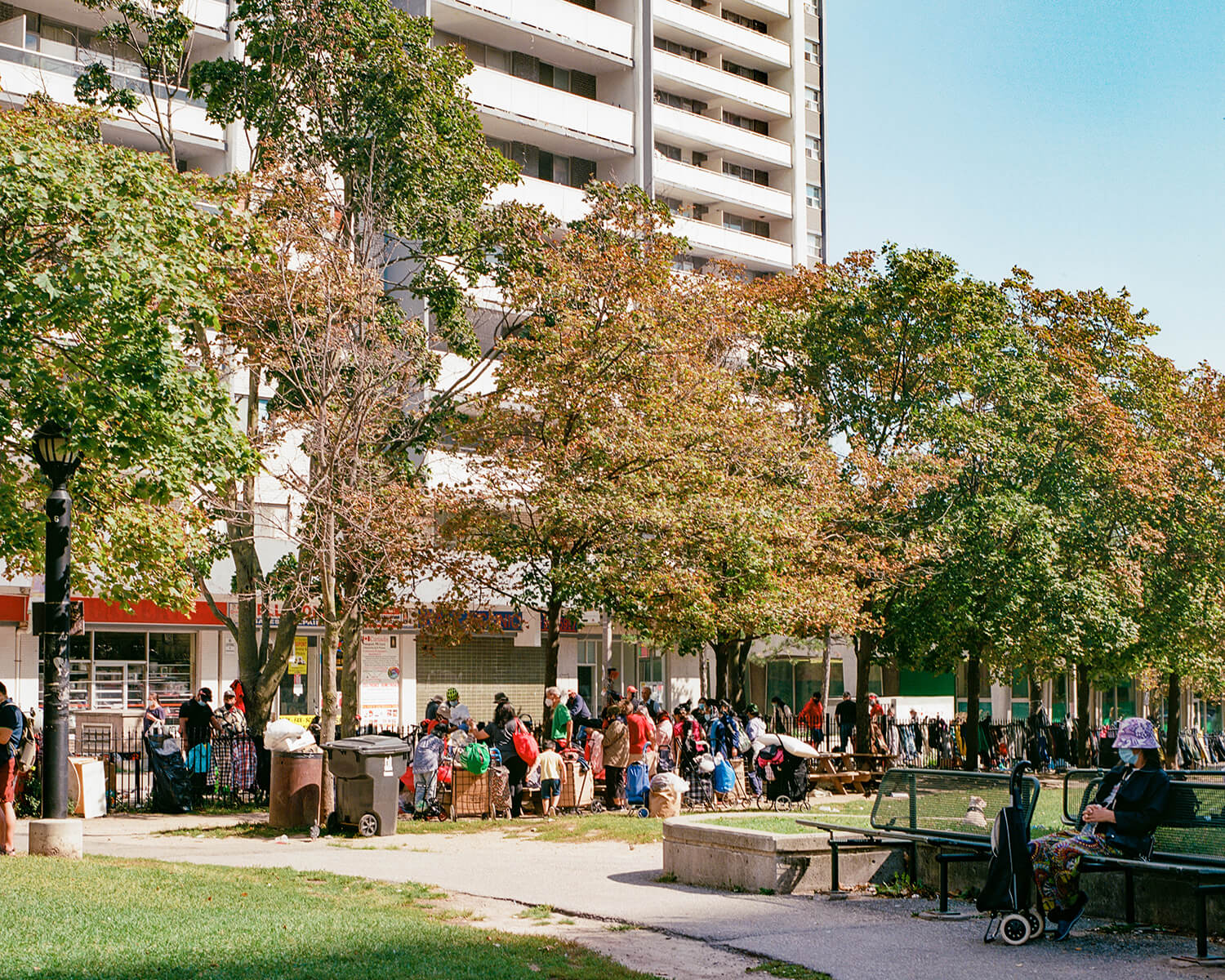 There were, throughout the years, some tensions within the neighbourhood when it came to the private rental buildings and the government-owned buildings. Of course, not everything was perfect, but it is not perfect in any neighbourhood. Things could have been better for everyone. But for people starting a life in a new country, it think it provided a good, solid footing.

It is my understanding from our previous informal conversations that you have a special appreciation for tower living. How would you say that living in St. James Town has shaped your ideas about high-rise living?

I love tall buildings, and growing up in such a diverse and dense neighbourhood makes you appreciate the benefits that that density brings. If the city works as it should, a greater population leads to more commerce, infrastructure and public spaces. Growing up, we had most things we needed nearby: grocery stores, pharmacies, a subway station, parks, and even a hospital (Wellesley Hospital, which was torn down and replaced by a retirement home). So, the actual shape of the buildings — tall towers — didn’t seem all that bad. I mean, it was actually great. 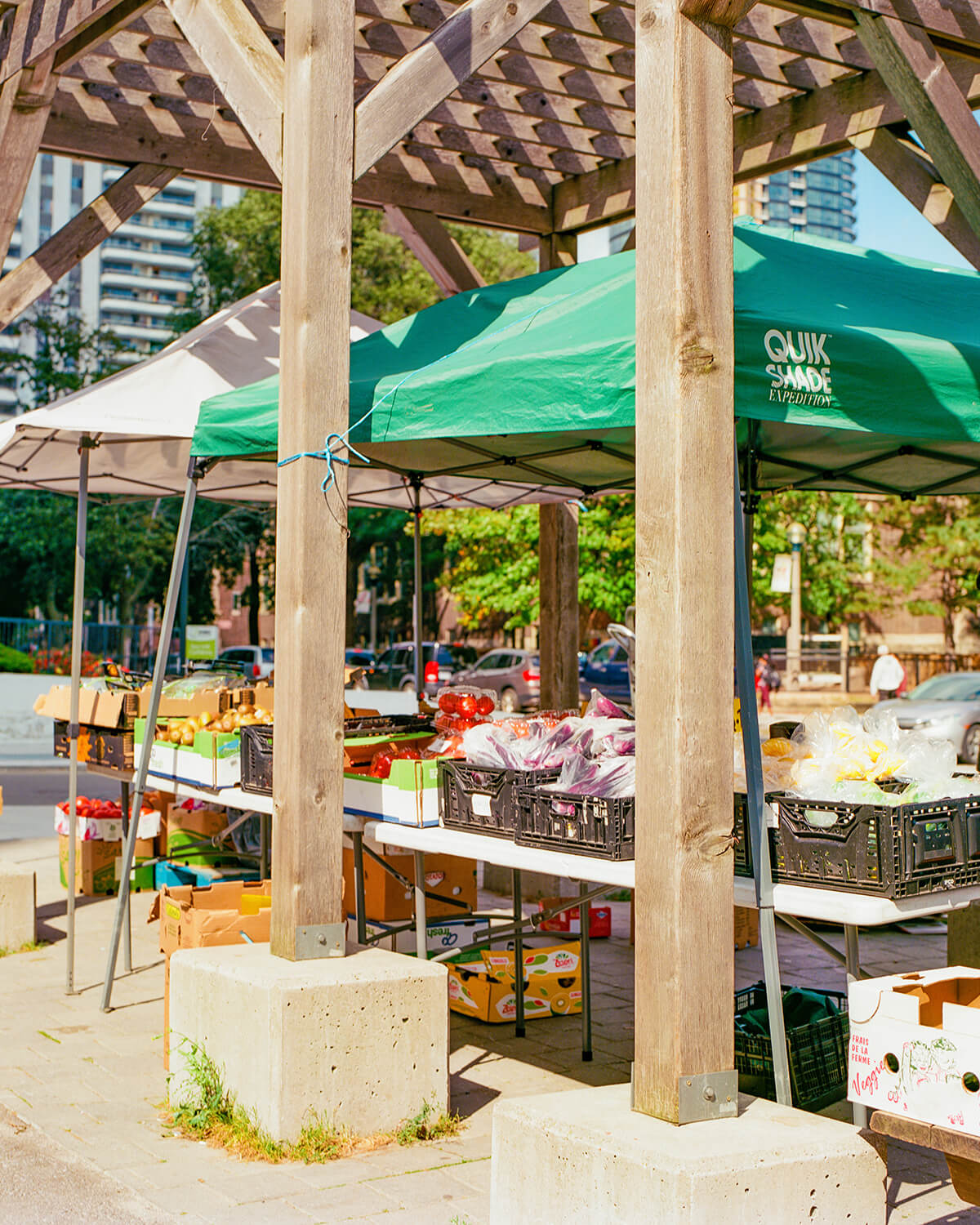 What made the St. James Town apartments so livable was their size and their access to light. A lot of the new high-rise developments have these tiny tube-like apartments, with light coming from the short end only. My family and I lived in a three-bedroom apartment. The bedroom I was in, which was the smallest one, is probably the same size as you would get from a master bedroom in a new condo building. What I also liked is the way the apartments were designed. Most of the rooms have views and access to light.

The St. James Town model would be a great one for future areas of development if it wasn’t for the chronic lack of maintenance and upkeep. That has been one of its major flaws.

As someone who spent a lot of time in this neighbourhood and has deep roots and connections to it, what would you like to see as the future for it?

Fixing up and maintaining the apartments — and expanding rent control. I would say that’s all it would take. I think it’s already pretty great. 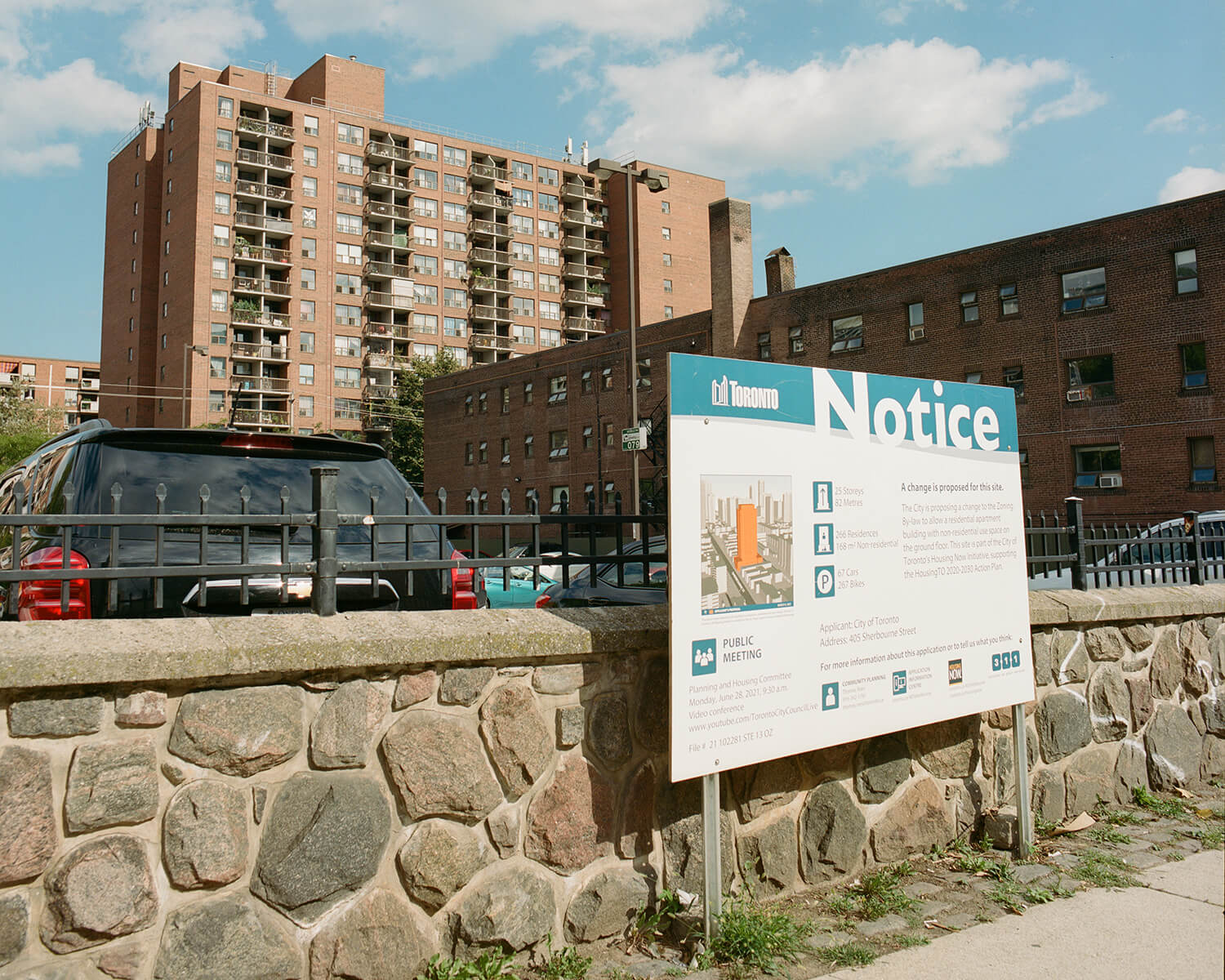 In terms of what is happening now, there are many new condominium towers being built around St. James Town. This is having positive and negative effects in the neighbourhood. The negative effects are that local rents have started to go up pretty quickly, so this of course will lead to displacement. The positive effects include an increase in investment in the neighbourhood, which hopefully means more maintenance, better amenities. But who will get to enjoy those new improvements is uncertain.