The House That Snaps Together
Bone Structure, based in Laval, Quebec, has brought its patented construction to Ontario, with a model home going up in Caledon. Founder Marc Bovet shares how his company is revolutionizing the home construction biz. 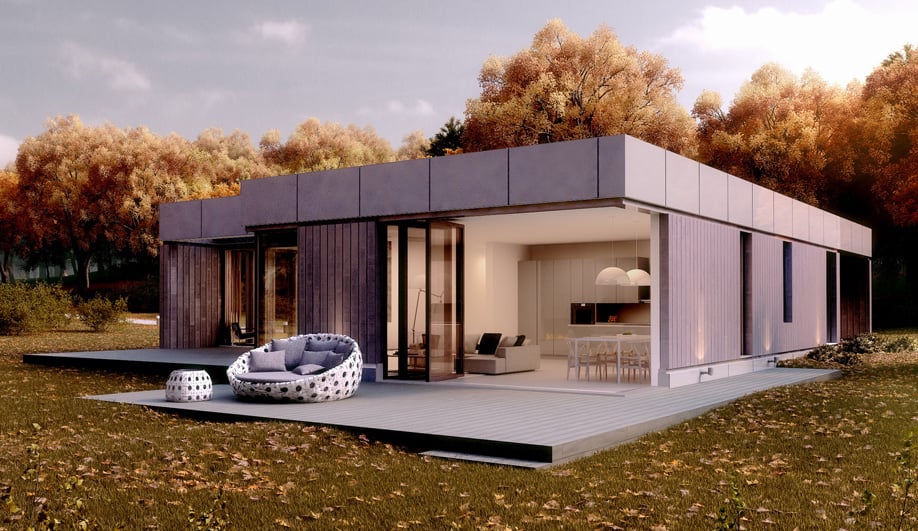 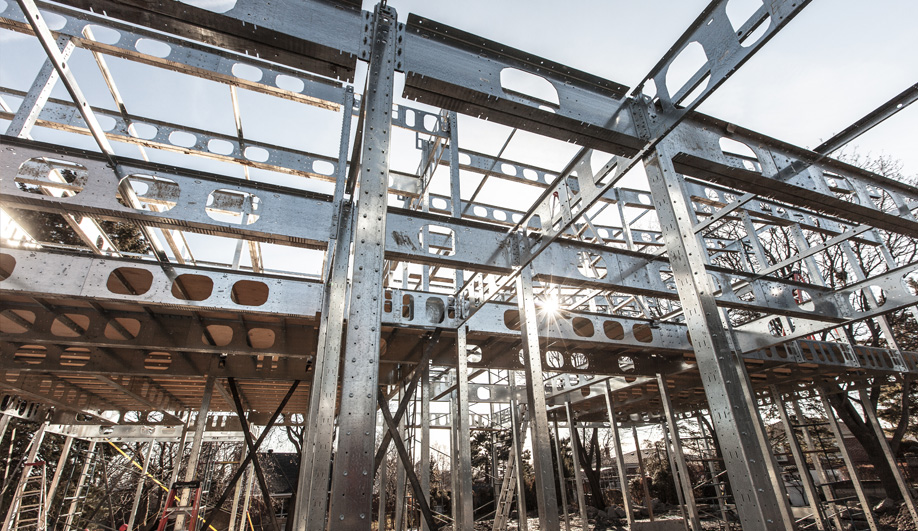 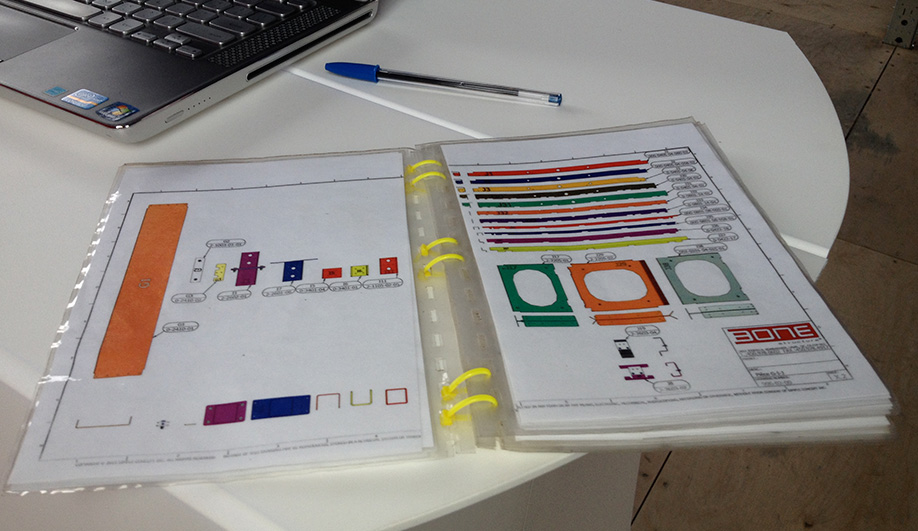 The building manual uses images without text to describe how the house is assembled. 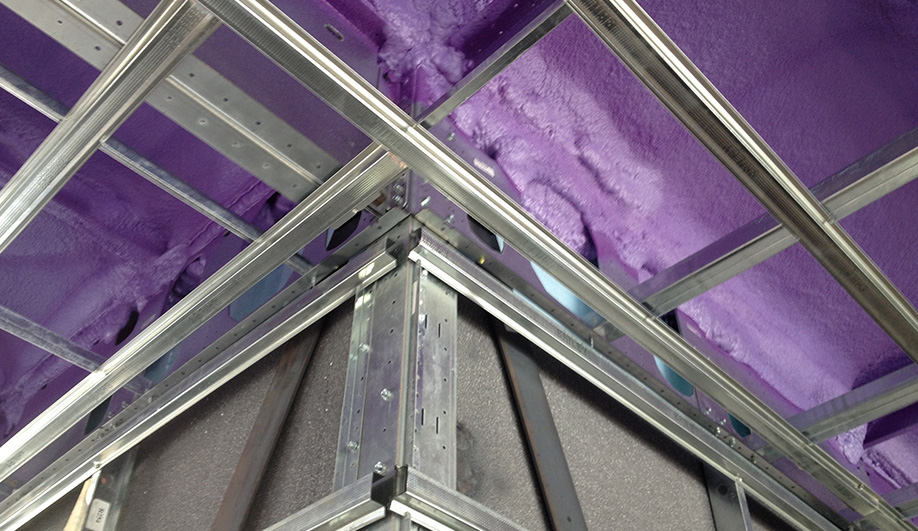 Bone Structure uses a patented system of light-weight steel components that fit together without the need for cutting or nailing. 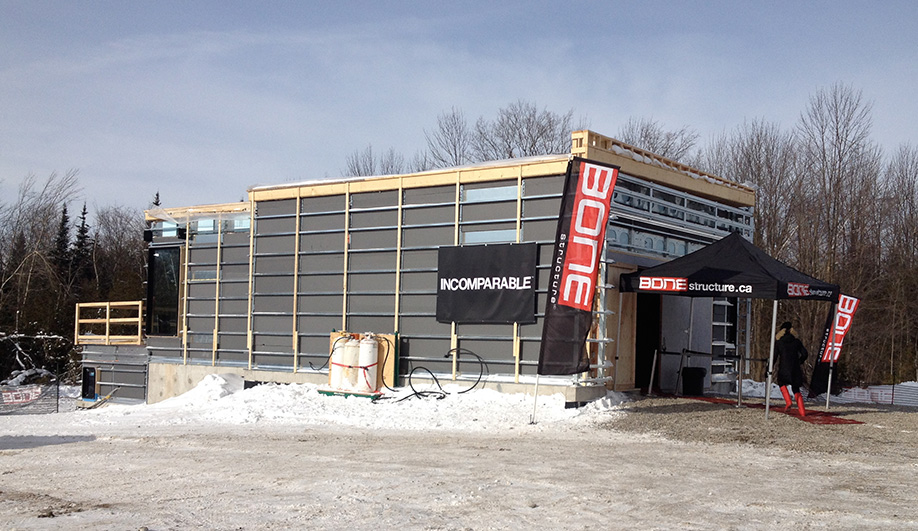 The first Bone Structure house to be built in Ontario, is now underway in Caledon.

Flat roofs, sunshading overhangs and fully glazed facades are some of the features that define a Bone Structure house. While many prefabs share similar attributes, what sets Bone houses apart is how they are built – without the need to cut, drill, or hammer in nails. A kit of parts, the entire steel-frame structure screws and snaps together like a Mecanno set in just a matter of days.

Its design is based on a patented system of lightweight components that form the walls and floor joists. The exterior walls and roof are then encased in a thermal layer of soya-based polyurethane foam, and windows are added where desired.

There are many pros to this snap-in-place design. The structure isn’t vulnerable to warping and rotting in the same way a wood-frame house is. And with its hermetic encasement, there is little chance of energy-wasting cracks or leaks forming. The green construction of these flat-topped structures is equally appealing. Because the materials are pre-cut, there is zero onsite waste, and building crews only need bring electric drills to work.

During a recent visit to Caledon, Ontario, where a model home is now underway, company owner and entrepreneur Marc Bovet showed me the builder’s manual. Just a few pages long, it looks a lot like the assembly brochures Ikea is famous for – a universal language of descriptive pictures and no words. “Construction workers really enjoy building these houses because they’re like big toys,” says Bovet, who founded Bone Structure in 2005, after a nightmarish experience having his own house built in Montreal. Stressful delays, cost overruns, and poor communication between workers and contractors, among other things, had him wondering if there was a better way to build.

“I’m not an architect or a designer,” he says. In fact, his previous careers, which include art dealing, running a chain of menswear stores and working in marketing for Bombardier, seem out of step for his latest venture. But Bovet see his lack of experience in the industry as an advantage. “People will do things one way because that is how they have always done it. They won’t question things,” he says.

Without preconceptions, it’s much easier to find original solutions to old problems. One example of this can be found in how Bone Structure installs electrical sockets with angular precision. The usual method of screwing the casing into wood joints, which often ends up causing misalignments, is avoided by hooking the box into place on the top of a horizontal joist.

Bovet has been busy patenting his snap-together concept in dozens of countries with the aim of making Bone Structure a standard for house construction worldwide. He is now rolling out model homes across Canada, with showcase homes going up in Calgary, Edmonton and Kelowna, B.C., in March.