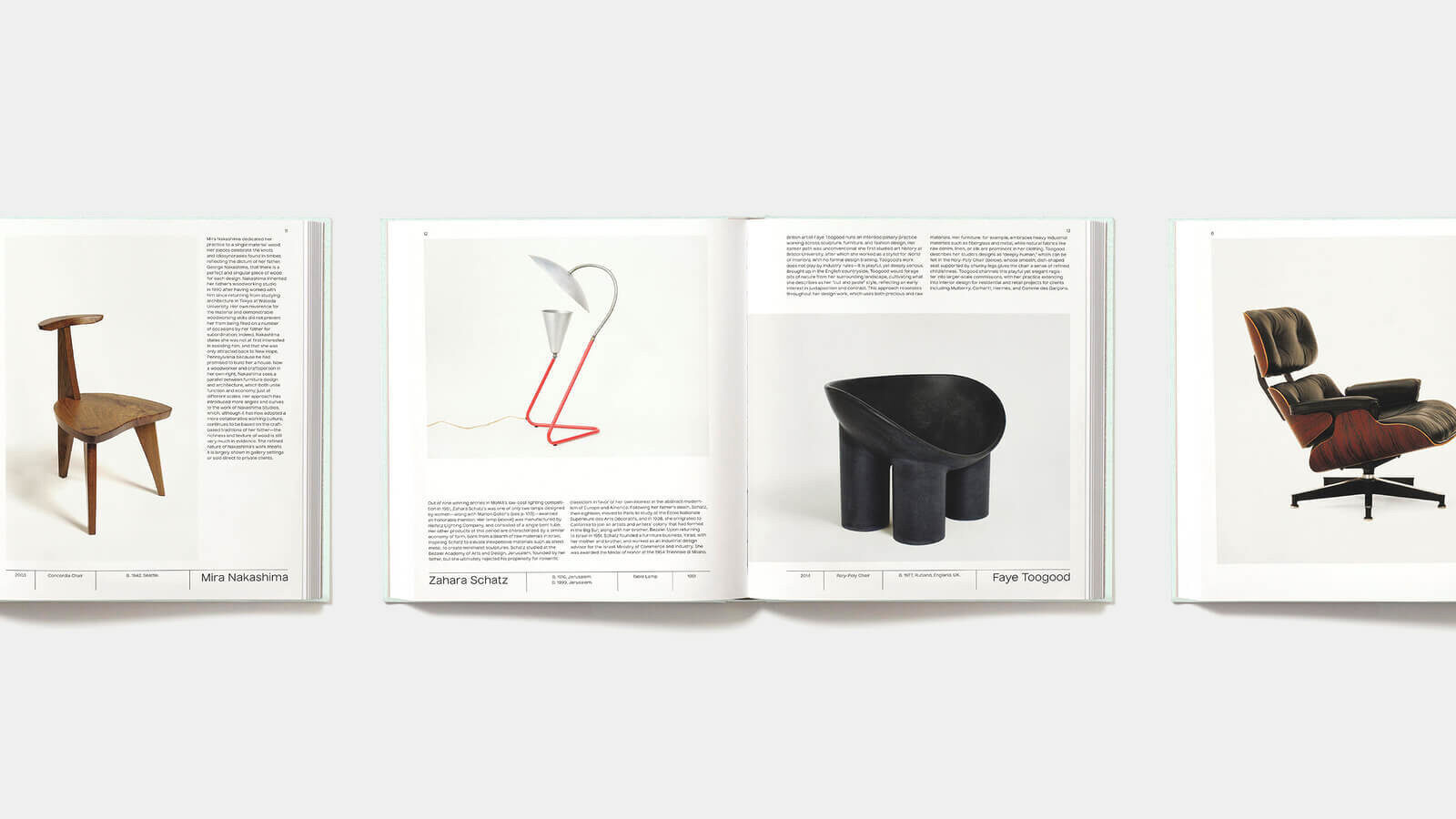 The Latest Summer Reads for Architecture and Design Lovers

From landmark monographs to thought-provoking inquiries, these new releases explore every aspect of the design world.

Bathing in public. Iconic designs by iconic women. Evolving curatorial practice. This summer’s cohort of publications taps into almost every aspect of the design world. It’s no surprise, then, that they caught the eye of Azure‘s editors. Whether on the beach, in a park or escaping the heat next to your air conditioner, these are our favourite newly released tomes set to keep you enthralled all season long.

1
The Architecture of Bathing: Body, Landscape, Art by Christie Pearson 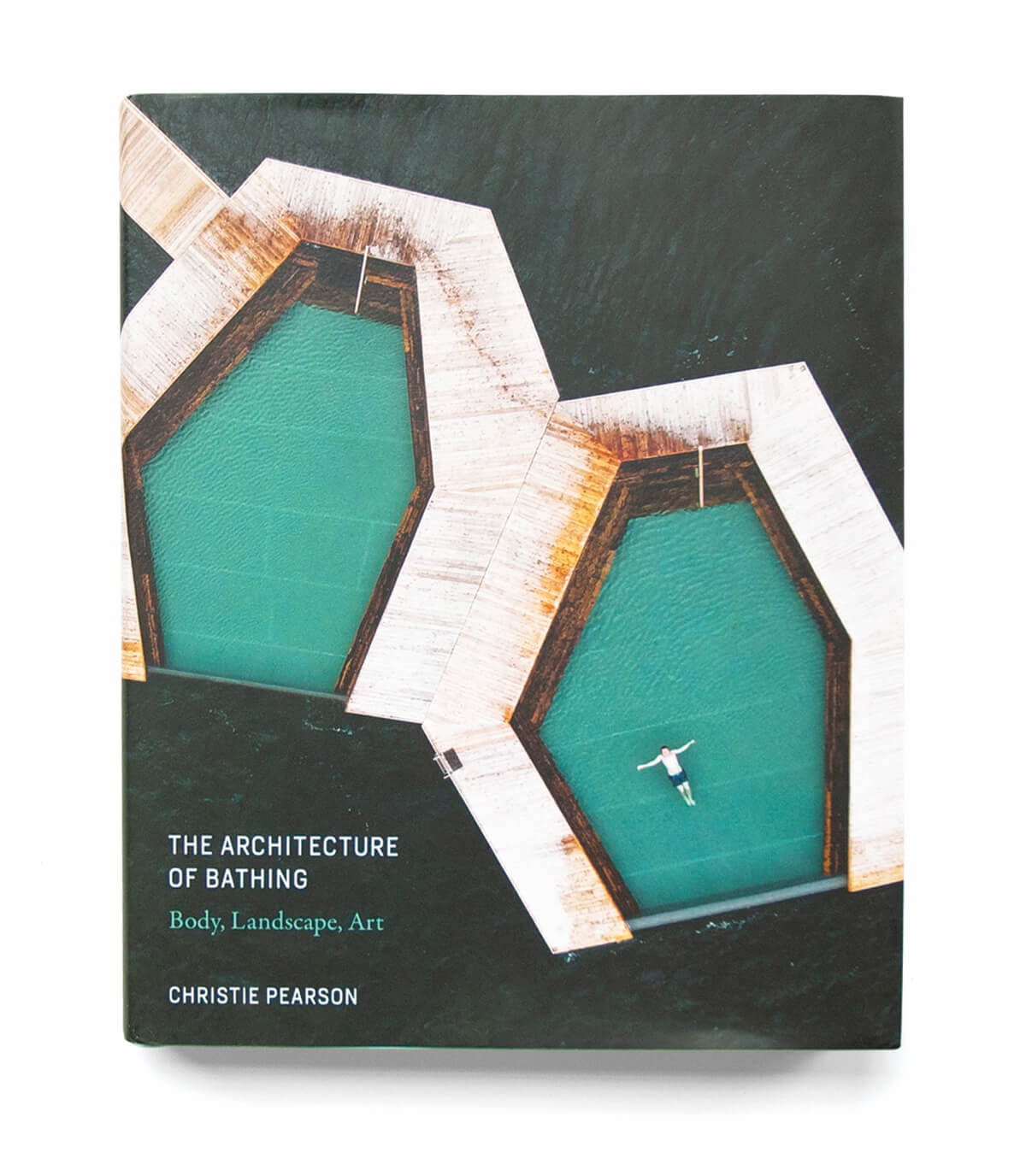 “In the public pool or sauna, we experience directly a theater of living relations at once economic, sexual, ecological, political,” writes Christie Pearson in The Architecture of Bathing: Body, Landscape, Art. The Toronto-based artist, architect and urban interventionist offers an elegant meditation on cultures surrounding water by examining a myriad of bathing structures around the world and across time. 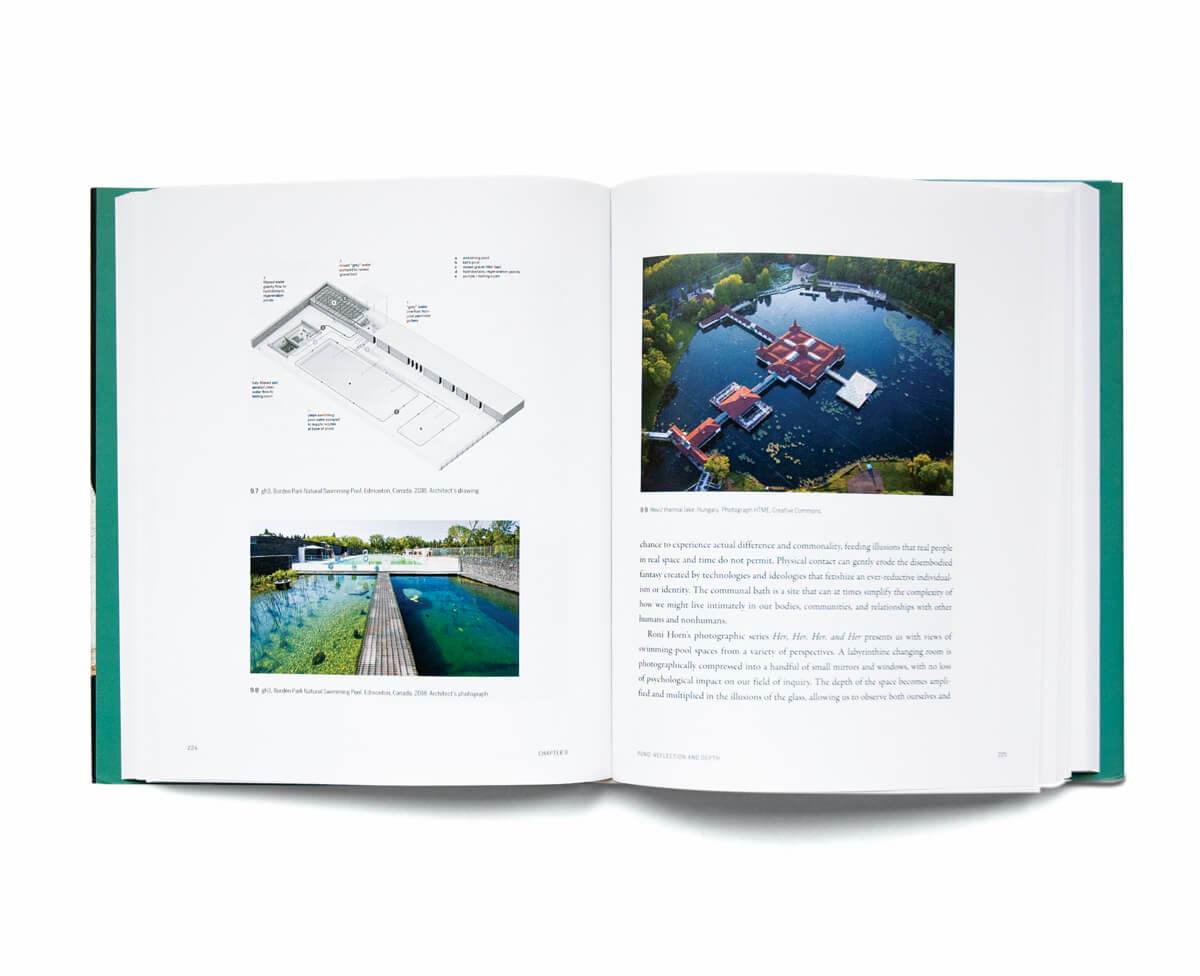 From ancient Greece’s open-air showers for men and western India’s storied Stepwells to Álvaro Siza’s salt-water pools in Porto and Diller Scofidio + Renfro’s conceptual Blur building, this intimately personal yet exhaustively researched book hones in on the enduring relationships between the built form and our bodies, and between public rituals and social order.

2
Sigurd Lewerentz: Architect of Death and Life by Kieran Long and Johan Örn 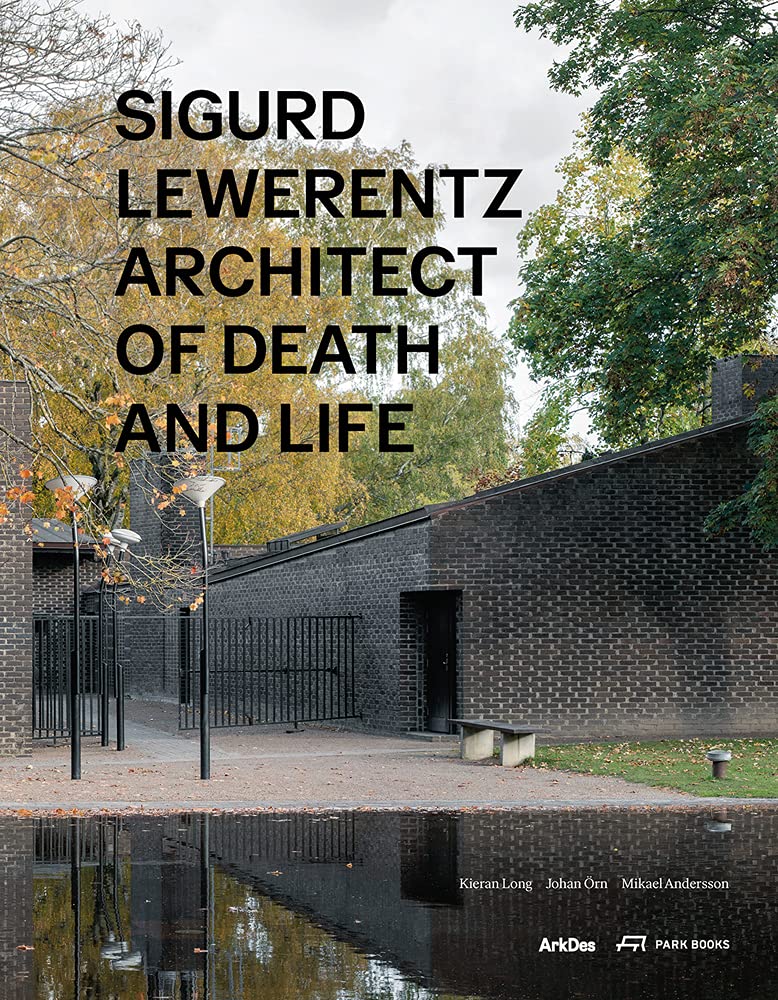 Prefaced by ArkDes director Kieran Long, this book resurrects one of Sweden’s most important design figures. Sigurd Lewerentz was an architect’s architect, beloved by practitioners but never fully valorized beyond their echo chamber. Until now, perhaps. This definitive 361-page homage, which will be accompanied by an exhibition at ArkDes this autumn, features a comprehensive biography by Johan Örn and present-day photography of Lewerentz’s buildings by Johan Dehlin. After he opened his practice in 1910, Lewerentz created many of Sweden’s most enduring churches, cemeteries and crematoria — including St Mark’s Chapel in Stockholm, a stoic yet soulful structure that exalts the functionalism and beauty of brick — defying any stylistic categorization along the way. 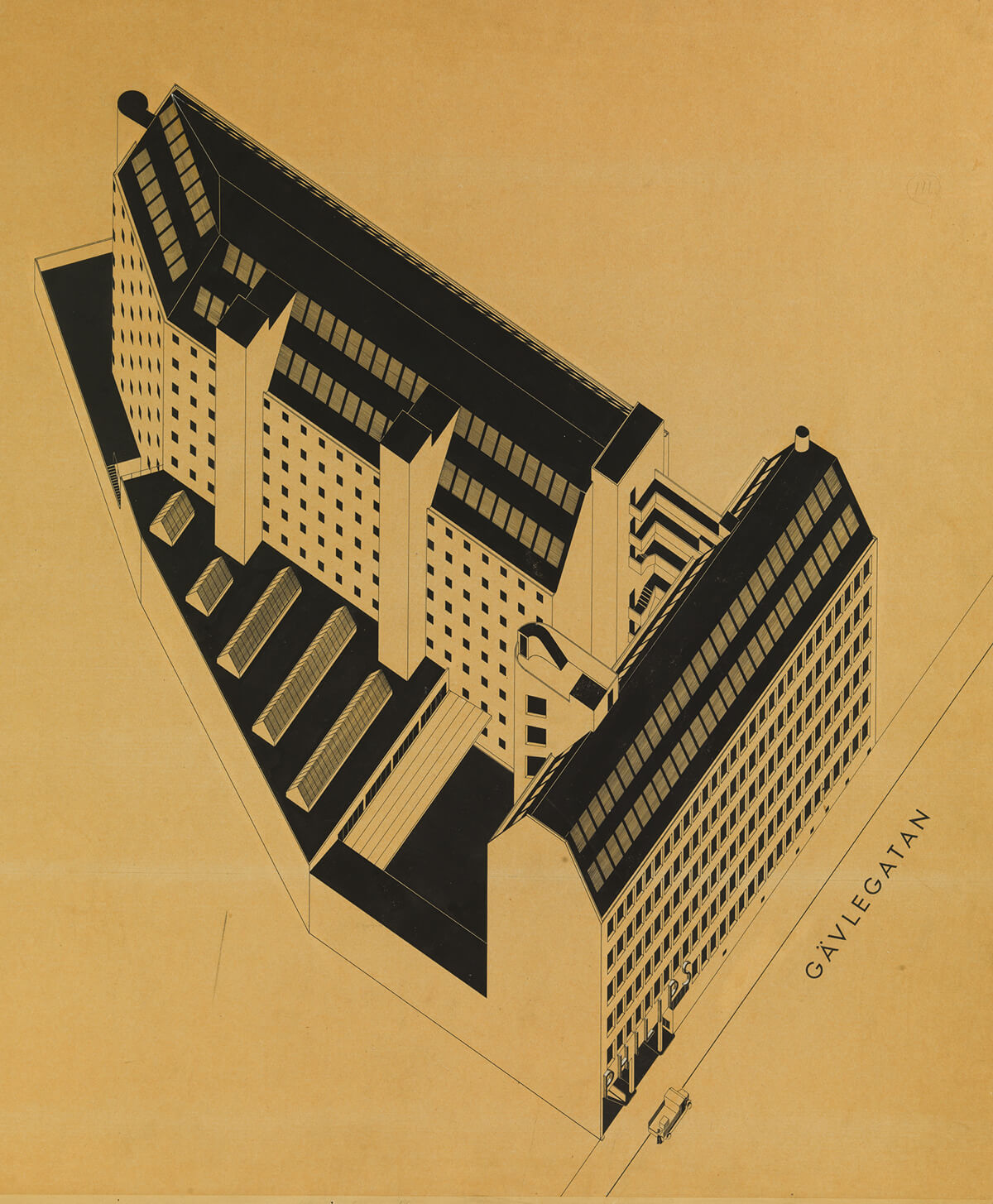 Alongside these spiritual works, he also designed pretty much everything else: from steam engines to light fixtures to furniture to branding. If the tone of his work feels unsparingly ascetic, the book’s wonderful array of architectural drawings and watercolour sketches, reproduced from ArkDes’s extensive archives and compiled by Mikael Andersson, shows his lighter side. In one, an illustration of the restaurant in Stockholm’s Hotel Eden, Lewerentz provides more than just a sense of the interior design – he depicts a space brimming with life, animated by chic ladies in fabulous gowns and dinner tables percolating with conversation. 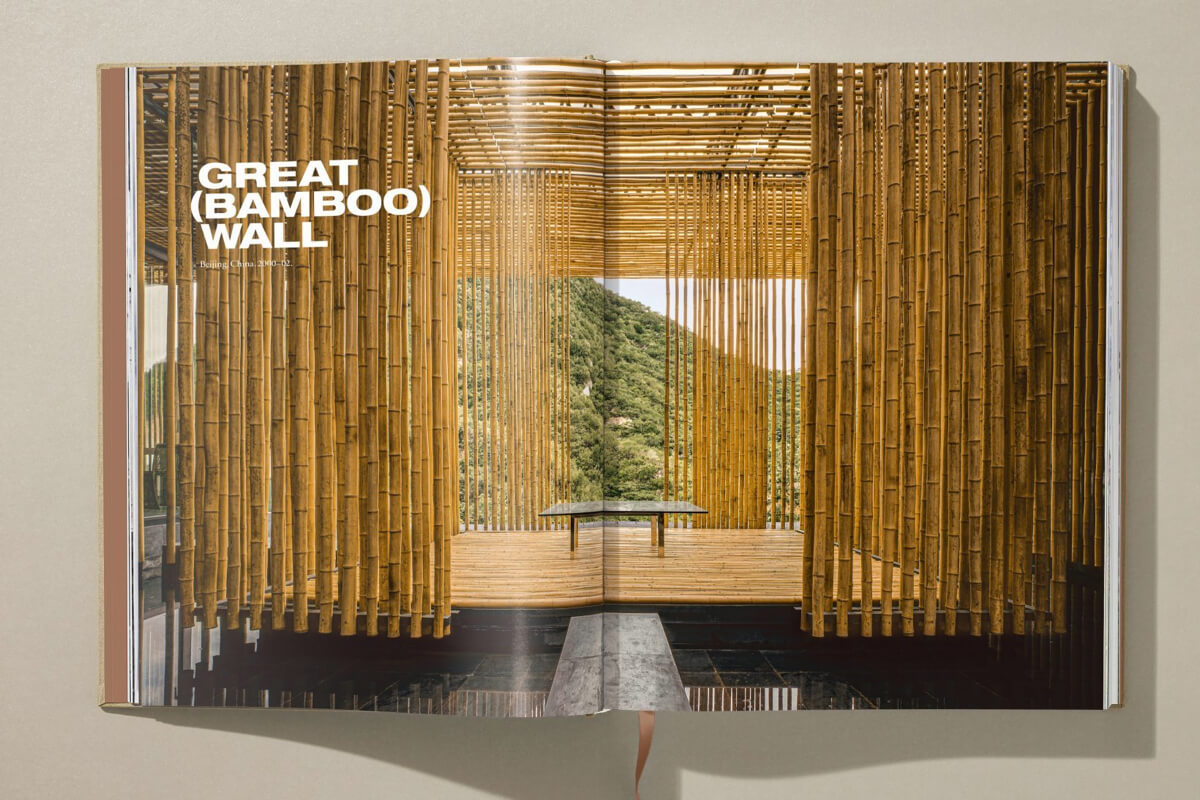 How do you fit over three decades of work into the space of a single publication? You have to go large. For Taschen, an authorative new book chronicling the oeuvre of Japanese architect Kengo Kuma meant that the publisher didn’t just go big, they had to go extra, extra-large: over 430 pages featuring 500 photographs, drawings, illustrations and more that vividly capture career-defining works from the Great (Bamboo) Wall House in Beijing to the more recent Exchange building in Sydney and the Japan National Stadium designed for this year’s Olympic games. 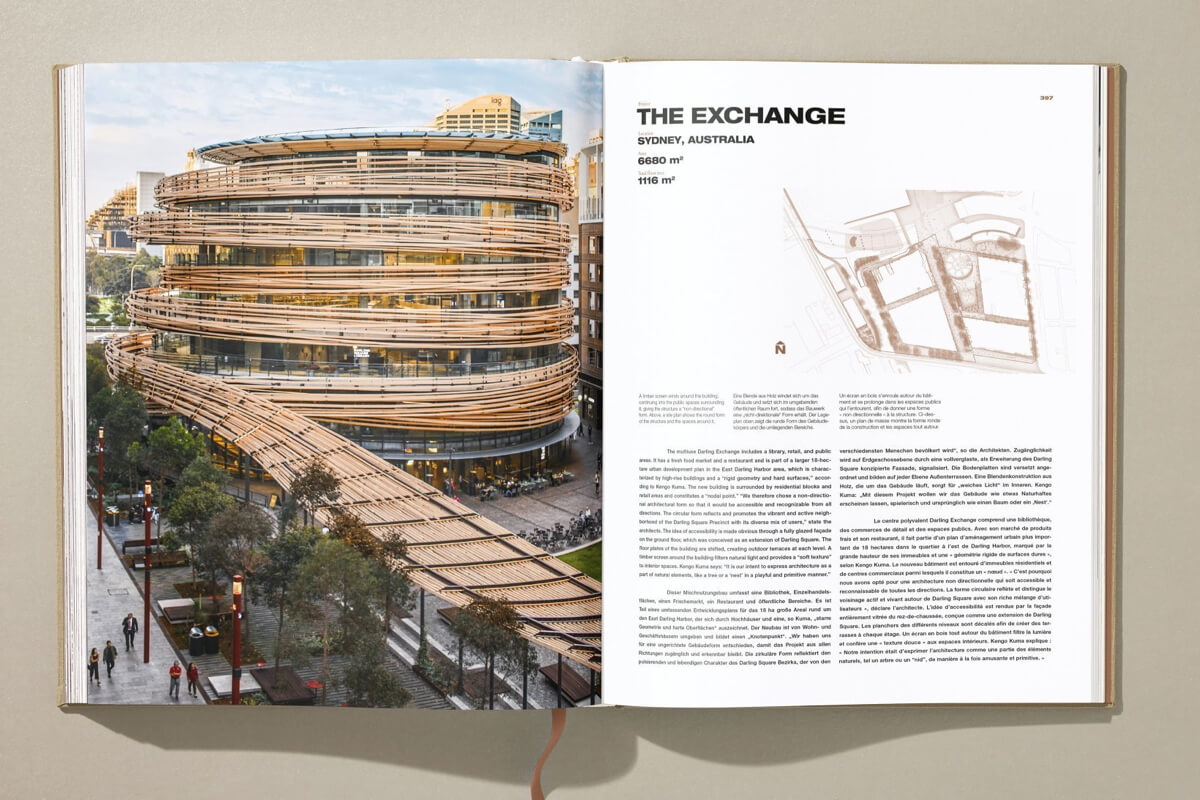 Aside from the sheer breadth of the fittingly titled Kuma (41 projects in total, flanked by a generous introduction and a list of completed works), the tome also illuminates the manifold ways in which the architect has transformed quotidian materials like wood, brick and stone into singular feats of architecture. Coupled with in-depth descriptions, plans, sections and additional project information, it’s equal parts visual feast and technical record of an ever-evolving and expanding practice. 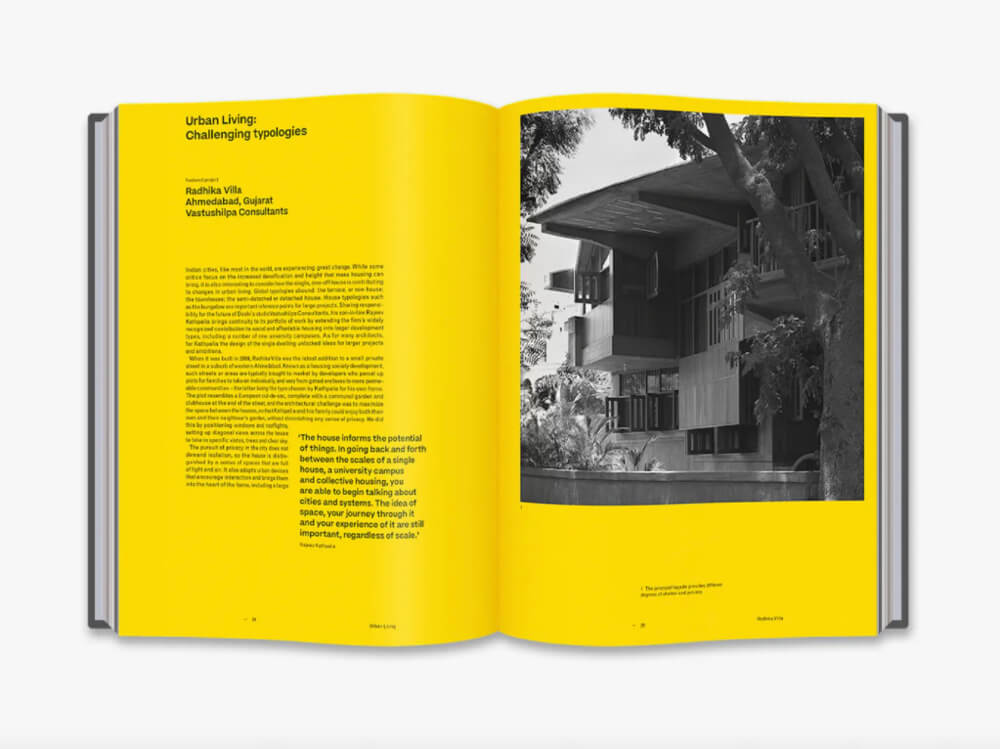 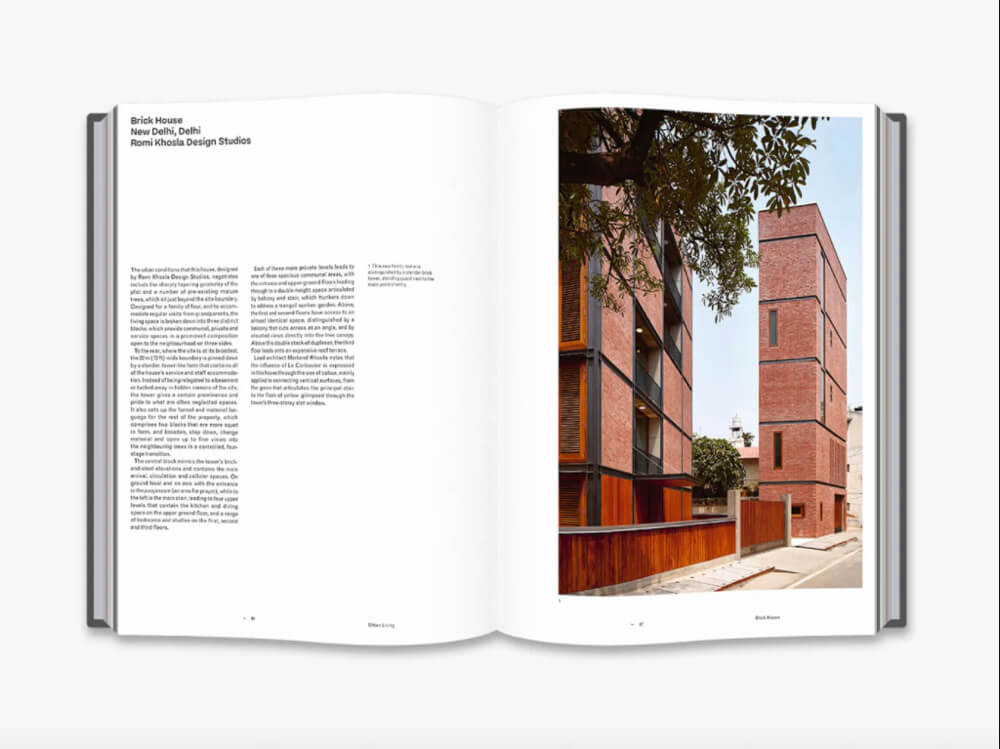 Stunning photographs of over twenty homes around the country are complemented with architectural plans and Gregory’s accompanying texts, based on interviews with the featured architects including Matra Architects and Studio Mumbai, for a comprehensive overview. By acknowledging the country’s varied landscapes and climates, as well as its historical and socio-cultural influences, the 272-page hardcover provides an in-depth yet intimate peek into the residential modernist wave in the Indian subcontinent.

5
The New Curator: Exhibiting Architecture and Design by Fleur Watson 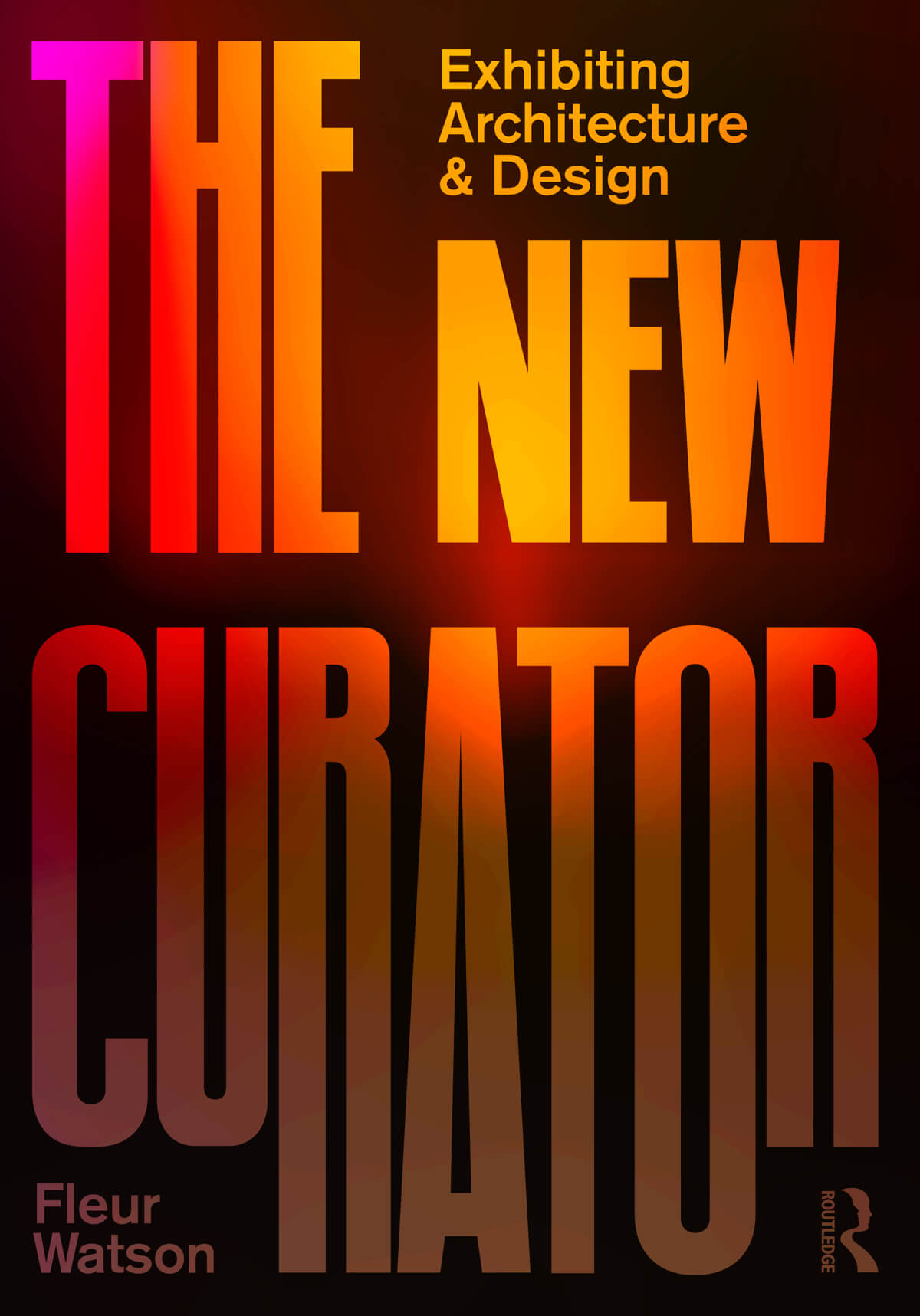 Long before the implications of the Black Lives Matter movement, the Climate Emergency, increasing partisan politics and more were leading to radical shake-ups at museums, galleries and the like, these institutions were already grappling with their role in the scope of a rapidly changing world. And, much of this exploration was left in the hands of some of their most visible yet equally mysterious agents: curators. This new book by Melbourne-based Fleur Watson delves into the role these often misunderstood denizens play in the context of contemporary architecture, moving away from an elitist purveyor or custodian of artifacts and spaces to one frequently enmeshed with the process of design itself.

To wit, the publication eschews the typical essay format of such compendiums, opting instead for a series of interviews that illuminate the complex and shifting dialogue of this form of cultural practice: conversations between ICA Philadelphia’s Zoë Ryan and the MAAT’s Beatrice Leanza as well as Exhibit Columbus’s Mimi Zeiger and Marina Het Nieuwe Instituut’s Otero Verzier, to name a few. Whether a “Space-maker,” “Translator” or “Speculator,” Watson’s tome, as its title suggests, captures this novel, evolving and increasingly critical role. 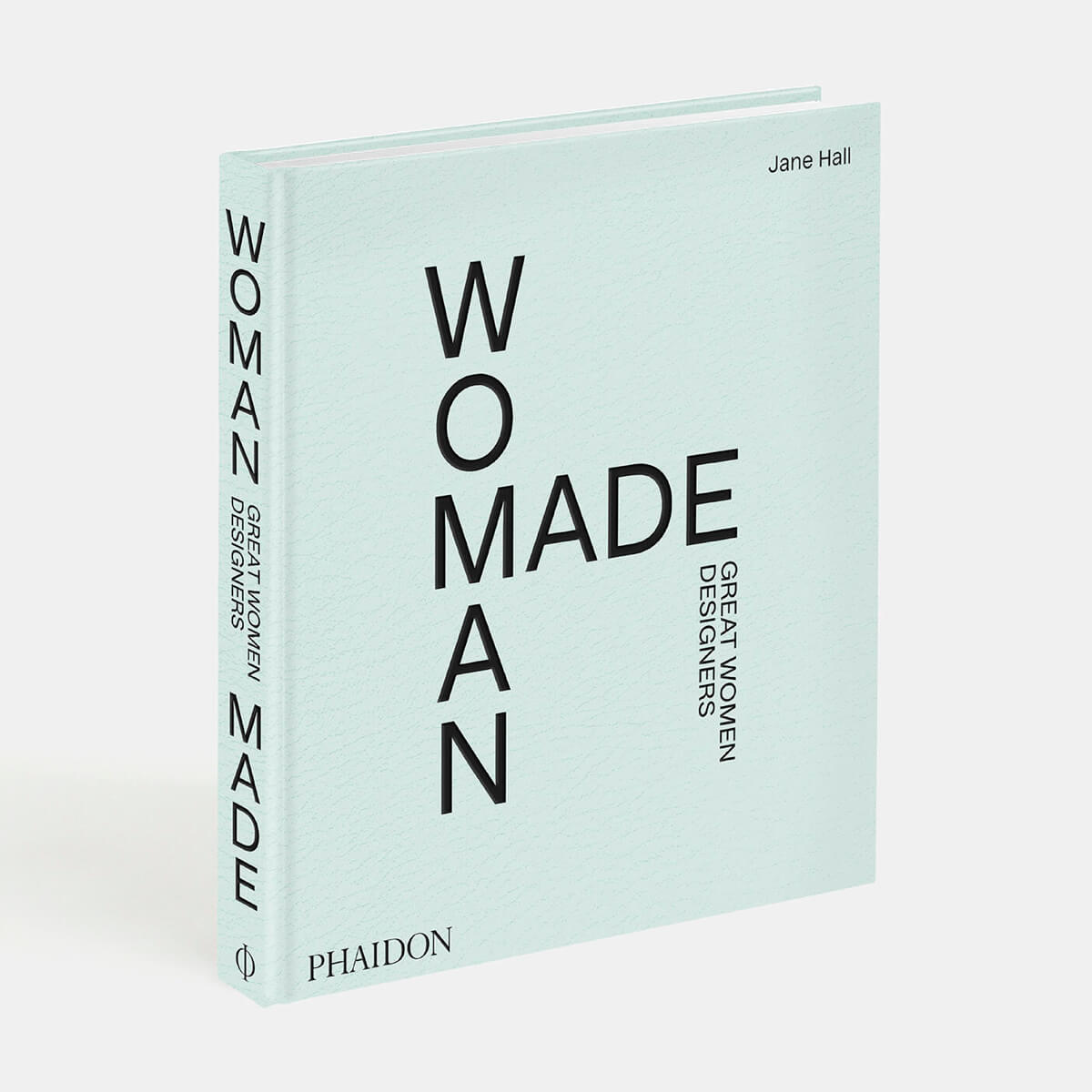 From Brazilian architect, Lina Bo Bardi’s graphic bowl chair and Ray Eames’ suite of iconic furnishings to contemporary statement pieces by the likes of London’s Faye Toogood, the history of design is filled with landmark objects by women across the globe. Why, then, is this rich past so often marginalized and seemingly forgotten? Following the success of 2019’s Breaking Ground: Architecture by Women, writer, architect and founding member of Assemble Jane Hall returns with this definitive handbook centred on the women who have furnished the world. 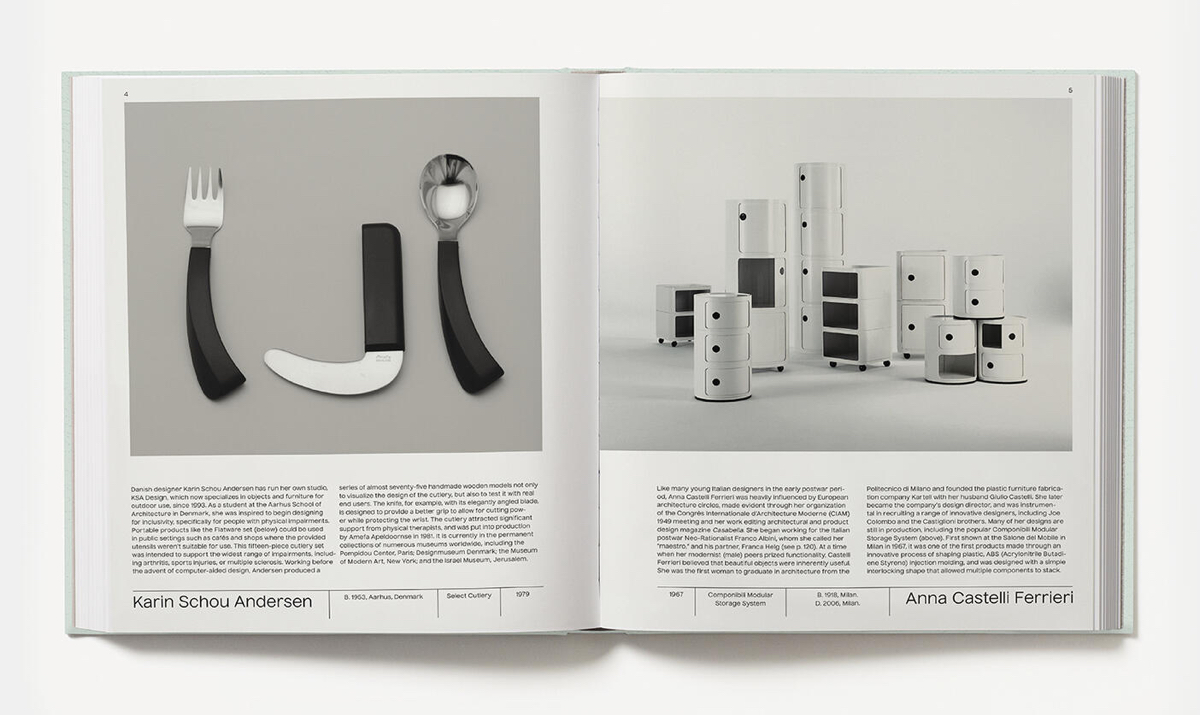 As the most comprehensive book of its kind ever published, Woman Made not only features household names but introduces a host of new faces — Mira Nakashima, Claude Lalane, Esther Wood and more — that have nonetheless profoundly informed the shape of things around us.

7
Icebergs, Zombies, and the Ultra Thin by Matthew Soules 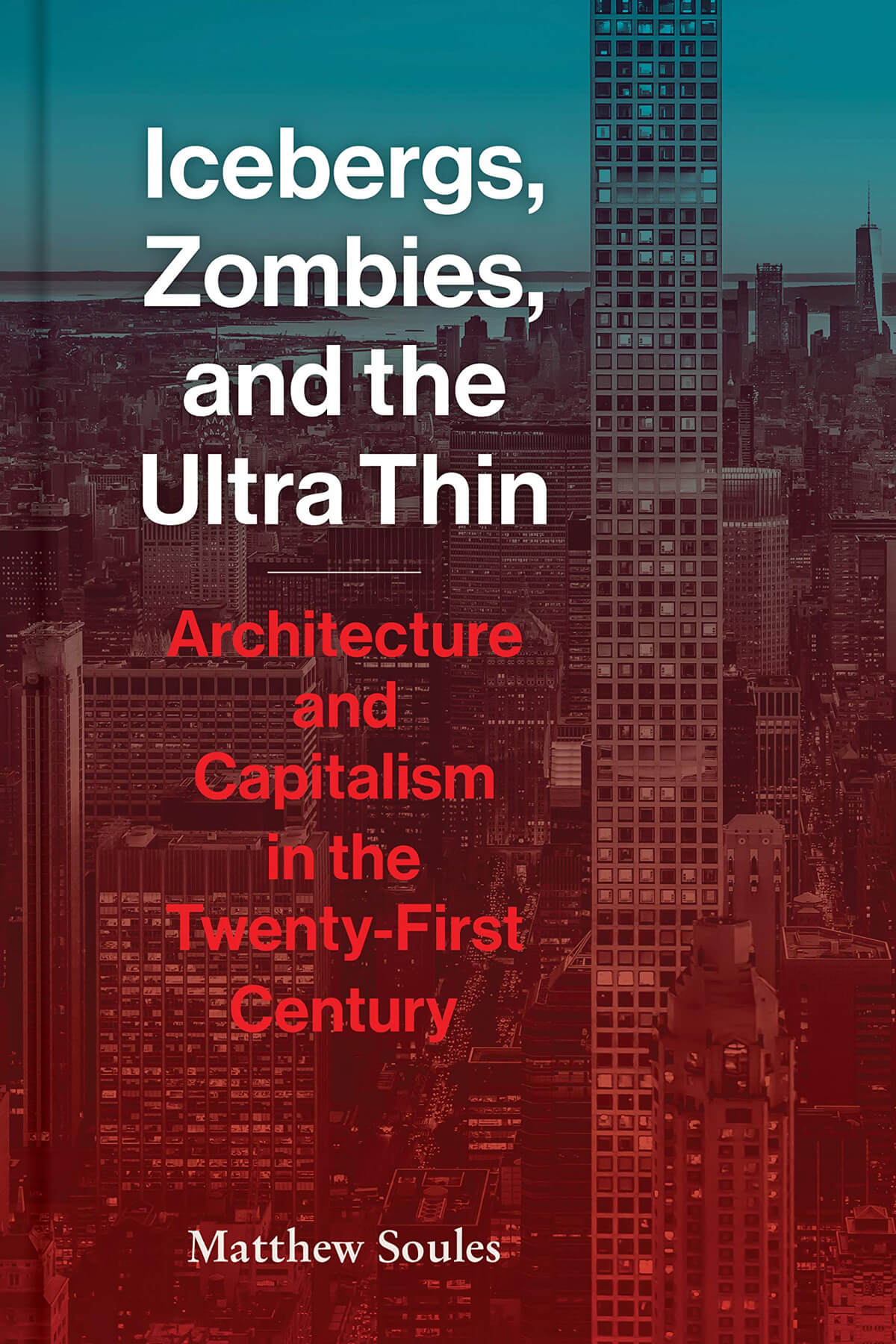 Pencil towers in Manhattan and subterranean palaces in London. According to architecture critic and University of British Columbia associate professor Matthew Soules, these architectural forms are physical outgrowths of financial capitalism. In a riveting analysis, Soules explores how investment shapes the built environment, from luxury real estate as speculative wealth storage to abandoned housing developments and the condominium towers that increasingly shape cities like Vancouver and Toronto.

From landmark monographs to thought-provoking inquiries, these new releases explore every aspect of the design world.