Toronto’s Next Generation: Partisans
The firm behind Bar Raval and the Grotto Sauna is shaking things up in Toronto with its future-forward approach to digital architecture. Partisans is part of Azure’s chosen five: Toronto firms that are climbing to new heights. 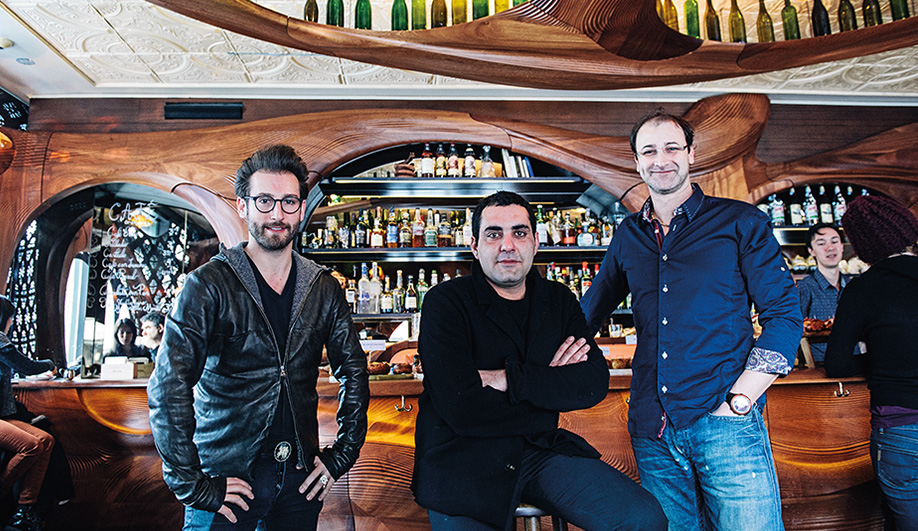 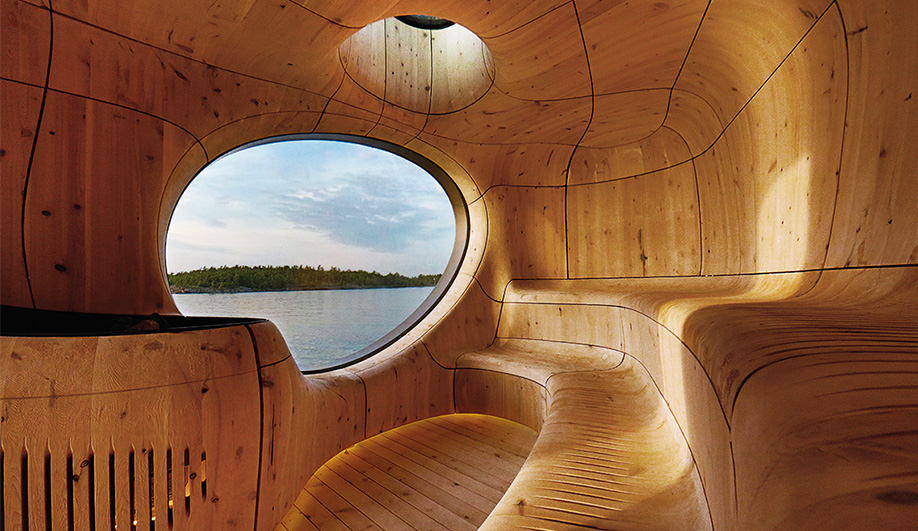 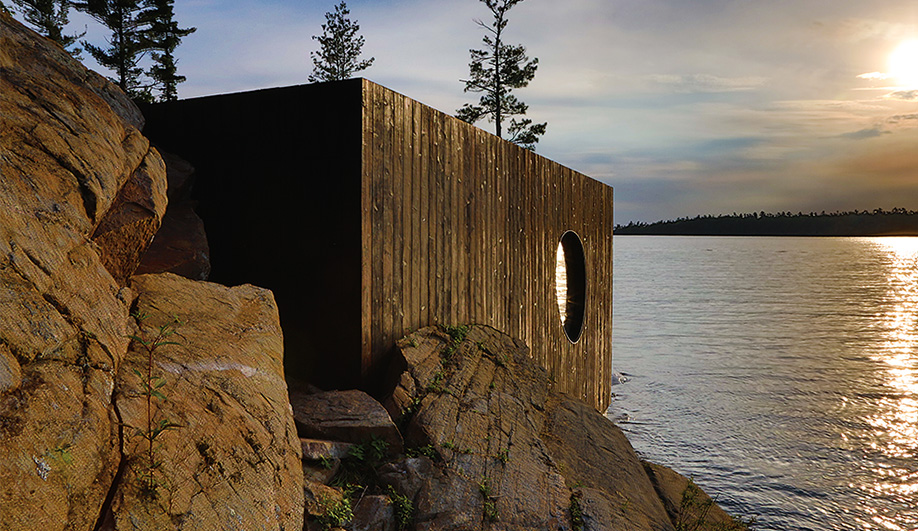 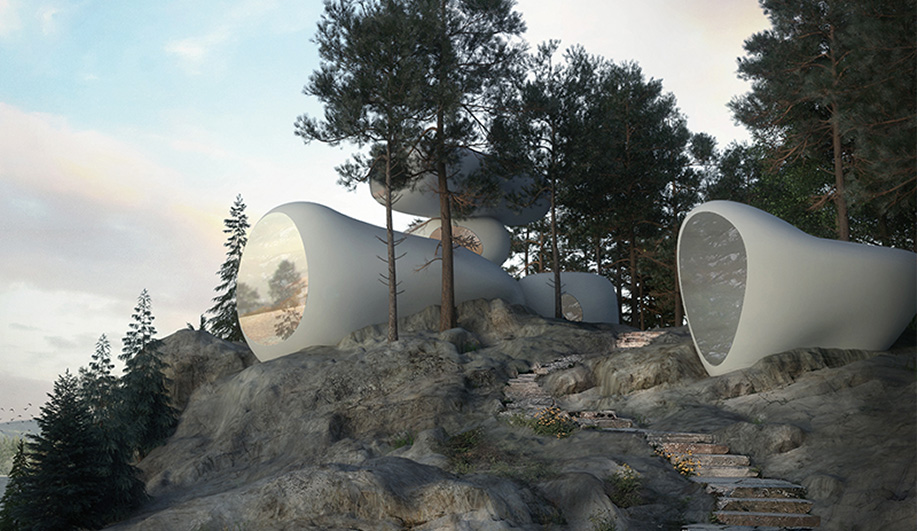 A proposed house made up of stacked pods sits on the craggy shore of Georgian Bay in Ontario.

The firm behind Bar Raval and the Grotto Sauna is shaking things up in Toronto with its future-forward approach to digital architecture. Partisans is part of Azure’s chosen five: Toronto firms that are climbing to new heights. (See our stories on Mason Studio, Benjamin Dillenburger, UUfie and MSDS Studio.)

For a company just four years old, Partisans has taken off like a starship. Founders Alexander Josephson, 31, and Pooya Baktash, 30, who met as students at the University of Waterloo, look upon the wittily titled Farmageddon, near Caledon, Ontario, as their first real pro­ject. The boldly inventive scheme recontextualizes a venerable log cabin built on protected land, which had to be architecturally cared for rather than demolished. Partisans’ solution was to disguise the original structure within a perforated screen that, as they put it, “alludes to a hyper-contemporary architecture.”

Their next project, the exquisite Grotto Sauna on an island in Georgian Bay, has become emblematic of the firm’s approach. Where a sauna is usually little more than an extension of a bath and shower room, the Grotto is so corporeal it is like an inhabitable organ. They scanned the structure’s rocky site, then generated a sculpted 3‑D vision of its interior, carving it into a smooth skin of cedar panels, cunningly grain-matched to seem continuous. Heat flows evenly through the air plenum spaces and is felt through slits in the cedar that Josephson refers to as the Grotto’s “gills.”

The leap from there to being retained as lead architects for the massive Union Station redevelopment is a prodigious one. Their coup, however, was well prepared for, and they did more than produce conventional drawings of the station. Instead, they turned to the 3-D BIM (building information modelling) system to augment the project’s three primary spatial dimensions of width, height and depth, with time as the fourth dimension and cost as the fifth. As Josephson puts it, BIM has provided a “beautiful porousness” to the whole gargantuan enterprise.

Until now, there had never been a complete computational scan of the 75-year-old building. The modelling, says Baktash, took a month to learn with mentors, enabling the partners to invent the kind of DNA they wanted to build in to the project. When I sat in their office earlier this year, I was transfixed in a way I could never have been by mere plans, by a projection of what they have termed the Union Bible.

It shows how they will go about forming the multi-purpose transit hub into an imaginative combination of culinary, cultural and retail offerings. Josephson, Baktash and their new partner, 35-year-old architect Jonathan Friedman, stress that unlike most central stations in the world Union has never been a real terminus where trains arrive, turn around and head out again. It is, by contrast, a thoroughfare, thus its fluid rush of high-traffic energy, which Partisans is hell-bent on proliferating.

One of the joys of the project, they say, is choreographing the details. They speak of “porches” (resting places) and of “little monuments.” They are as proud of a length of railing design as they are of the vast pillared halls and vendor arcades that will fill 14,000 square metres of space.

This love of detail has served them well in their recent design of Bar Raval on College Street in Toronto. The latest in a series of memorable restaurants devised by chef Grant van Gameren, the bar is named for a seedy neighbourhood in Barcelona. Van Gameren’s desires seemed perfectly understandable to the architects: he told them he simply wanted the best restaurant-bar in the world. Partisans devised a neo-art nouveau masterpiece of fluid, seamless walls and ceilings, with appointments of hand-oiled, contoured mahogany panels, computer generated and machine carved.

The result is a phantasmagoria of silken yet muscular structures that evoke the smooth contours of a lean, efficient human body. The design exemplifies the firm’s almost boyish delight in generating “evidence of an internal promiscuity.” Certainly, Bar Raval is the only restaurant-bar you feel inclined – nay, impelled – to actually caress. And it’s the only one that you fancy might be apt to caress you back. ­