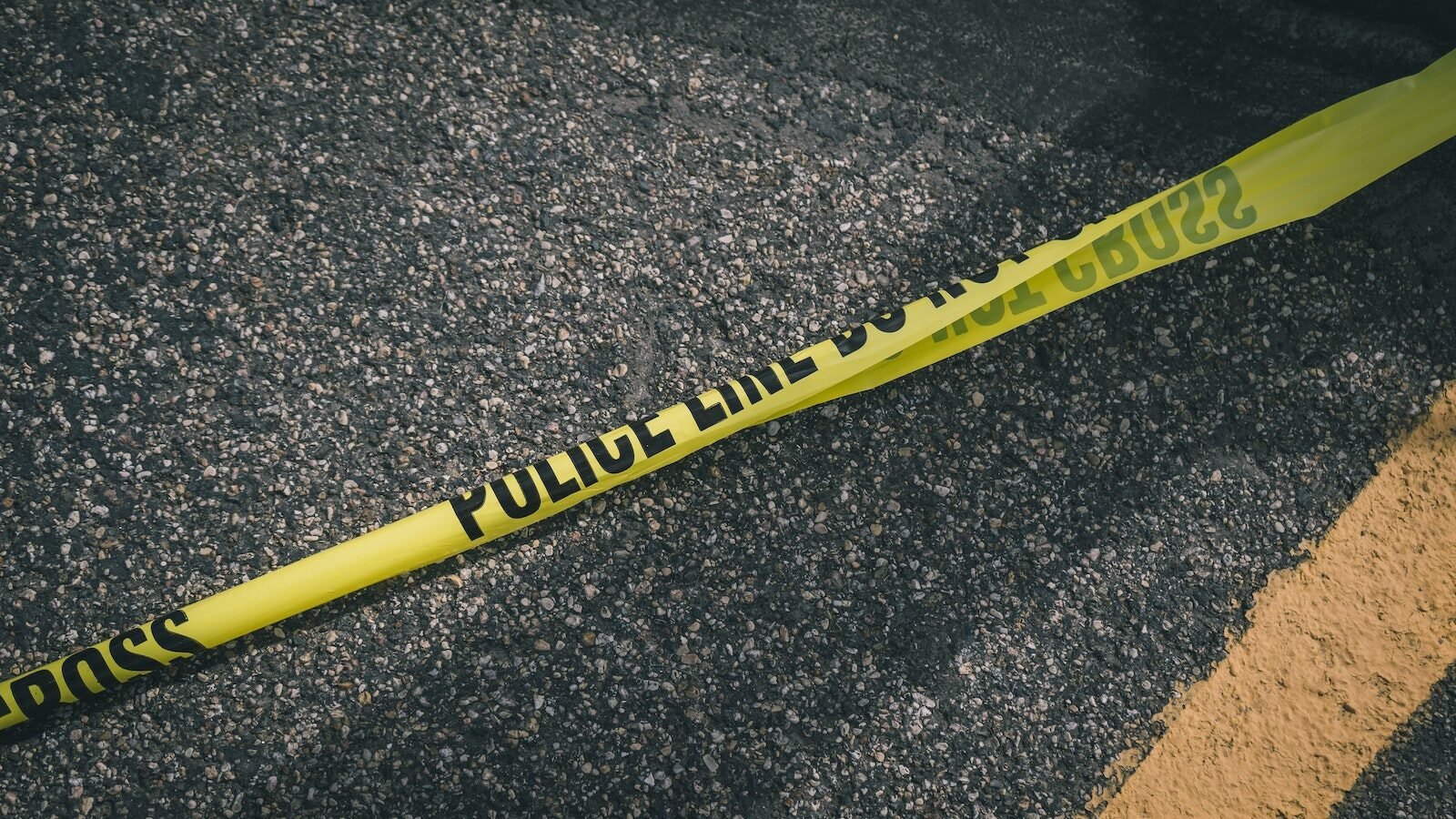 An annual spike in road deaths on October 31 lays bare the dangers — and causes — of a silent public health crisis.

It happens every year. As the days get shorter and the leaves begin to fall, the scary season ushers in a raft of alarmist headlines about the myriad dangers facing young trick-or-treaters. Rumours of razor blades and narcotics in candy fuel an evergreen moral panic, while more recent reports also warn of freely distributed THC edibles — thousands of dollars worth — lurking innocuously among the gummy worms. But for all their persistence, the urban legends have been exhaustively, repeatedly debunked.

When it comes to the candy, parents can rest easy. Unfortunately, the same can’t quite be said for trick-or-treating. Across the United States, October 31 is historically the deadliest day of the year for young pedestrians. Using federal highway safety data from 2004 to 2018, a 2019 Washington Post study recorded an annual spike of road fatalities for children under 18 on Halloween. For smaller kids, the trend is more pronounced, with an analysis by JAMA Pediatrics finding that children ages four to eight were approximately 10 times more likely to be killed by a car than on other fall evenings.

The numbers make for sombre — though perhaps unsurprising — reading. Across many North American cities and their suburbs, Halloween presents a rare evening of bustling sidewalks and pedestrian activity. Amid all the action and excitement, perhaps a spike in tragedy is predictable? This is, after all, the sad but seemingly inevitable outcome of a culture that puts cars and drivers first and places the onus of safety on pedestrians and cyclists: the more time people spend outside, the more inevitable tragedy becomes.

When pedestrians and cyclists are struck by cars, police departments from New York to Vancouver advise paying more attention to the road and wearing reflective, high-visibility clothing. And if that’s not enough, maybe carrying a flashlight — as recommended by the NYPD — and waving a bright flag while crossing can help keep drivers alert in school zones? Seattle and Bridgeport, Connecticut, are among the cities that have installed flags at intersections. For some senior pedestrians in Toronto, reflective arm bands were distributed in 2019, placing the onus on the elderly and relieving drivers of responsibility.

In a stark contrast to the perpetual consternation about Halloween candy, a real and chronic danger has long been met with a shrug of the civic shoulders. For decades, a reheated mix of personal responsibility messaging and thinly veiled indifference has largely defined public policy for vulnerable road users across the continent.

It hasn’t worked. The annual Halloween peak is merely the tip of a very tall iceberg. Over the past decade, fatalities across the United States have risen by 51 per cent, with a startling 6,283 pedestrians killed in 2018. A similar trend has played out north of the border, with casualties rising in the years leading up to the pandemic. In 2019, for example, Toronto had as many pedestrian fatalities as gunfire deaths. Yet, as TVO’s John Michael McGrath noted, “while the latter consumes endless news cycles and tens of millions of dollars in hastily approved funding, the former is an afterthought.”

In her 2020 book Right of Way, urban planner Angie Schmitt traces the root causes of a silent public health crisis unfolding on America’s streets. The fatalities, Schmitt stresses, aren’t a symptom of jaywalking, distraction or dark clothing — they’re the predictable outcome of exclusionary, auto-centric geography and a lack of regulation. “We got to keep the cars moving quickly. Don’t delay the drivers. And that’s taken precedence over keeping people safe,” Schmitt told WBUR. “It’s a really bad trade-off we make.”

The March 2018 death of Ignacio Duarte-Rodriguez in Arizona is a case in point. As Schmitt writes in Right of Way, the 77-year-old grandfather “had just been trying to buy some cigarettes.” In northwest Phoenix, that meant “crossing six lanes of roaring, indifferent traffic” with “no crosswalks and no traffic light.” The driver that killed him fled the scene. That same week, 10 other pedestrians in greater Phoenix lost their lives.

That sunbelt metropolis embodies car-dominated suburban sprawl — a paradigm acutely inhospitable to pedestrians and cyclists — to the extreme, but it’s far from an outlier. Even in New York, Brooklyn’s Atlantic Avenue remains a perpetual speedway, with two pedestrian deaths in as many weeks this month. Here in Toronto, October has also seen an increase in tragedies. Just last week, Scarborough teen Nadia Mozumder was killed on a crosswalk on her way to school, a senior died crossing the road in the east end, and a five-year-old was rushed to hospital after being hit by a car in Etobicoke.

The fact that it keeps happening is no accident. And preventing it is no mystery. As North American casualties rose over the last decade, jurisdictions around the world have successfully reduced fatalities by lowering — and actively enforcing — speed limits and implementing pedestrian- and cyclist-friendly urban design interventions. In fact, Canada and the United States are relative outliers compared to other OECD nations. Across the European Union, pedestrian deaths fell by 36 per cent between 2007 and 2016.

In France, stricter speed limits were combined with the installation of some 1,500 radar units in 2002 and 2003, automating ticketing for unsafe drivers. Between 2002 and 2007, the nation reported a 43 per cent reduction in all transport-related deaths. Sweden achieved similar results through a more design-focused approach, complementing lower speed limits with a system of pedestrian-first “calm streets,” urban roundabouts and physical barriers between cars and people. In Fortaleza, Brazil, brightly redesigned intersections were the centrepiece of a successful local road safety initiative now being implemented in São Paulo. And Cartagena, Colombia is a nascent cycling haven.

In Canadian and American cities, however, support for vulnerable road users is meted out in sympathies and pledges in lieu of infrastructure or policy. While municipalities including Toronto, Chicago, Los Angeles, New York and Vancouver have adopted “Vision Zero” plans to eliminate fatalities and serious injuries, road rules continue to privilege driver convenience over pedestrian and cyclist lives, while urban design initiatives — like curb extensions and protected bike lanes — are typically concentrated in wealthier neighbourhoods.

Like the necessary infrastructure, the danger isn’t equally distributed. Across the United States, the victims of traffic violence are disproportionately poor, people of colour, immigrants and seniors. Indeed, the marginalized communities that bear the scars of urban renewal face the greatest danger on the roads. As Schmitt observes, our cities simply aren’t designed for people like Ignacio Duarte-Rodriguez. Here in Toronto, the 2016 Transportation Tomorrow Survey hints at a similar phenomenon. Looking at data coming out of Scarborough, urban planner Gil Meslin notes that trips made by walking and transit are strongly correlated with lower incomes, while the inverse is true for driving.

In the wake of Nadia Mozumder’s death, Toronto Star columnist Emma Teitel observed that “being a pedestrian on one of Scarborough’s arterial roads is frankly terrifying when drivers are racing into the city and kids on foot are racing to get to school.” The Star‘s Shawn Micalleff proved the point with a radar gun, repeatedly recording drivers speeding across the city with effective impunity.

Ultimately, the reality of unsafe streets is a choice. Behind the appeals to personal responsibility and the superficial commitments to Vision Zero, our civic inaction amounts to a tacit acceptance of the status quo. And even as automative technology has continually evolved to better protect drivers and their passengers, the hulking SUVs and luxury pickup trucks that dominate today’s market are more likely to cause fatal accidents. All of that is perfectly legal.

The solutions are relatively simple. As demonstrated around the world, a combination of stricter road rules, automated enforcement and improved infrastructure is proven to reduce fatalities. In North America, adopting license plate cameras and mailed traffic tickets could also effectively remove traffic enforcement from the police, creating safer conditions for racialized communities. According to activists like Berkeley, California–based Darrell Owens, “designing better streets… won’t just prevent traffic accidents. “It will reduce the need for police enforcement and its potential for violence altogether.”

Ahead of Halloween, it’s something to think about. And while the holiday is marred by an annual spike in road deaths, it also demonstrates the potential of more sociable and inclusive communities — the kind of pedestrian- and cyclist-friendly environments that are crucial to advancing social equity and fighting the climate crisis.

Since coming to Canada, it’s always been my favourite holiday. Over 20 years later, I remember my first Halloweens with fondness. Crossing Toronto’s Allen Road from my immigrant family’s apartment, I felt — for once — welcome in the wealthy, tree-lined streets of Forest Hill. That night, the whisper-quiet sidewalks were full of public joy — of friends and neighbours in conversation and kids at play. Isn’t that a spirit to embrace all year round? It beats the jump scares.

An annual spike in road deaths on October 31 lays bare the dangers — and causes — of a silent public health crisis.