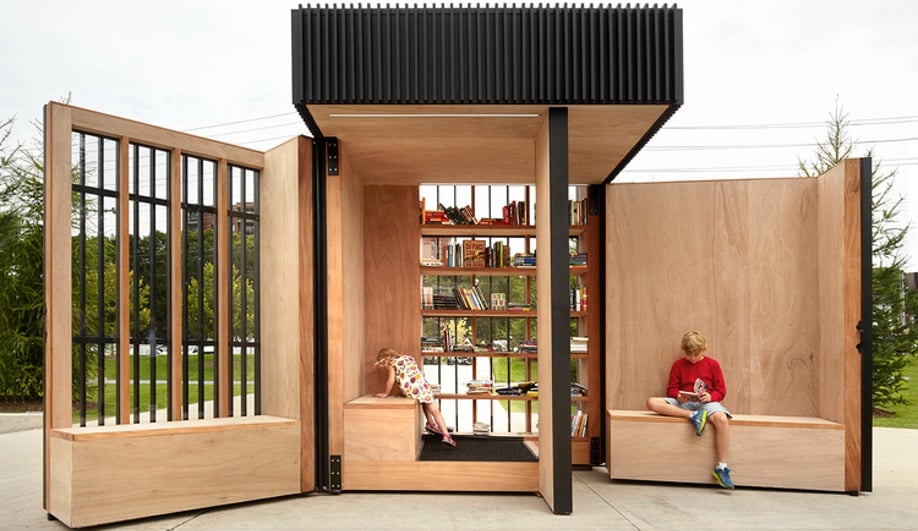 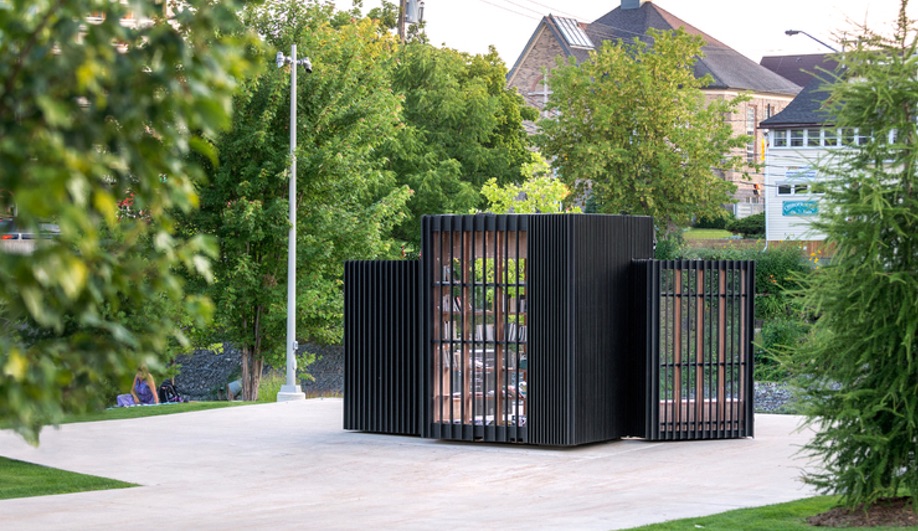 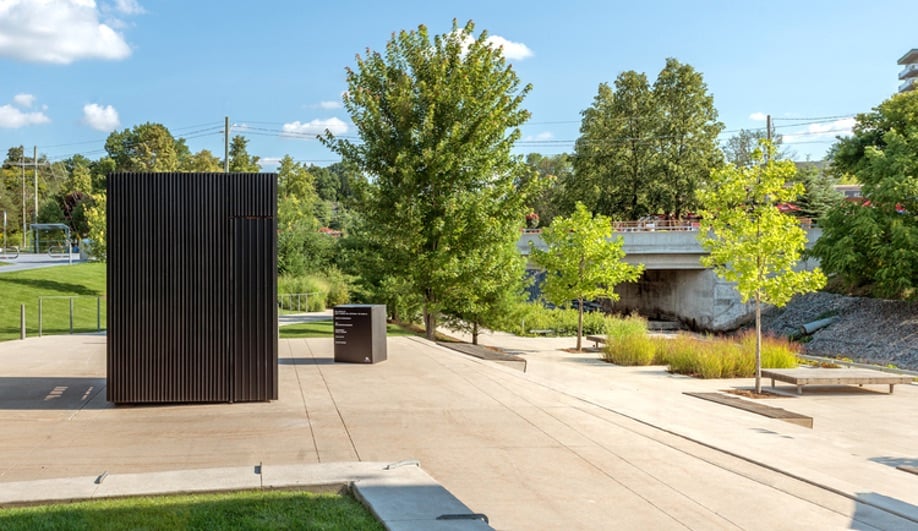 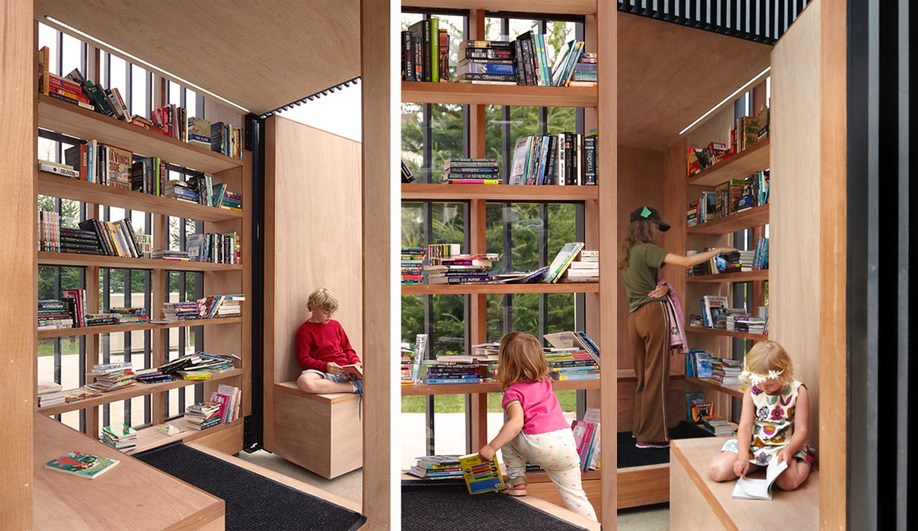 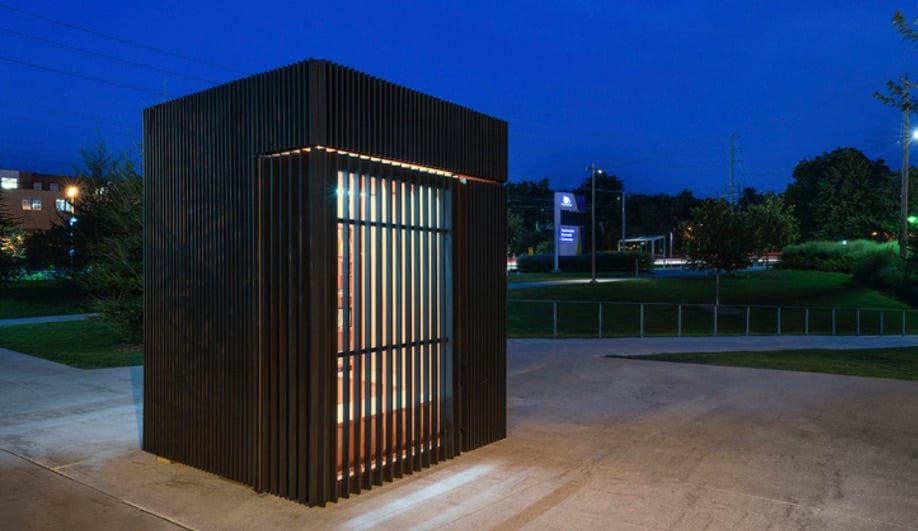 A love affair with books, the kind you can touch and feel, as well with libraries in general seems to be brewing. Maybe it’s the ever looming “print is dying” message, or a backlash to our digitally immersed lives, but it seems we aren’t ready to give up our paperbacks anytime soon.

The Story Pod, designed by Atelier Kastelic Buffey (AKB), is a project in Newmarket, Ontario that’s gotten quite a bit of traction online. In effect, it’s a modern pop-up that functions as a DIY lending library; leave a book, take a book. The small structure strikes a chord for many reasons; it encourages community involvement in the often car-driven suburbs; it brings back a warm and fuzzy nostalgia for pre-iPad days; and it’s a playful curiosity that naturally incites a reaction.

The pod’s simple but ingenious form thoughtfully complements a newly completed civic square aimed at reviving the city’s old downtown, in threat of losing its draw to big-box suburban planning. Clad in black vertical slats, the eight-by-eight-foot building has pivoting walls that open up to reveal elegant built-in seating and bookshelves. As you move around the pod, different views open up as the slats widen, filtering light through transparent sheets of Lexan polycarbonate. When the volume closes up at night, it emits a soft warm glow like a lantern, powered by solar-powered panels on the roof.

Other cities have seen a rise in the grassroots DIY libraries, too, such as the Little Free Library initiative — tiny boxes outside people’s homes or businesses that offer free books — which started in Wisconsin and now boasts 32,000 boxes in over 70 countries. The Story Pod is the start of the next chapter.