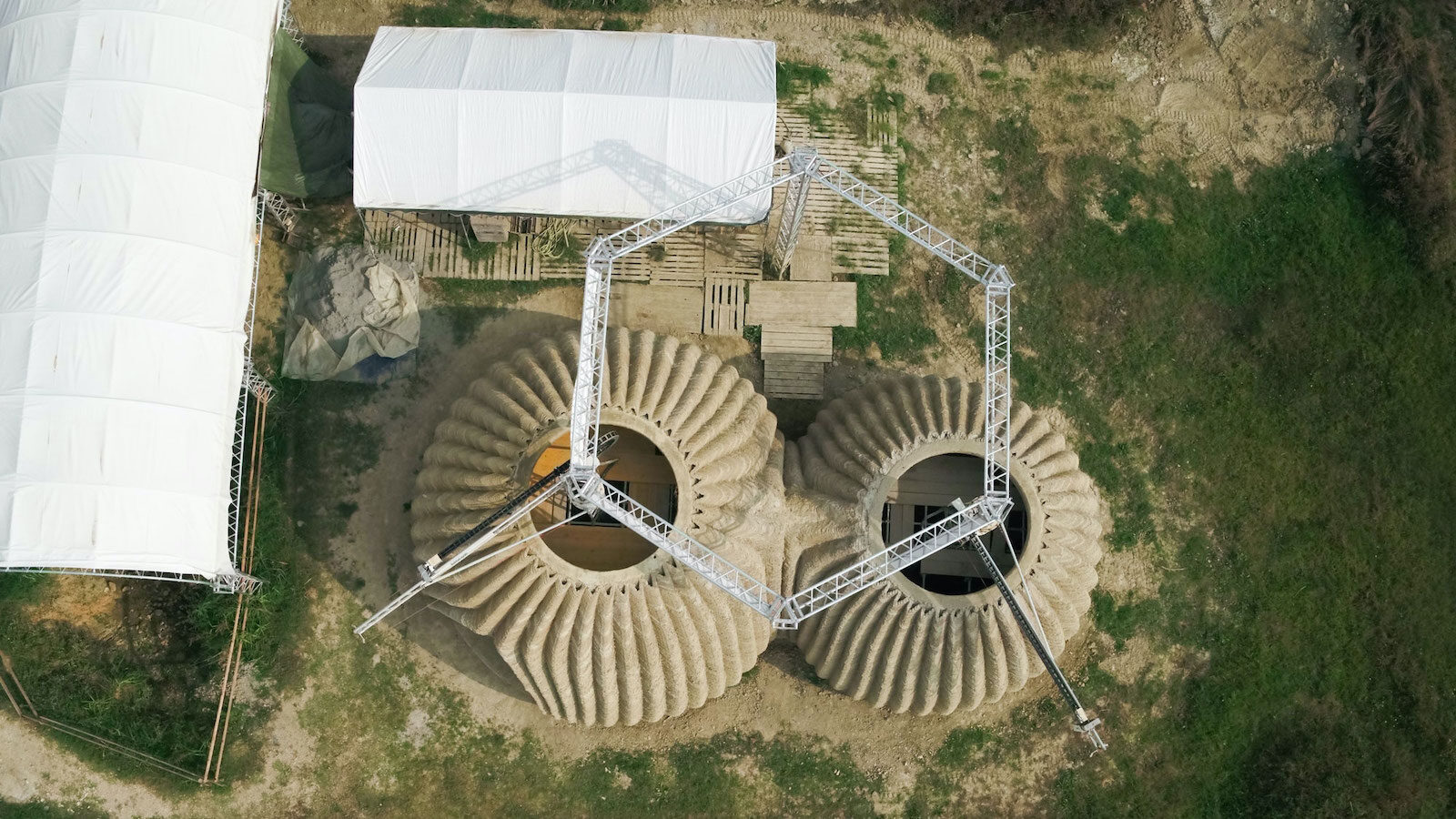 This Prototype Home Takes 3D Printed Architecture to the Next Level

A collaboration among architect Mario Cucinella, his School of Sustainability and the technology company WASP, Italy’s TECLA is a double-dome with a circular economy ethos.

In Massa Lombarda, Emilia-Romagna, an unusual home, at once primordial and futuristic, has been taking shape gradually. The TECLA prototype is comprised of two interconnected, solar-powered, 3D printed domes – one featuring a living area and kitchen, the other a bedroom and lavatory. While the actual hours put in by the 3D printers number around 200 (or eight days), the project was slowly erected from September to December 2020 because of its material makeup: soil. The abundant, biodegradable natural resource was the impetus for the project, which arose from a meeting between Bologna-based architect Mario Cucinella and the owners of WASP, a 3D printing company based in Massa Lombarda. “That we can conceive buildings that come from soil and go back to soil once they’re no longer needed – that was the dream,” explains Irene Giglio.

Giglio is an architect, and the project manager of TECLA, at Mario Cucinella Architects (MC A). She is also the track leader for the Sustainable Environmental Design program at the School of Sustainability in Bologna, which was founded by MC A and acts as its research hub for this project and many others. The firm is world-renowned for its commitment to creating bold, boundary-pushing architectural forms that advance a progressive environmental agenda. 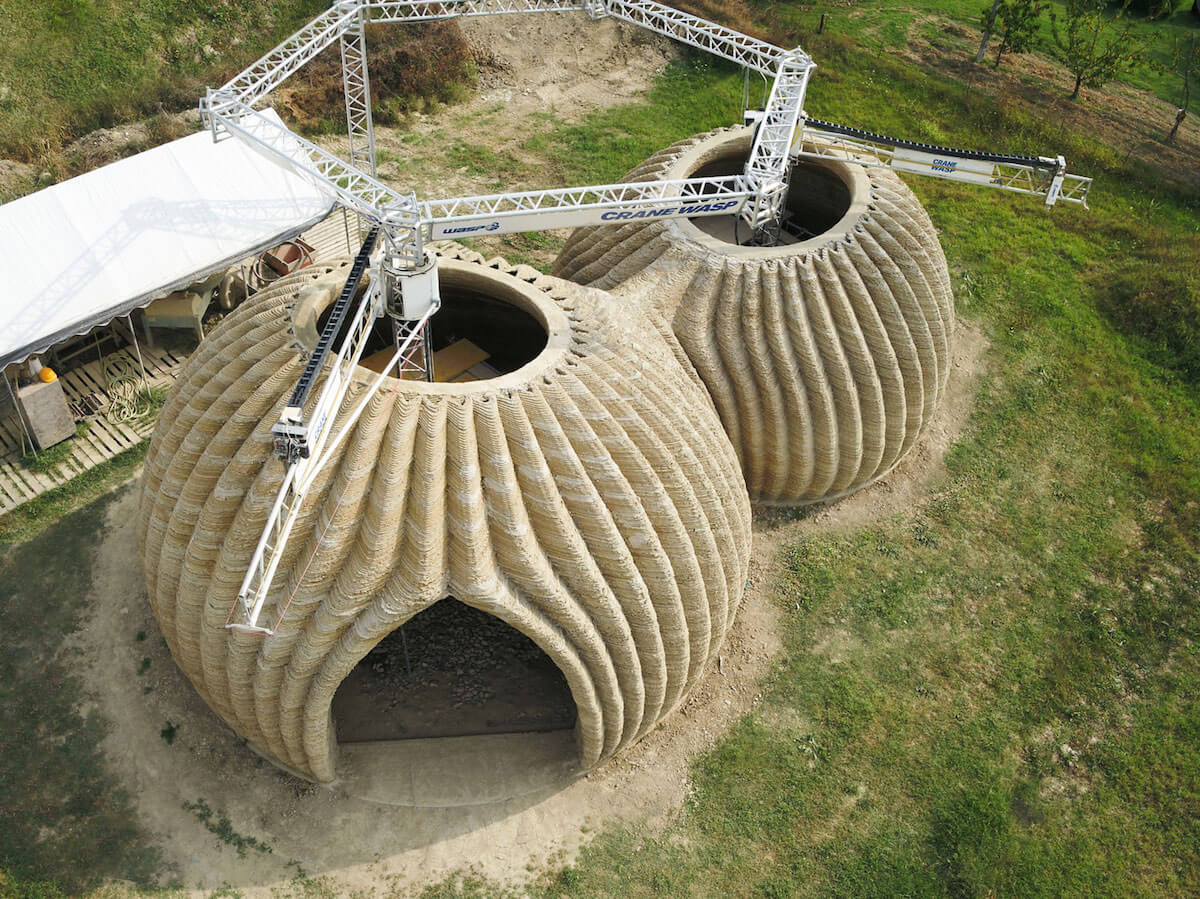 The “dream,” as Giglio calls it, however, faced many challenges. An ecological alternative to carbon-intensive concrete, earth has been used in traditional architecture for millennia. But its aggregate properties, from very sandy to more claylike, vary depending on site, which makes the project’s biggest ambition – a model for sustainable housing that can be rapidly replicated around the world – especially daunting.

“The main challenge, then, became developing a new kind of workflow,” says Giglio, “beginning with analyzing the soil sample so that we know what we have to add. Then the percentage of each of the additives is done parametrically. In this way, you can confer to each type of soil the mechanical properties needed for structural purposes.”

In prototyping TECLA, the team took special care to improve every layer over the previous one, hence the three-month timeline of its construction (which WASP “synthesizes” as: “350 layers of 12 mm, 150 km of extrusion, 60 cubic metres of natural materials for an average consumption of less than 6 kW”). It worked with the chemists at Mapei to devise a mix that is fluid enough to extrude yet fast drying (Mapei also developed a water-proofing treatment for the exterior and interior) and with RiceHouse, which provided technical consultancy on rice husk and straw, to optimize “the thermal performance and living comfort of the building envelope.” A self-supporting structure that was engineered with the help of Milan Ingegneria, that envelope is a double-dome. Its shape reflects yet another objective for MC A. 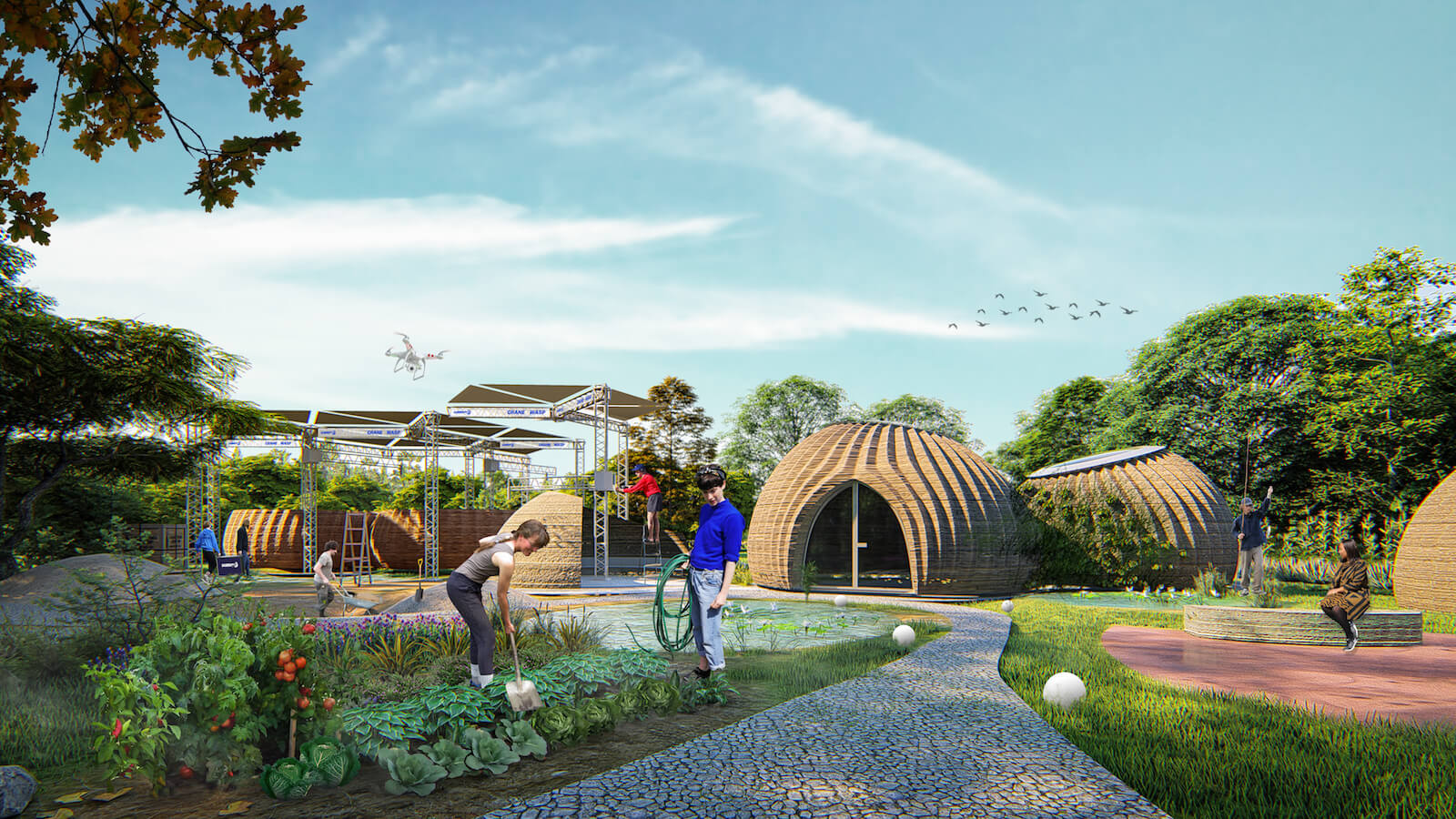 “We also wanted to bring 3D printing to the next level,” says Giglio. Most 3D printed structures to date have been comprised of vertical concrete walls with a timber roof, she says. “We wanted to create a new language, something to help us exploit the potential of 3D printing and that could be done entirely onsite (other than the framing) by coupling the most recent technology with an ancient building material.”

But, should TECLA emerge from its prototype stage as a viable model for shelter – one that can be rapidly built once the “workflow” is optimized – how would its future occupants feel about this “mud house 2.0,” as Giglio calls it? Winning over hearts and minds is a major obstacle when it comes to presenting earth architecture as a housing solution. Giglio explains that MC A employs a sociologist, who also asked, “How are you going to convince people to live in it?” 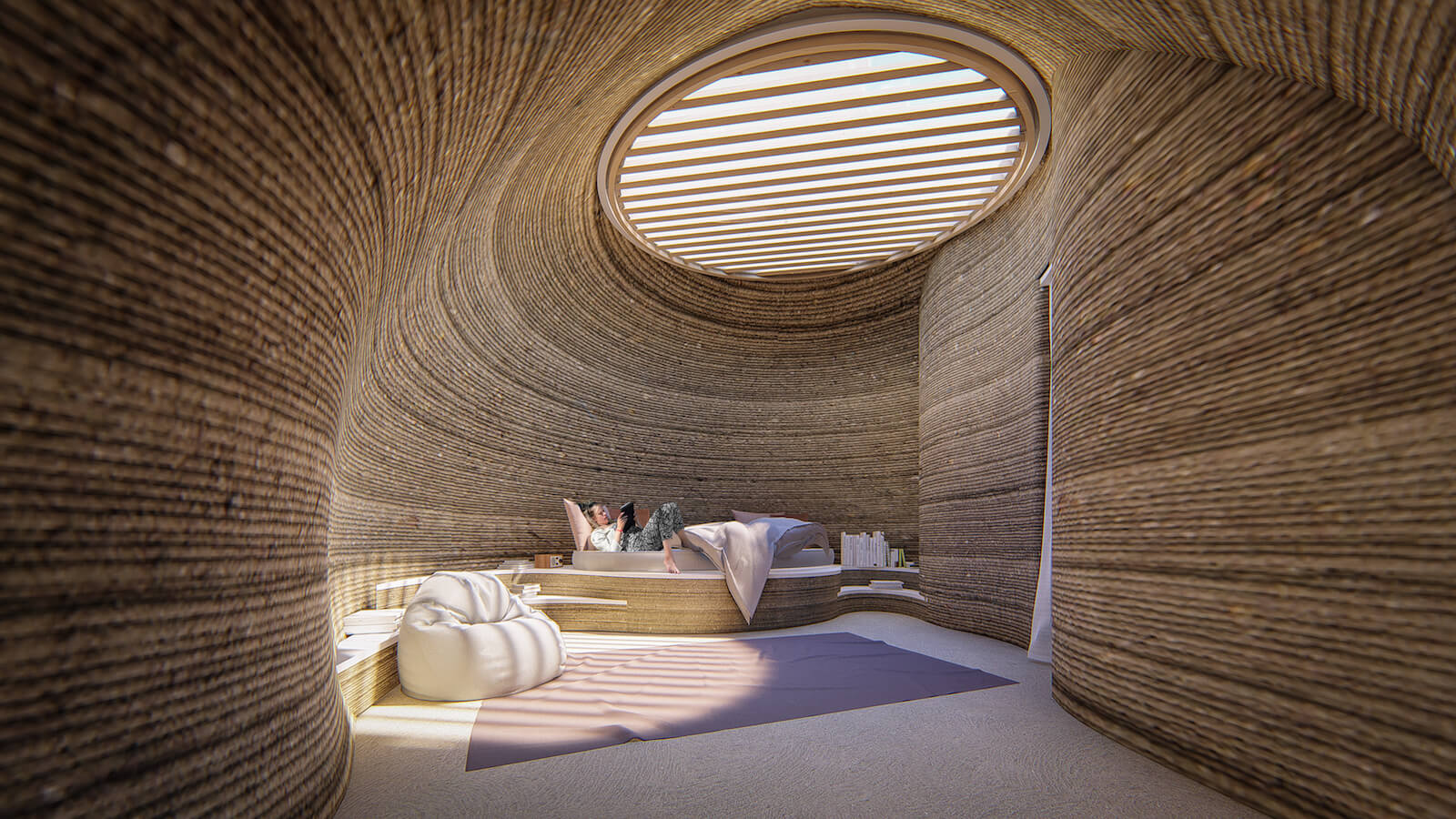 The answer might lie in TECLA’s cool factor. While it was conceived as a humanitarian initiative, the building has sparked the interest of people of means: the firm has received requests from landowners who want to build eco-resorts. The sociologist sees this as the gateway to making the so-called mud house cool for everyone else. Then there’s its undeniable sophistication. By using parametric design, the firm could even precisely calibrate ventilation and insulation and ensure an optimal thermal mass.

“It’s not just a naïve shape, but also very performative,” says Giglio. The built-in furniture was printed along with the shell, and the integration of moveable furnishings and lighting, poured flooring (a clay-cement mix called Terracruda, made by Primat) and an eco plaster will complete the project, which is expected to be inaugurated in spring. And then there’s the landscape design. Conceived by Frassinago, the outdoor grounds are designed to collect water and use it for domestic purposes as well as for irrigating vegetables in a circular design that might also make the house the centre of a micro economy.

A collaboration among architect Mario Cucinella, his School of Sustainability and the technology company WASP, Italy’s TECLA is a double-dome with a circular economy ethos.