Tom Dixon Tours Us Through Two New Launches, FAT and OPAL
As part of his recent North American tour, the British designer made a stop at Toronto showroom Klaus this week to preview new seating and lighting set to make a splash next month at Salone. Here are the highlights. 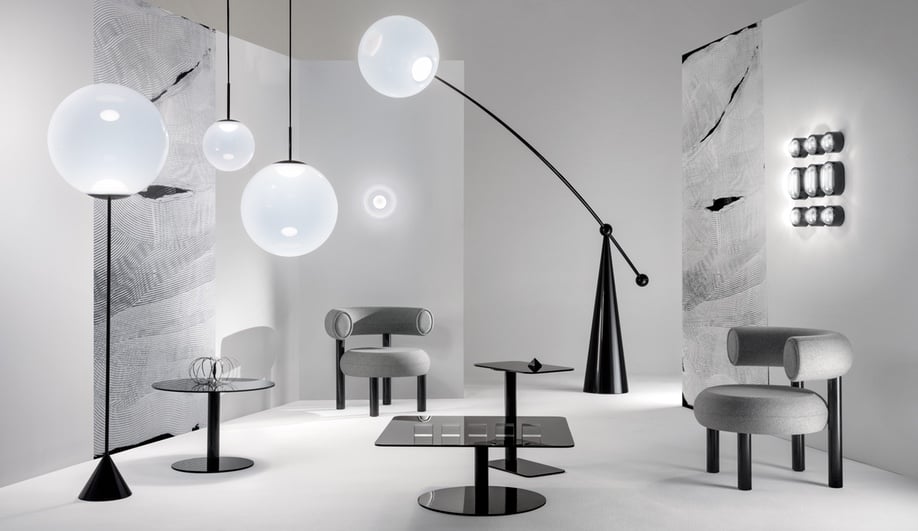 After switching careers from rock star to designer in the ’80s, Tom Dixon thought his touring days were behind him — until a biography of The Band recently reminded him of the romantic appeal of hitting the road. Hence why he’s spent the past month on a “Big Fat American Tour,” visiting eight showrooms across North America and introducing fans to upcoming seating and lighting designs (also known as “playing the new stuff” in music biz-speak) before he officially unveils them in Milan.

Dixon promises he has more surprises in store for Salone, but thinks there are benefits to building a fan base through many smaller events first. “On the media side, yes, you’re always expected to show newness in Milan. But people are still incredibly slow to actually buy new furniture. So pre-launches are one way of getting products into people’s heads by the time their next project rolls around. In America, you get out what you put in.” 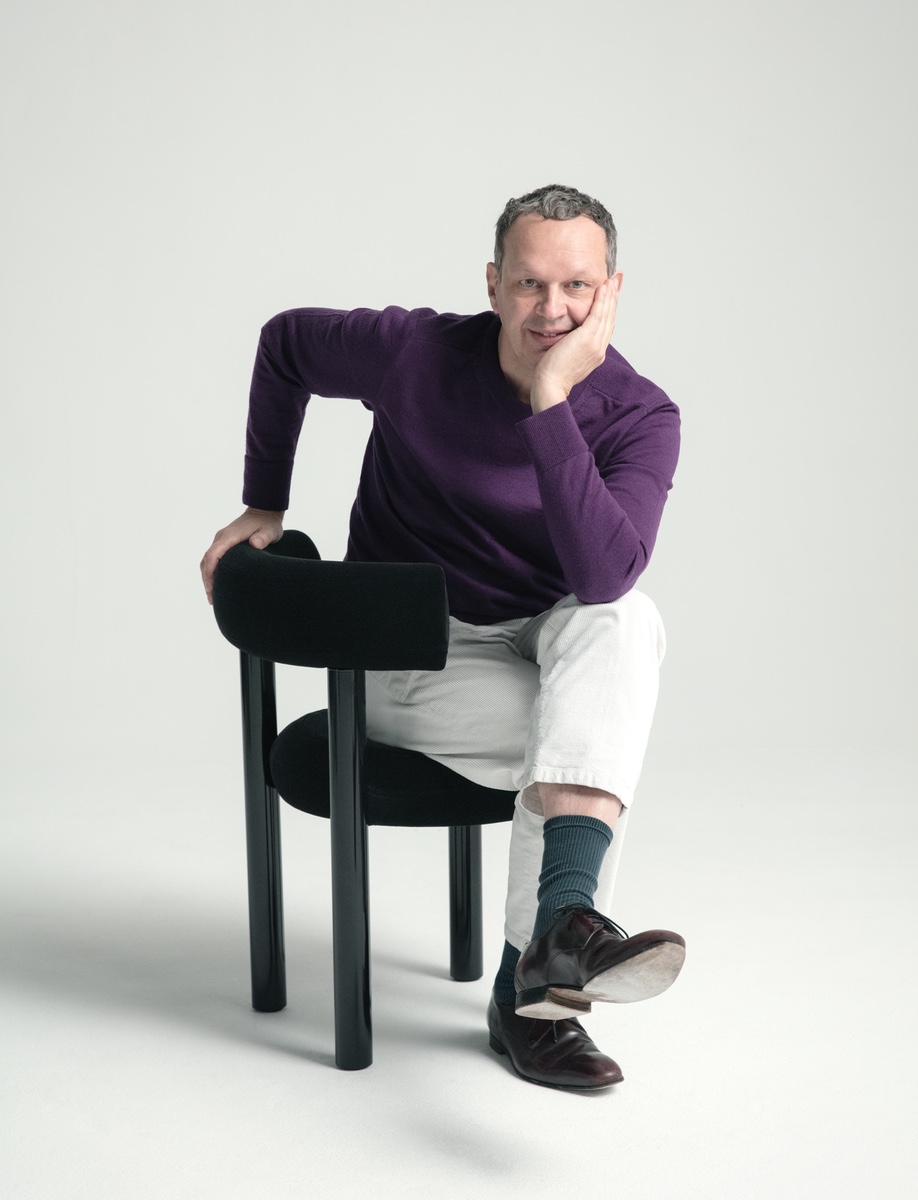 We met the designer during his visit to Toronto showroom Klaus last Wednesday to hear the stories behind his future hits: FAT, an upholstery chair range encompassing a bar stool, lounge, and dining chair originally designed for Dixon’s new London restaurant, The Coal Office, and OPAL, a series of pendant and floor lights defined by translucent orbs. 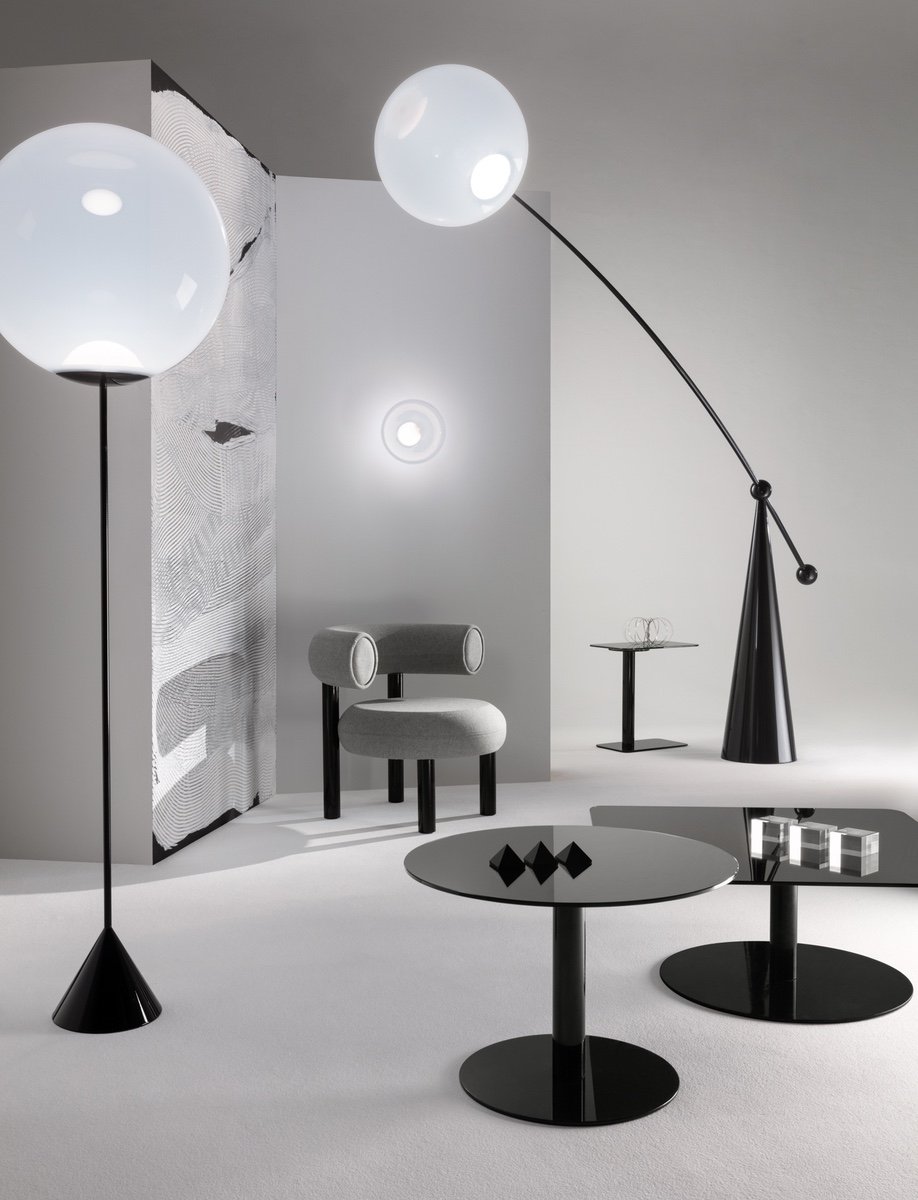 Monochromatic black colour palettes and minimalist, geometric forms give both ranges a modernist slant, but the designer says any resemblance between them and output from the Bauhaus school — currently celebrating its 100th anniversary — is purely fortuitous. “Sometimes these things are just in the air,” he says. “Of course, with its glossy lacquer, FAT could also be read as being pop. It’s a good quality to be chameleon-like.” As for the name? “People say ‘fat’ has negative connotations, but you must reclaim fatness. A lot of padding provides comfort and robustness.” 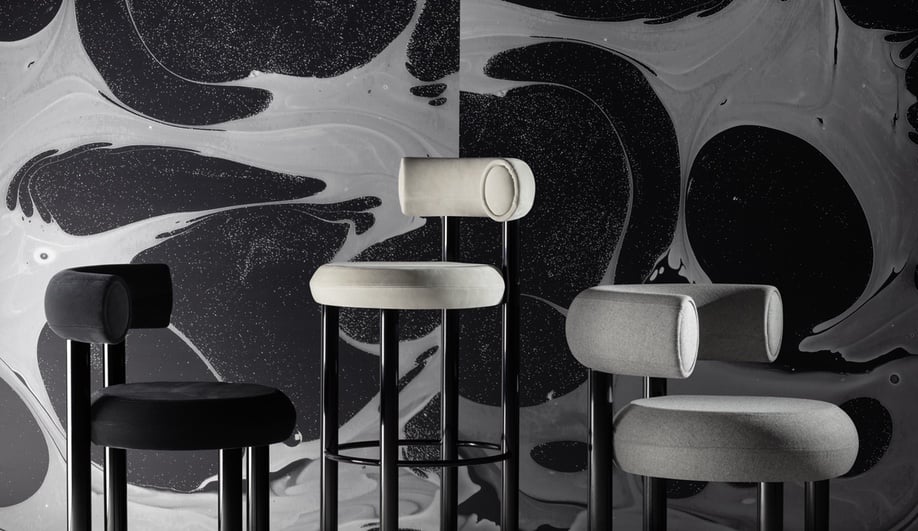 OPAL, meanwhile, focuses on luminosity. “To be self-critical, there’s probably not enough actual light coming out of many of my lights,” he confesses. “They’re about decoration, and effects, and defining an environment, but they don’t deliver pure, clean, white light.” OPAL does. Each design in the series integrates an LED module as a small half-dome at one end of a polycarbonate orb. “Yes, there are a lot of globes in lighting,” Dixon acknowledges, “but it’s the perfect shape — of our planet, of an embryo. And you can still make it distinct.”

With a Canadian blizzard as a backdrop, Dixon closed out his Toronto event by playing alongside a group of musicians invited to demonstrate Swedish audio company Teenage Engineering’s pocket-sized synthesizers. In a true testament to touring, Dixon’s bass guitar was a recent acquisition — a vintage find that he picked up during last week’s Portland visit. Ah, life on the road.