Tom Kundig’s Wine-Tasting Room Sits Atop an Okanagan Mountain
The Seattle architect installs a multi-purpose, movable structure atop a mountain for CheckMate winery. 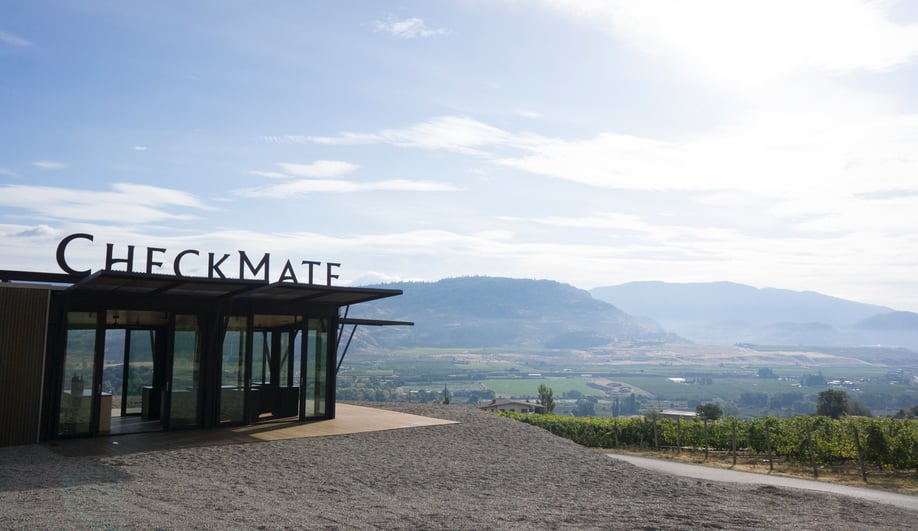 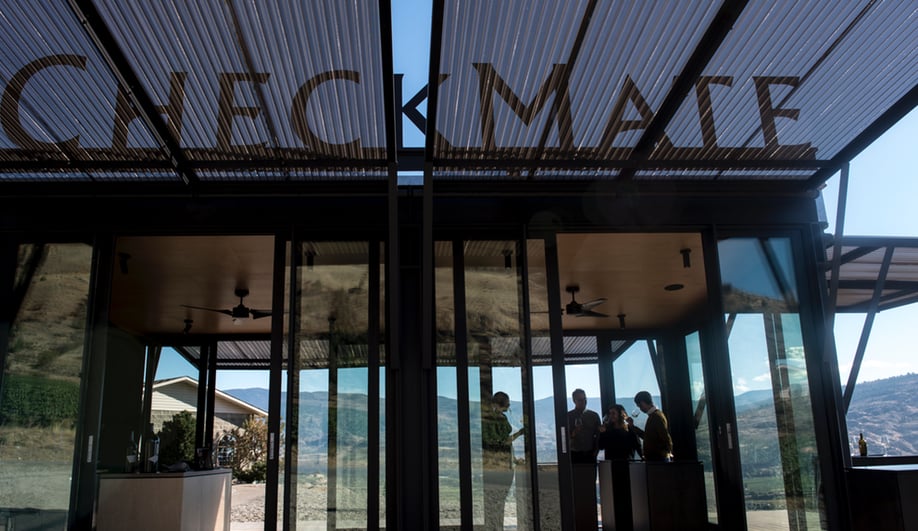 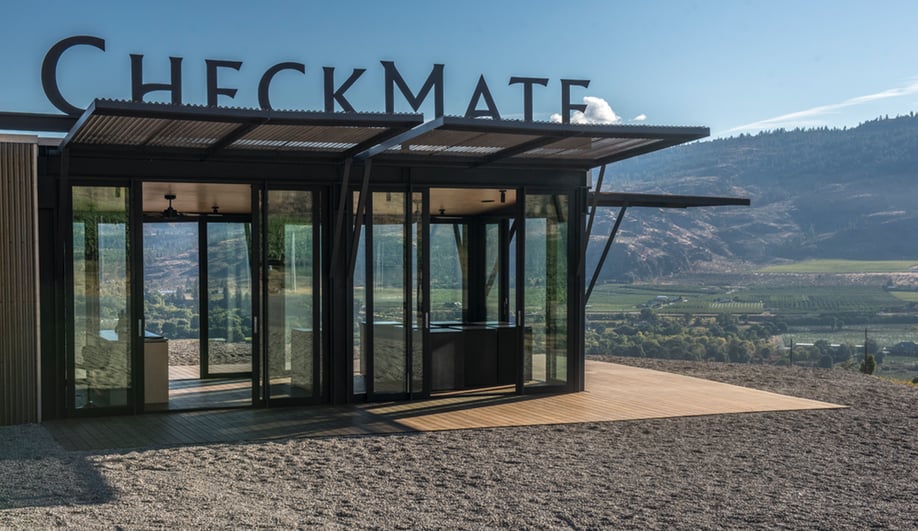 Competing with the commanding scenery of the Okanagan Valley is not an easy feat. It’s one that requires a subtle, complementary approach, which is exactly what architect Tom Kundig of Seattle-based Olson Kundig has managed with his Installation for CheckMate Artisanal winery. Perched 405 metres above sea level, the structure was conceived as a temporary tasting room for visitors to sample the offerings of the award-winning winery, not regularly open to the public.

At first glance, it seems simple enough: a 53.5-square-metre box made almost entirely of floor-to-ceiling windows. But it offers a flexibility that its simplicity belies. Sized to fit on a standard flatbed truck (with lifting lugs incorporated in its design), the building is both transferable and morphable, and intended to serve multiple uses and, as Kundig notes, “to be appreciated in many different ways, especially in how it celebrates its context, whatever those surroundings might be – urban or rural, cultural or natural.”

In its current incarnation, Installation certainly celebrates the picturesque surroundings, which CheckMate owner Anthony van Mandl has actively been championing to transform into the wine capital of Canada. Kundig’s architectural bias is one that sees “any structure that is relatively small should be subtle and simple in materiality because it makes the form read stronger.” This method is evident here, where the material palette is restricted to mainly steel, glass and wood.

The front of house portion, which comprises two-thirds of the rectilinear structure, features floor-to-ceiling sliding glass doors to take advantage of the views and create an indoor-outdoor transparency. The back half is clad in corrugated steel and currently houses the mechanical elements and storage. (In future uses, say as a remote cabin, this area could contain a kitchen, bathroom and other spaces that require privacy or security.) Six perforated corrugated metal shutters on three sides of the structure are lowered and raised manually using a gas-spring system.

All the metal cladding – the fixed walls and non-fixed shutters – have been left unpainted to acquire a patina over time; with the perforations in the screening also creating a veiled, translucent box effect when lowered. Kundig chose corrugated metal to reflect the Installation’s current agricultural location, and because it is “a relatively efficient way of shaping metal into a strong shape, which is also why farmers find it efficient and cost-effective.” 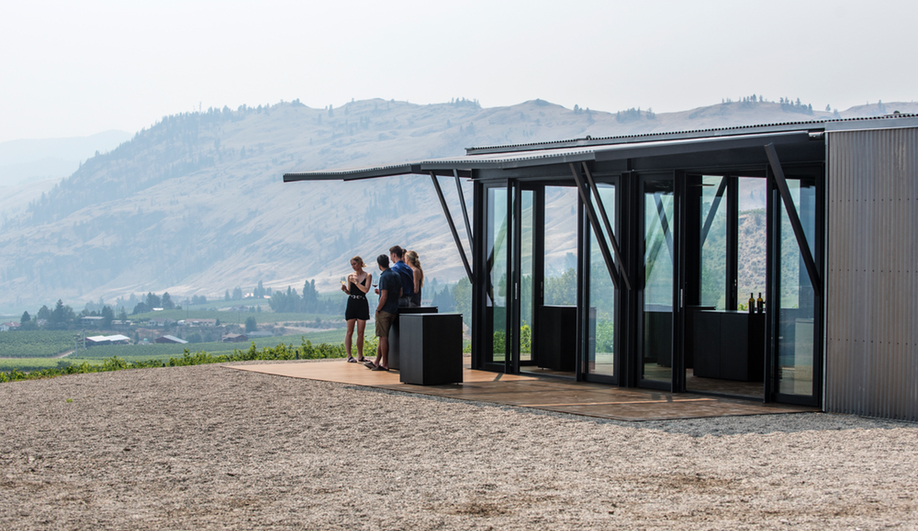 Kebony wood flooring is carried from inside to the outer deck, and will lighten to a silver tone with exposure to sunlight. Black-stained maple plywood tables that are easily moved around the space and an ebony-stained plywood display wall complete the unfussy interiors, with a sloped roof that reaches just over 4 metres at its apex tops it all off.

Originally intended as a temporary tasting pop-up for CheckMate, the spot has proven to be widely popular and public access has been extended indefinitely, by appointment only.