Christchurch’s New Central Library is Practically Earthquake-Proof
Schmidt Hammer Lassen's new central library in Christchurch, New Zealand, is a made-for-place masterpiece that is inspired by the local culture and landscape. It's also built to stand up against earthquakes. 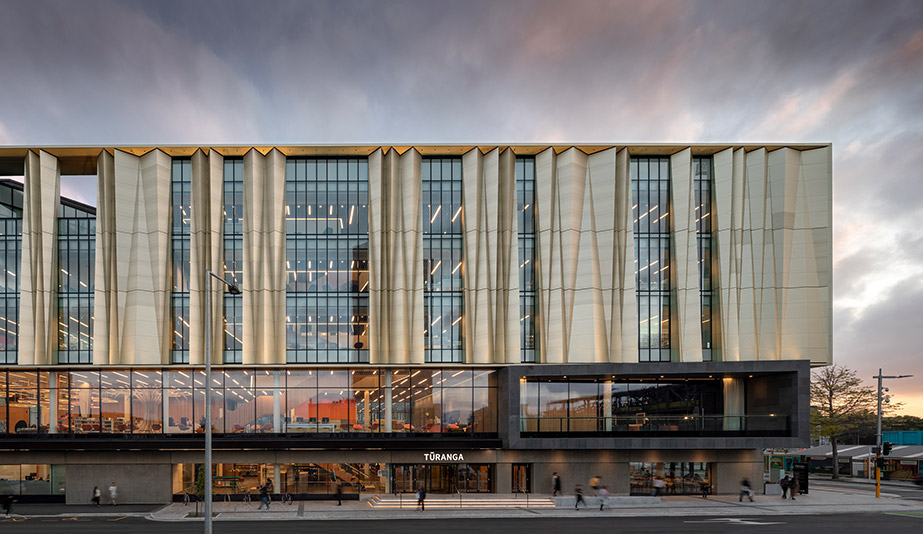 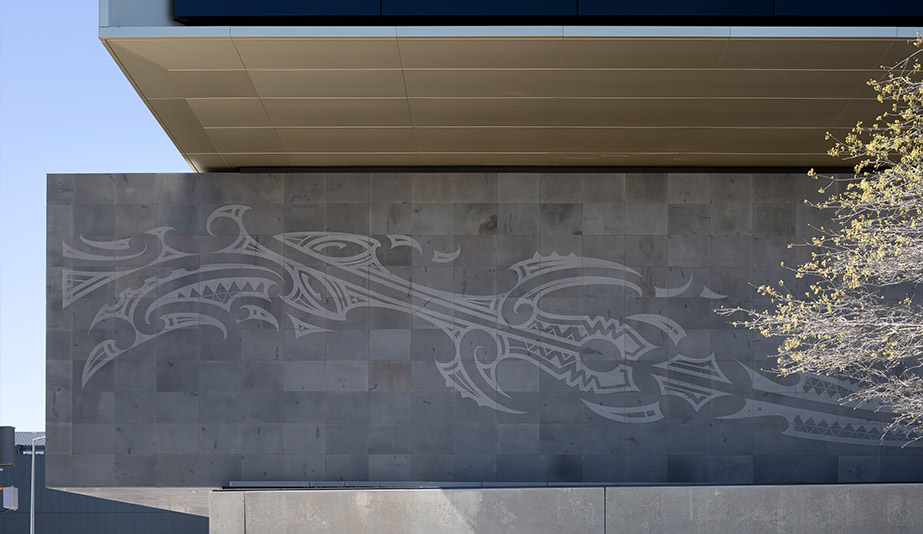 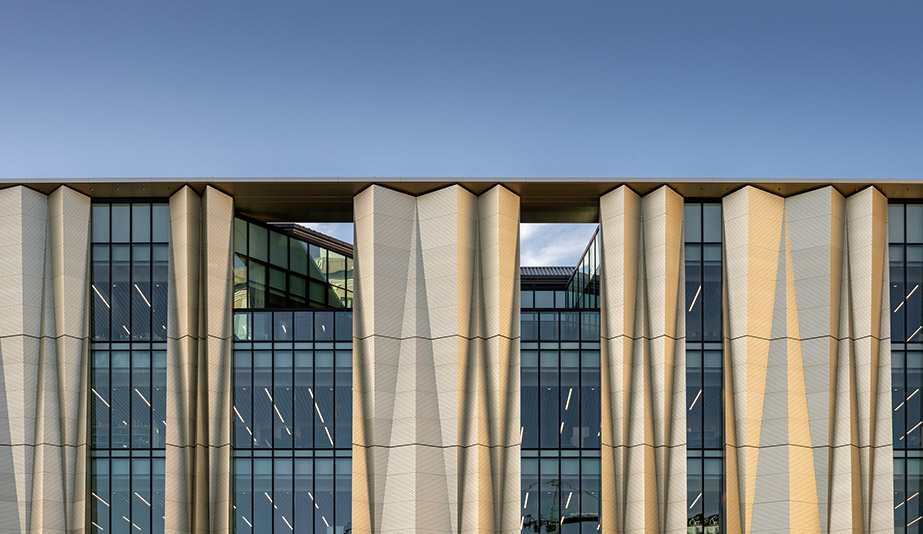 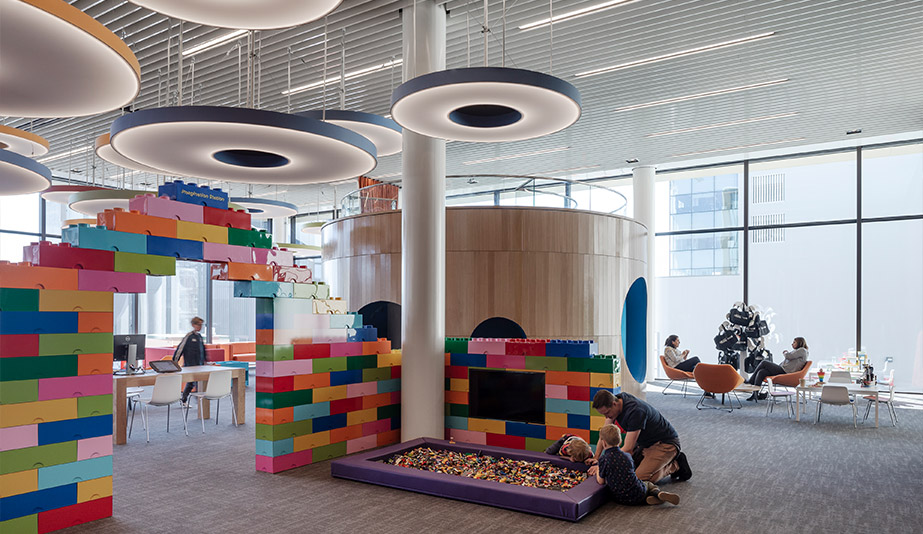 Danish architecture firm Schmidt Hammer Lassen is on a bit of a role with libraries, unveiling award-winning institutions in Denmark, Scotland, Halifax and Edmonton over the last handful of years. Their latest, sure to be another prize-earner, is also a milestone in the recovery of Christchurch, New Zealand. Tūranga, the new central library, is one of the first major public building projects to wrap up in the city following a devastating series of earthquakes in 2010 and 2011. Designed in association with local office Architectus, the building is already drawing people back to the square that is anchored by the city’s iconic Gothic Revival-style cathedral, which was left partially in ruins after the 2011 quake. 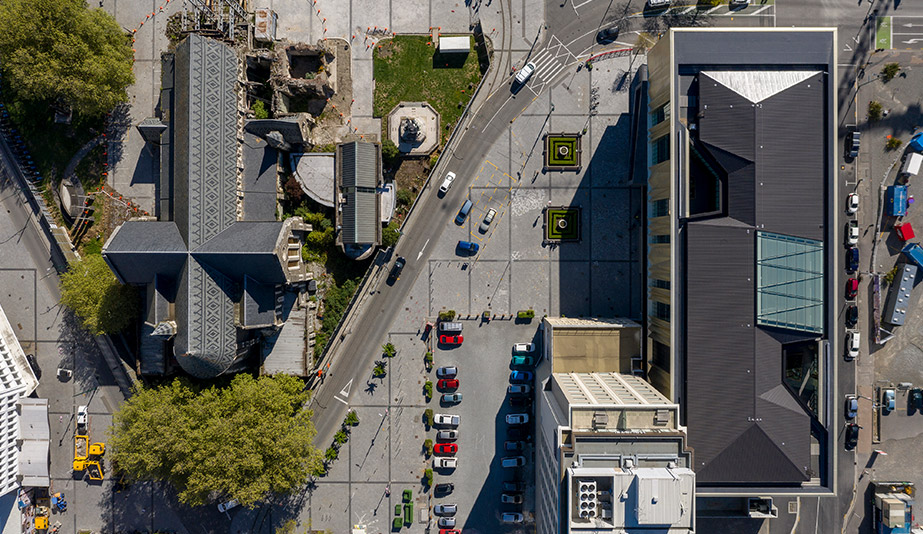 Home to more than 180,000 books, the new building also offers studios for media, music and film, robotics, 3D printing, laser- and vinyl-cutting, plus exhibition spaces, a conference room, a play area and rooftop terraces with stunning views. Marrying local culture with engineering innovation, the library is built to stand up to future seismic incidents and was designed in close collaboration with the community, including the indigenous Māori people. 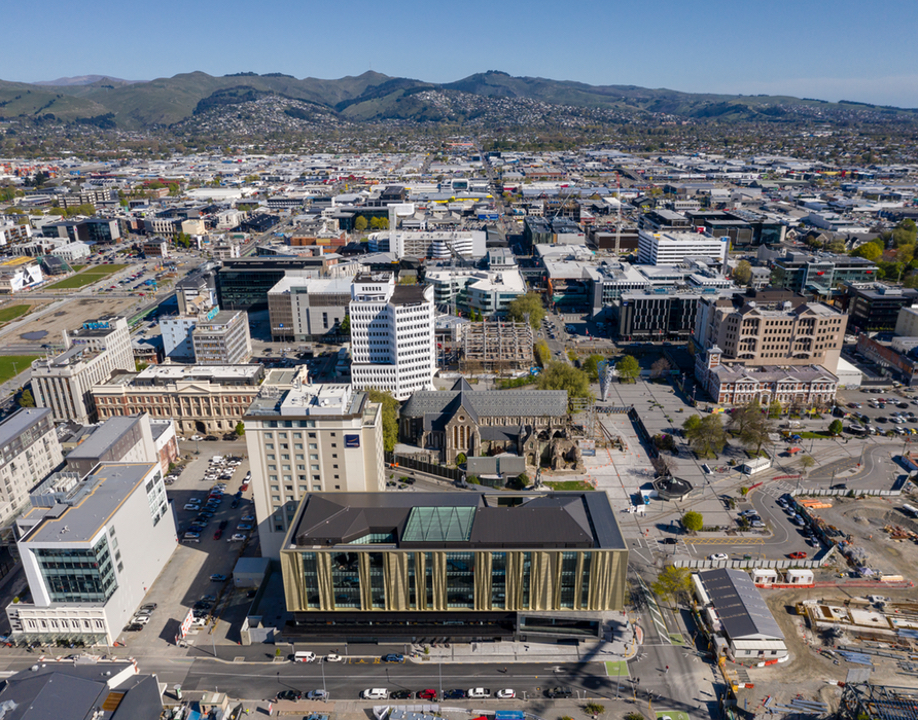 Named for the Māori word for “foundation,” Tūranga strengthens the position of the historic Cathedral Square as a public amenity. The 9,600-square-metre library is woven into the changing streetscape by taking its design cues not from the historic church across the street, or the new constructions going up around it, but from nature. A shimmering gold facade, fabricated from perforated aluminum, reflects the light and seems to blend right into the sunset at day’s end. The screen’s folded form evokes both the mountains that loom in the distance, and the tall, sword-like blades of harakeke, a plant that is similar to flax and used for traditional cultural practices. 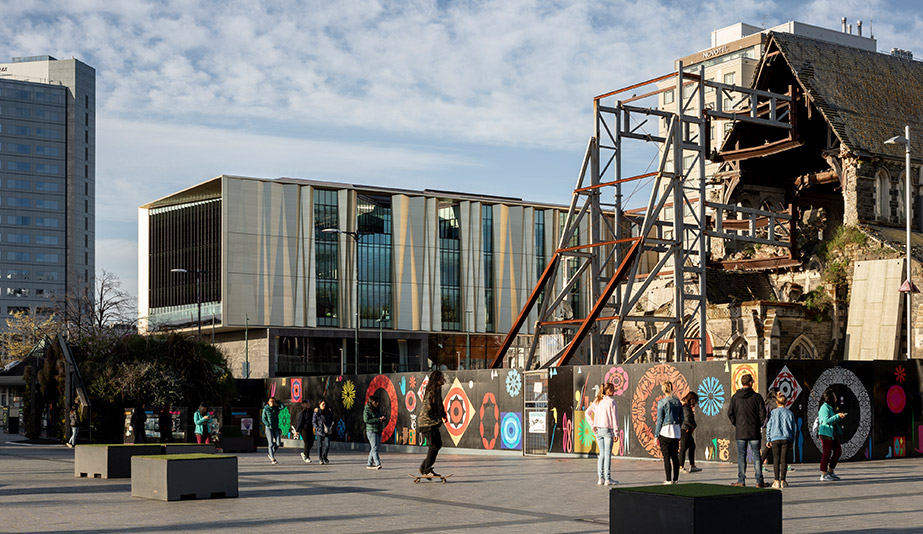 Below the metal cladding, the building meets street level with a ground floor that is envisioned as an extension of the square. Meant to express whakamanuhiri, a key cultural concept of welcoming visitors, the main entrance is open to the street, with glazed walls spanning floor to ceiling. The reception area beyond is backed with a feature wall plastered with graphics of local birds, a treatment that continues vertically through the building’s core. The colourful imagery shifts between a variety of flora and fauna that are of significance to Ngāi Tahu, the local Māori tribe, from the first level to the last, five storeys up. 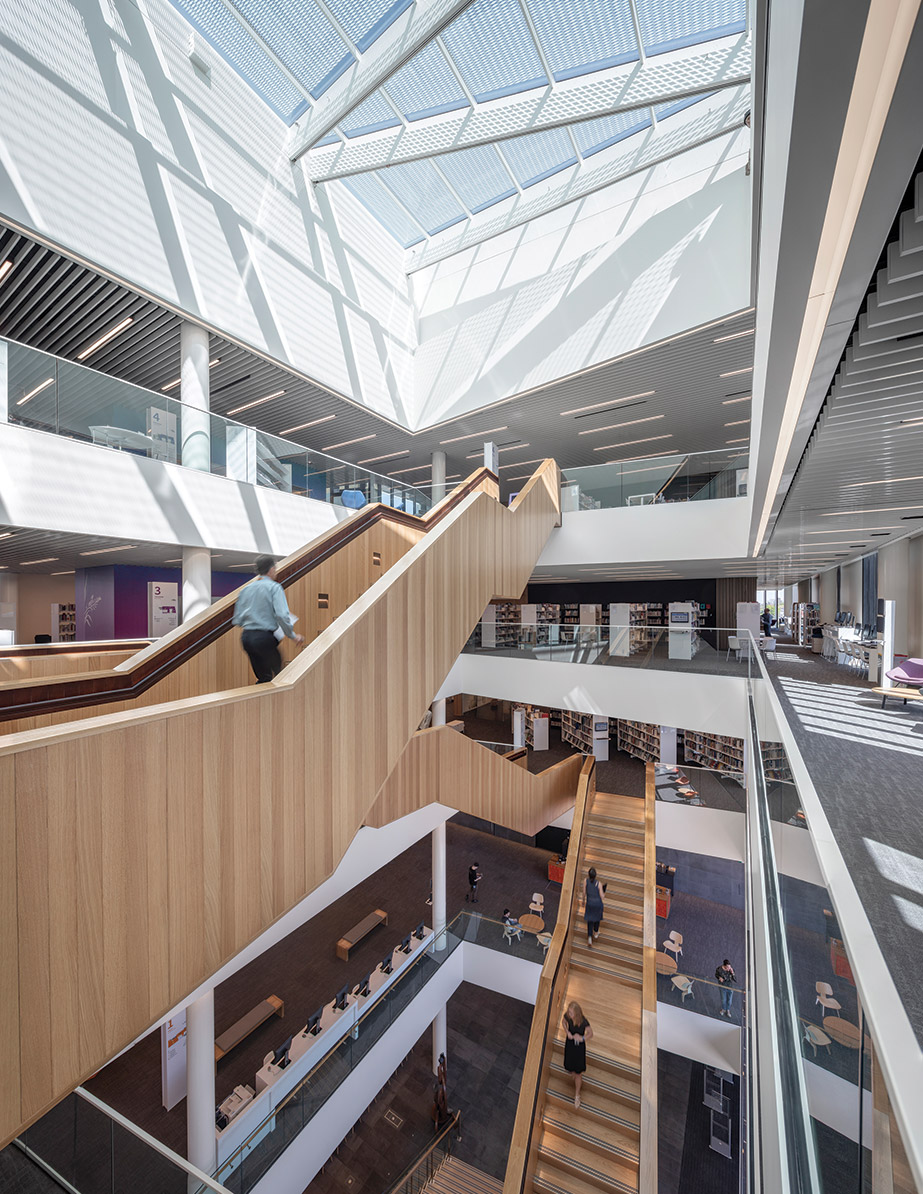 An atrium at the building’s centre is crisscrossed with a wood-lined staircase that makes room for reading, resting and even for gathering. The stairs are made to reference to Tāwhaki, a supernatural being from Māori mythology, who climbed a vine to the highest heaven in the sky in a quest for knowledge. 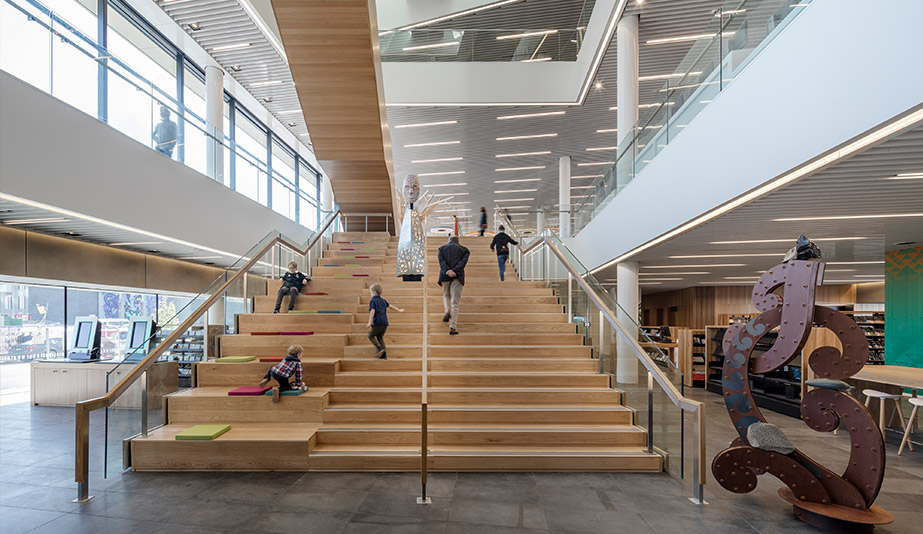 The 3,000 patrons expected to visit each day can rest assured that the new building is ready to stand up to any future earthquakes, and in the event of an occurrence, the library will be among the safest places in town. The architects worked with Lewis Bradford Consulting Engineers and scientists at the University of Canterbury to integrate the building with features that should prevent serious structural damage in the event of an incident, thanks to an innovative self-centring mechanism. 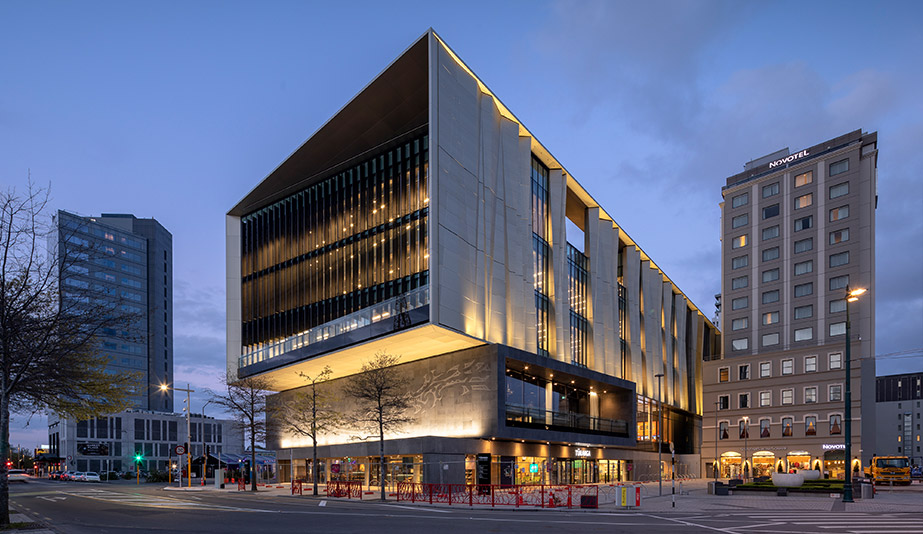 This “seismic force-resisting system” is made up of a series of massive concrete walls that can “rock and shift to isolate the building from peak accelerations during an earthquake,” even a serious one, says Schmidt Hammer Lassen. Each of these walls is enhanced with high-tensile, pre-tensioned steel cables that grip the walls to the foundation. The cables are able to stretch and flex, allowing the building to sway back and forth, then right itself, returning to its original position. 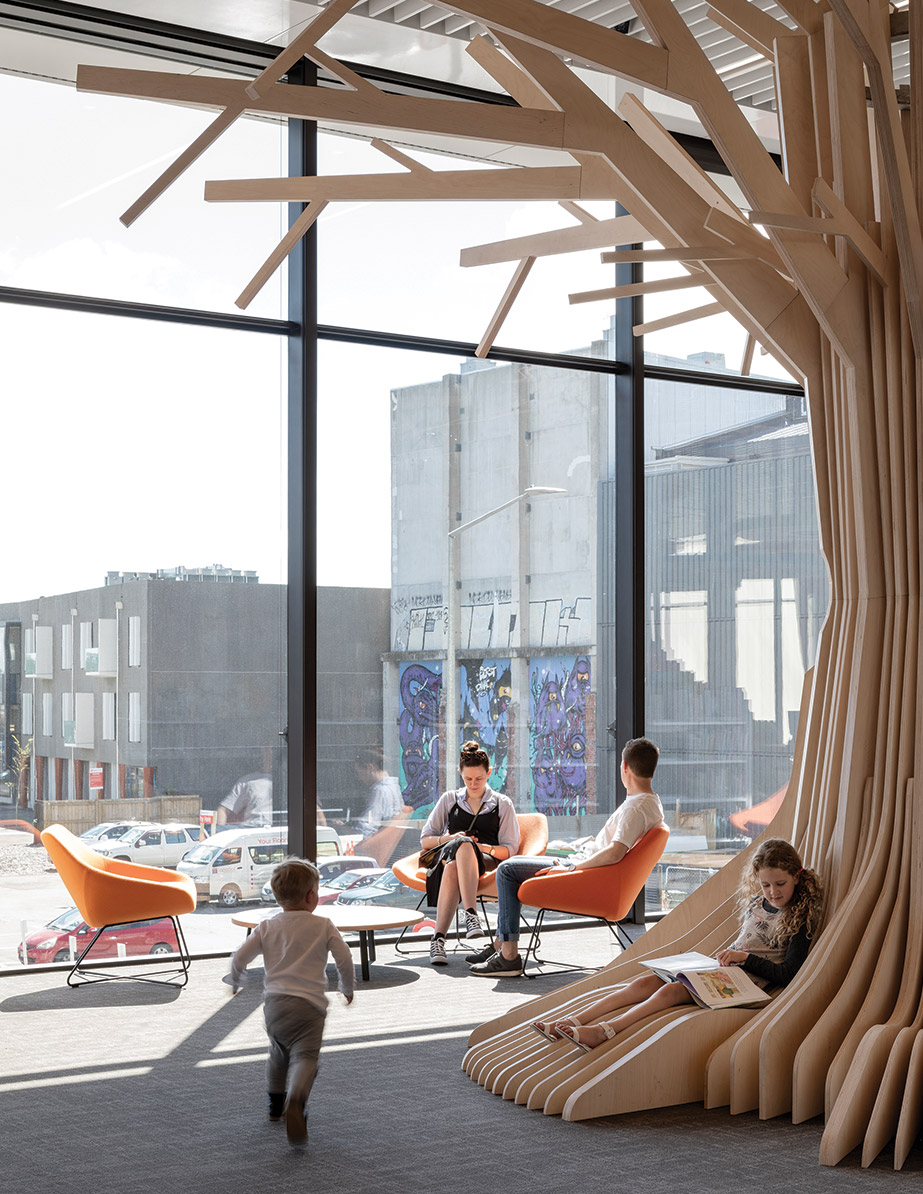 “Tūranga is the kind of multi-faceted project that layers architectural interest with significant cultural relevance,” says Schmidt Hammer Lassen co-founder Morten Schmidt. “It has been a privilege to design a project that not only fulfills the need for a new central library, but also one whose mission of restoring the soul of the city includes the deep cultural heritage of Ngāi Tūāhuriri, the local Māori people.” 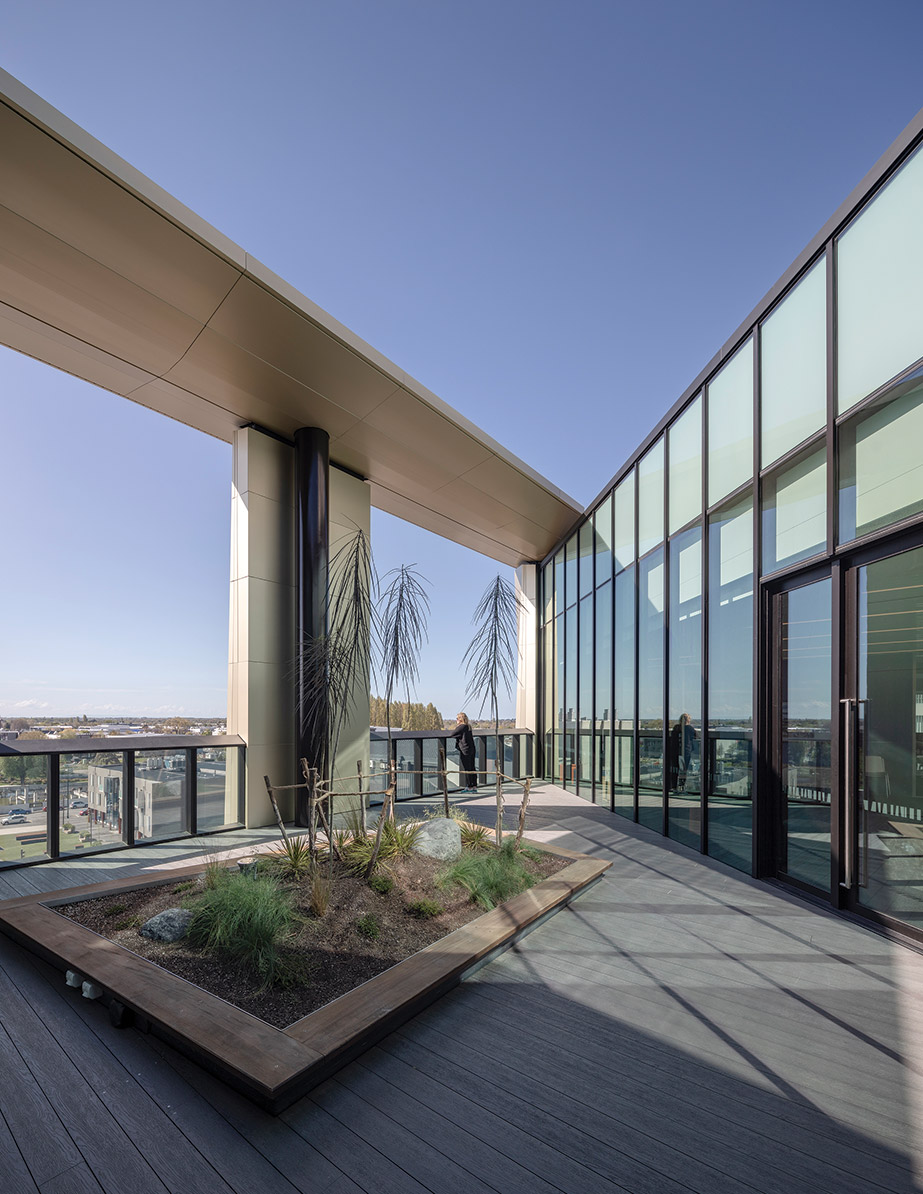