A Jaw-Dropping Business Faculty in Santiago
Two distinctive towers - punctuated by voids and rising from a landscaped plinth - establish a unique architectural identity in this scheme by Rafael Hevia, Rodrigo Duque Motta, and Gabriela Manzi. 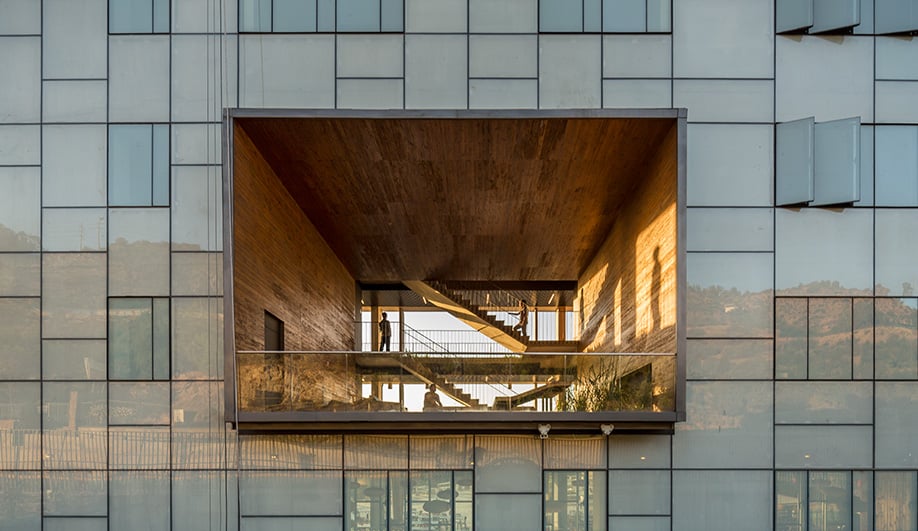 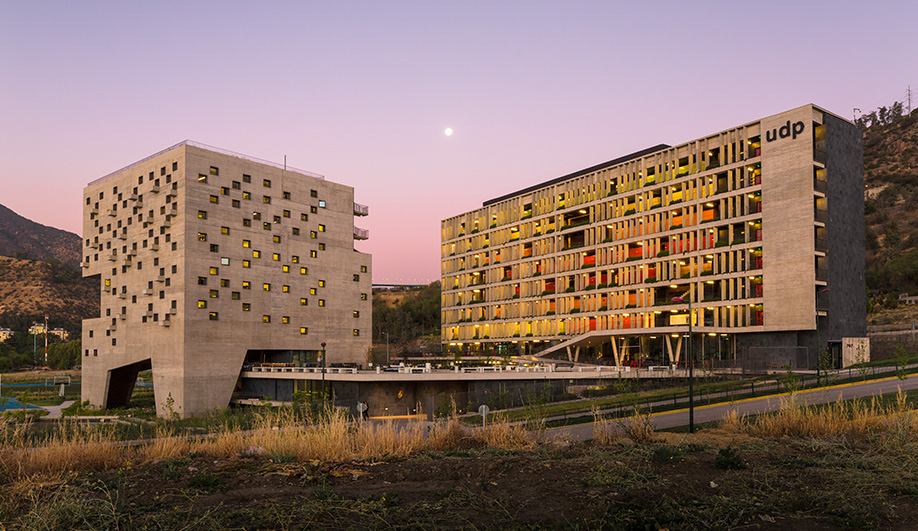 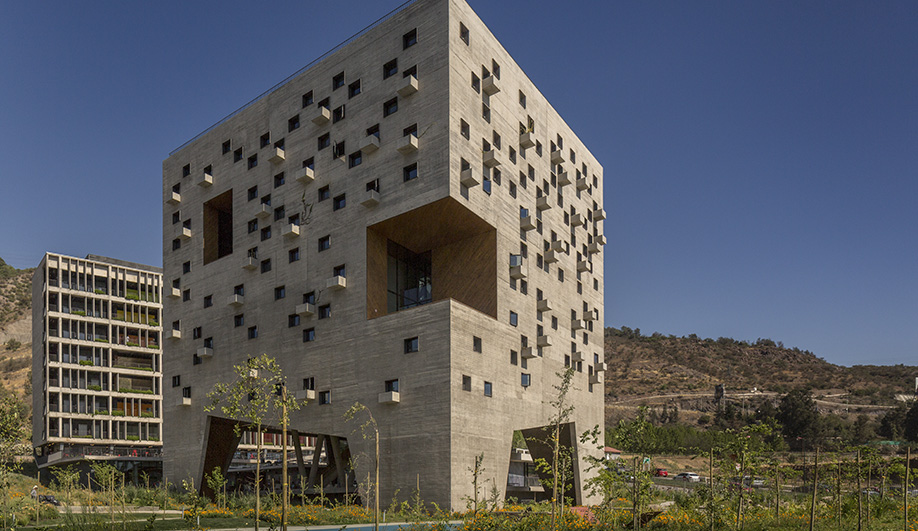 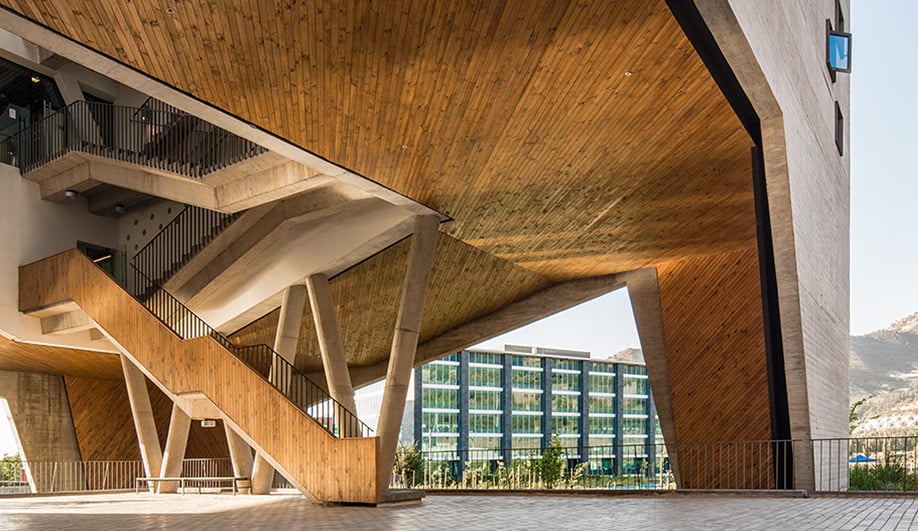 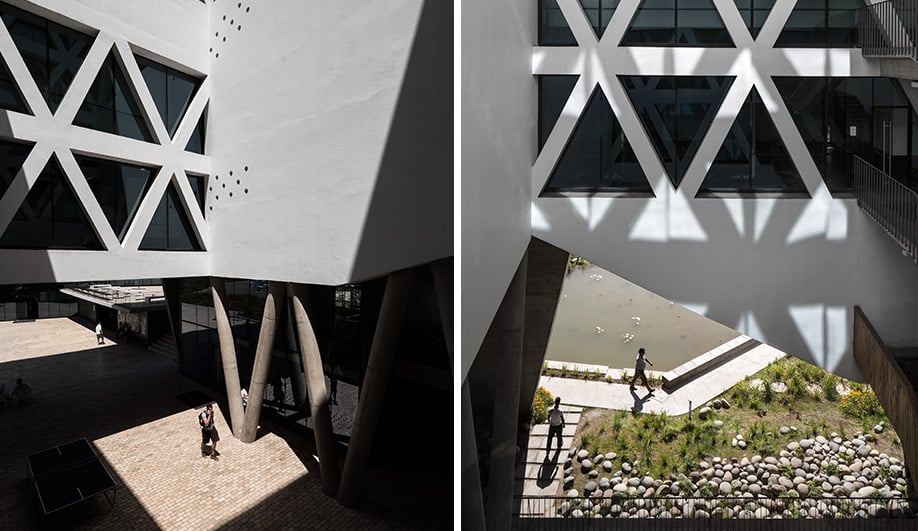 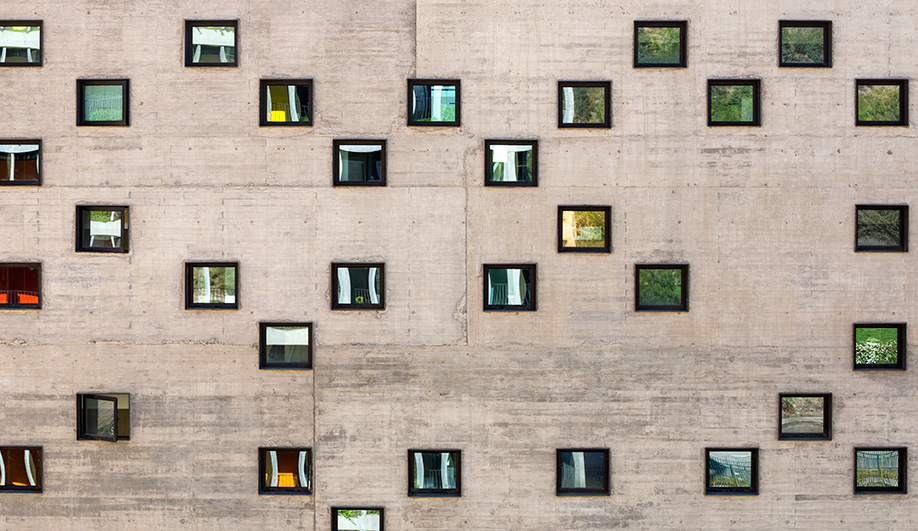 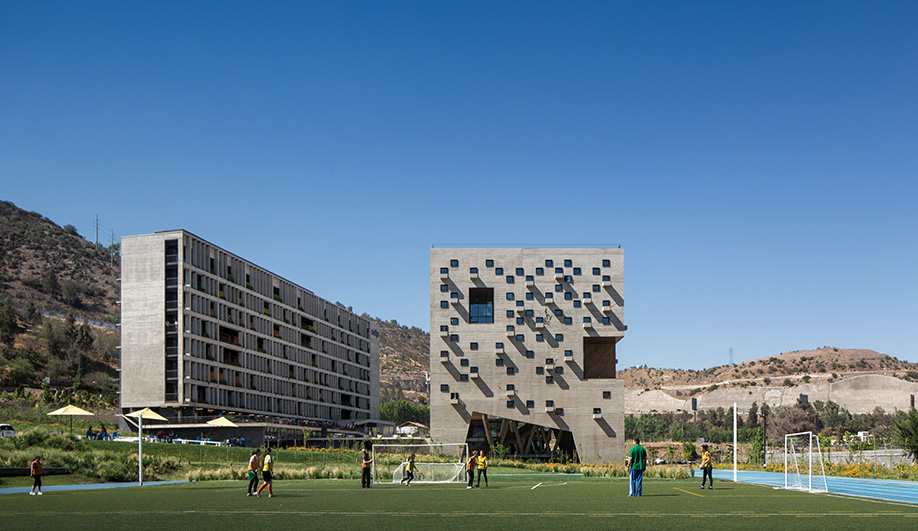 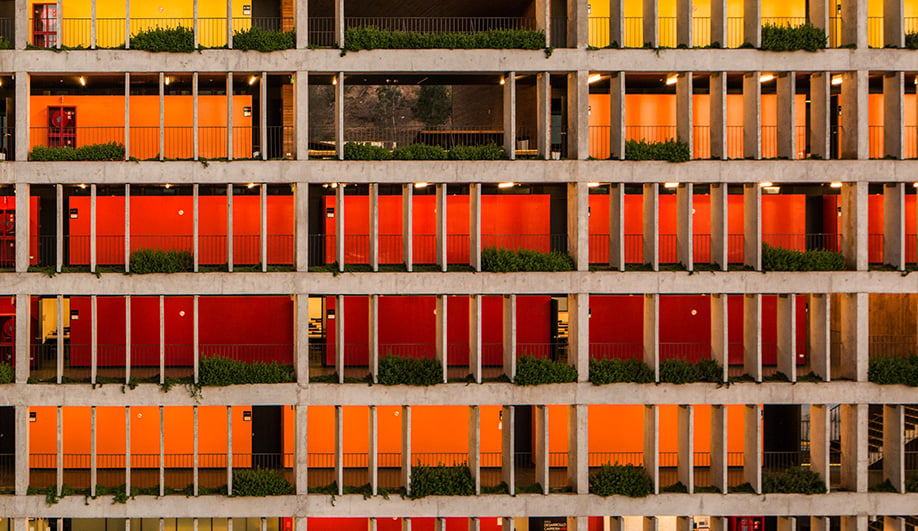 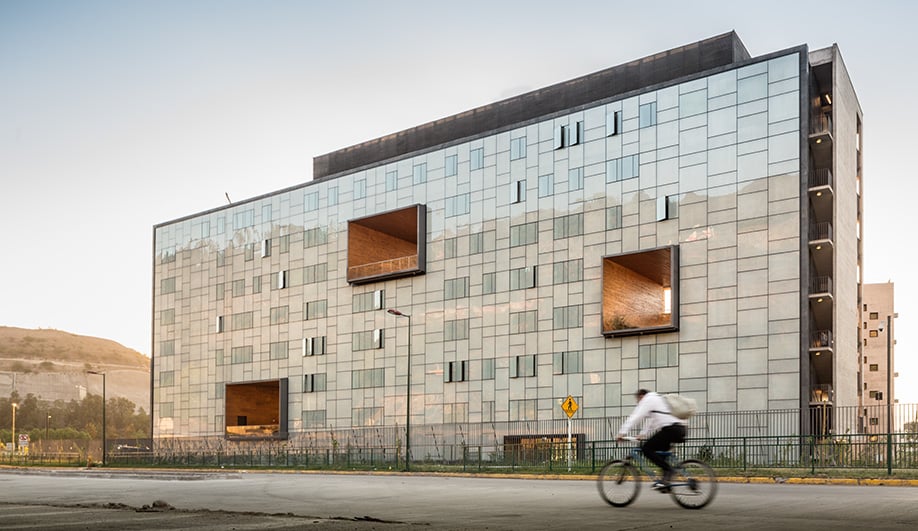 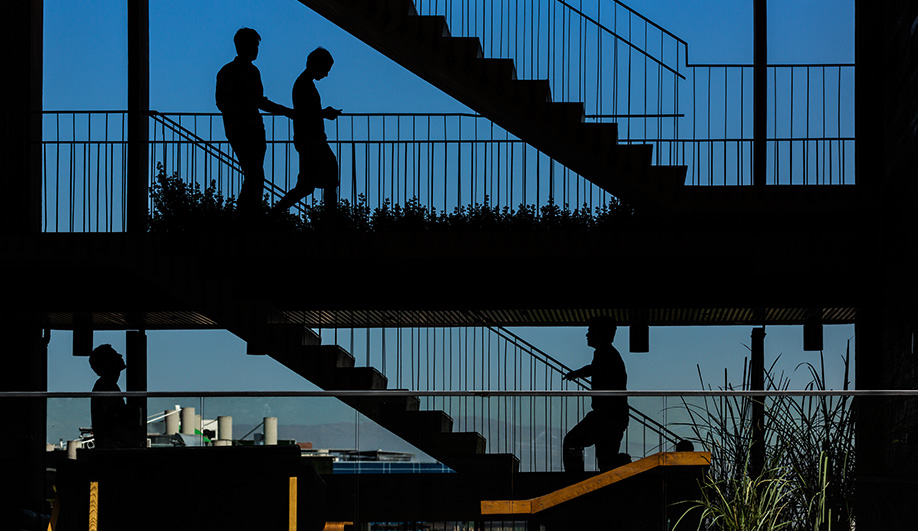 When they set out to develop their competition-winning concept for the Economics and Business Faculty of Diego Portales University, the design team of Rafael Hevia, Rodrigo Duque Motta, and Gabriela Manzi was influenced by the site’s surroundings in more ways than one.

In the heart of the Huechuraba business district of Santiago, Chile – a neighbourhood of nondescript glass cubes housing rental office space – it set to work on a sloped site at the foot of the San Cristobal hill. With the Huechuraba valley below, and the mountains in the distance, the team sought to evoke permanence and stability while standing out from the corporate architecture – to achieve a complex that felt creative, but not whimsical.

The entire program sits on a 17,000-square-metre basement housing a cafeteria, library and auditorium – its rooftop a massive plinth that defines the boundaries of the site. Atop this stage, a bar-like tower stacks eight storeys of undergraduate classrooms in a rectangular mass that serves as a backdrop for the entire campus. An exterior corridor hidden behind a landscaped balcony winds back and forth across the facade, overlooking the central terraces from between irregularly spaced louvers. Interspersed across the building’s facade are three terraces that perforate clean through to the other side, providing areas for social gathering, breaking up the massing and ushering light into the building’s core.

In front of this tower, seeming to pose like a performer against a curtain, the second structure rises on four legs, its underbelly lined with planks of wood. Outdoor corridors at ground level are sheltered beneath the structure, which rises on all sides in concrete walls dotted by irregular windows, kept small to reduce heat gain. Inside, a spiraling series of graduate classrooms and academic offices winds upwards around a central light-filled atrium.

Although these moves make strong and unorthodox statements, especially among such conservative neighbours, the campus strives for a sense of character that will only increase with age: parks will mature and fill in across the terraces, and the concrete and stone will weather. On the tower’s north and west faces, meanwhile, box-shaped planters extrude from the facade below many of the windows; these contain deciduous vines that will spread, over time, to shade the windows in summer and lend the campus an air of ivy-covered gravitas.