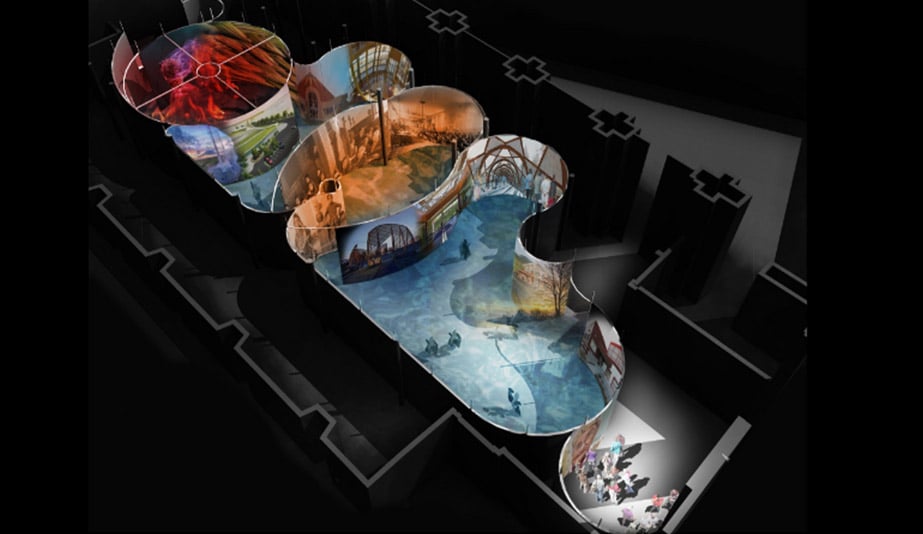 Unceded, an unprecedented gathering of 17 firms from across Turtle Island (as Canada and the U.S. are called), examines what constitutes contemporary Indigenous architecture. The exhibit, held inside the Arsenale, will be presented as a massive and immersive audio-visual installation designed by Toronto media company Mustard Shop, and comprised of a half dozen interconnected circular spaces that will allow visitors to navigate though the work of 17 firms currently practicing across North America.

For many, this will be the first time seeing contemporary Indigenous architecture. The exhibit includes projects by 7 Directions Architects, a Seattle firm recognized for its sustainable and affordable housing expertise; public installation projects by Chris Cornelius, founder of studio:indigenous, a design and consulting practice serving American Indian clients; and Formline Architects of West Vancouver, best known for some stunning and complex wood buildings found throughout the Pacific Northwest. 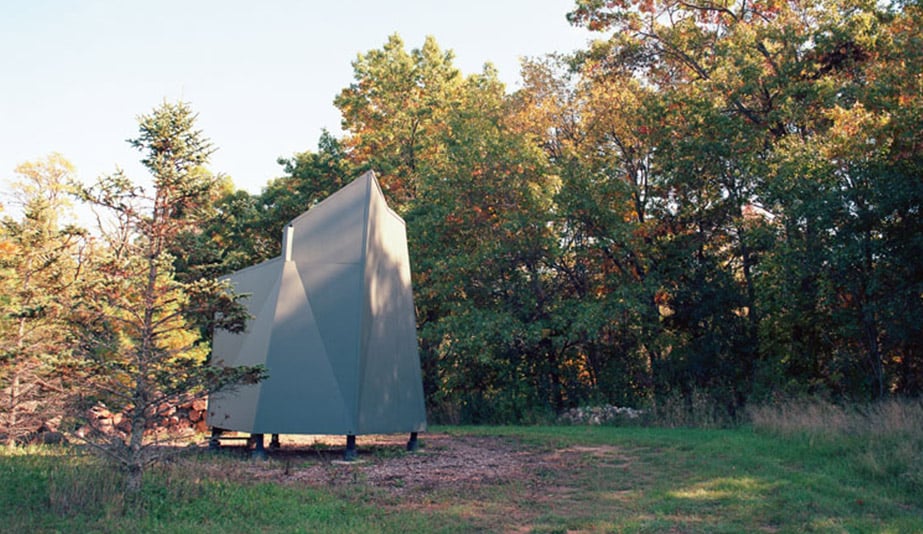 But what’s most revealing about Unceded – even before it officially opens in Venice on May 26 – is the revelation of how few native architects there are currently practicing. RAIC counts 12 active members who identify as First Nations. When Nisga’a architect Patrick Stewart registered in 1995, he lay claim to being the first aboriginal to do so in British Columbia. Brian Porter, founder of the native-owned Two Row Architects in Ohsweken, Ontario, was the next to register a year later. Stewart, who is participating in Unceded, estimates there are fewer than two dozen architects across the country who are either First Nation, Métis or Inuit. 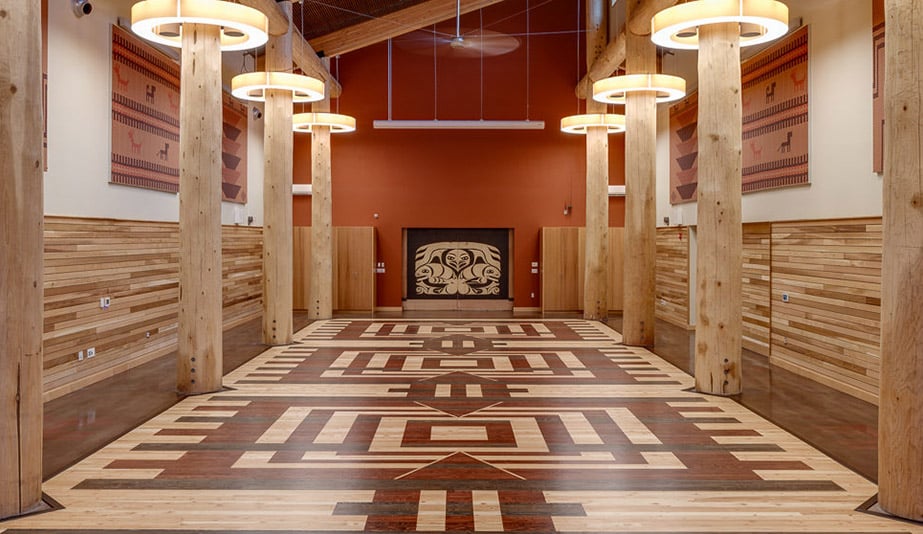 Fortin, who is Director of the McEwen School of Architecture at Laurentian University, is one of three curators heading up the exhibit. Another is Plains Cree curator and artist Gerald McMaster of OCAD University. Celebrated architect Douglas Cardinal joins them as the lead curator and elder figure. 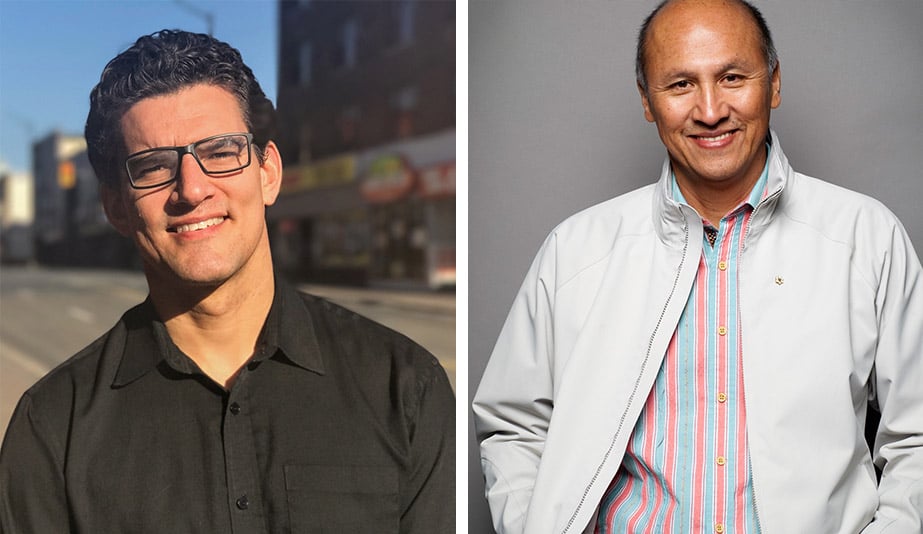 Widely acclaimed – especially for his iconic Canadian Museum of History in Gatineau, Quebec (1989) – 84-year-old Cardinal has never minced words about his views on human rights and how indigeneity has been systematically marginalized in Canada and elsewhere. In an interview with writer Tim Querengesser for a story in the June issue of Azure, Cardinal described it this way:

“The dominant culture is about dominion over nature and it’s all about power and control; it’s hierarchical. … The Indigenous worldview is entirely different and has been since the dawn of time. Indigenous people come from a perspective of balance and harmony with nature. It is a different way of looking at the world.”

One of the guiding principles is to plan for seven generations into the future. “We do an inventory,” says Cardinal. “We give back so that there is always something for the future. With colonial planning, there is no thinking about the future – those people who you don’t see but you effect.” 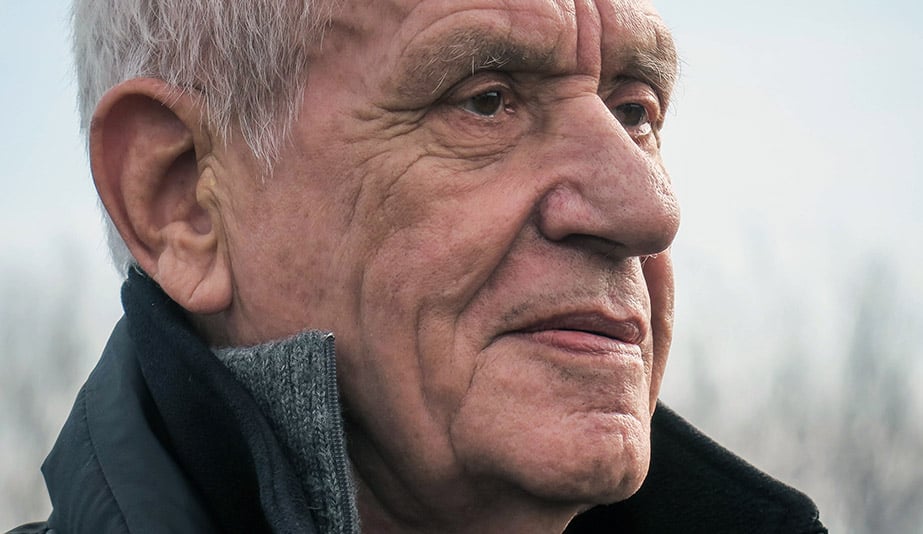 Fortin foresees Unceded as an opportunity to give Indigenous design exposure on a global stage, not as a style but as a philosophical approach to building. “Many people will see the work in terms of sustainability and there are a lot of parallels between Indigenous and non-Indigenous designers, in term of how a building looks and the materials that are used. But there’s a difference. It’s all linked into an inter-generational way of thinking that’s embedded in all Indigenous people.” 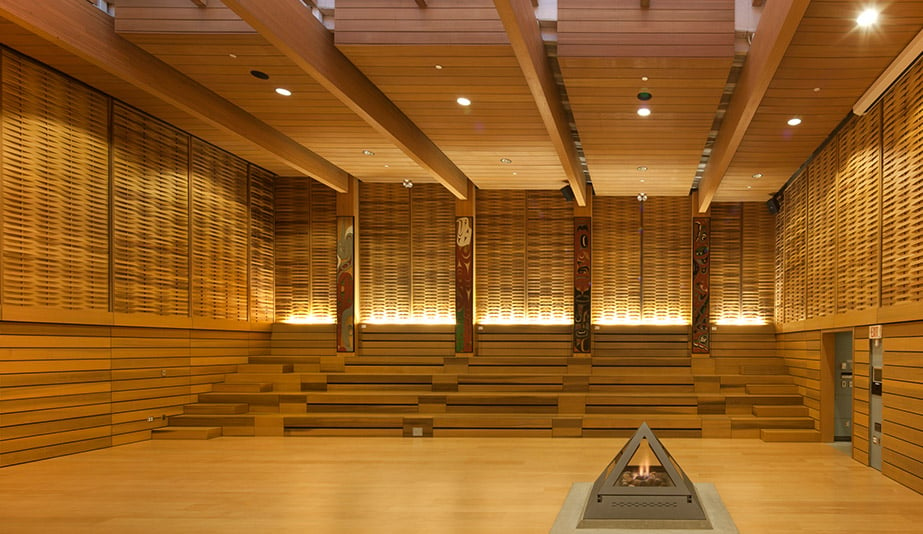 That future-forward approach naturally includes emerging technologies. “We need all the technology we can get to help solve the problems we’ve put the next generation in. Look at the oceans and all the plastic in them. Einstein always said that the people who create a problem don’t have a mindset to be able to solve a problem. We all have to change.”

Unceded: Voices of the Land opens May 26 as part of the Venice Architecture Biennale and is coordinated and generously supported by the Commissioner, the Canada Council for the Arts. Copies of Azure’s June issue, with a feature story on the exhibit written by Tim Querengesser, will be available to visitors while supplies last.