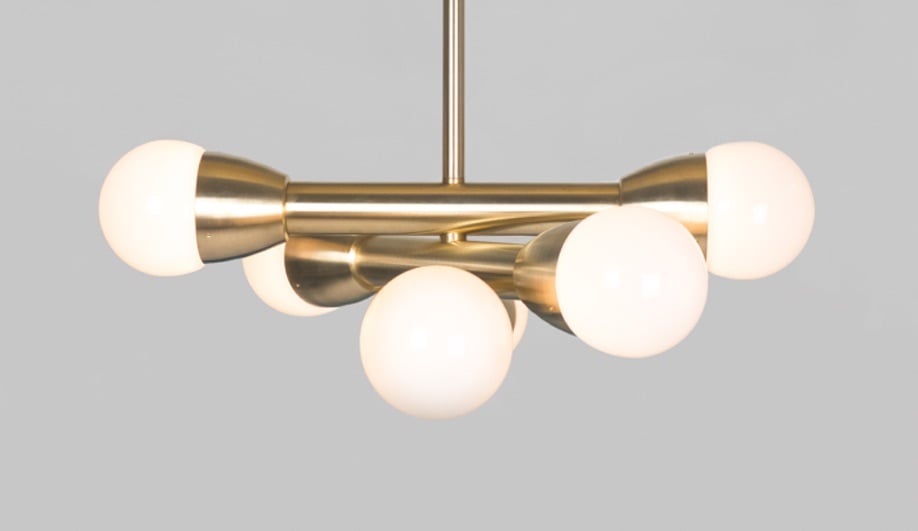 This won’t be Ben Barber‘s first time showing his work at New York Design Week. For the last three years he’s shown his furniture as party of the trendy Sight Unseen Offsite exhibition, but the Vancouver-based industrial designer is about to take the next step with a booth at ICFF. 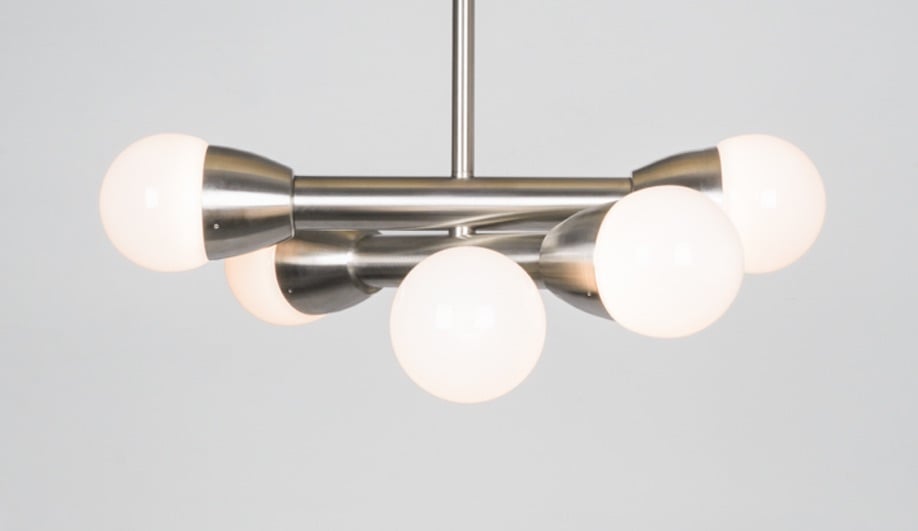 Those who have been paying attention to the pieces he’s debuted over the last few years will have noticed an interesting evolution of his work: he first caught our eye with a collection of brightly-hued furniture, including a daybed and credenza, that would overtime transform with gradient effects and candy-coloured palettes. The pieces also featured unique legs: chunky half-sphere forms based on the spun metal Bullet Bowls that Barber had started making after a chance collaboration with metal spinning fabricators AMS Industries, whose shop happens to be located near his Vancouver studio. 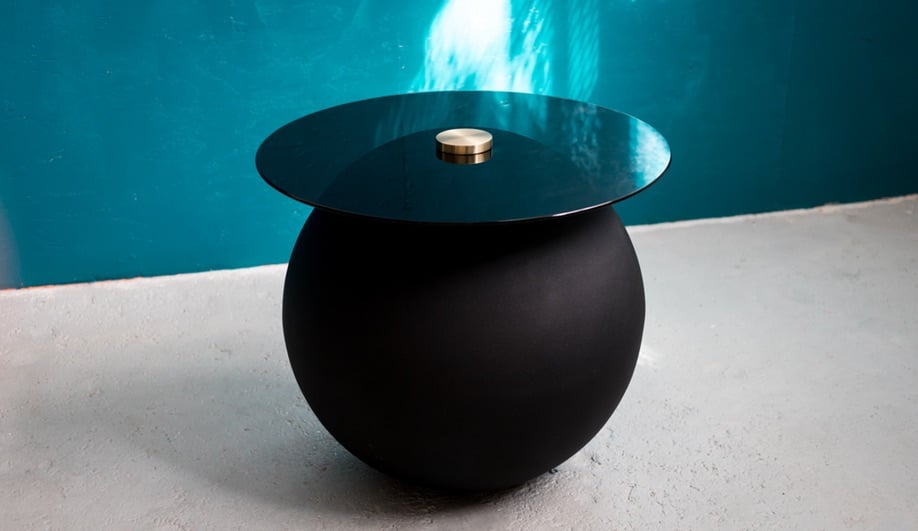 The metal components quickly spiralled – if you’ll pardon the pun – into a whole new oeuvre for Barber, who soon introduced the Pluto table, which balances a round glass table top on an orb of spun metal – a form whose two hemispheres he later split and flipped to create a more stable base for a larger dining table called Ellipse. 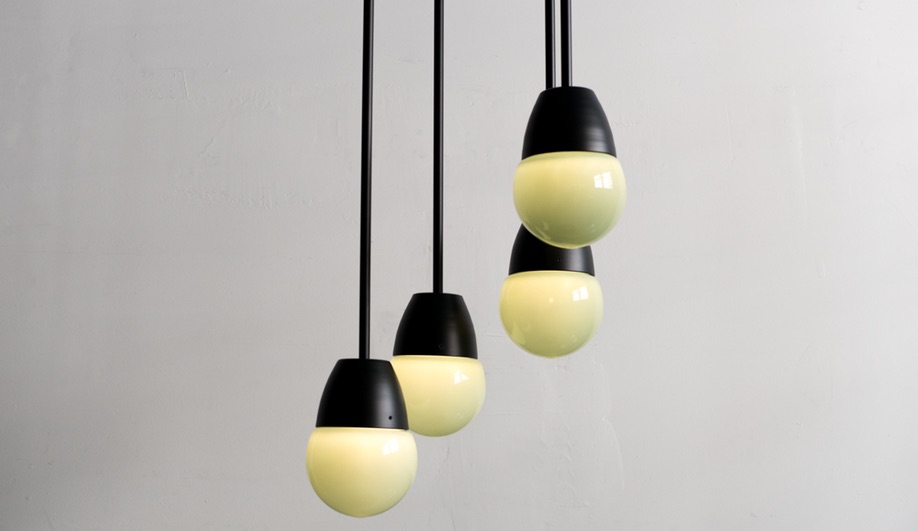 Now specializing in spun metal, Barber’s next logical step was lighting, and this weekend in New York he’ll debut Bora, his first collection of pendant lamps. Combining metal housings with rounded, thickset blown glass shades, the collection is both a departure and a natural progression of the authorship we’ve witnessed Barber developing. “I’ve tried to keep a more spherical, circular feel to all my furniture and just get rid of as many rectangular lines as I can,” says Barber of the signature aesthetic that the metal spinning explorations have helped inform. 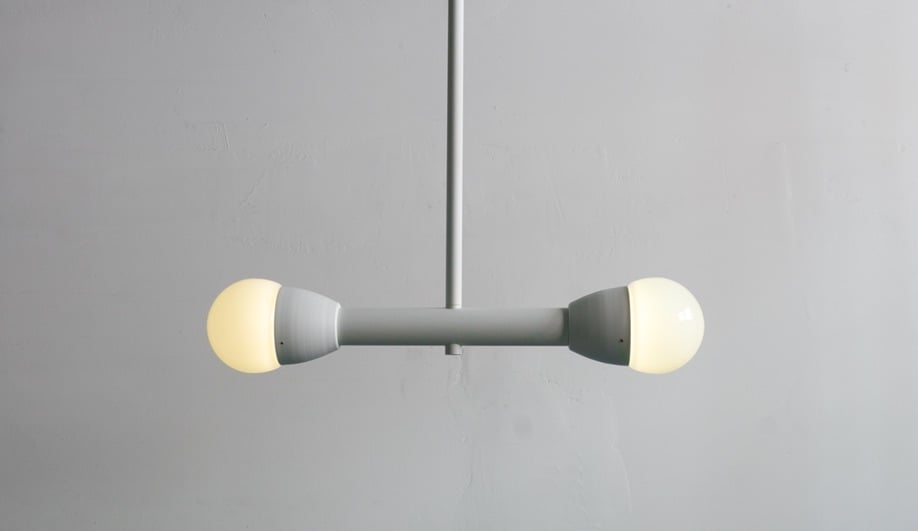 For now the line includes three iterations: Bora Pendant, with a single light source, is ideal for clustering, while Bora 2 features a dumbbell-like form balanced horizontally. The third model, Bora 6 is a spiralling stack comprising three of these forms. Barber says that this fall he plans to add a wall-mounted variation of Bora to the line. 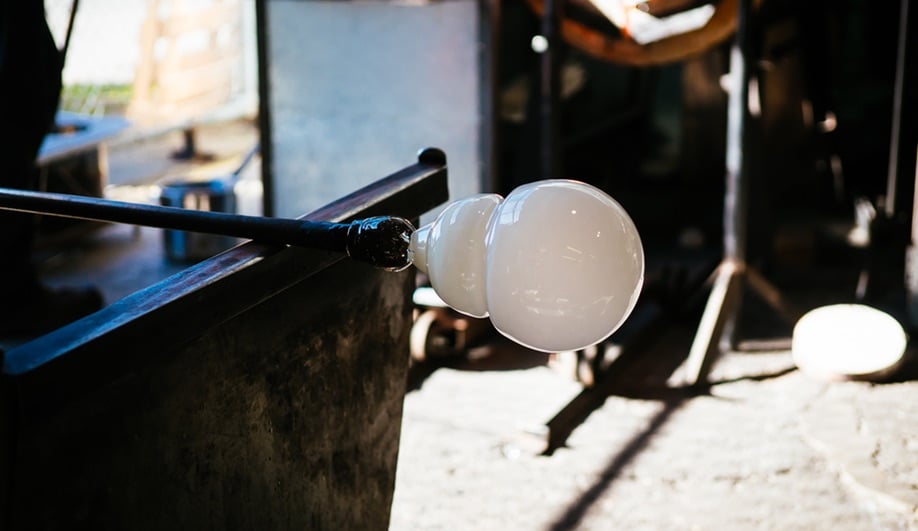 The current variations are offered in satin brass or nickel, blackened brass, or powder-coated white, though custom colours can be accommodated. The shades, hand-blown by an artisan who also has a shop in the same neighbourhood where Barber works, is available in a warm, creamy opal white, or an opal grey green that has just a hint of colour that seems to disappear when the lamp is illuminated. 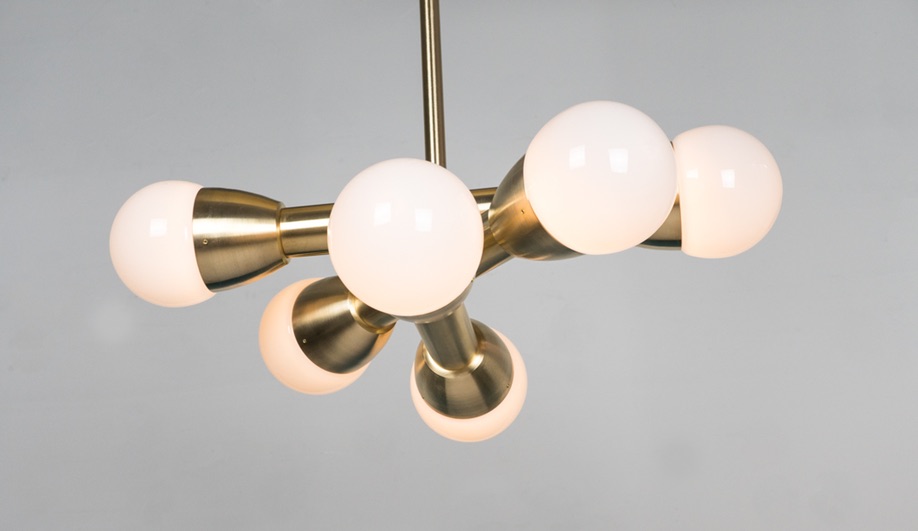 Barber is showing the lamps along with a handful of older designs, such as the Lyra mirror, but ICFF’s two-day run at the Javits Center isn’t the only opportunity to see Barber’s work during design week. He’s also showing a new piece as part of the Chair exhibition at The Future Perfect. The gallery’s founder, David Alhadeff, and director  Laura Young invited Barber to design a piece for the show, which feature 50 one-of-a-kind seats, from an impressive selection of designers including Chen Chen and Kai Williams, Piet Hein Eek, Pinch, Ryosuke Yazaki, and fellow Vancouverite Omer Arbel. It won’t be hard to recognize Barber’s contribution: Spun is yet another metal sphere, this time with a one-quarter wedge sliced away to create a whimsical, smiling effect that evokes both PacMan and Barber’s 2017 Spun stools. 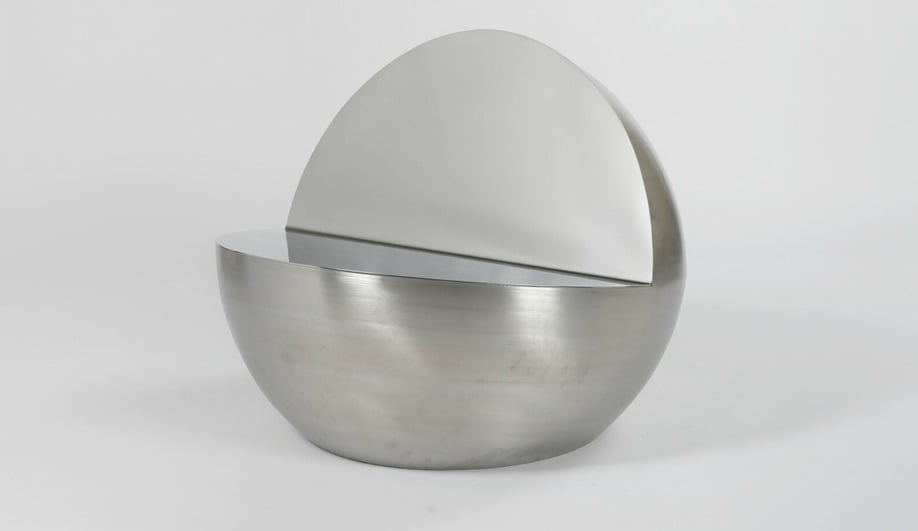 The Chair runs at Future Perfect through to the end of May, while ICFF takes place May 18 to 22.