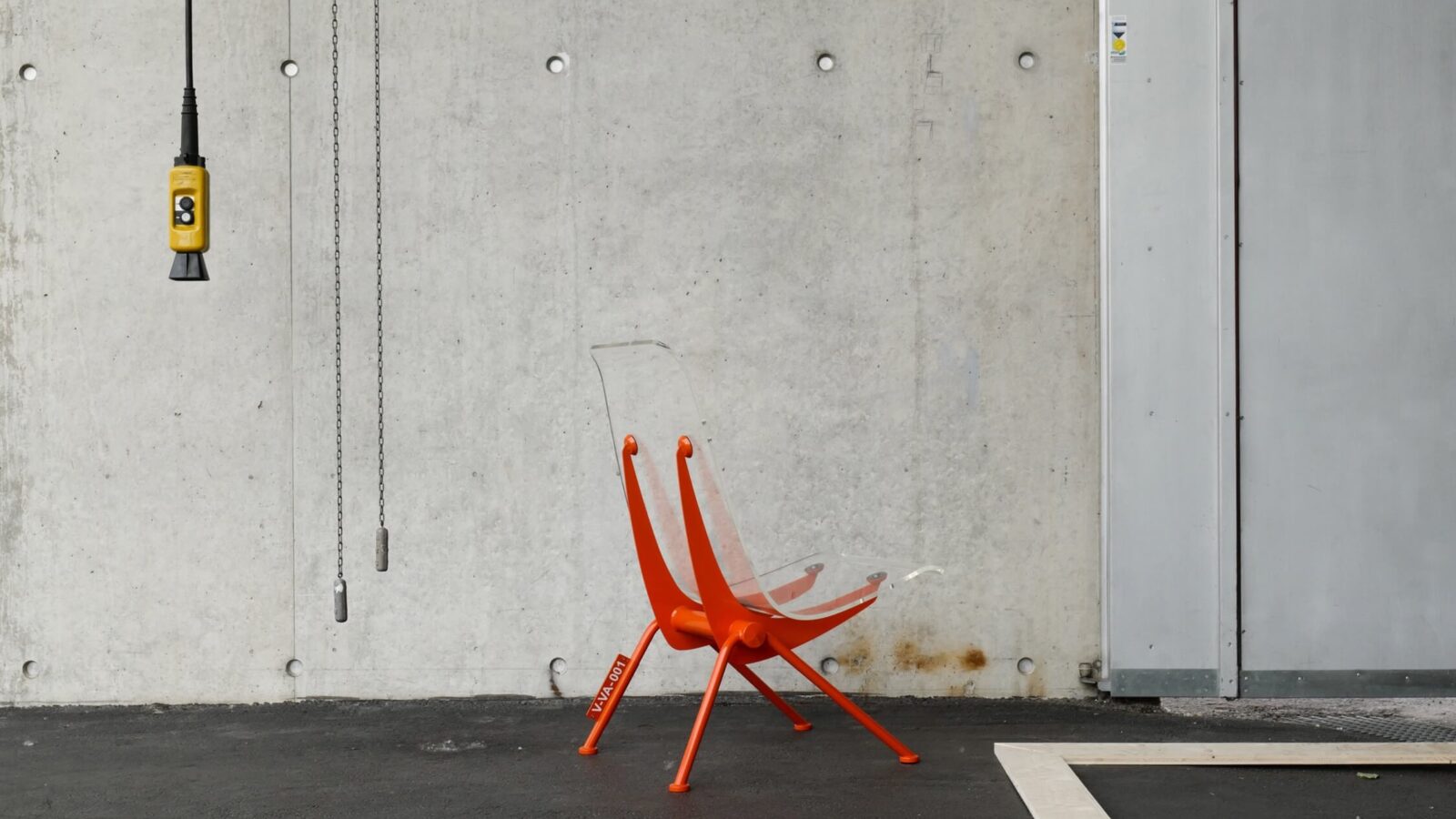 Virgil Abloh Contemplates the Past, Present and Future for Vitra

The Louis Vuitton creative director and former Kanye collaborator creates a three-part limited-edition series for Vitra that hacks the past and imagines the future.

It’s Virgil Abloh’s moment. The multi-hyphenate creative – a fashion star and director of Louis Vuitton’s menswear line, an architecture-trained industrial designer who’s worked with IKEA and Rimowa, and a professional DJ and fine artist – is the subject of a retrospective at MCA Chicago and a Vitra installation on the future of furniture.

With an exhibition design by AMO’s Samir Bantal, the MCA retrospective takes a sweeping look at the 38-year-old’s oeuvre, from his start at the Illinois Institute of Technology and decade-long position as the creative director for fellow Chicago native Kanye West to the establishment of his own fashion career, first working with Hood by Air and then founding the labels Pyrex Vision and Off-White.

While his original claim to fame might be in the world of fashion – he designed Serena Williams’ Queen Dress and the gown that Beyoncé wore on her 2018 Vogue cover – the exhibition also discusses his love for hacking, reinterpreting, and putting an ironic spin on every facet of design culture and doing so in a way that speaks directly to a young audience that receives its information mostly from social media. The museum also features a pop-up shop called Church & State featuring limited-edition pieces creating exclusively for the MCA.

The MCA exhibition might be the best lens through which to contemplate Abloh’s unconventional collaboration with Vitra. Titled TWENTYTHIRTYFIVE, the show at the Vitra Campus Fire Station (designed by Zaha Hadid) in Weil am Rhein, Germany, hypothesizes a fictional teenager’s home in the year 2035, through the framing of “past/present” and “tomorrow.” The “past/present” vignette features iconic lighting and furniture pieces that are viewed through a dreamy filter, the items depicting memories of the past. Yet this past is influenced by the now: two classic Jean Prouvé works – the Petite Potence lamp and the Antony armchair – are given new life. Hacked by Abloh, the light is now lacquered in construction-fence orange and features an LED bulb in an oblong cage, and the chair has a plexiglass shell that accentuates its metal structure, also painted vibrant orange.

In “tomorrow,” the designer creates a new type of space-building tool – a ceramic block that can be used to assemble walls as well as provide “catch-all” storage. The Ceramic Blocks, orange-glazed, of course, can be purchased through the run of the exhibition, with each brick extraction altering the structure and appearance of the space – and Abloh’s vision of the future. In fact, another limited run of all three “spin-off” products, numbered and marked, sold out immediately after the show’s Art Basel opening. The entire installation will travel to the U.S. after closing at the end of July at the Vitra Campus in Germany.

The Vitra collaboration speaks to Abloh’s deft remixing of past and present, his ability to translate material culture into both witty pop culture statements and a meaningful direction for the future. As MCA Chief Curator Michael Darling puts it, “[Abloh’s] projects have unfurled with intention, precision, critique, historical awareness, cultural sensitivity, and rigour, and when taken out of the buzzy, frothy context of luxury fashion, celebrity mannequins, and hip hop one-upmanship, a very measured vision emerges.”

The Louis Vuitton creative director and former Kanye collaborator creates a three-part limited-edition series for Vitra that hacks the past and imagines the future.