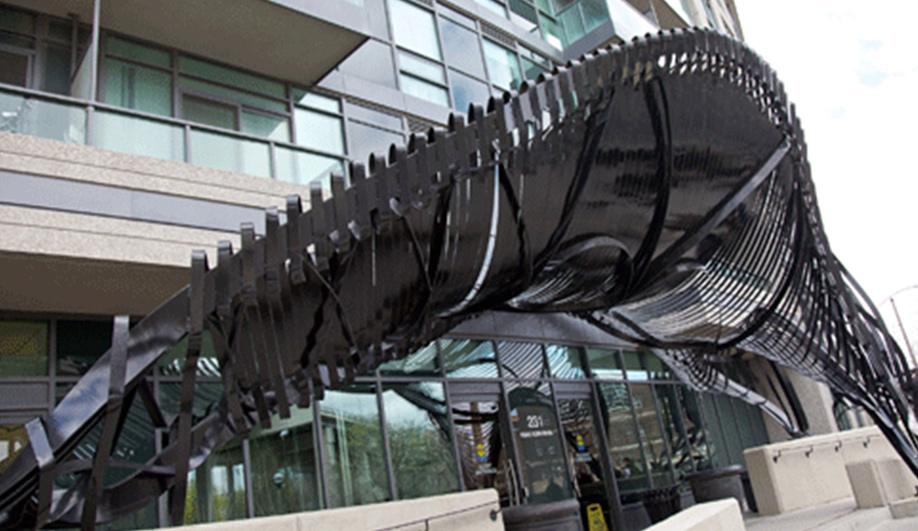 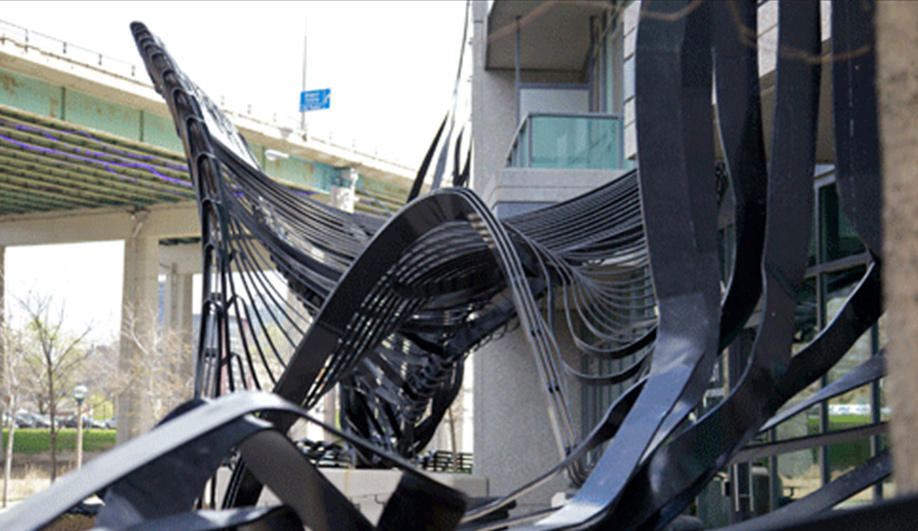 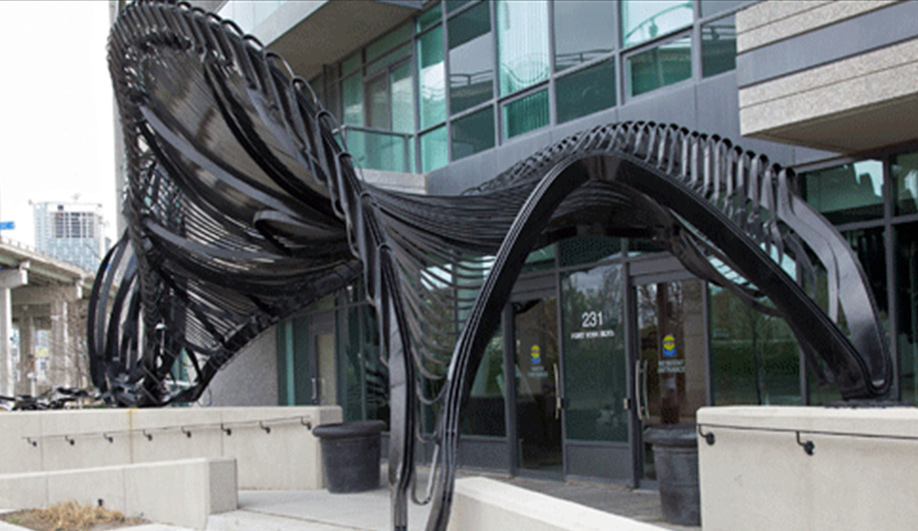 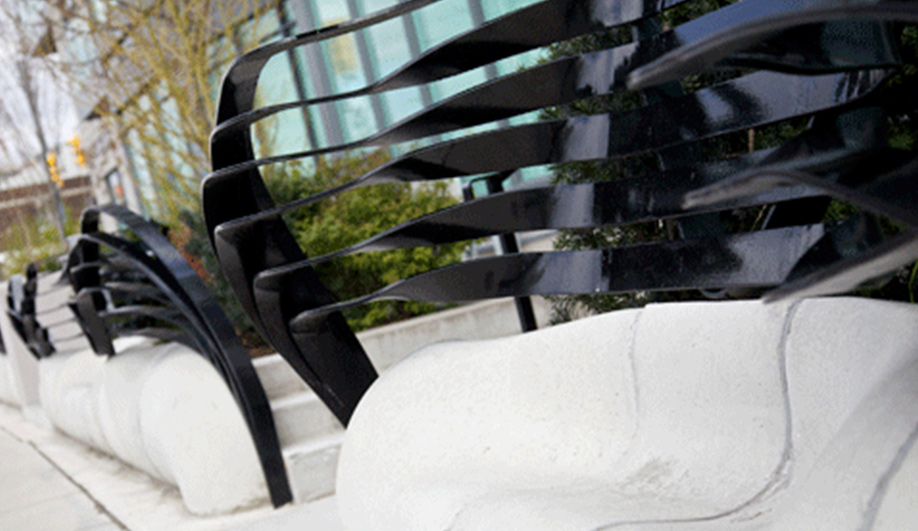 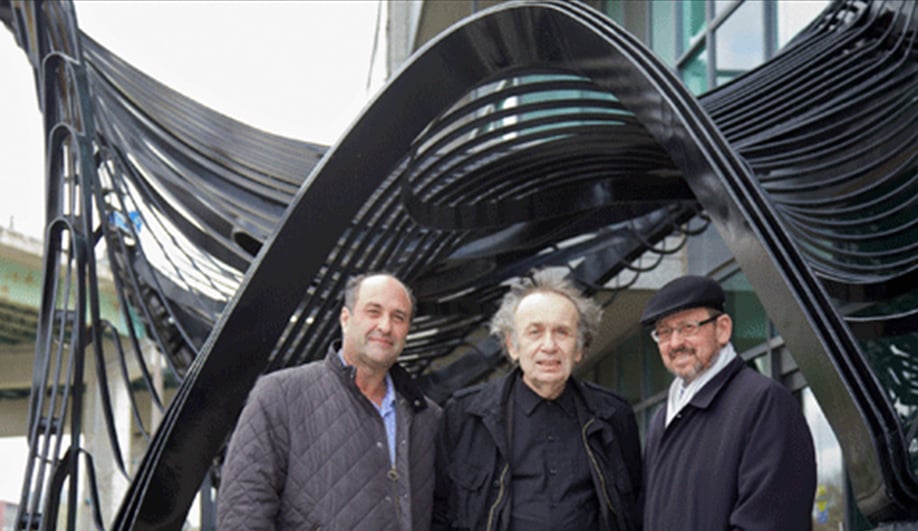 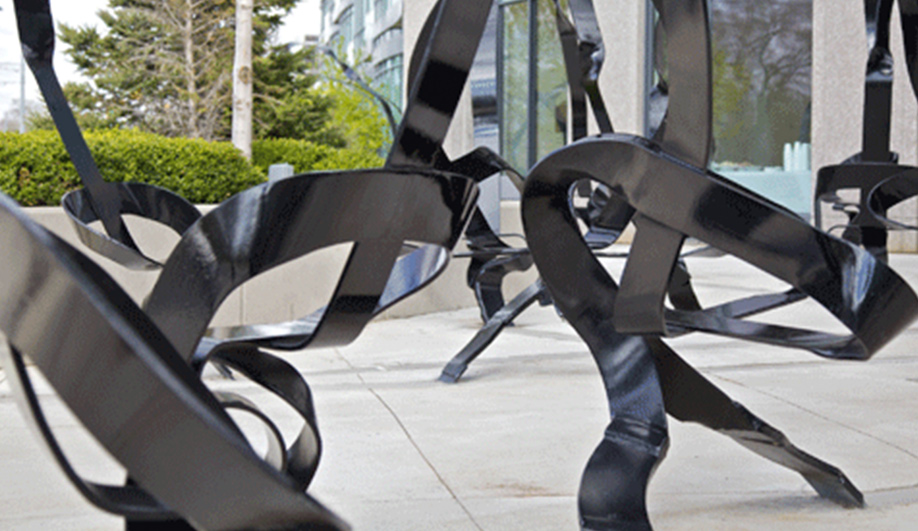 It’s hardly news that condo development around Toronto’s Lake Shore Boulevard is booming into a burgeoning, if controversial, concentration of residential towers. But Acconci’s newly unveiled contribution to one condo shows that even these massive buildings can make a daring artistic statement.

About a decade ago, Lanterra Developments held a design competition for an outdoor fence for its WaterParkCity condo community, in the historic Fort York area, and selected Acconci’s striking public art proposal as the winner. (The juried competition was commissioned by both the developer and as part of the City of Toronto Private Developer Percent for Project Art program.)

Earlier this week, the artist-architect was on hand at the official ceremony to mark the dedication of his public work to the City of Toronto. The undulating hand-hammered steel sculpture, designed in his Brooklyn-based Acconci Studios, is sure to be a magnet for lovers of art and architecture alike.

Its dual appeal is easy to understand. Once a performance and installation artist, Acconci maintains a playful and complex spirit within his work as an architect. His screen addresses the exterior spaces that surround the condo towers while engaging with passers-by. “The idea of privacy seems wrong to me,” Acconci stated at the event. This sentiment is clearly woven into the glossy black tour-de-force, which effectively blurs the line between private and public zones.

The hand-hammered steel ribbons weave energetically around the towers, at times twisting into bucket seating and benches, while at other points soaring overhead to create a canopy and windscreen. As a grand feat of engineering, the project was “expensive and ambitious…with negotiations for every curvature,” said Karen Mills of Public Art Management.

On a guided walking tour of the installation, Acconci shared his motivation behind the work with Azure: to encourage viewers to not be subservient to the architecture that surrounds them but rather to be empowered by a sense of fun.