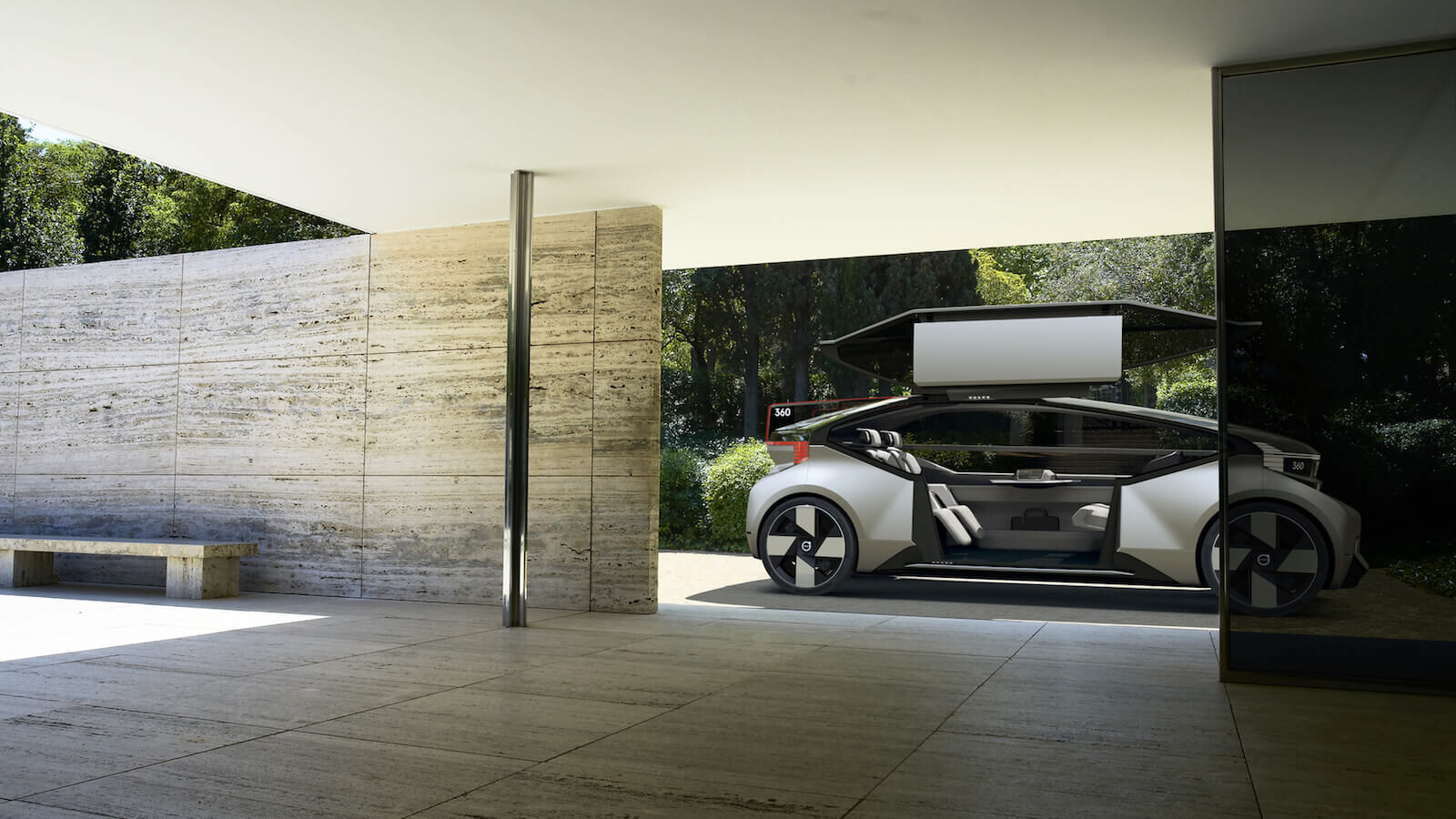 Why Volvo Wants You to Redesign the Garage

Earlier this fall, Volvo announced a design competition with a deadline of December 31. It wasn’t for a new automotive concept but for the garage space. Called New Garage Design Challenge, it invites Canadians – from professionals to amateurs – to “re-think the entire garage and vehicle relationship into one that embodies livable, innovative and sustainable elements.” The prize is $2,500 as well as media coverage and exposure during IDS 2021. The jury is impressive in its own right: it includes Javier Campos of Campos Studio, MSDS Studio’s Jonathan Sabine and Jessica Nakanishi, as well as APPAREIL Architecture’s Kim Pariseau and Justine Dumas.

Another important juror: Volvo’s own head of design, Robin Page. We spoke with Page about how the future of car design will influence how we design our spaces and vice versa. 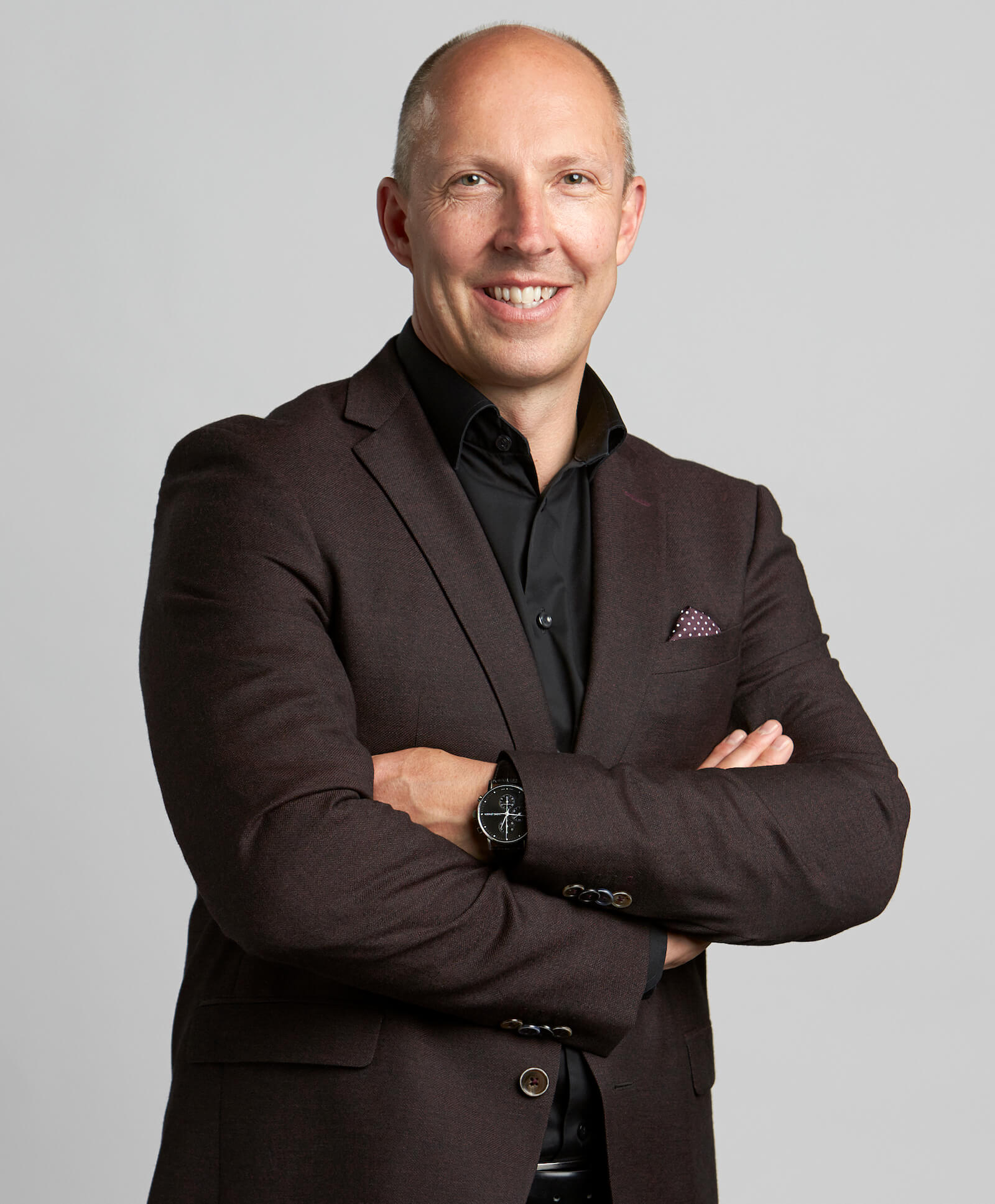 From designing luxury cars – you designed the Queen’s Bentley! – you’ve moved onto working at Volvo, a brand synonymous with democratic design and with safety. What has your trajectory from rarified commissions to your current role meant for you?

I’ve always admired Scandinavian design. As a designer, you always want to test yourself. I’d done the British craftsmanship angle and was ready for a new challenge. And I have to say I joined Volvo when the company was about to change. Immediately, we had three concepts to start the vision, and have since delivered cars that are award-winning. Now we’re really innovating and bringing new ideas to the fore. Volvo has established itself as a design brand and not just a safety brand. And it’s very inspirational.

What inspired Volvo to create this challenge?

For us, we’re creating our next generation of cars with a big focus on full electric cars, sustainability and Scandinavian design. At the moment, we’re launching the full electric XC40. And with that in mind, it’s an interesting time to then challenge the design world and say, let’s look at a new take on the garage and how it fits with the household. Especially with electrification, you haven’t got petrol fumes in the garage. And with the coronavirus, people are escaping from the other rooms of the house and sitting in the car to listen to music or watch a movie. Also, the garage space has never been challenged – it’s just kind of evolved. 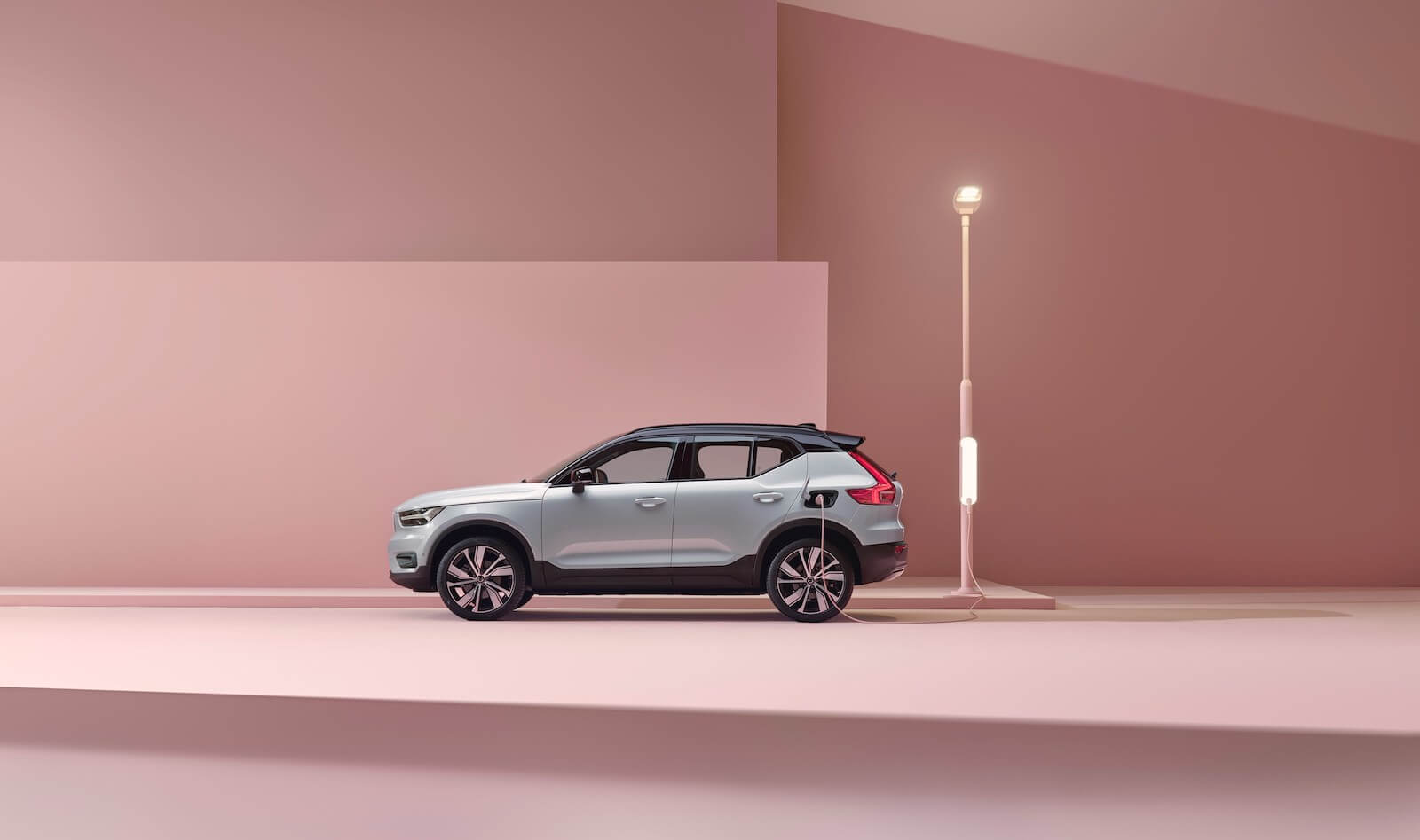 In such a pragmatic competition – rather than designing a fanciful concept car, entrants are rethinking the garage – where do you see opportunities for vision and beauty?

As designers ourselves we’re thinking how this new take on the garage will be. For instance, wouldn’t it be wonderful if I could pop my car in my house where I can look at it? Electrification definitely makes the car more accessible to bring into the house space, whether it’s a closed environment or not, because the cars are quieter and cleaner.

Also the user experience of digitally connecting with your car opens a new opportunity. Through an app on your phone, you can start the car before you get into it, check its status, look at your driving performance. When you get in the car, you’re automatically connecting as well with your personal advice. And it’s a fantastic environment to then listen to music, to work or to be with your friends.

What’s really interesting is to see what other designers from different industries bring, because that’s a take that could influence our car design journey as well. So I’m really intrigued to see what comes.

On the topic of the car becoming a different kind of space, Volvo presented a concept for a self-driving car. In the renderings, it had a bed with somebody sleeping in it.

It’s called the 360C. We just challenged ourselves to consider autonomous driving in the future. If this is where we’re going to go, what opportunities does it open up? One of them was the sleeping car. In Canada or the U.S., imagine travelling from city to city, and rather than going to the airport and having delays and security issues, you could be picked up from your home or office. The journey could play itself out so that you have your time, whether its sleeping, working or watching a movie. 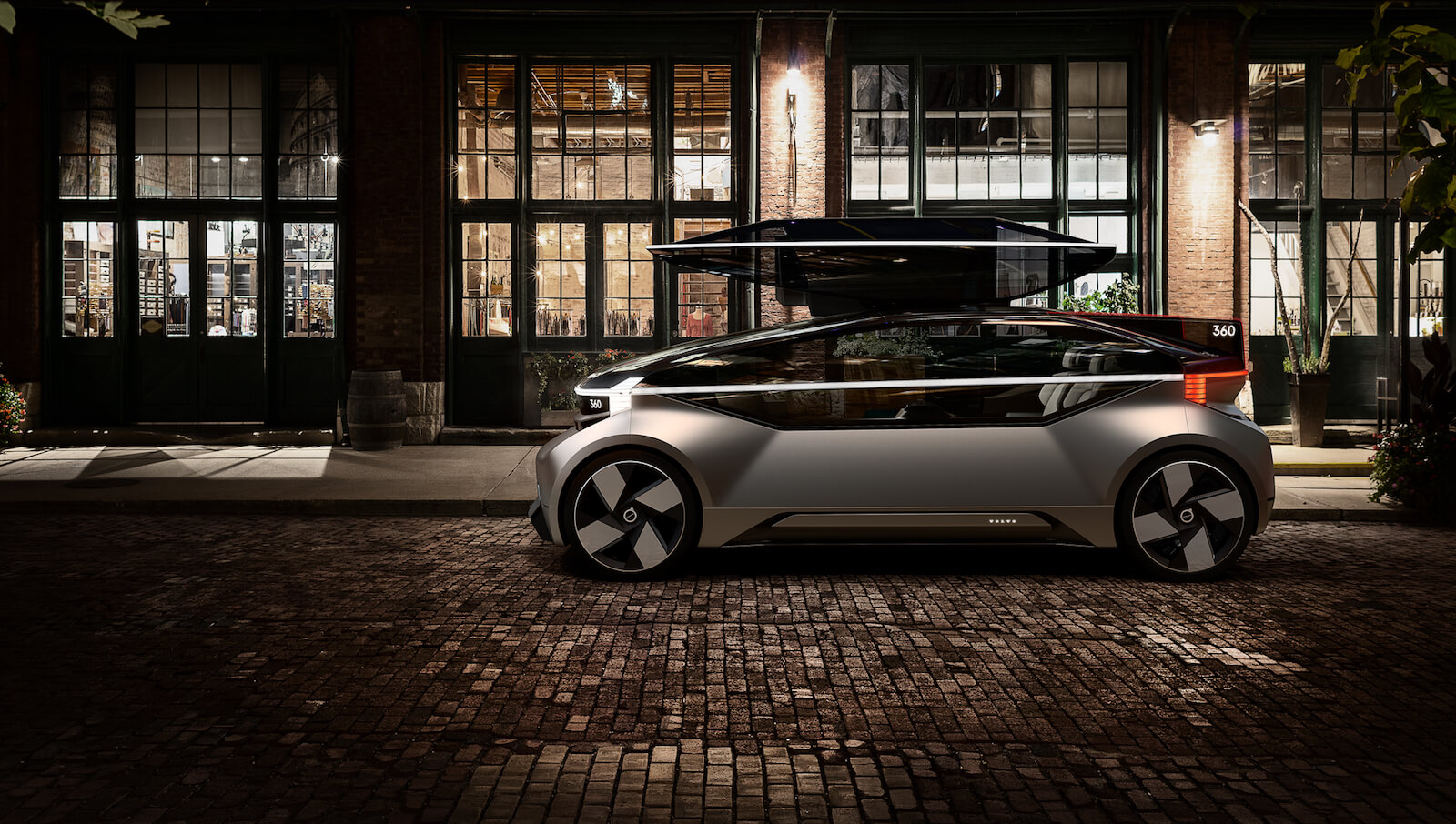 We’ve been hearing a lot about driving in the future over the past few years – about self-driving cars, mass-scale deployment of electric vehicles and pavements engineered to recharge them. But what actually has staying power?

Electrification is well on its way now. Governments are now bringing in their own visions – for instance, setting dates from which manufacturers are only allowed to sell electric cars. For Volvo that’s our strategy – electrification is a huge part of our next portfolio of cars. As for autonomous drive, we’re in the phase of collecting data, and we’re already advancing quite well with pilot assist, which is an early form of autonomous driving. That’s the technology guiding you even if you’ve got your hands on the wheel. Once the data and technology come together, we’ll get to a point where we can start activating autonomous drive – in certain zones and certain situations. But it’s all going to be a stepping-stone journey of how we progress. So I think it’s definitely part of our future. And the whole point is to increase safety, because we’re taking out that human error.

That’s a good point. It seems we only receive news about autonomous cars when they fail and get into accidents – which is rare. Is that frustrating?

This is all part of the journey we have to go on. We have to collect all the data. And there are situations where these cars are going into new territory and we’re learning all the time. But it presents lots of opportunities: now we can start to play with new ideas of interior space, and how people use their time in their car now that they have more time. Hence the 360C concept.

How has COVID influenced car design?

The coronavirus crisis has actually accelerated our focus on electrification and sustainability. The XC40, for instance, features materials made of recycled PET bottles, in the doors and carpets, as well as recycled aluminum. And as we move into the future, we’re also looking at natural materials and ultimately recycling those natural materials. In fact, in the New Garage design competition, we would be really interested to see that approach to materials.

Then there’s easy-clean surfaces. We’re reducing the amount of switches and touch surfaces and keeping things to one central screen and minimal switches around the car. Connecting with personal devices is important as well: The next generation are really connected to their devices but they want seamless connectivity to the car, predicting their journey and the music they want to play.

What are you looking for in the entries?

A good challenge is how people understand the brand. Like, okay, that’s a Volvo garage – a cross between the DNA of the brand, its culture, and Scandinavian aesthetic interpreted into architecture and materials. It would be interesting to see if there’s anything from this year that changes the way they think of the space and the car, and of a lifestyle environment in general.