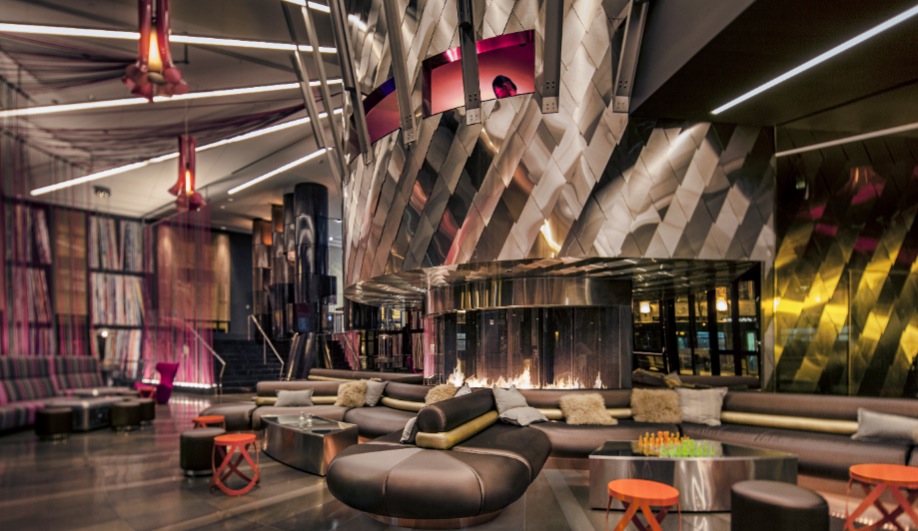 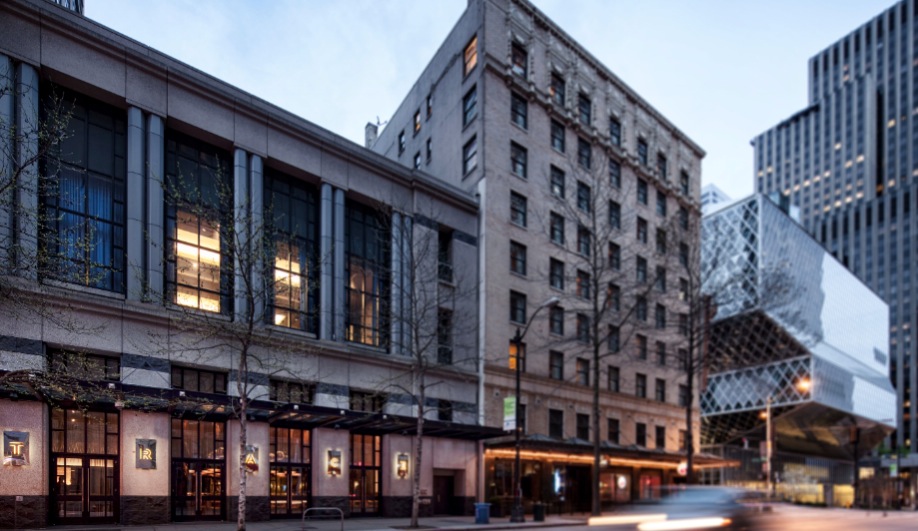 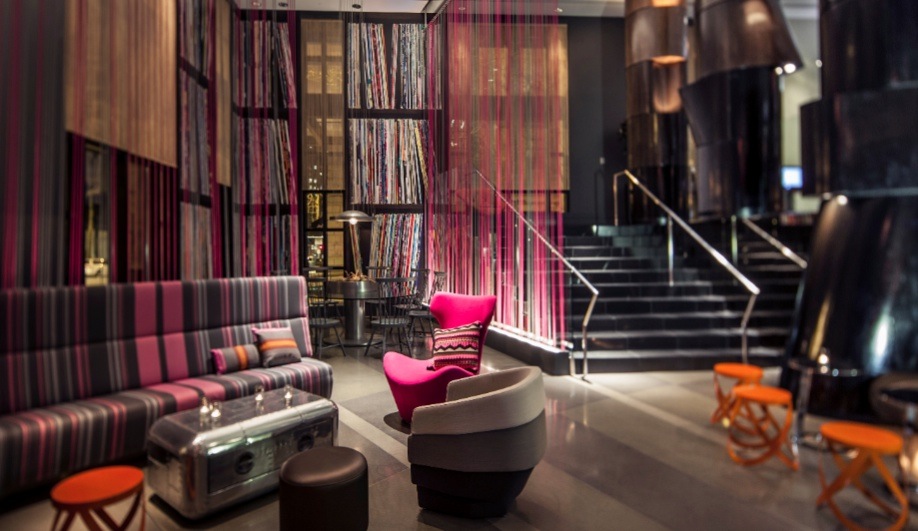 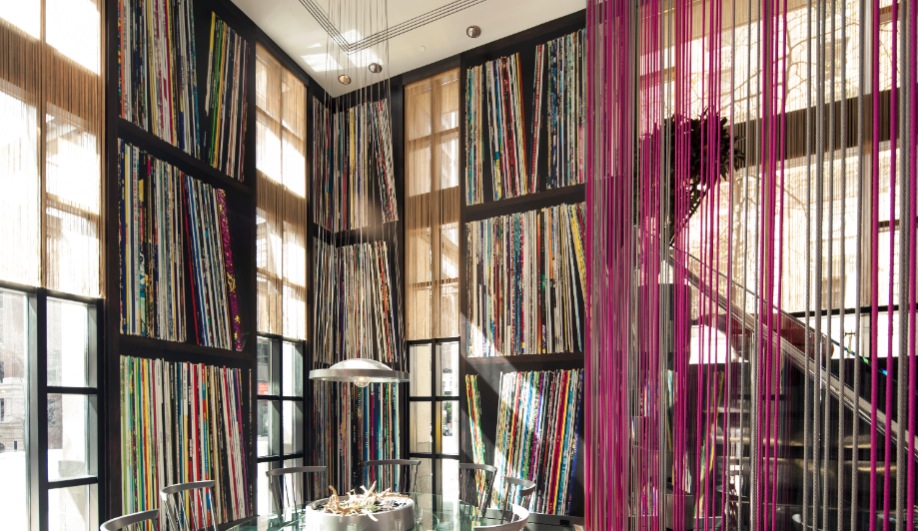 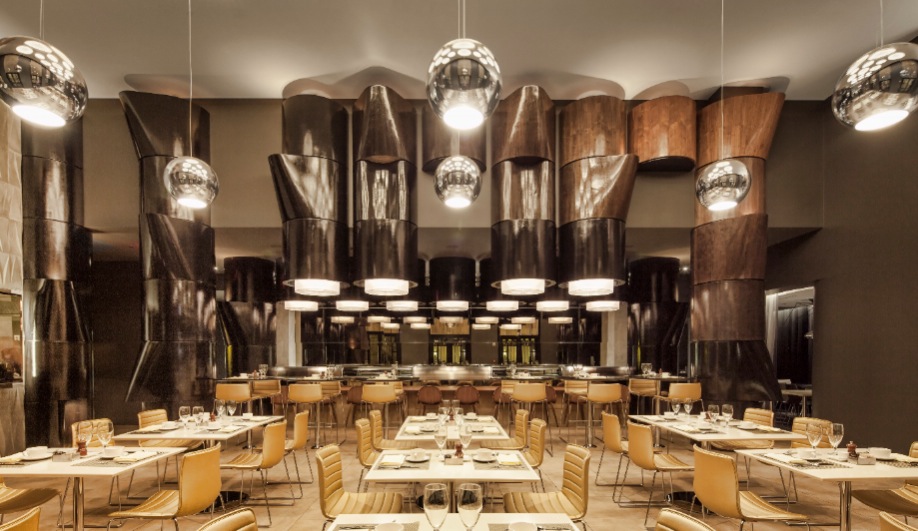 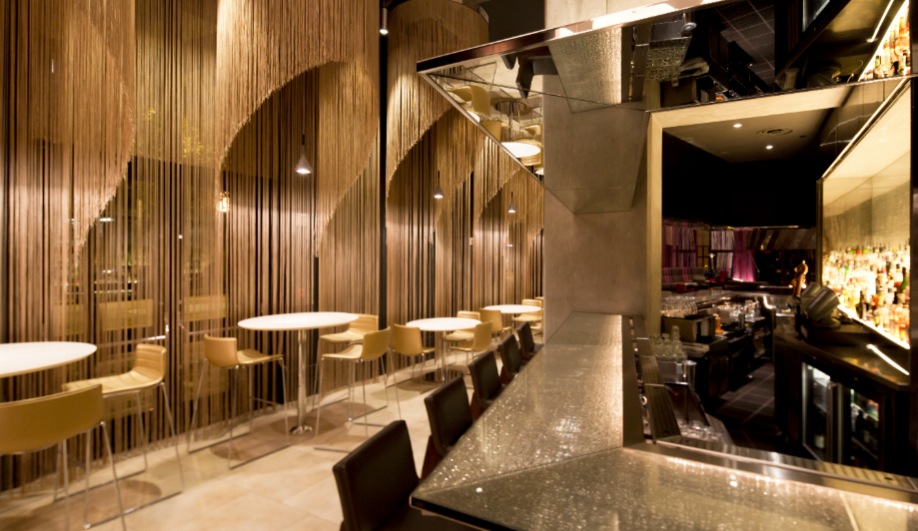 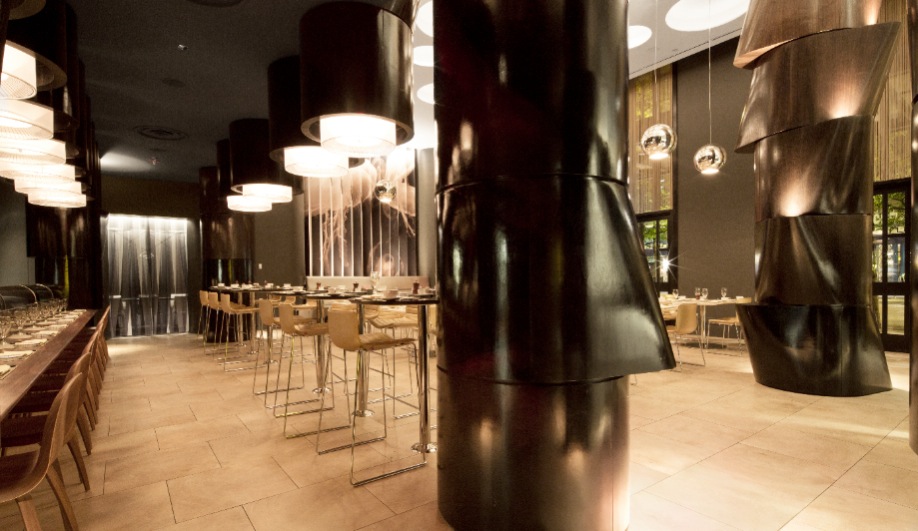 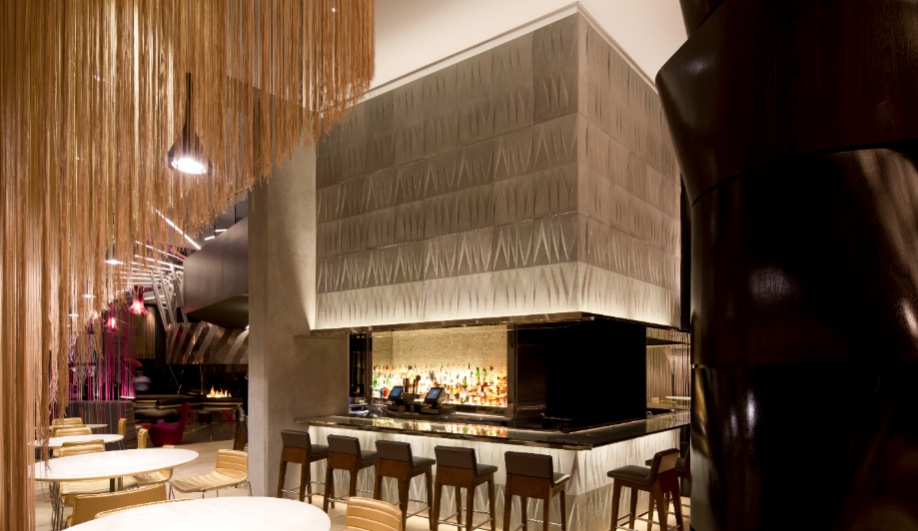 Drawing from Seattle’s music scene alone – which introduced the world to Jimi Hendrix and Nirvana, and boasts one of the world’s oldest orchestras – an interior designer can find endless creative fodder. So when called upon to renovate the W Hotel Seattle, Portland’s Skylab Architecture decided to juxtapose features that capture the spirit of the Emerald City, starting with grunge music and the symphony, but also including such reference points as mountains, wharfs, aviation and the Space Needle.

To represent the city’s aeronautical history (Boeing was founded here), Skylab installed a massive four-storey circular fireplace in the centre of the living room on the main floor. Remnants from a dismantled jet formed the inspiration for its custom fabricated tiles: stainless steel scales are brushed with alternating patterns to evoke torqued movement. On the third floor, a DJ spins from a booth in the “flight deck.” The floor’s radial pattern draws focus to the fireplace, while the adjacent library’s photorealistic wallpaper depicts stacks of vinyl records.

Also in the living room, vibrant dividers made of string harken back to Native American weaving. They extend from behind the sofas, visually connected to the screens by their striped custom upholstery, all the way up to the ceiling, where they form nets. Dangling down from these webs are chandeliers consisting of one-metre-long hand-blown glass tubes.

The thread motif continues into the 100-seat dining room, where the tables along one perimeter are enclosed in a semi-cylinder of fringe. Yet this room is really defined by an oversized mural that alternates the image of a jellyfish (a nod to the city’s waterfront) with that of a jet plane. Even the bar bears a custom patina; its concrete tiles are digitally printed with the pattern of a Pendleton blanket. Vertical lodge poles with slits for ambient lighting are interspersed throughout the space; they reference log buildings and totems to create the experience of walking under the wharf.

Skylab Architecture’s revamp follows on the heels of the firm’s designs for such global organizations as Nike, for which they created the temporary exhibition Camp Victory, a pavilion at the University of Oregon showcasing the sports giant’s innovation during the U.S. Olympic Trials track & field competition. Over the next year, Starwood Hotels and Resorts will unveil redesigns across 11 of its W Hotels including L.A., Chicago and New York.

W Seattle is located at 1112 Fourth Ave in Washington.