How WeWork Used Design to Build a Gig-Economy Juggernaut
WeWork, which will soon have 200 operations around the globe, uses a design-focused approach to gain its competitive edge. 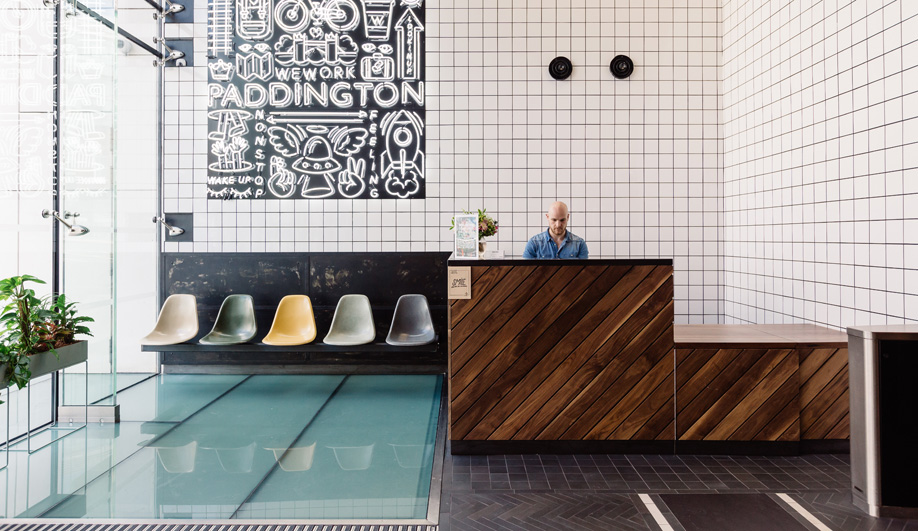 WeWork Paddington in London is within walking distance to the Tube. It features amenities like a nwellness room nand terraces.

The global company uses a design-focused approach to gain its competitive edge.

When WeWork entered the coworking sphere in 2010, the concept of freelancers and entrepreneurs sharing space wasn’t entirely new. What made the company stand out was its commitment to “cool” design. More than just desks and chairs, WeWork offered clients attractive places to lounge and socialize, and that translated into energetic workspace communities – the kind of vibe most start-ups thrive on. “There’s a power to being around like-minded individuals who are pursuing their life’s work and passion,” says Federico Negro, global head of design at WeWork’s New York office. “And our spaces are meant to nourish that kind of productivity, progress and inspiration.” 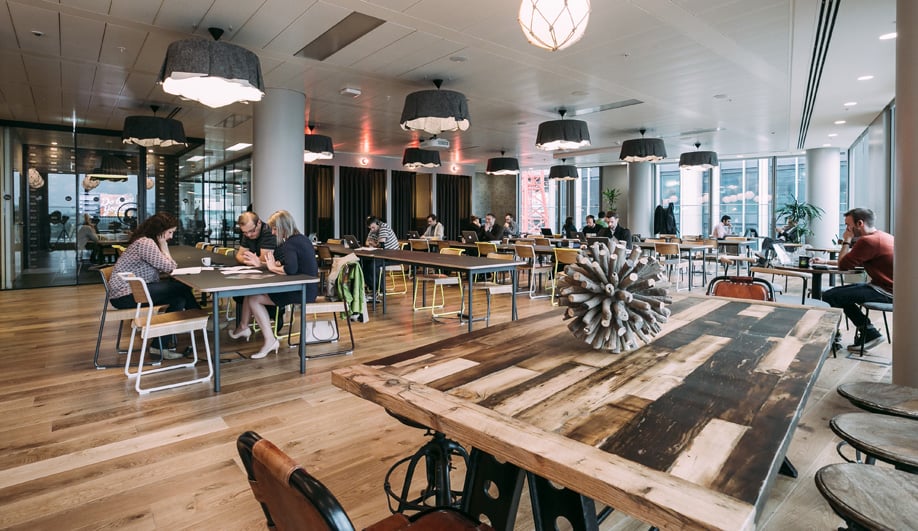 Along with a number of family-style tables, London’s South Bank location includes showers and bike storage.

Seven years later, the company has refined its methods and branding into a fail-safe formula. Online, the WeWork community connects via an app. Offline, they gather in shared kitchen and dining areas, where there is a constant hive of activity. Members refill their coffees in Do What You Love WeWork mugs, use the communal printers, play at the foosball table or enjoy a (free) beer. The spaces are open and welcoming, with an eclectic assortment of furnishings and art pieces that are, for the most part, sourced locally or commissioned. No two WeWork locations are the same, but they do share the casual aesthetic of a hipster café.

“The goal should be to offer people ways to interact with a space but not necessarily dictate how to use it,” says Negro. For that reason, communal dining tables double as flexible work desks, and hot-deskers needing to concentrate can find refuge in upholstered booths set off to one side. The cleanliness and ease of just being able to plug-in anywhere is another essential feature that has turned WeWork into the largest company of its kind. 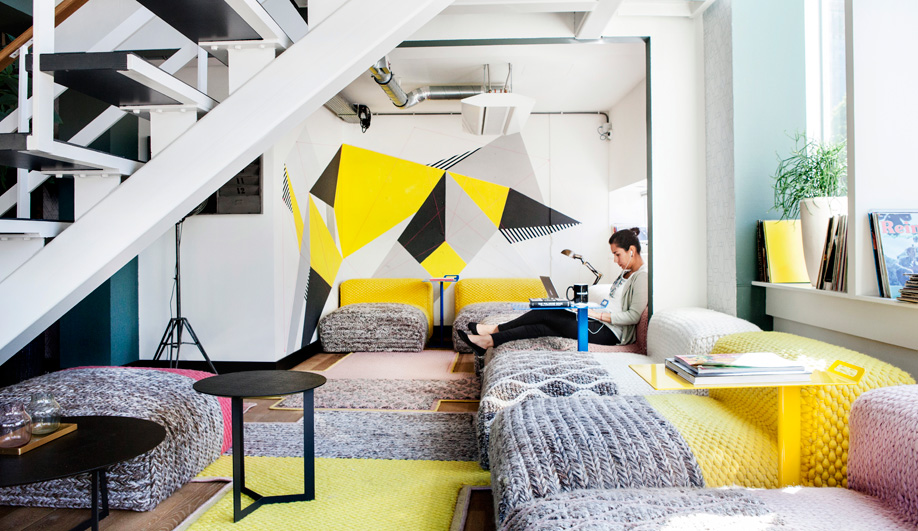 A common space in WeWork Metropool in Amsterdam is decked out with wool-covered lounge furniture and bold artwork.

By early next year, WeWork will have more than 200 locations in operation around the globe, supplying work environments for an estimated 1.2 million people who have used a shared space at some point in their careers. In the growing “gig economy,” flexible offices like these are likely to outgrow permanent offices, but that’s another story.

This story was taken from the November/December 2017 issue of Azure. Buy a copy of the issue here, or subscribe here. What do you think? Send your feedback to editorial2 [at] azureonline [dot] com.