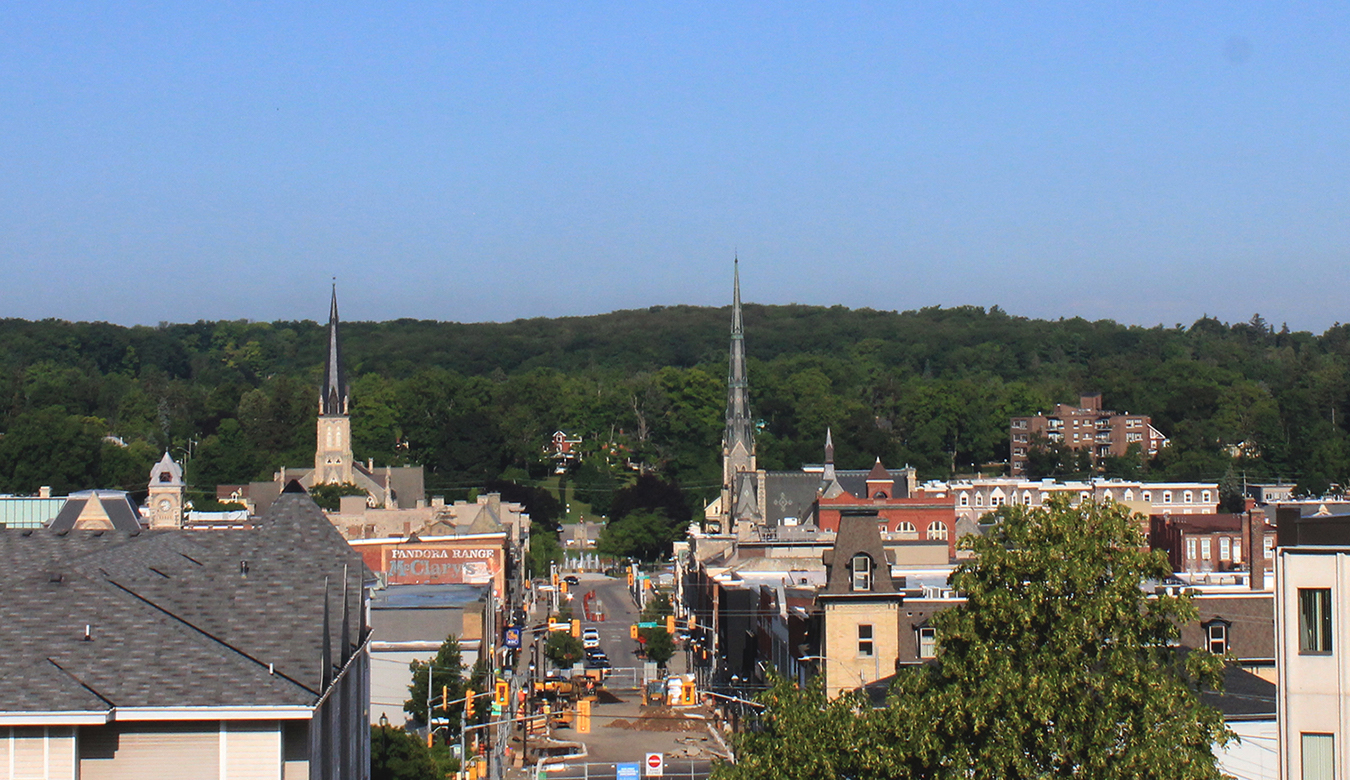 Founded in 1816, on land granted to the Haudenosaunee of the Six Nations of the Grand River in the Haldimand Treaty of 1784, the historic Ontario town of Galt straddled the Grand River for a century and a half — until its amalgamation with several nearby towns in the 1970s created the City of Cambridge. A preserved hub of 19th and early 20th century buildings, the Galt Core retains much of its urban heritage, including 13 designated heritage properties. Although the last century saw demolition make way for modern development and parking lots, the community retains a distinct historic character — one that the city is now taking a misguided step to protect further.

On October 5, 2021, the City Council of Cambridge voted to advance the creation of a “Galt Core Heritage Conservation District.” Under the Ontario Heritage Act, municipalities can designate Heritage Conservation Districts, or HCDs. Unlike those individually designated heritage properties, an HCD can take any scale, from a street to an entire municipality. The intent is to support the conservation of cultural heritage beyond an individual structure — taking into account more holistic factors such as the prevalence of certain architectural styles, specific views and vantage points, and a sense of place.

Council and city staff have framed this choice as a common-sense decision to conserve our built heritage, drive tourism, create economic prosperity and encourage appropriate development in Galt’s long-struggling downtown core. Unfortunately, the proposed Heritage Conservation District so fundamentally misunderstands the social, cultural, and architectural heritage it seeks to protect that it can — and likely will — instead be used to block the stewardship Galt’s historic core badly needs. 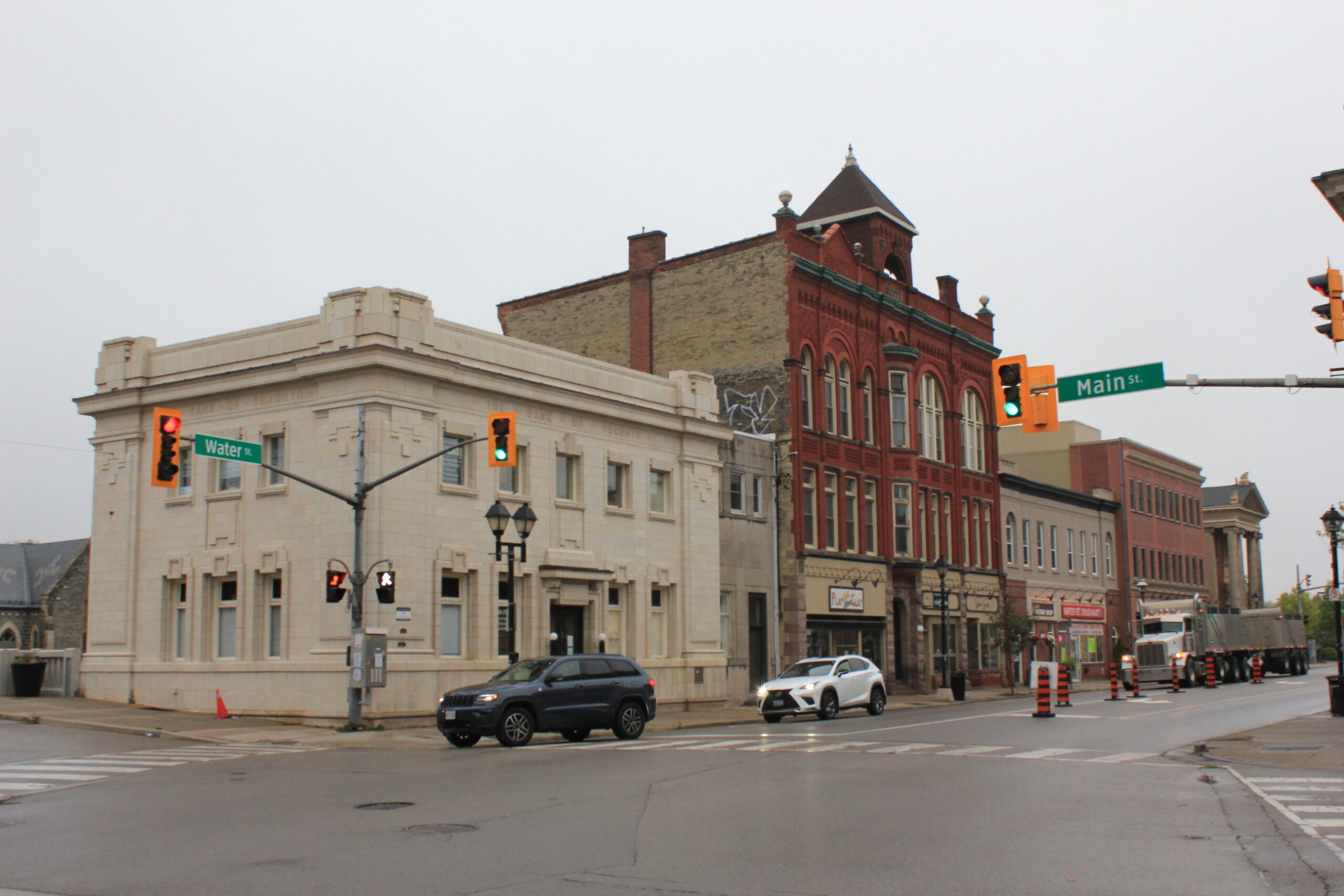 The intersection of Main and Water is at the heart of Galt’s historic downtown.

As a resident of the proposed HCD, I support the thoughtful and effective heritage conservation of my neighbourhood. What I cannot support is a framework where preservation is invoked to prevent urban development — and a plan that that doesn’t actually guarantee the conservation of our built heritage.

As a part of the designation process, the city has prepared and published an HCD study identifying the heritage values worth preserving within the “study area,” the densest section of the core that lies east of the Grand River. As this document is intended to steer future heritage regulations, it should have been a straightforward identification of heritage assets and the history of the region. Instead, it’s astonishingly vacuous and superficial.

Most significantly, the identification of “social heritage value” is limited to the Galt Core’s “public squares,” which would “serve as important areas for civic and social congregation.” On its own, it is a naïve and flippant framing — the only historic public square downtown is a parking lot that hosts the farmer’s market on Saturday mornings. Given the area’s history of colonial occupation, the report’s meagre documentation of social heritage is shocking.

The HCD study’s ignorance isn’t limited to poor historical analysis. While the city and its consultants directly invited the area’s landowners for multiple consultations, no similar attempts were made to consult or inform area residents directly.

Considering that the report is intended to shape the goals and objectives of the future Heritage Conservation District’s activity, the blatant disregard for the character of the area is worrisome. Rather than a mixed-use urban area defined and animated by the people who lived and live here, the history of the Galt Core is identified as a place suburbanites and tourists gather or shop or look at the steeples of nearby churches.

If the goal of the HCD is to preserve the historic character of our downtown core, why disregard its fundamental urban nature? It might mean this facet of its history is unimportant — or inconvenient.

After all, while the intent of a Heritage Conservation District is ostensibly to conserve heritage, it’s not necessarily what an HCD actually does. In a regulatory sense, HCD designation grants municipalities an otherwise unattainable degree of control over virtually every facet of the planning and approval process. While this occurs under the understanding that such control will be used in good faith to conserve the area’s heritage, the reality is often very different.

Across Ontario, heritage protections are frequently invoked to delay or block development and densification. For example, when the owners of Glen Abbey Golf Course announced plans to build some 3000 residential units, the town of Oakville designated the 46-year-old golf course a heritage site specifically to hinder the development. In 2020, using the argument that they represent an early 20th century streetscape, Toronto planners put forward 167 (mostly unremarkable) buildings on the Danforth for individual heritage designation, eclipsing the number of buildings designated in the entire city the year prior. A proposal for a daycare kindergarten in the Cabbagetown HCD has faced years of opposition from neighbours concerned, among other matters, about the visual impact on the heritage community posed by strollers. 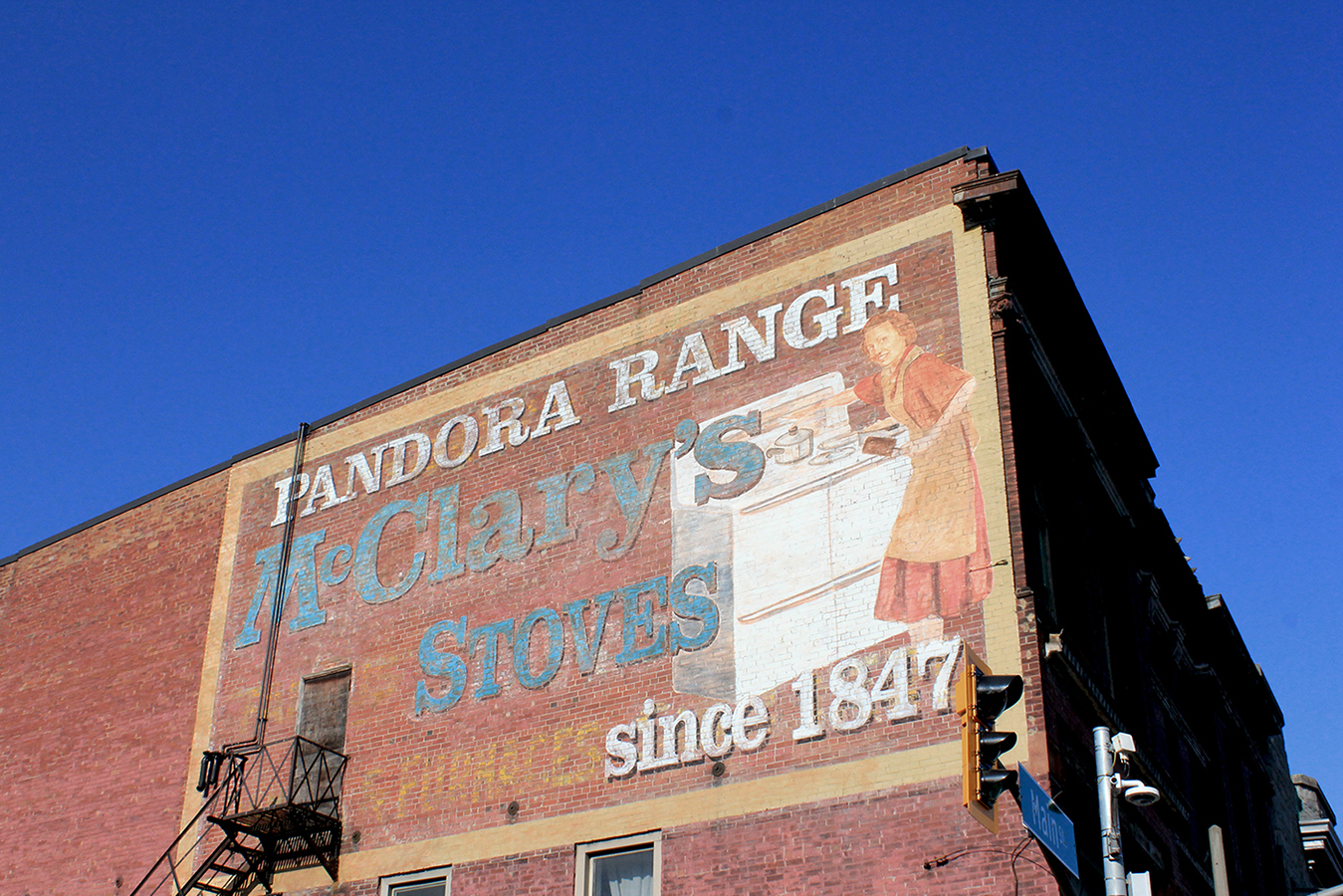 The weaponization of HCDs can even be found closer to home. It happens the Galt Core already has an HCD: the Main Street Heritage Conservation District, which has covered the south side of Main Street between Water and Ainslie Streets since 1984. Despite its proximity, it was barely discussed during the recent HCD debate, possibly because it is an obvious failure of conservation.

In a 2009 study of the Main Street HCD titled Heritage Districts Work!, the authors — representing Architectural Conservancy Ontario — write that while “a sense of human scale” was preserved, “the objective of the [Main Street HCD] to aesthetically conserve and restore buildings in a compatible manner has been less successful.” Why? The block contained multiple vacant and derelict buildings, yet was still more expensive to rent than its undesignated, well-kept neighbours across the road.

The ACO, who are major advocates of the proposed Galt Core HCD, nevertheless deemed the Main Street HCD an overall success for retaining the area’s low-rise scale and limited density. Despite its failure to conserve and restore buildings, the Main Street HCD was successful because nothing had been built there. And if an HCD can be successful without any significant or meaningful conservation, then perhaps the city’s desire to ignore its own urban heritage is more strategic than sloppy.

It should not be surprising the push for a Galt Core HCD originated alongside Ontario’s Growth Plan for the Greater Golden Horseshoe, a 2006 document which outlined “Urban Growth Centres” as areas with mandated minimum density requirements. In fact, the city’s proposed HCD boundaries are a near-perfect match to the Downtown Cambridge Urban Growth Center. Faced with mandated densification, one can imagine the additional degree of power conveyed by heritage designation would be deeply reassuring to the city, its staff, and its councillors.

If the proposed Galt Core HCD is intended to push back against densification mandates, its claimed benefits seem immaterial. It’s not guaranteed to conserve our heritage in the first place. As a spate of closures in Ottawa’s ByWard Market HCD reveal, a neighbourhood economy reliant on tourism rather than its own residents is more vulnerable to changing. It will not encourage any form of development — something HCDs are patently not designed to do. And if it does lead to increased prosperity, who will benefit? Certainly not the remaining apartment dwellers, for whom elevated property values could easily translate to increased rent.

What the City of Cambridge doesn’t understand is that Galt Core only exists because people used to live here. Just like the HCD study, council and staff have spent decades rejecting downtown’s urban history, acting like it’s no more than a strip mall and event space in need of enough free parking to thrive. Founded on such misapprehensions, the proposed HCD will do little more than lock poor policy decisions in place.

I’m thrilled Cambridge wants to do more to conserve our downtown. But if the city wants to protect our historic buildings, why won’t they let the density expand outwards at the same scale? Why is it illegal to replicate my historic apartment building elsewhere in the city without adding a (decidedly anachronistic) parking garage? If the city wants a vibrant, human-scaled downtown filled with people, why have they written bylaws to prevent it?

Cambridge has a unique historic model for a functional downtown and they steadfastly refuse to allow it to be built ever again. Rather than encourage and incentivize the growth and development of a downtown we know works, we’re going to sit idly while it hollows out further, lest a change happen that we don’t like.

We don’t need a heritage conservation district to build a functional downtown. It doesn’t have to cost us our historic buildings. It certainly doesn’t have to look like condo towers. All of this is already within the city’s existing powers, but rather than take responsibility to fix the hollowing their policies have caused, the City of Cambridge wants to give themselves the ability to just say “no.”

Whether that choice will cost us the very heritage they claim to protect doesn’t seem to matter much at all.